It has officially been over two weeks since I last updated - tut tut...

On the up side, lots to share!! Let's get started!!

Knitting
Boy, have I been busy! Although not actually knitting, I finished up ten crochet squares for the Ron Weasley blanket swap (round #7): 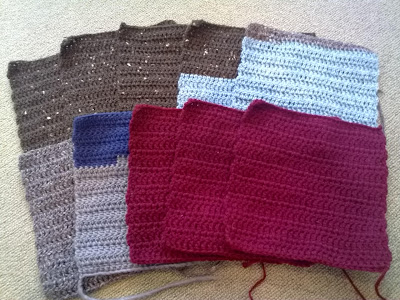 I sent them off this morning with a bag of Jaffas (the confectionery, not a bunch of Aucklanders). Three of the squares were made from some acrylic I scored for free from a lovely fellow Hufflepuff raveler over in the US. Her 18 month old had tangled the skein, and her husband had spent over an hour trying to untangle it, until they decided to give up. She announced that it would be free to a good home. So I snapped that puppy up!! It arrived looking like this: 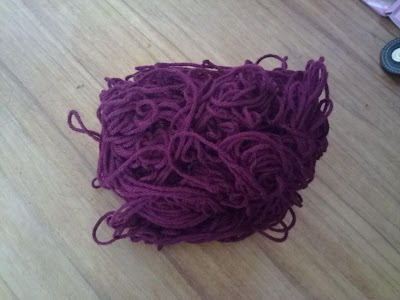 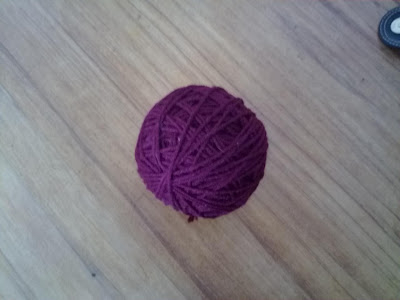 Guess some people just have the knack for untangling... ahem.

My Cherie Amour has been dragged out of time out (finally) and I managed to redo the top half with very little frogging (and two pages of hand written graphs and notes, but we won't talk about that). I'm now half way through the first sleeve. Hopefully I can get this done before the end of the year :-)

Also dredged back up out of the WIP pile are my Bug Out socks - I've started the second one. I'm only halfway through the foot at this stage, but have a (self-imposed) deadline of the end of the month to finish it. Fingers crossed!!

Another little something I've been wanting to make for a while was a Thorpe hat with my 'melted neopolitan' handspun - I managed to start and finish this on Sunday, with a little help from knitting group (that blissful three hours without bickering man-beasts around to annoy me). It's super cute and turned out exactly how I wanted it, but as I don't have any girls, this is being given away to somebody else: 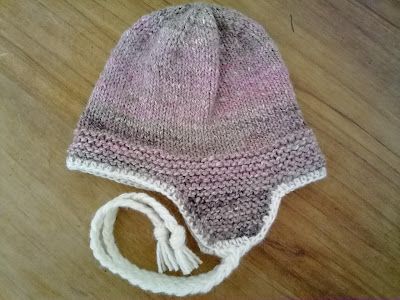 But not without getting X to model it for me first - mwaaaahahahahahahahaaaaaa!!! 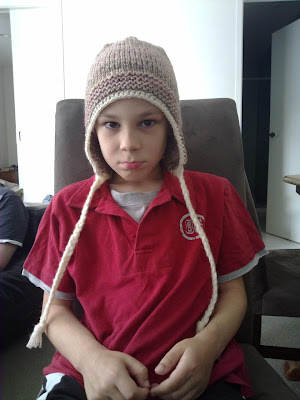 Doesn't he just look so happy?!?

Moving on... I've started a Christmas present for the above grumpy child, something he asked for years ago. A Green Lantern blanket. I spent a whole three hours one evening in front of the laptop, surrounded by cups of tea and giant balls of yarn (I kid you not - this ball of yarn is HUGE!!) nutting out the pattern for the centre of the afghan. I managed to come up with this: 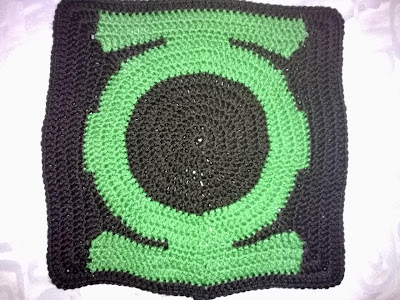 It's far from perfect, but seeing how that was a trial run, I'm okay with that. I've just started the 'for true life' (as my boys would say) version of it, and will hopefully be able to iron out the kinks. Then on to the endless rounds of black double crochet that will go on forever and ever and ever and ever...... this is why I have called it the Green Lantern blanket of DOOM!! Black is hard on the old eyeballs :-/

Oh, and just for an idea of scale, I took a pic of the giant ball of yarn with a standard 50g ball: 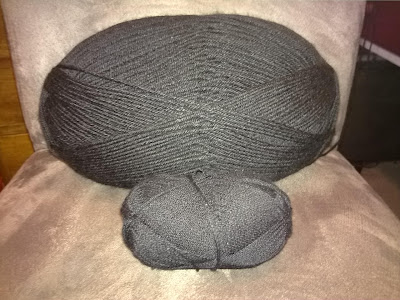 See? Told you I wasn't kidding!

Spinning
Yes, not only have I crafted like crazy, I've added spinning into that craziness as well. I finished spinning the single I've been working on since last month, when my lovely arrived, and I just started navajo-plying it this morning. I should be able to finish it in the next day or two, and make it look all pretty for the photo shoot. This skein has to look its best for the Spin-Along!! Prizes are at stake!! Prizes full of fibery goodness!!! If you're feeling a little scared and confused, refer to the aforementioned 'crazy' and this simple adjective should answer all your questions.

Running
Woohoo! Managed a full 30 minute run yesterday!! Go me :-) Now, the hard part - keeping it going! I have discovered that running on a treadmill is easier than running outside, especially when you have a little screen in front of you telling you how far you've run, how long you've been running for, how long you have left to keep running, what speed you're running at, and roughly how many calories you've burned - not that I really pay attention to that, because as far as I'm concerned, I'm going to eat what I want, when I want to. Calories be damned!! For example, these lovely cupcakes I bought last week when mum was here: 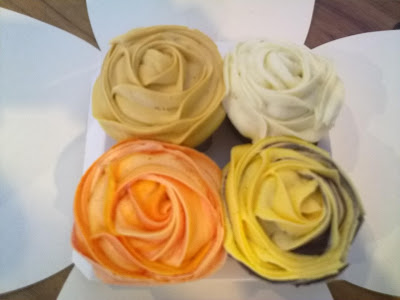 Oh, they were good! And they were packaged up in a really cute box too!! 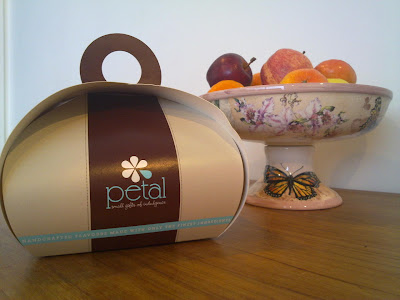 And you can still listen to music. And it doesn't matter if its raining outside. Or if it's too sunny and hot. Brilliant!

Other goings-on
It's X's birthday tomorrow - he's going to be eight. He's very excited. A birthday party has been organised for this weekend and he's invited five of his school friends to come over, then they're heading out to play a few rounds of laser tag. T won't be able to play because he's too little, but his birthday is at the end of the month, so he'll be able to do something else. Almost everything is organised, I just have to bake and decorate the cake, which I'll do on Thursday/Friday. On the plus side, I won't have to deal with hypo-active screaming kids. I'll be in Napier watching my friend's daughters dance in their ballet recital, and then going to see Harry Potter and the Deathly Hallows Part 1. I. Can't. WAIT!!! Soooooooo exciting!!! Deane has assured me that he is fully capable of dealing with six boys all at once, and his mother and sister will be on hand to help, and look after T. I'm just going to try and enjoy my weekend, and hope for the best.

At the moment though, it's nearly time to pick the monsters up from school, so I must dash. Have a good week!!
Posted by kreachr at 13:14