... isn't very long, not really. For any friends/family who are stuck for ideas (although I never understand why, I think I'm pretty easy to buy for, but that's just my opinion) here are a few tips:

2 x skeins laceweight yarn from Vintage Purls - here's the page link just in case ;-) I want to make this cardigan.

In other news, I ran for a full 40 minutes this morning, at 9kmph. Yay me!! Wonder if I can build up to a full hour? Or do you think that's pushing it?? In any case, I'm getting a lot fitter, and feel better for it.

And because this is just going to be a big mish-mash of random bits and pieces (there really is no avoiding it), let's just change the subject again. My weekend in Napier was awesome!! Got to catch up with some old friends and had the best time. Saw Harry Potter & the Deathly Hallows Part 1 and it rocked!! Totally going to go see it again. Caught up with a few of the family members, and checked in on the house - which as always needs far too much work done on it. Fingers crossed for next year...

While I was away, the boys had a blast playing XBox Kinect and laser tag for X's birthday party. He got some neat 'boy' presents and really enjoyed the weekend. Deane and his mum went to see The Rocky Horror Show. I think they liked it.

I have one sleeve left on my Cherie Amour sweater, and the poor thing has been put down again. I'll get there eventually! I turned the heel on my second Bug Out sock but as I knit it much looser (so it wouldn't cut off the circulation in my foot) and forgot to take into account the increase in size because of this, it ended up being over an inch too long in the foot. Poor thing got frogged right back to less than halfway up the foot, and has to be reknit. Then I'll have to knit a third sock, because the first one is just unwearable, I've decided. It was a good 'first stranded knitting project practice sock' though. Hopefully by the end of it I'll actually have a wearable pair of socks!

I've started another pair of socks, which will be a Christmas present for a special someone (won't say who - it can be a surprise). They're being knit one at a time on dpns though, so will take me a little longer than usual. I'm testing out the new Blackthorn needles, which are made out of carbon fibre - same stuff they use to make stealth bombers. How awesome is that?!? Once I've given them a test drive, I have to pass on my 'review' of them. So far, it's been an interesting experiment...

X's Green Lantern Blanket of DOOM!! is coming along nicely - it's not perfect, but you know what? I don't think he'll care. And if he does, tough. I'm not making another one!!

I finished spinning and plying the yarn I've been working on since October when my lovely arrived - here's the result: 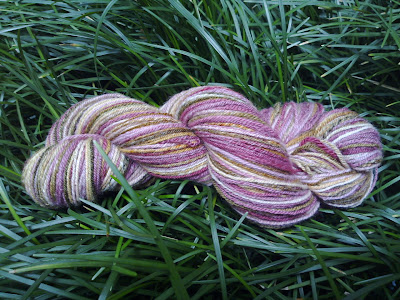 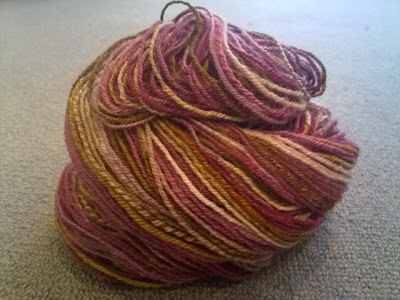 128g/282m of NZ merino navajo-plied yarn - 'a design for life' colourway by maude & me. I think I might make this shawl out of it. Maybe.

The Santa parade is on this weekend, so I'll be taking the boys to that, while Deane plays paintball. Some kids just never grow up.

T will be having his birthday party next weekend - he's having an XBox Kinect party. What a surprise. It'll be December next week, and I haven't even thought about Christmas shopping. That's the problem with having a child whose birthday is on the very last day of November. Christmas doesn't even get a look in until after that. Guess I should at least try to find the Christmas decorations though. We might be having a bare tree this year - at least I know where that is I guess.

Ooh ooh ooh!!! Eclipse comes out on DVD next week too!!! Anyone up for a Twilight movie marathon? No? Just me? Oh well...

And so ends our random-item post for this week, brought to you by the number blah, the letter duh, and the colour wtf?!?

Oh wait, one more thing. The LOLcats have been spying on me: 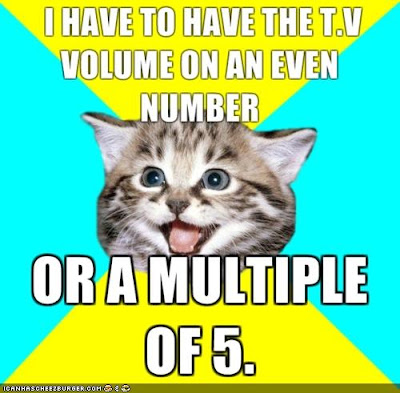