And I am soooooooooo far from organised...

I know where the tree is, but I still haven't located the decorations. I haven't started Christmas shopping yet, although I have started compiling a list and have been 'price shopping'. I don't want a repeat of last year, where we ended up spending twice as much because everything I bought within Deane's 'allocated Christmas shopping budget' did not meet with his approval, so he went and spent the same amount again. Stupid. This year I'm going to check and make sure everything is 'acceptable' before purchase :-/

The two things I'm making for Christmas are both half done - the socks: 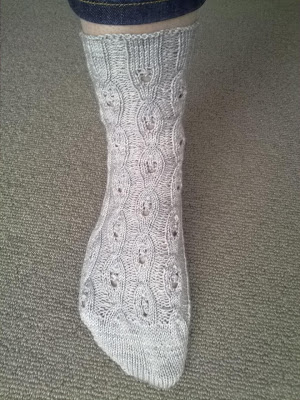 (sock #1 all bound off, and awaiting it's partner)

and the Green Lantern Blanket of DOOM!! Seriously, this endless black crochet is doing my head in. The things we do for our children!

Another goal of mine was to get rid of some WIPs that've been hanging around for a while, so I can start fresh in the new year with a whole bunch of stuff I've been wanting to make for aaaaaaages. So the Bug Out socks are finally complete: 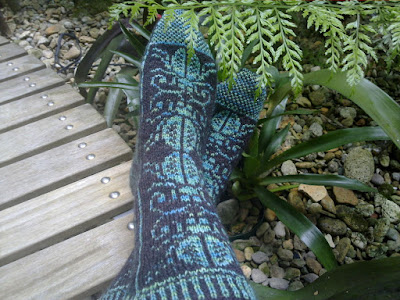 But let me tell you, there was plenty of trial and error in the process of making these socks. Here's a good idea of what can happen when you change your tension: 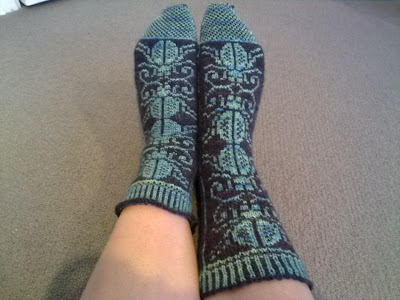 Clearly, this wasn't going to be acceptable, so sock #1 turned into this: 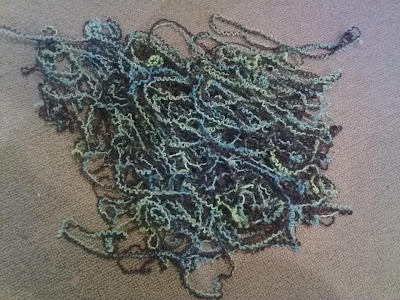 And eventually (as seen from the first pic above) ended up being sock #3, which matches sock #2. Bless.

I also managed to finish this: 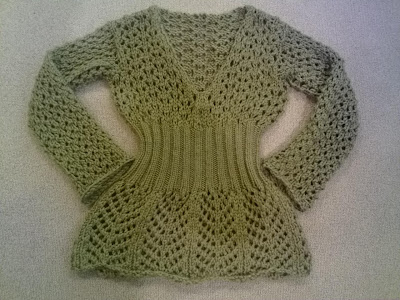 I wore it today, but don't have any 'on my person' pics of it yet, because Deane's been super busy with work and we haven't had time to take any. Not that I'm complaining much...

I finally got round to knitting my section of the Cafe man's travelling scarf: 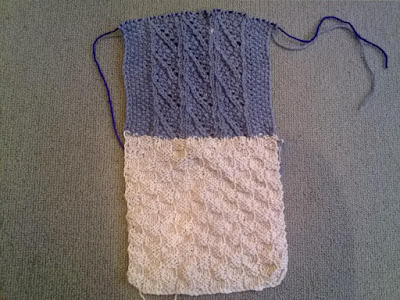 And it's been sent on to continue its journey.

Back story:
Every Sunday, a group of Wellington knitters met up at the Botanic Gardens in the Begonia House to knit and chat and laugh, showing off their knits and handspuns. When everyone had arrived and people were starting to get peckish, they would all head into the Picnic Cafe for lunch or a cuppa. Every Sunday without fail, the Cafe man would see them walk in and simply ask, "how many of you today?", to which they would answer, and he'd set up a suitable table for them, ensuring they had the correct number of seats.

The other members of the Sunday knitting group felt sorry for the Cafe man, and decided amongst themselves to each knit a piece of a scarf, sending it around the group until it was long enough. The first section was knit by Karen. As Jody happened to be visiting Wellington when Karen brought in her completed section, she was excited and eager to participate in the making of the scarf, and asked to be next. The group agreed, and Jody happily took the scarf back with her to Auckland.

After a month and a half of the poor scarf sitting in her WIP pile, Jody finally picked it up, knit her section, and sent it away to the next person in the group, Raewyn. Raewyn, being a much more organised person than Jody, knit her section promptly and passed it on again, so the scarf could continue to grow and hopefully be finished by next Winter, so the Cafe man can enjoy a nice, cosy neck while travelling to and from work.

In other Christmas-type happenings, I've currently got a plum pudding sitting on the stove, steaming. It should be done by 9.30pm. Seriously, you have to steam it for FIVE. HOURS. And the mixture sat in the fridge since yesterday afternoon, getting all boozy. Oh, if only we could have Christmas in winter - then a full turkey dinner and plum pudding would make so much more sense...
Posted by kreachr at 15:47