Well, its been a day and a half since the pattern was released, and so far there are three people on the list that have completed a pair of socks. And this is the slow round!! This round of SM5 goes for up to two weeks, so people generally aren't in too much of a rush - 160 knitters will make it through to the next round to be split into teams. Earlier this afternoon I cast off sock #1: 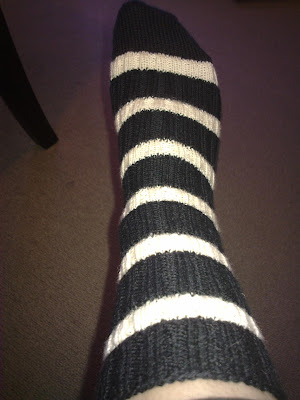 Yes, the photo is a bit crappy, but it was overcast earlier and our apartment is all gloomy at the best of times, so it'll just have to do. I'll get a better FO picture when I've finished the pair. There'll be no rush at all - I'm well on the way to being in the top 50 finishers at this stage. Then I'll have some time to chill out and work on other projects before the next round starts. It'll be all on then - that's when the true madness begins!! 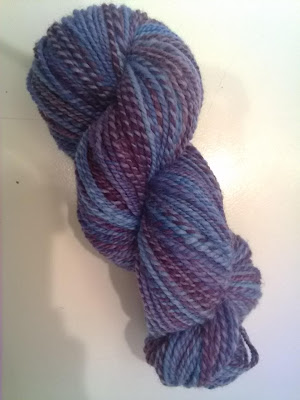 The colour is 'juicy' from maude & me.

Earlier in the week I cast on (a little late unfortunately) a pair of mitts (Ravelry link) for my younger sister for her birthday (which is today. Oops). I'm pretty sure she's going to like them. Progress pic: 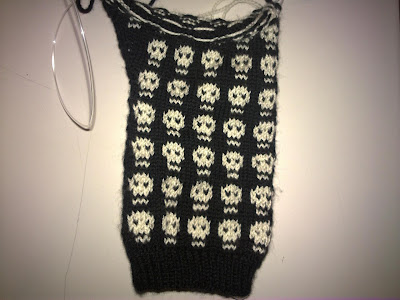