Oh wow, what a weekend!!! I had the best time! I got to see some familiar faces from Wellington (and Auckland of course), a whole bunch of new faces, and some faces that had names attached but had been blank in my mind until now. It was so great to meet so many wonderful knitters all together at once, and at such a fantastic venue!!! Here's a few pics of the view from our knitting spot: 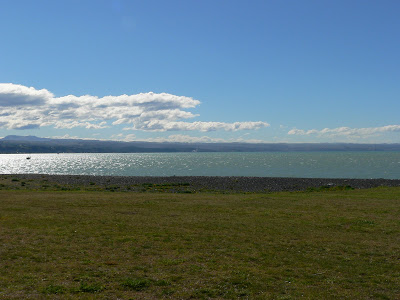 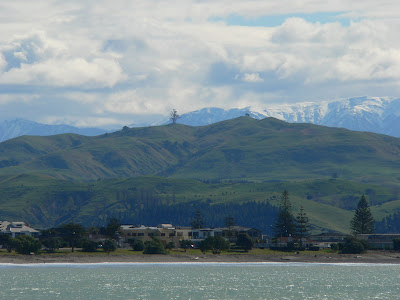 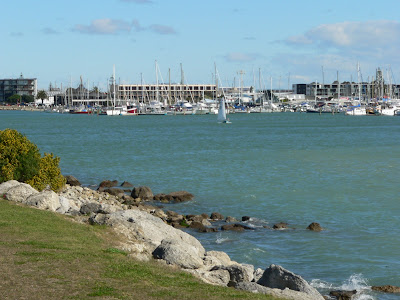 Of course, Napier turned on the 'awesome weather' machine specially for the occasion, so we had nice, mild temperatures and sun all weekend. This meant that I couldn't wear my Crazy Knitting Lady boot toppers and matching mitts without instantly breaking out in a sweat, but I'm not complaining ;-)

Friday morning, once Deane had been to the gym, we piled into the cars and headed on down, arriving at around 2pm. This gave me a little bit of time to shop before my class. On the first day I bought: 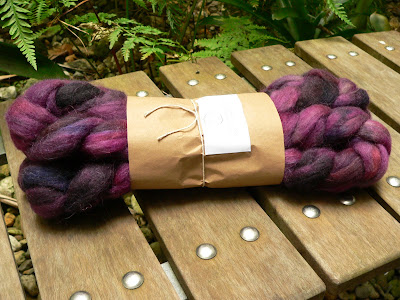 This gorgeous fibre from Matt of WabiSabi Fibres - its a blend of merino,alpaca, silk and angora. I love the colour, but what clinched the deal was the name - Ballroom Blitz. Who wouldn't want to buy some of that? ;-)

I also bought some sock yarn from a new supplier - (apparently they've been dyeing for a while now, but are only just breaking into the retail market): 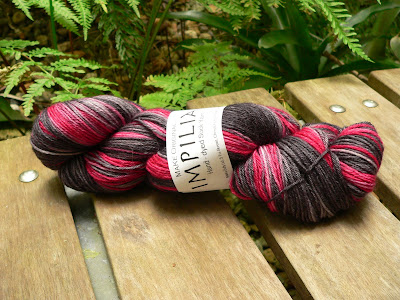 'Cantiacorum' by MaKe Original - Impilia. The colour caught my eye immediately (probably helped that they were right inside the door!) and I decided I had to have it.

After that, it was time for class - 'Getting Set From the Top Down'. Morag from Vintage Purls taught us how to knit top down set in sleeves in the round - a very useful thing to know if you're going to be knitting a lot of sweaters in the future!!

Here's my little sample - it's not quite finished, but this is how much I got done in the three hour class: 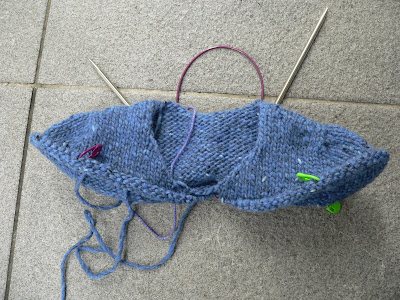 You can probably make out the sleeve caps... from here you go on to knit the sleeves down, and increase for the underarms to the point where the body meets under the sleeve, then you split off the sleeves and continue working on the body in the round, then finish the sleeves later. Very clever ;-)

So that was my Friday! On to Saturday!! I arrived at East Pier (the venue) bright and early - about 8.30am. Did a wee spot of shopping: 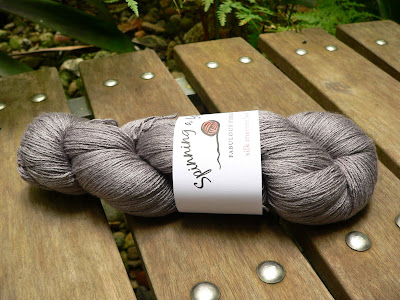 'Smoke and Mirrors' 50/50 merino silk laceweight from Spinning a Yarn. 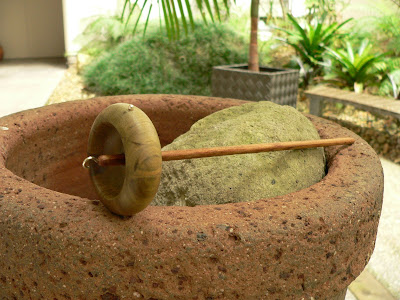 This beautiful creation is a swamp kauri spindle, hand turned by none other than miss Frances, from Spindles by Sourkraut. Gosh, that woman is amazing! This little puppy is only 22g - perfect for spinning laceweight yarns. Isn't he just lovely? I think I'll call him Eric.

I also scored me some more scrumptious Max yarn from Vintage Purls - now that I know I can get a pair of socks from one skein, I though it would be rather lovely to have a pair in this colourway - Ink Blot: 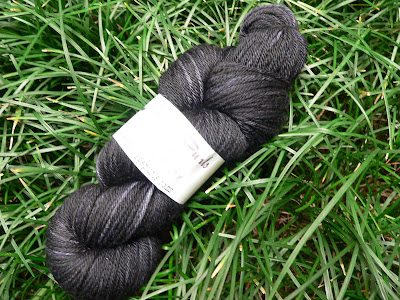 Such a beautiful colour!! Of course, as always, its better in person :-) To you, on the other side of the screen, it probably just looks black. Trust me, its not.

And dude, you wouldn't believe the softness of this yarn!!! Rose Pink 45/55 silk merino laceweight yarn by Fyberspates, bought from Tash at Knitsch/Holland Road Yarn Company. 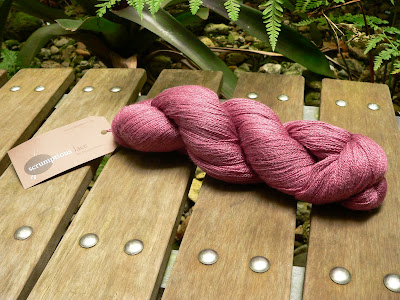 There's a whopping 1,000 metres in this skein - it will have to become something freakin' amazing! All in good time of course...

There was also the Design Spun factory tour, and shopping spree at Skeinz afterwards. Here's a few interesting pics of machinery our precious yarn is made on: 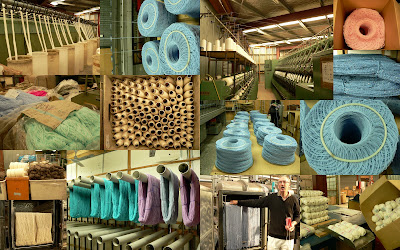 And this is what I bought while I was there: 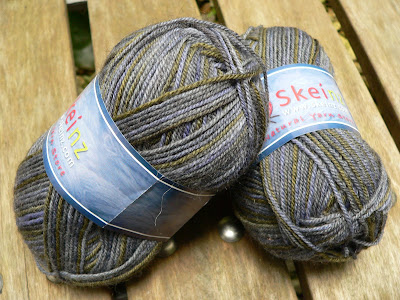 Just a couple of balls of sock yarn, which will most likely turn into some socks for the boys. Pretty restrained really ;-)

That evening we had the knitters' dinner and quiz night. A whoooooole lotta fun! Our team sadly came second-to-last in the quiz, but we still won a few prizes, and I had a great time, so it was all good :-)

Sunday morning, I just whizzed into the market quickly to snag a skein of alpaca/merino sock yarn from another new supplier - Verandah Yarns: 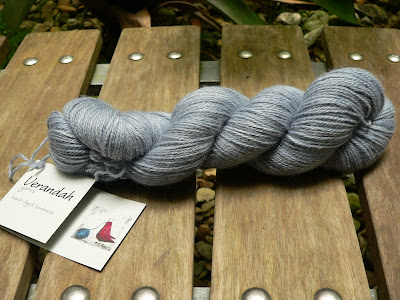 As for taking pics of myself or others, it appears we all had a mild case of camnesia. I forgot to take the camera out most of the time, and when I did, I couldn't get pics because nobody would consent (although they were glad that I asked first, which is nice I suppose). Still, you get the gist of the weekend, and there was a loud cheer at the dinner when Maree (the organiser) announced that there would definitely be another KAN next year (hurrah!!!) so perhaps another time ;-)

The boys and I left Napier just after lunch on Sunday, and arrived home at 6pm, which allowed them to have an early night (that they sorely needed!), and I have to say its the first night in a very long time that they didn't get up umpteen-million times for a drink, or to go to the loo, or because they were hungry, or anything else. They just went to sleep. Yay! X headed off to camp this morning with much excitement in his sweet face. On a double-decker bus no less!! Oh, how I wish I could be there to see all the fun he'll be having! But of course, I'll be home with T, while Deane is back in Napier. I'm sure he'll have lots of excellent stories when he gets home though - can't wait to hear them :-) Have a good week people!
Posted by kreachr at 10:55