Yes indeed - It's alive!! Not Frankenstein's monster, my basil ;-) For a few days I've just been looking at this: 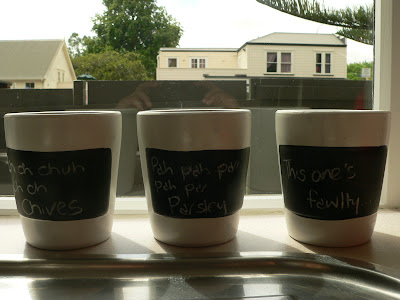 Excuse my 70s TV sitcom humour... ahem. I noticed this morning that things were starting to happen in one of the pots: 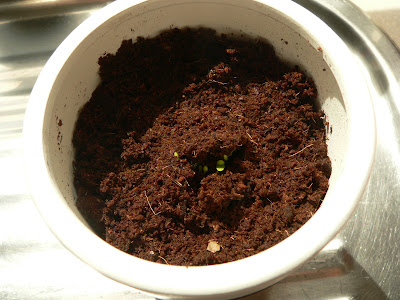 Can you see? Can you see it?!? The basil is starting to grow!!! Either that, or its a weed (probably the latter knowing my luck). This is very exciting for me, as I have a habit of killing any and all plants that cross my path. Be warned people - if you give me a house plant, expect it to leave the realm of the living within the month.

For now though, the seeds appear to be surviving despite the odds - I may actually have herbs on my windowsill soon! Oh, happy day.

Anyway, I thought I'd do a bit of a round-up of what I achieved in the year of 2011. Being a lowly housewife, I do not achieve greatness on a daily basis, but what I do accomplish is something I am proud of - my little personal challenges that keep me on my toes. First up, the book list:

There's a bit of variation in there, although I notice there's quite a few romances (oh dear). One author I got to meet in person (Lauren Kate), a few more I'd like to meet in the future (Diana Gabaldon, Charlaine Harris, Terry Pratchett, Stephanie Pearl-McPhee and (ahaha) Richard Castle). One, I have knit in a competition with (Ros Clarke - Sock Madness). So many good books!! So many more to read!! Hooray for a new year!!

And on to the knitting. I decided to make up a wee collage of all the projects I completed (and got a picture of) during 2011: 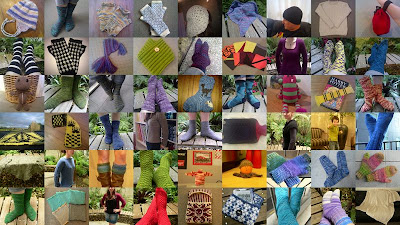 Unfortunately, in order for the blog to not have a hernia and be able to actually upload the collage, I had to make it kinda small, so now you probably can't see much. 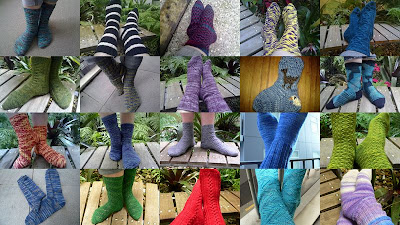 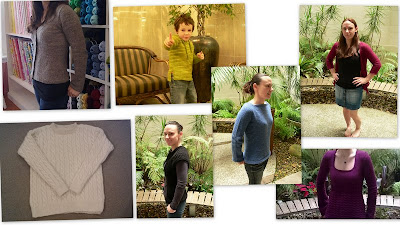 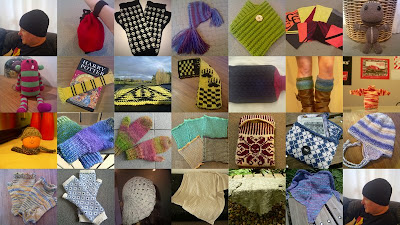 Plus 27 other miscellaneous items (and an extra Deane head). Hats, mitts, shawls, toys, a freaking huge afghan... I do love me some variety.

That's a total of 54 different projects, not including the three I didn't get pictures of - a Milo vest, a vanilla soaker, and some blanket squares for the Christchurch earthquake appeal. Phew! That's a lot of knitting.

And oh, so many ideas for 2012!! Already this month I've managed to finish the shawl I didn't quite get done in time for Christmas: 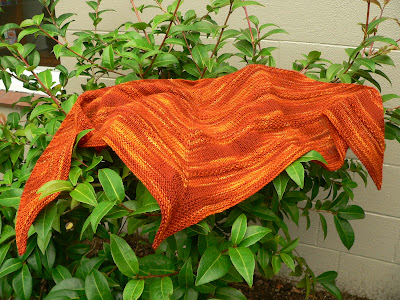 This is a shawl for my mum - the pattern is Yvaine, knit in Knitsch sock yarn from the last yarn club, 'Terry's Treat'.

I'm also over halfway through a wee baby cricket vest for a friend's baby, born ten weeks ago (the recipient of the Milo vest and vanilla soakers). I was planning on getting this done before Christmas too, but the afghan took over all my knitting time, so this will be for his first birthday instead, as I am knitting it in the 1-2 years size. Pics to come soon!! It's super cute :-)

Also in 2011, I completed a quarter marathon (officially, plus a few more unofficially), ran a 15km, saw my boys turn seven and nine, got to read two of the best end of year school reports a mum could ever hope for, moved into a house with room to stretch out a bit (something we haven't had for quite a while, let me tell you!), and celebrated 11 years of marriage to the most infuriating, hilarious, caring, dorky, reliable, unreliable (yes, I know, very confusing), thoughtful man, who has come a long way since his teenage boy-racer days. It's been a wild and crazy ride watching him grow and change over the years.