Oh boy, it's good to be back in familiar surroundings. It's amazing what you miss - your own bed is of course the main thing, but little things like bread and milk. Of course there was bread and milk in America, but they're choc-full of preservatives and have unnaturally long shelf lives. They just don't taste the same. The first thing I ate when I got home yesterday morning was marmite on toast :-) I hadn't actually noticed how different the milk tasted in America until I had a glass this morning - I had been avoiding milk for the last month (health reasons) so when I drank some while we were over there it didn't really taste all that different. But my glass of milk this morning? Man, did it taste gooooooooooood.

Yep, it's good to be back! We had a lot of fun while we were in Florida. So much to do, so little time! Plus the Round Three sock pattern for Sock Madness had been released - luckily I managed to download it and transfer it to my Kindle before our little mobile data thingee stopped working, otherwise it would've been game over - so I had a pair of socks to try and squeeze some knitting time in for while we were 'touristing'. Anyway, I guess I'll start from where I left off, and work my way through.

First, we went to a place called WonderWorks. It was a neat little place full of science experiments and interactive displays. The boys had a great time playing with the giant bubbles: 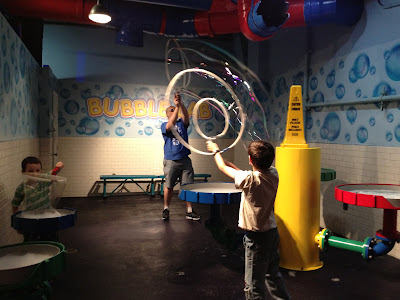 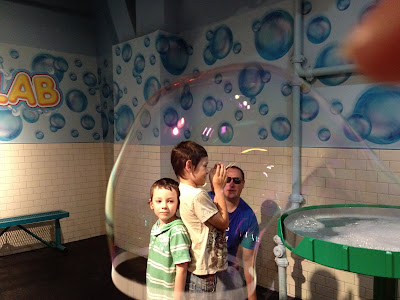 X and Deane went wandering on the rope climb: 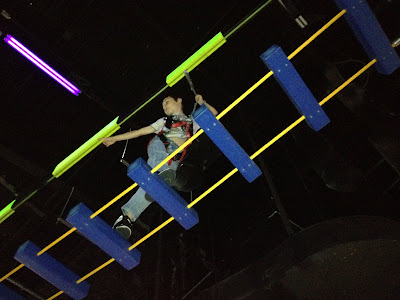 And we stayed for dinner and a magic show. Unfortunately, I had a wicked head cold that day - everything ached and I felt like crap, so I wasn't overly enthusiastic. But we still had fun.

The next two days were spent at Disney (along with my good friend ibuprofen). Hollywood Studios had such excellent rides as the Rockin' Roller Coaster (freakin' awesome), Star Tours (the boys LOVED that one), and the Tower of Terror . Unfortunately, poor judgement on our part allowed us to take T on this ride. It was pitch black, and completely unpredictable. Little T freaked out at the zero gravity (the seatbelt wouldn't go tight enough around him to hold him on the seat well - I had to hold him down).  After that, and Space Mountain the next day at Magic Kingdom (also very dark), we had quite a time convincing him to go on other rides. You'd think the name 'The Twilight Zone Tower of Terror' would tip us off that maybe it wasn't good for little kids, right? I blame lack of sleep...

The second day at Magic Kingdom wasn't so bad after the shock of Space Mountain. Here's T having a great time whizzing around on the teacups ride: 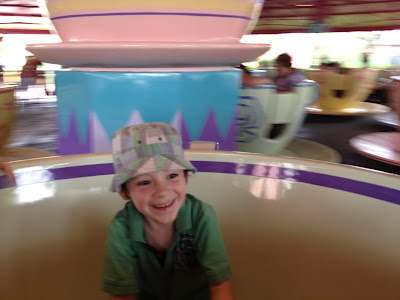 The boys enjoyed the Buzz Lightyear Space Ranger Spin. There was so much to do there we spent a full 12 hours at the park. We ended up staying for the Electrical Parade: 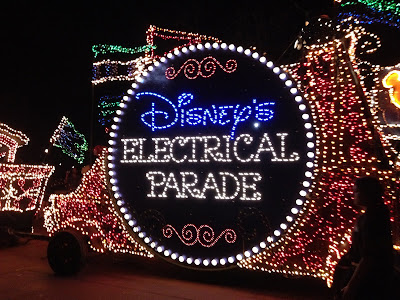 And the Nighttime Spectacular, which really was spectacular! It was quite amazing, and very well done. Images were projected onto the castle, and were constantly changing throughout the show to music. The boys thought it was awesome. And the fireworks? Who doesn't love fireworks?!? What makes it even better is the reflection in the lake: 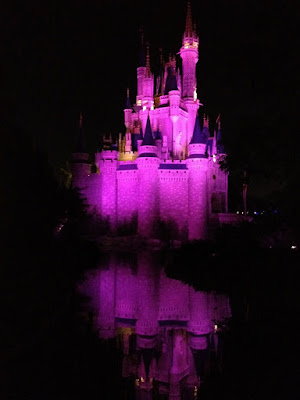 Very pretty. We decided to take a break from the big theme parks for a couple of days, and went to Ripley's, but I don't think the kids were overly excited by it. I thought this recreation of The Last Supper made entirely with dryer lint was pretty impressive: 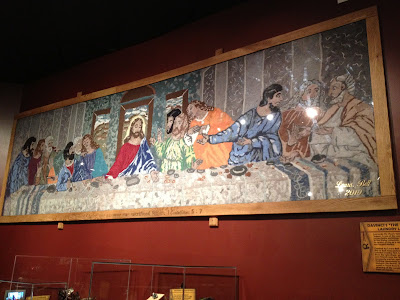 And I loved this vampire killing kit, circa 1850: 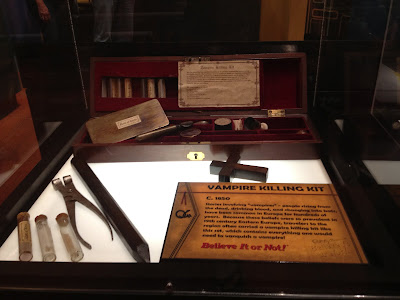 Cool, huh? ;-) Next stop, Legoland. We discovered this park was geared a little more towards younger children, but there was still some cool stuff to see, like Miniland USA: 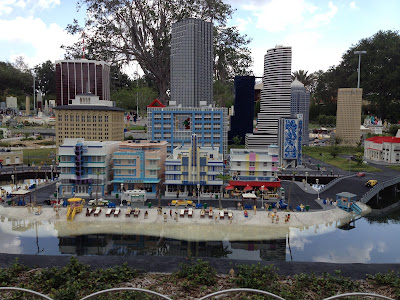 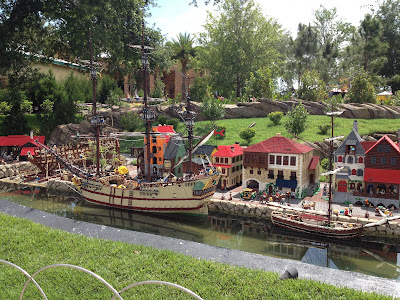 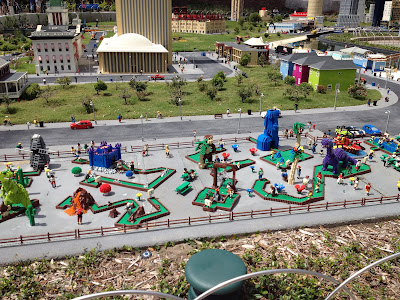 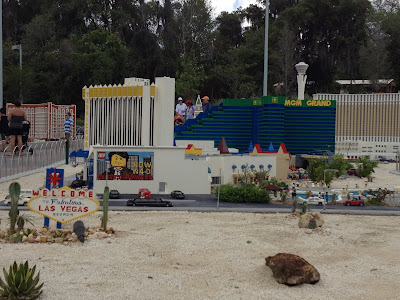 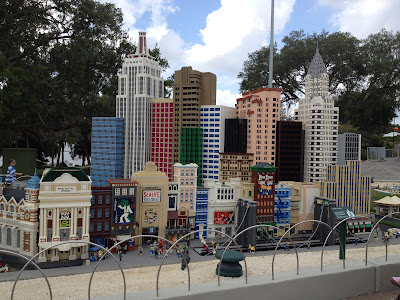 They also had some cool lego superheroes and stuff: 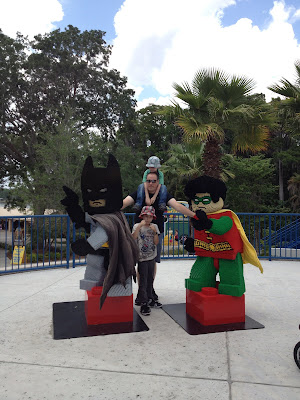 While we were there, a massive thunderstorm rolled in, so we called into the shop on our way out for a bit of retail therapy, and headed back to our accommodation to strip off our soaking wet clothes and get comfy and dry. Later that evening we went to Pirate's Dinner Adventure. The food was... average (although leagues better than the dinner at WonderWorks!)... but the service was great, the show was very entertaining, and there was a lot of audience interaction. All in all a good evening out.

Gosh, this post is getting long, and we still have a few days to go. I think I'll leave it here for now, and carry on the tour in another post. Catch you all again soon!!
Posted by kreachr at 13:43