At least its not drugs

Yes, that's right, I have a new addiction to add to the ever-growing list.  But seriously, all my addictions are completely harmless so there's really nothing to worry about.  What is my latest addiction, you ask?  Well I must admit, it's an odd one.  And certainly not one I ever thought I'd have.  Wait for it... Khan Academy.  Many of you will ask, 'what is this Khan Academy you speak of?'.  It is an awesome website where you can learn anything from maths, economics and science to art history, world history and computer programming.  I'm churning my way through the maths at the moment, which started because I had to brush up on my math skills in preparation for the Statistical Analysis paper I wanted to study next trimester.  A maths level of Year 12 or over is required to complete the paper, and since I barely scraped a pass in what would now be Year 11 way back in 1995, I'm a little behind where I need to be.  I was sent a maths revision workbook by The Open Polytechnic in order to catch up, but found it a little challenging.  There wasn't quite enough in the way of practice math problems for me to fully grasp what I was learning.  I could mostly work them out, but didn't really understand it enough that I was happy to move on.  Cue Khan Academy.  I started with the basics, and have been working my way through to more and more difficult maths.  For instance, I never quite mastered equations with negative numbers or long division before leaving high school.  I am happy to say that I can now quite easily do both.  Yay me!  At the moment, I am trying to come to grips with algebra, another of those things I never fully understood.  Yesterday, I was solving problems along the lines of:  "9e + 5f -3g + 6 = -3f + 10g - 9   Solve for e".  And this is one of the easier ones!  Two weeks ago I'd have looked at it and gone O.o  Now, it takes me less than a minute to solve it.  I'm very proud of that.  I'm still on fairly basic algebra, and I have a (very) long way to go, but I'm having a great time learning all I can.  Which can only make studying Statistical Analysis easier, right?

Also, slightly addicted to peanut butter and alfalfa sprouts on salada crackers.  But that's another story...

I finished my Chandail cardigan but haven't been able to wear it because I haven't bought any buttons for it. It is still sitting forlornly on my lounge floor where I blocked it last weekend, waiting patiently. 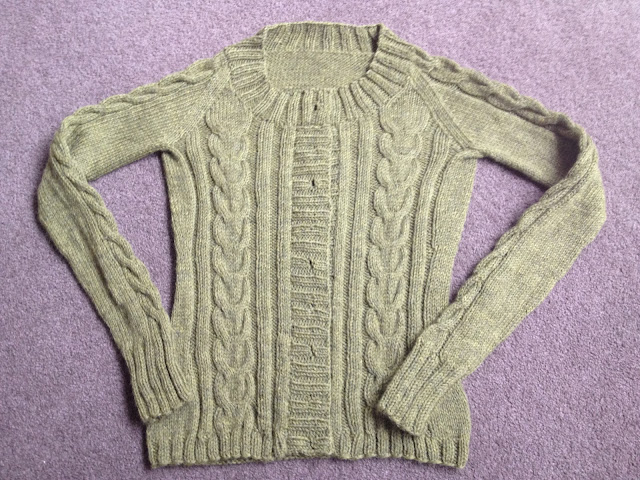 Meanwhile, I cast on a Bo cowl (yay for kiwi designers!  This one is by KiwiPurler) in the Touch Yarns merino possum hand painted yarn I attempted to knit into a stole last year and ripped out because I wasn't happy with the pooling.  This cowl is working out beautifully, despite the fact that I had to frog the first attempt because it was twisted.  Do you have any idea how hard it is to ensure that 399 stitches joined in the round is not twisted?  Let's just say that I was very unhappy to find after nearly two hours of knitting (which was only six rows - 399 stitches takes a while to knit, especially in linen stitch!) that I was knitting a moebius cowl.  Not what I had intended.  Now though, I am nearly finished - there is only 12 rows of linen stitch and a bind off to go, and it will be done! 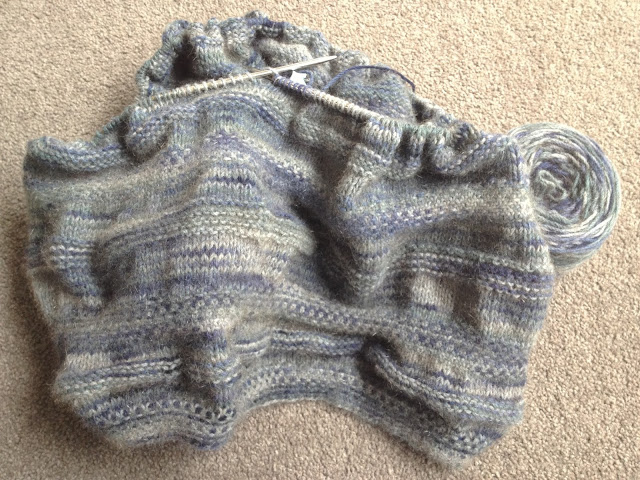 (Although I may have to block it, which will take a little longer.  Bummer.)  Just in time for that winter blast due to hit the country at any moment.  The meteorologists predicted that to be Friday, but I'm pretty sure its already here.  I went for a run this morning and it was only 10 degrees (which is pretty cold for Auckland), and while I was running I got pelted with hail.  I must have looked like a loony to all the people driving past - picture a short skinny woman in a black beanie and tights running in the hail and rain with a huge grin on her face.  Fun times!  I love winter :)  Unfortunately though, this weather may be hampering X's camp adventures.  Although according to Deane, the rain will be making them all the more fun.  All I can think of is a cold child arriving home on Friday afternoon with lots of wet washing!  He looked happy to be going though: 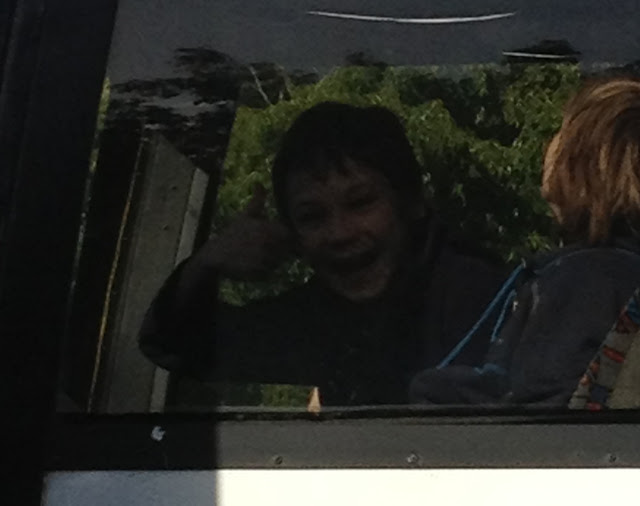 Its been a quiet week in the house of kreachr.  I'm not complaining :)  Right now I have two BodyRock workouts to hit, plus 180 plié squats and an hour of yoga.  Then on to the knitting and the algebra.  Sounds like my kind of day :)