I didn't stop making oatmeal like I said I would.  Since last post, I've made three more batches.  Salted brownie baked oatmeal: 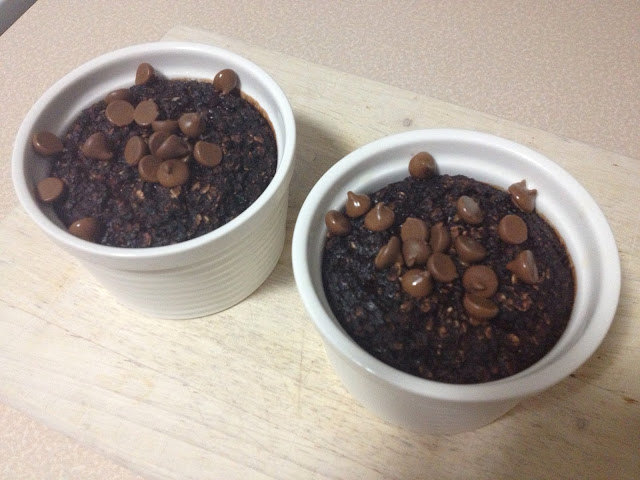 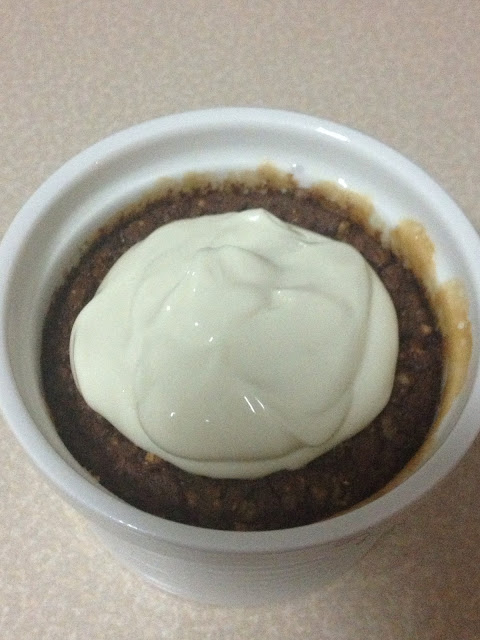 And creamy yogurt porridge with raisins and honey: 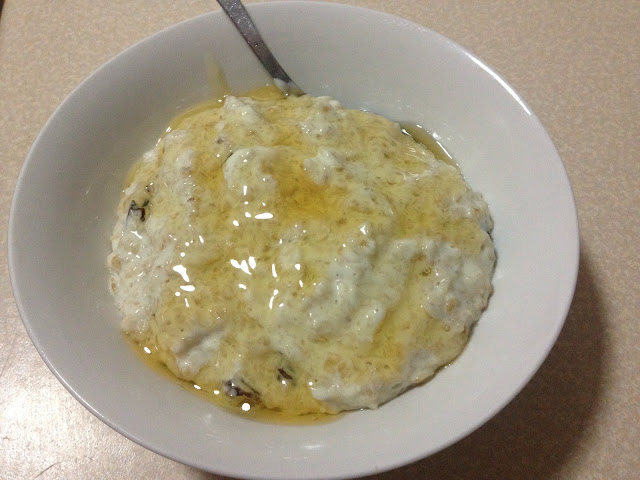 I think the favourite out of those three would have to be the cinnamon bun baked porridge, but the yogurt porridge came a very close second.  And yes, I have been eating other food.  The other day I had bacon and eggs for breakfast, and yesterday Deane made some banana pancakes while I was out on my run.  This morning I had leftover steamed date pudding with cream.  Well, somebody had to eat it.  If I'm having breakfast for dessert, why not have dessert for breakfast?  I'm such a rule breaker... ;)

The spinning came to a grinding halt over the weekend, as the left foot pedal on My Lovely has developed a rather annoying creak.  Upon inspection I have discovered a missing screw in one of the hinges, which will have to be replaced before I can go any further without driving myself crazy with the noise.  I could put headphones in and crank up some music or a podcast, but the screw needs to be replaced regardless and this spinning break has given me a chance to make good progress on Deane's socks.  I've finished the legs and heel flaps for both, which means all the cabling for the back is done: 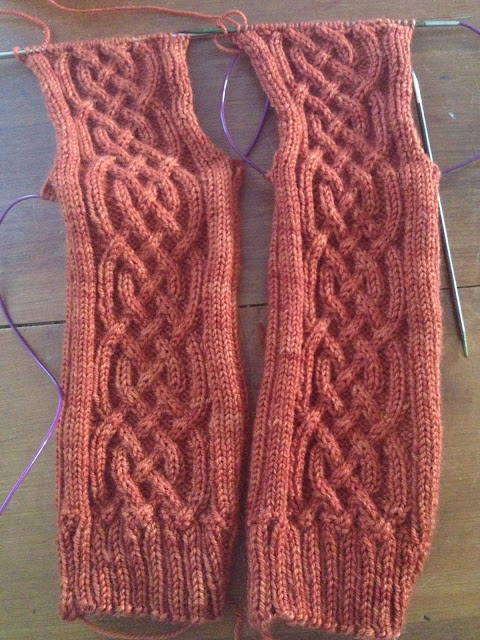 Oh, so pretty!!!  Now I just have to turn the heels and knit the gussets and feet.  This yarn is divine, and I think it's a crime that it will be going on Deane's manky feet, but I'll just have to remember it is worth the expense and buy some more next year.  For me.  The tough decision for today is whether to knit more on these socks or do the podcast/spinning thing, since today is a rest day for training.  And I am more than happy to have this rest day, because yesterday's run kicked ass!  I am very proud of it, and here is why: 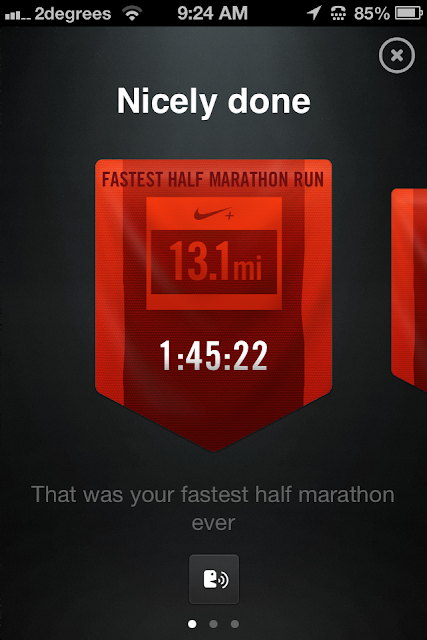 My previous half marathon time back in January was 1:53:29.  I dropped a whole eight minutes off my time! I was very happy to be able to maintain a 5'02" average pace for the whole run.  It was hard work, but I did it.  Yay me!  It felt even better knowing that on Saturday I had quite a sluggish run with an average pace of 5'47".  It was an afternoon run, something I'm not used to.  I had to wait for Deane to get back from his run (10.89km!!!  Can you believe it?  I was very impressed, and very proud.  Way to go Deane!)  Plus there were hill repeats - three sets of five 200m hills.  I just ran around Westhaven Marina and did my repeats on Curran Street and the corner of Sarsfield Street  (which looks quite comical on the run replay).  A man and his wee girl biked past while I was on my first set and probably thought I was a little loopy, running up and down the same hill.  Their suspicions were likely confirmed when they were on their way home a little later and I was still at it, having just started my third set.  He commented "you're keen" on his way past.  Heh...

I'm a little annoyed with my Nike account at the moment though, for some reason it hasn't added my Thursday run into my totals.  How do I know this?  Have a look at this picture and see if you can figure it out: 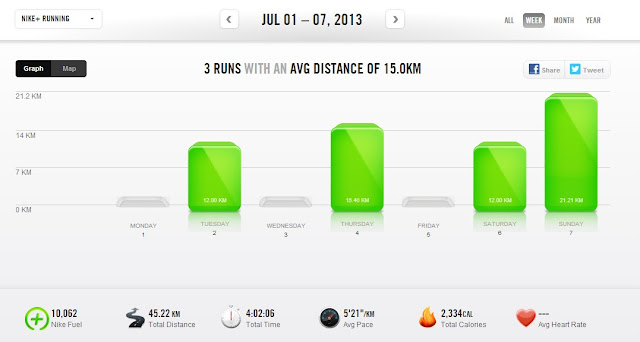 Does that look like three runs to you?  I see four.  I'm pretty sure I did four.  And I'm pretty sure those four runs totaled 60.61km.  It seems to have completely ignored Thursday, as if it never happened.  And yet, there it is in the bar graph.  But not in the total distance.  Weird.  And rather irritating.  I've emailed the support team and am awaiting a response/fix.

In the mean time, I think I'll go practice some yoga.  I was a little slack last week and didn't do any extra workouts or yoga - spinning kinda took over a little bit.  My legs need a good stretch out after the weekend's efforts, and I have a race this weekend.  Yoga sounds like a very good idea.

Have a fabulous week!
Posted by kreachr at 09:49