It's August already?!?  Wow, where did the time go?  This year is roaring by.  I remember setting myself a challenge at the beginning of the year to run 2,013 kilometres.  I'm soooo not going to make that.  As at the end of July, I had run just over 760km.  Injury after injury has prevented me from running as much as I want to.  Perhaps next year, I'll set a goal to stay injury free (not likely) and run 2,014km...

I did manage a couple of runs this week, in preparation for the Unitec 10km race this Sunday at Ellerslie race course.  On Tuesday I went to Cornwall Park and ran 5.4km through the fog.  It was rather lovely: 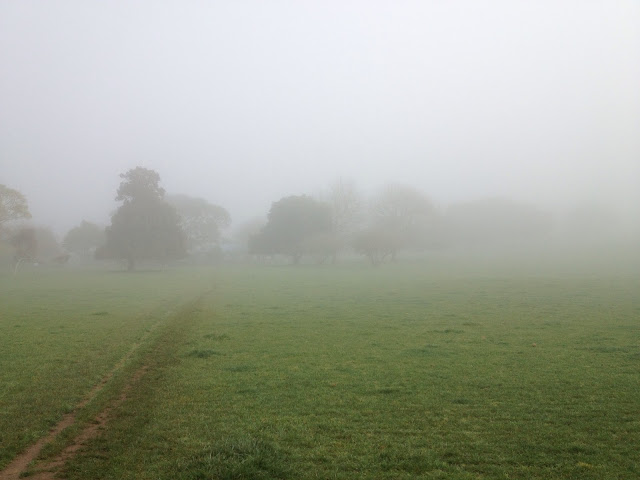 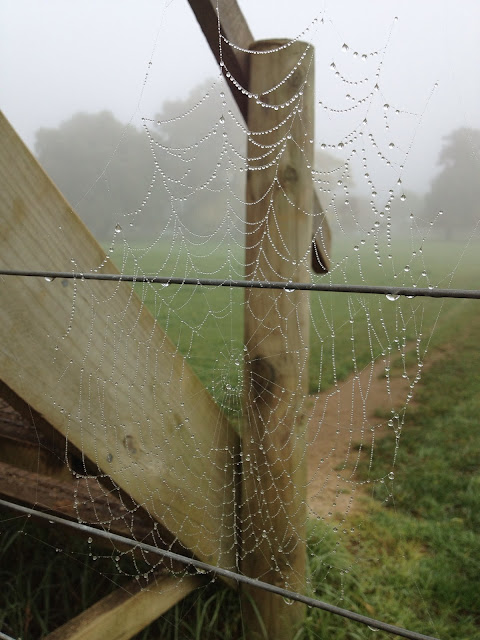 And today, I ran a rather slow 8km around a shortened version of one of my usual city runs, and since I was running the footpath I walked the downhills in order to give my legs a break, and in the hopes of avoiding the dreaded shin splints.  I was happy to see the 'city cows' were back: 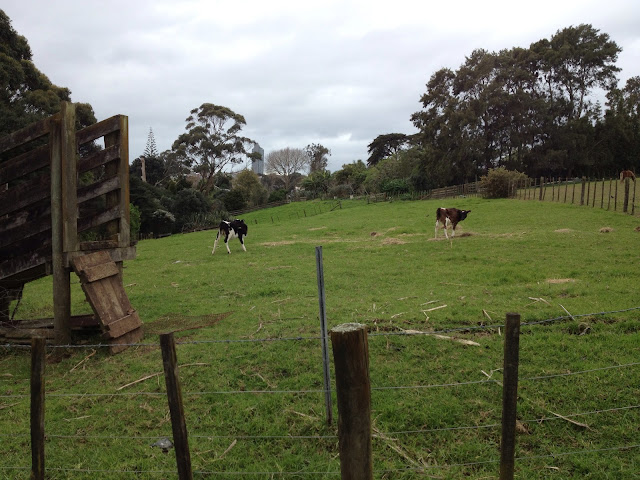 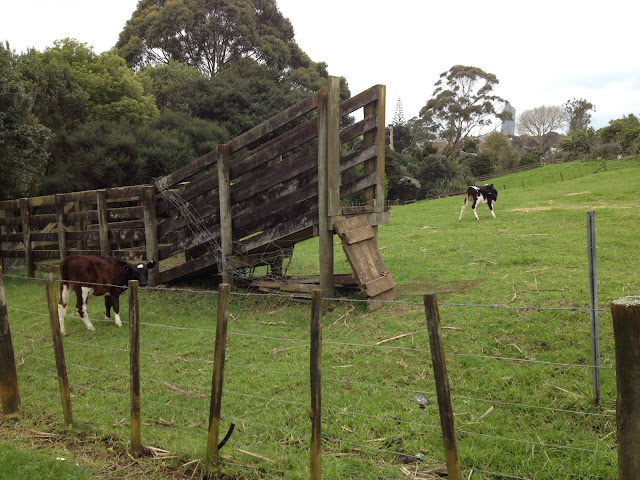 I had considered not going for a run today just in case it aggravated my shin splints, but after this morning's breakfast, I felt it was kind of necessary in order to work off some calories :)  Today I had thin mints oatmeal: 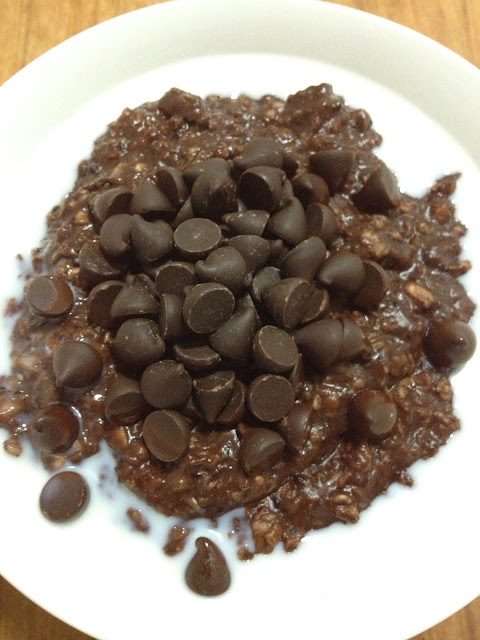 The calorie count could've been much smaller had I cooked the oats with half milk and half water, or some unsweetened almond milk (I've run out, bummer), left out the tablespoon of ground linseed, and if I hadn't added such a large 'handful' of dark chocolate chips, but what the hey?  Might as well go all out, right?  (And to compensate I had a much lighter lunch of orange, kiwifruit and skinny yogurt).  It was delicious, although if I was to make it again for a breakfast, I'd definitely cut back on the chocolate content :)  Other oatmeal trials this week have been: 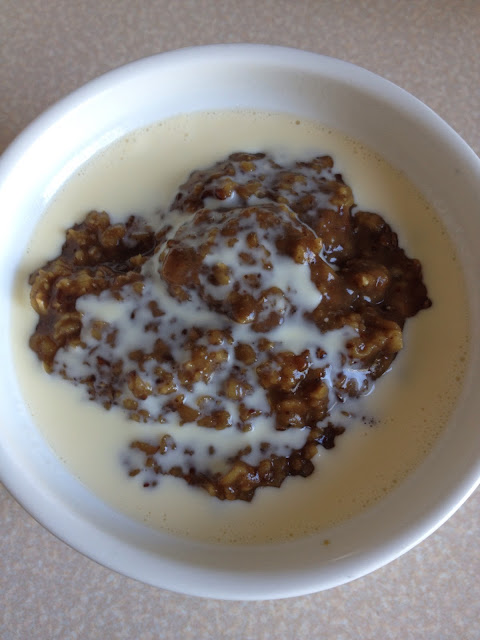 Gingerbread latte, which was just crying out for a large splash of cream.  I mean, come on.  Gingerbread.  Latte.  It totally needs cream, right?  Hmm, cook the oats in unsweetened almond milk, then drown it in full fat dairy cream.  Go figure... 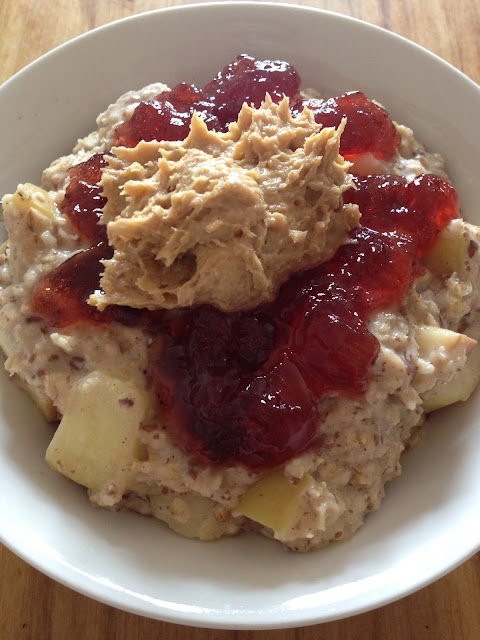 PB&J & Apple Oatmeal.  By far my favourite of the week, and possibly one of my all-time (to date) faves.  I made this with unsweetened almond milk, added a tablespoon of flaxseed, and dished it up with blobs of strawberry jam and banana butter (best idea ever btw.  Less worry over the high oil content screwing with my IBS, yay!  Can look a little blech with oxidisation making the banana content an interesting shade of grey-brown, but it still tastes amazeballs.  Going to make this all. the. time.)

I finished the Kai-mei socks yesterday, and got some pics today: 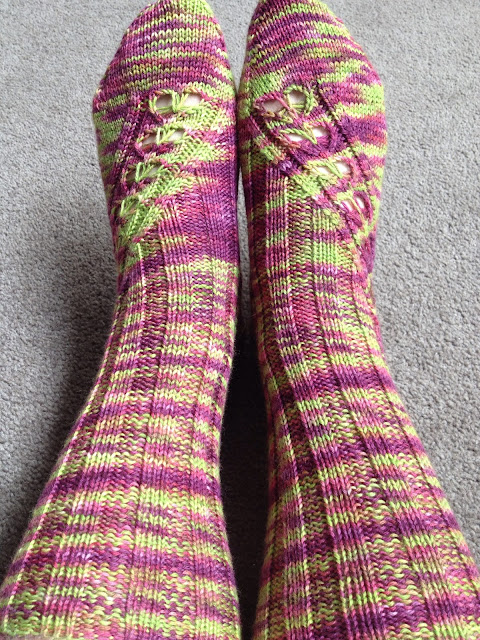 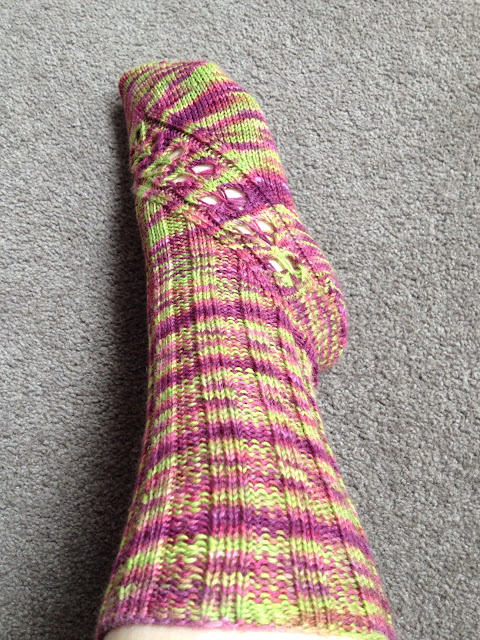 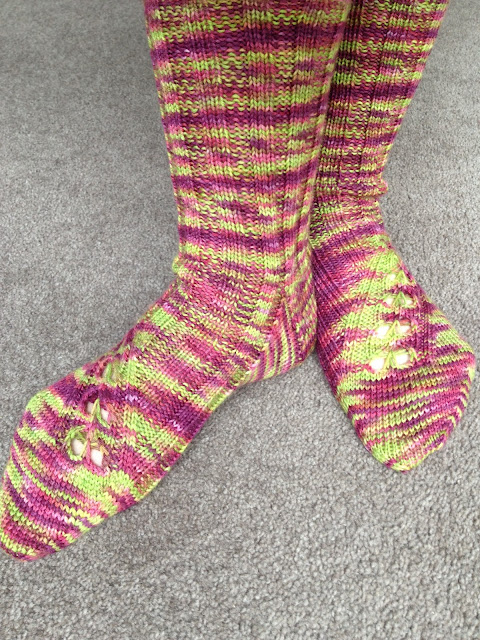 I like :)  And I cast on the Cloud Illusions shawl last night with my mink yarn.  Ooooooohhhh my goodness, this yarn is gloriously soft.  You can't help but squidge it!  I'm looking forward to having a finished shawl in the near future to wrap around my neck.  It'll probably be close to summer by then, but I think I'll still wear it anyway.  Mink yarn is my new favourite yarn.  Yes yes yes.

T arrived home from camp yesterday.  He had an awesome time, and as expected was choc-full of stories.  Phew!  My worries were for naught.  He was surprisingly not as tired as I thought he'd be, and was still up at 7am this morning.  Kids have amazing internal clocks, don't they?  I do however foresee a lazy weekend.  One more day to go...
Posted by kreachr at 15:06