I just can't help myself...

Wednesday
I managed to avoid that dangerously delicious, sweet and decadent pudding this morning, opting for the last of my granola with soy milk and a banana instead.  Then I headed out the door for a lovely 14km run.  It's a beautiful day.  And yes, I had that U2 song stuck in my head for much of the run while mulling over many other thoughts, as one does while running for over an hour: 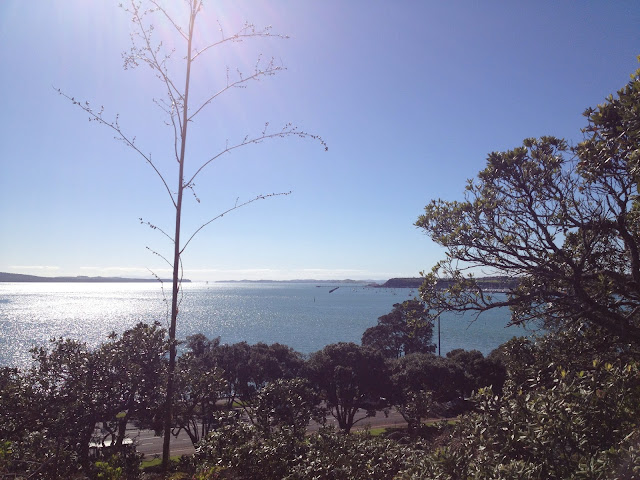 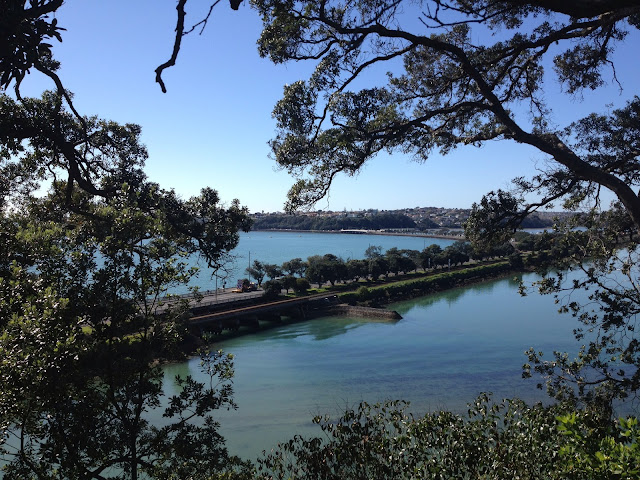 I had a vague idea of where I wanted to go, so just kinda ran and enjoyed the morning without worrying about my pace, which turned out to be pretty much my standard non-race pace anyway.  I was aiming for about 15km but I figured 14.4km was close enough ;) 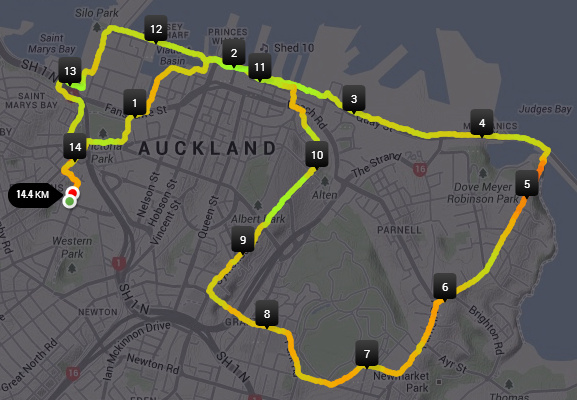 When I got home, I made the salad I'd been thinking about since the night before - kale with strawberries, gold kiwifruit and slivered almonds, and a lemon poppy seed dressing: 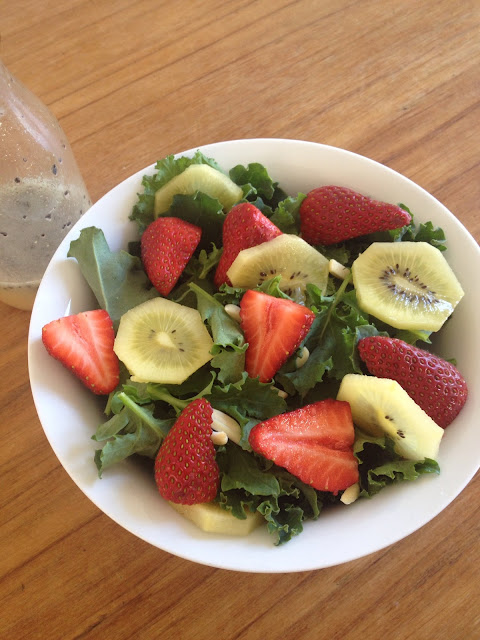 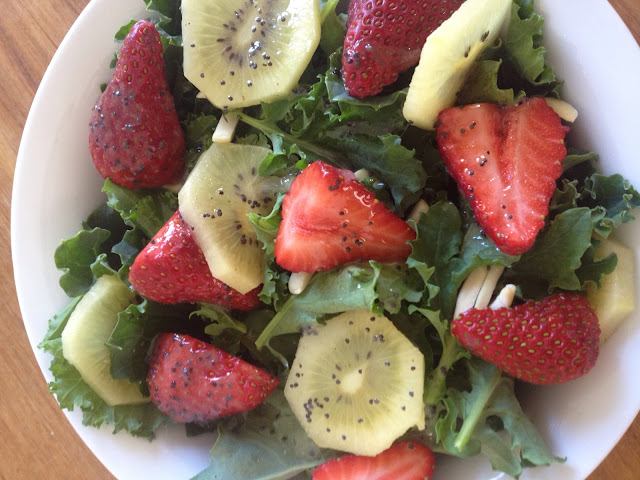 Simple, yet very, very tasty.  Wish I'd had some fresh blueberries to add in as well...  Sadly, they're still $14 a punnet.  A little out of my price range :(  Then I was naughty and heated up a square of that sticky date pudding.  I am incorrigible!  I've run out of containers so I can't just hide it in the freezer...

And I decided that despite what I said yesterday, I am going to spend some time in the kitchen today, because I really want to make this pumpkin soup.  It sounds utterly divine, don't you think?  But for now, my assignment awaits.

I got lots of work done on my assignment, so hopefully will have it done in the next day or so.  I made the pumpkin soup for dinner, and the roasted flavour was quite nice.  It was even better with the cashew cream! 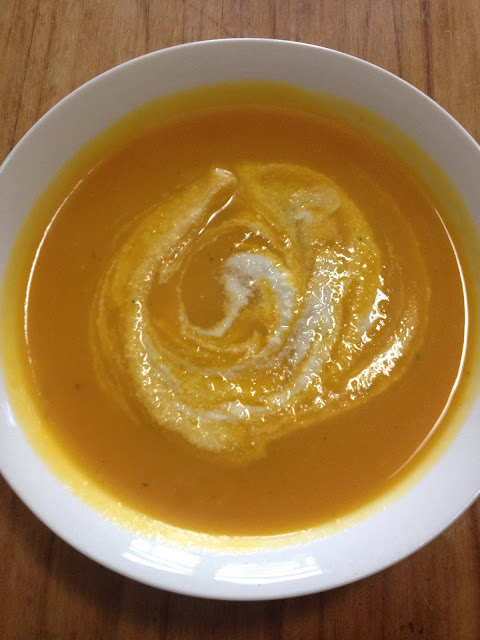 I also had another piece of the sticky date pudding for dessert.  Then I walked down to the supermarket and bought some new containers to store the remainder of the soup and that damned pudding in the freezer, so it wouldn't be yelling at me from the fridge every time I opened it to get the soy milk out for my never-ending cups of tea.  One drinks a lot of tea when studying, don't you know?  There were five pieces of the pudding left, and I put two pieces each into two containers, which left one piece.  So I ate it.  I did tell you this pudding was dangerous, didn't I...?

Thursday
Banana split pancakes.  What a way to start the day!  I am seriously in love with mini pancake stacks for breakfast: 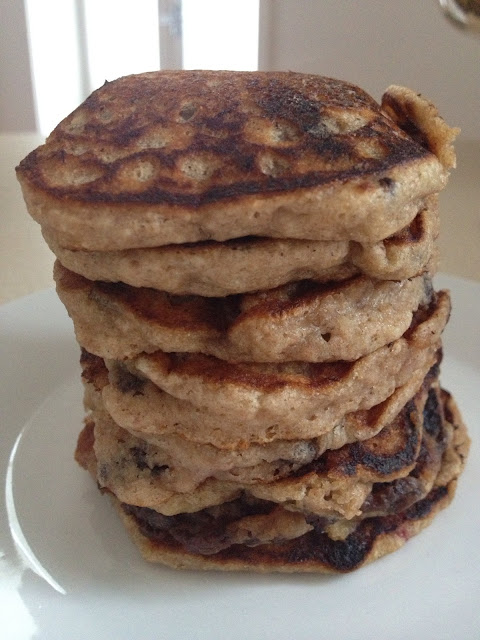 They look pretty good unadorned, do they not?  But wait, there's more... 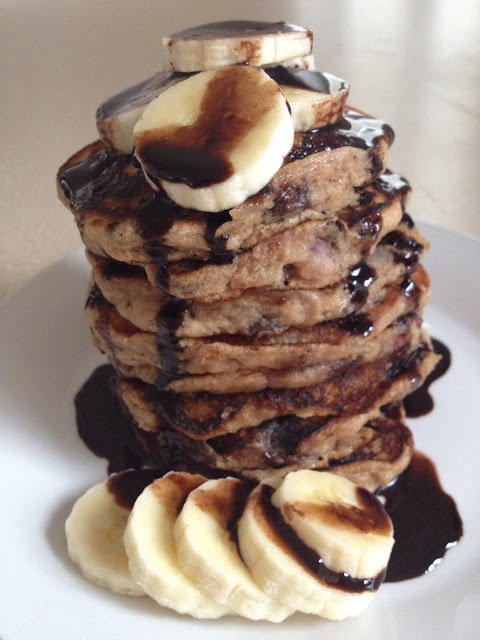 They look even better smothered in sliced banana and chocolate syrup.  Awwwwww yeah...  I will admit I found them a little fiddly to cook, probably due to the moisture in the strawberry bits making the pancake batter a little too wet.  But I didn't have a complete disaster, they still stacked, and they tasted fabulous.  I went all out and added the sugar, the coconut oil, and the chocolate chips.  Because why not?

I also made some cashew oat milk: 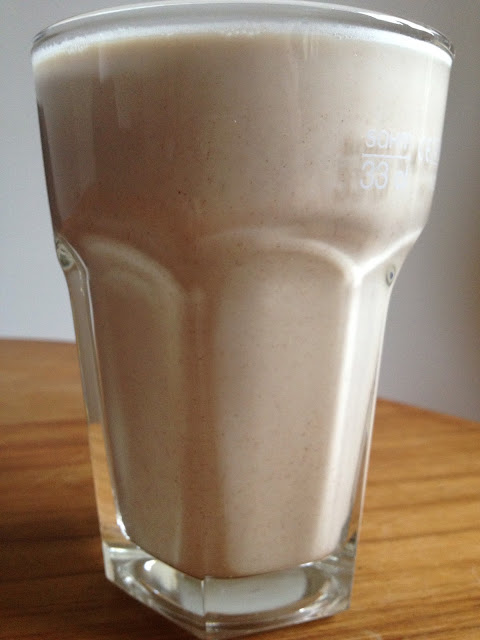 Wholesome and delicious.  It was one of those things that I was curious enough about to want to make at least once, and now that I have I'll most likely never make it again.  It's a bit like coconut milk - yummy, but something I know my stomach will not abide in any real quantity.  So I had a teeny tiny glass this morning after making it - fyi this giant glass is just for the picture, so you can see the little flecks of cinnamon and oat in the milk - and I'll probably use the rest for baking or in smoothies with other milk or water.  Also, it was a b***h to strain and I really don't have the patience for those kinds of shenanigans.

I'm starting to develop a bit of a stockpile of almond pulp here at the house of kreachr.  The other day I dried some out in the oven and turned it into almond meal for baking, and this morning I made some nut pulp hummus: 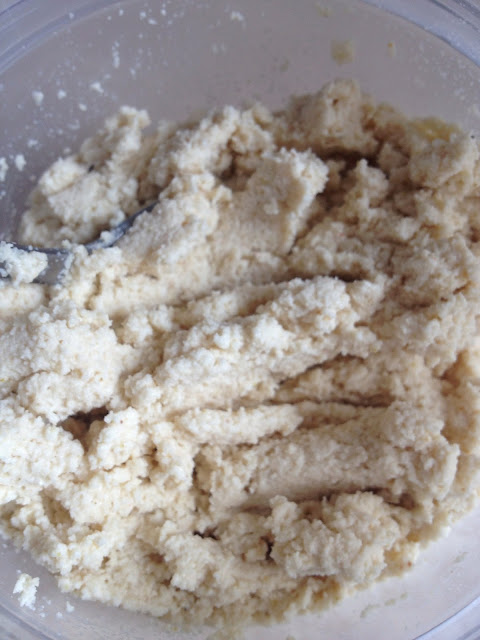 I tried a bit on an endurance cracker and found it a little bland, but that's most likely due to me under-seasoning it.  I was also a tablespoon short on tahini because I ran out.  I'll work on the flavours and see if I can improve it.

I'm into the real nitty-gritty of my assignment so most of today was spent in front of the laptop which made it a good day to eat the leftover broccoli (or in my case pak choy) curry udon in the fridge - a quick reheat and I was sorted.  I had planned on heading out for a 10km run, but it started raining and I think I'm coming down with whatever X had last week so perhaps an early night will be in order with the hope that this blows over and I can run tomorrow instead.  A simple dinner of oven baked chicken and potatoes for Deane and the kids, and I used up some cooked brown lentils I had left over from lunch the other day to make a half-assed version of this, without the pasta.  I have no sentimental attachment to spaghetti-o's since we never had them here, so I had no qualms about making this dish a lentil 'meatballs' in tomato sauce affair, with a side of braised silver beet and carrots.  Perfect.  I dished some up for Deane alongside his chicken and he was, I think, a little impressed at how good the lentil balls actually turned out ;)

Dessert was a single lady chocolate chip cookie.  Hmm, it would appear that dessert has become a habit again...
Posted by kreachr at 20:52