No, I'm not on drugs.  Running is my drug (ahaha, so corny!  But seriously, I think it is...)  In the running community, LSD stands for Long Slow Distance run, which is what many of us do once a week as part of our training, or just for the sheer joy of it.  I had intended after the Auckland Half to tone down the training runs and take a bit of a break, picking it up again after Christmas.  But already I find myself itching to get out for one of those LSDs.  Perhaps this weekend...  The weather's been a little dodgy this week, I took a couple of days to recover from the half, and we have appointments coming out our ears (X has the dentist and skin prick tests for allergies, the TV guy is coming to check the aerial... fun times in the kreachr household) so getting out for a run has been a little more difficult than I'd thought, which is making that LSD even more appealing.  But I did manage to get out for a run today since the forecast thunderstorm didn't eventuate.  I heard a couple of thunder claps, but there was blue sky and white fluffy clouds so I have no idea what was going on!  I drove out to Cornwall Park since I haven't been out there for a while.  It was a beautiful day, and I took many, many photos.  Here's a few good ones: 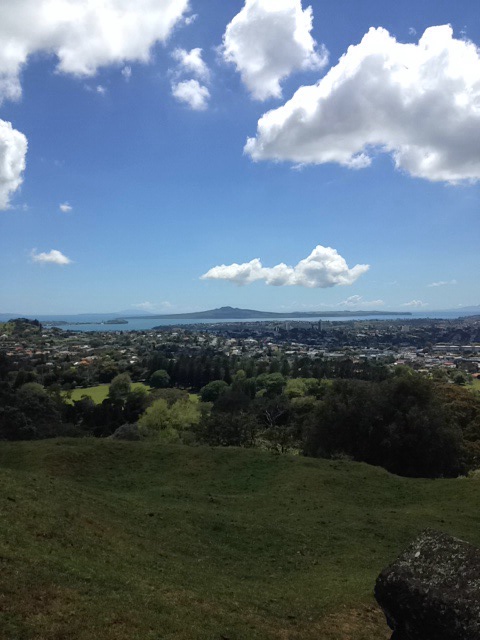 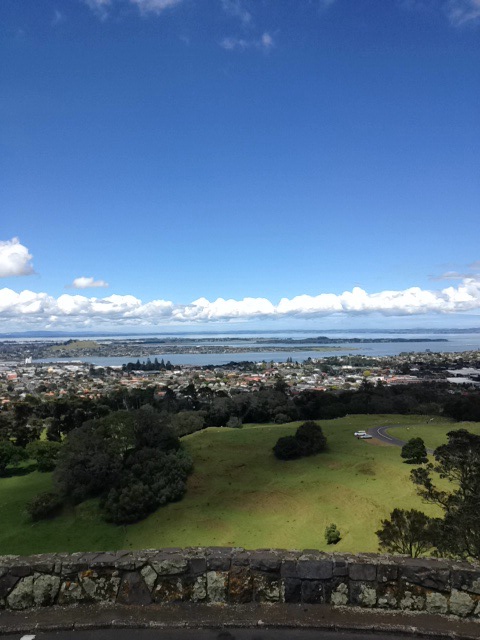 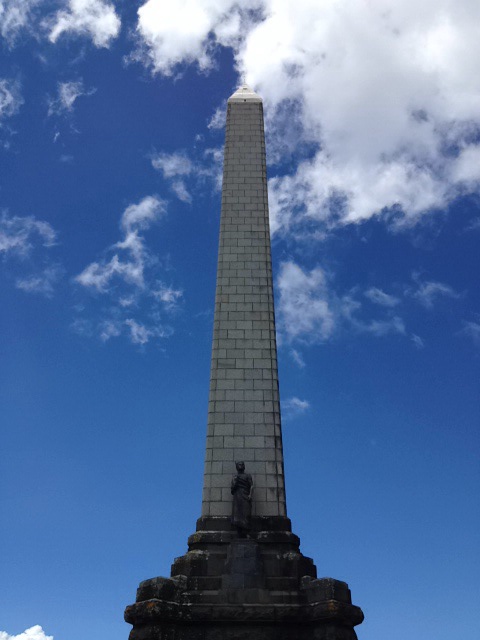 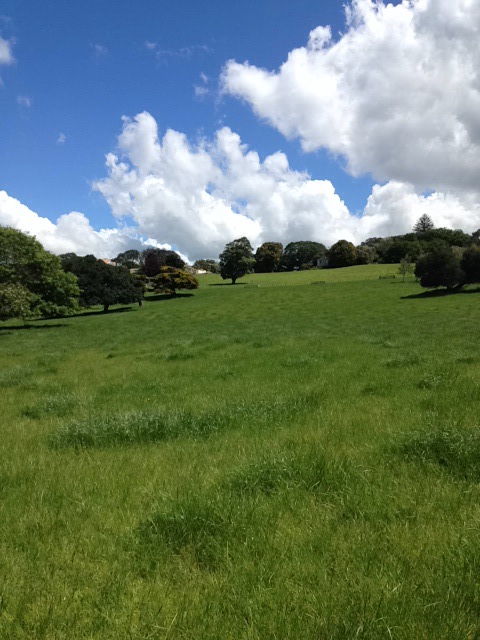 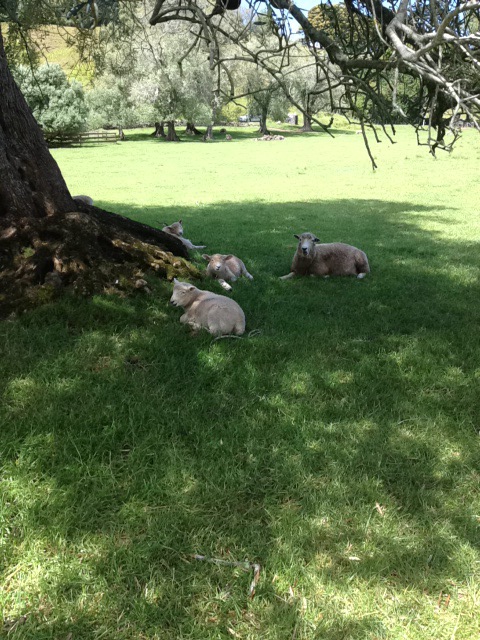 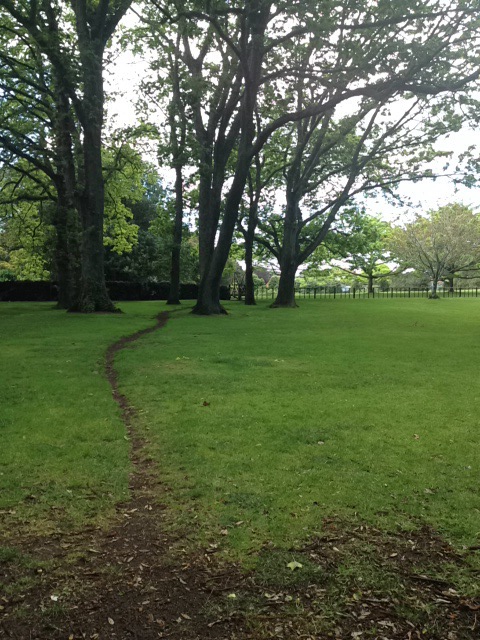 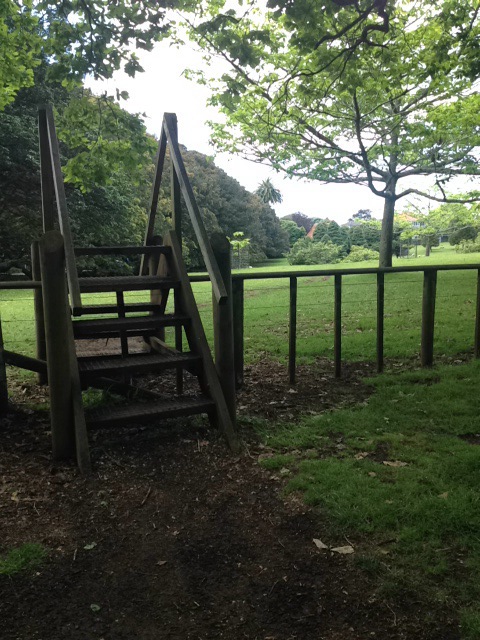 It was a slow 11.5km run (two laps around the park with a trip up One Tree Hill) with an average pace of 6'09", but I really enjoyed the scenery and the beautiful weather (hence all the photos).

Call me crazy (you probably already do) but over the weekend I decided 'what better way to celebrate a fantastic race, even if it wasn't a PB, than to sign up for some more?'  Amiright?!?!?  So this week I filled in the online registration for not one, but two early 2014 races.  The 13km Tussock Traverse run that I'm doing with a friend - I even booked accommodation at The Park Hotel so it's all official (exciting!!), and the Coatesville Classic half.  I had looked at this event a couple of years back, thinking it sounded pretty fun.  Of course, a couple of years back, 10km was a bit of a mission for me to run so I have no idea what I was thinking.  I must have come to my senses since I didn't end up entering it at the time.

Both these events are going to be run in fairly hot weather so I'm not expecting any PBs, but I think they'll be quite a lot of fun.  With the Tussock Traverse in late January, I'll need to keep up with training to a certain extent and clock some middle-of-the-day runs to prepare for the heat, and some more trail runs to get used to the uneven ground.  My friend participated in the event last year and warned me that it gets really hot, particularly as there is no shade and the sun's heat gets absorbed by, and radiates out of, the black volcanic rock making it even hotter.  Knowing how much I dislike heat in general and running in the heat in particular (hence the early morning runs) you may be wondering why I still entered.  So am I ;)  I would claim temporary insanity, but I don't think that'll wash.  At least I didn't enter the 26km run...  Any tips Sheryll?  I see you did the traverse earlier this year (awesome time btw).

Also this week, I've been enjoying lots of salads.  I had a bag of spinach and a ginormous iceberg lettuce in the fridge and because of my laziness assignments last week I hadn't really done much with them.  So to chomp through some of the greens, I made a falafel salad: 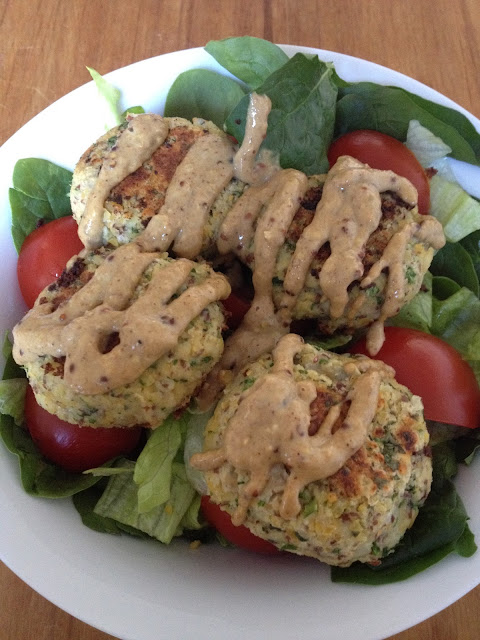 I used the Oh She Glows falafel recipe, and the vegan caesar salad dressing from Post Punk Kitchen instead of the lemon tahini dressing that went with the falafels.  I only had bottled lemon juice and experience has taught me that this doesn't blend with oil as well as fresh-squeezed juice.  Plus I needed the tahini mustard dressing for the caesar salad: 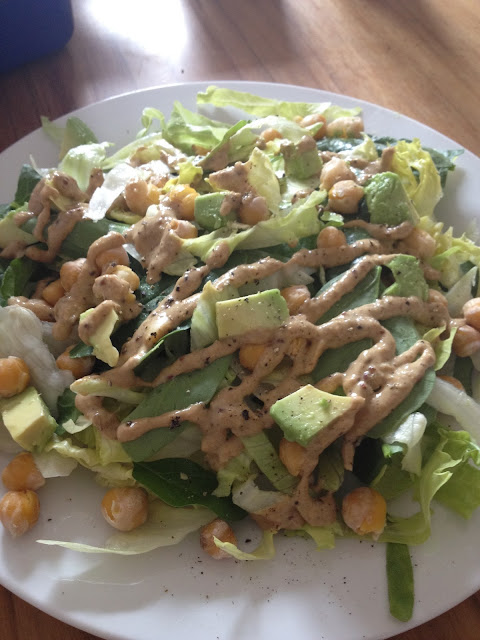 Then there was my breakfast salad - spinach, blueberries (I finally caved and bought some), strawberries, avocado and peach: 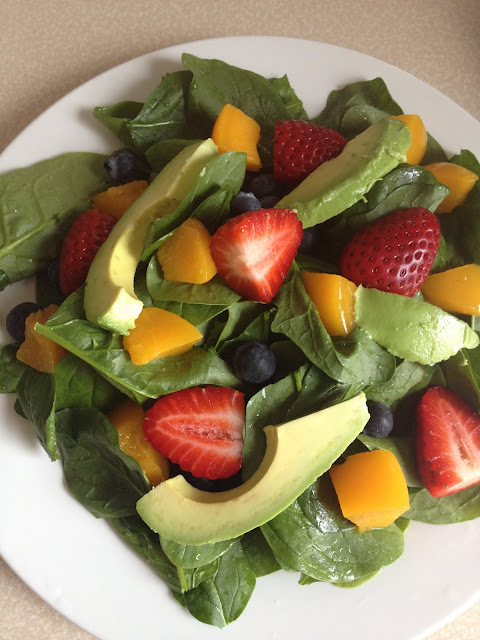 Unfortunately, fresh peach is still unavailable so this is not-so-awesome canned peaches in juice.  Still pretty good, but I actually think some citrus would've gone better.  Oh well.  And last for the week so far was today's fruit salad, sans greens (unless you count the mint garnish): 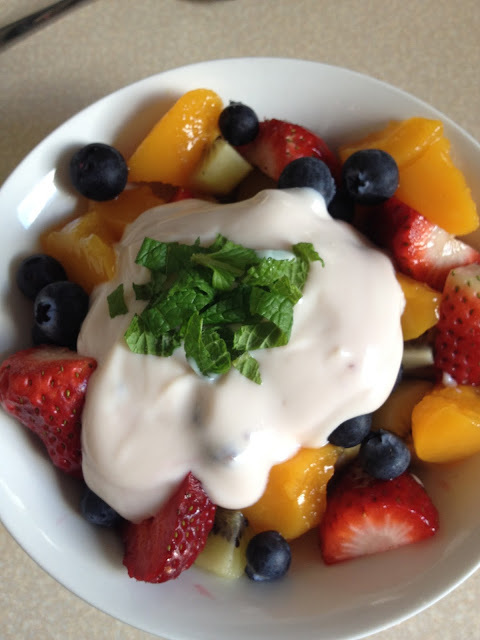 So much salady goodness!  Omnomnom!!  I still have spinach and iceberg lettuce left, plus we now have batavia lettuce (from this week's Foodbox) so I think I'll be having quite a few more salads in the near future.  Having opened a can of peaches for the salads, I had to find a way to use the remainder of them up.  Cue the peach oat smoothie I've been eyeing up for a while: 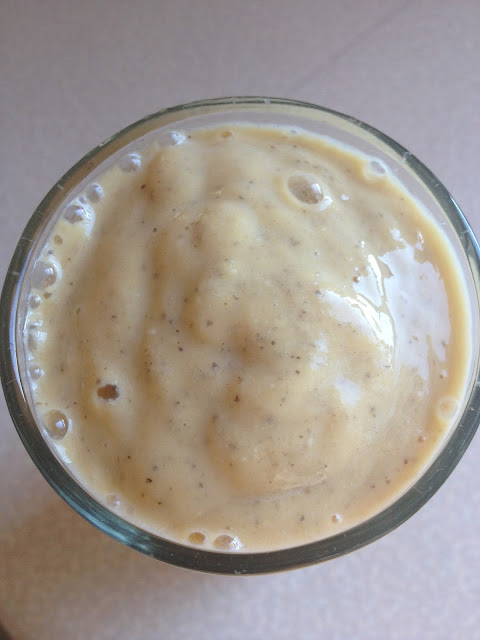 A smoothie so thick you could eat it with a spoon!  It was pretty good too.  I'd happily have it again, because what's not to like?  Vitamin C, iron, fibre, omega 3, protein, calcium, antioxidants, all that fruity goodness... yum!  I used enriched soy milk instead of almond, and a fresh banana instead of a frozen one.  The last smoothie I made (the peanut butter and jelly date smoothie) had frozen blueberries and banana, and the blender had a hell of a time trying to whizz it all together.  I ended up having to add heaps more almond milk to get it moving, then had to drink it all because Deane wouldn't touch it.  He doesn't like sweet stuff mixing with his peanut butter.  For a man that claims to 'eat everything' he's a pretty fussy guy...  One day I'll get a Vitamix and it will all be okay.  One day.  For now though, less frozen produce, more liquids.

Gosh this post is picture-heavy!  Sorry about that.  It's also getting kinda long.  So I guess that's my clue to end it.  Until next time!  Enjoy the rest of your week :)
Posted by kreachr at 15:58