2013 zoomed on by, didn't it?  The last few weeks have motored along and I haven't had time to post!  I guess there's a reason why they call it the silly season :)  Well, there's only one thing to do - give a quick recap of the last weeks, and an overall summary of the year.  Let's get started:

The boys enjoyed their last couple of days at school, which consisted of a day at Pt Erin Pool and a half day of doing not a lot.  On Saturday 21st we crammed ridiculous amounts of stuff in the car and headed down to Napier, stopping in at Candyland on the way: 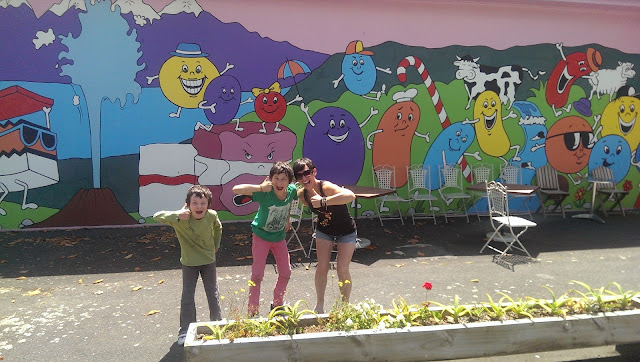 We thought the lolly faces were creepy

To start off the weather was classic Hawke's Bay - sunny and warm, and just all around lovely.  Unfortunately, it didn't last long.  After the first couple of days, the weather turned cloudy and cool, with showers and some fairly decent rain thrown in.  Christmas Day was okay (and thankfully not sweltering, because who wants to have a full turkey dinner when it's 28 degrees?) but Boxing Day was very wet.  Everyone had a great Christmas, there was plenty of fabulous food and happy faces.  I think we may have ended up with more presents to lug home than what we brought down with us!  I squished in three runs while I was there - two 10kms and a 12km.  Each went a different way, and I got some lovely photos.  This first lot was from my first 10km that took in Otatara Pa around sunrise.  Just beautiful: 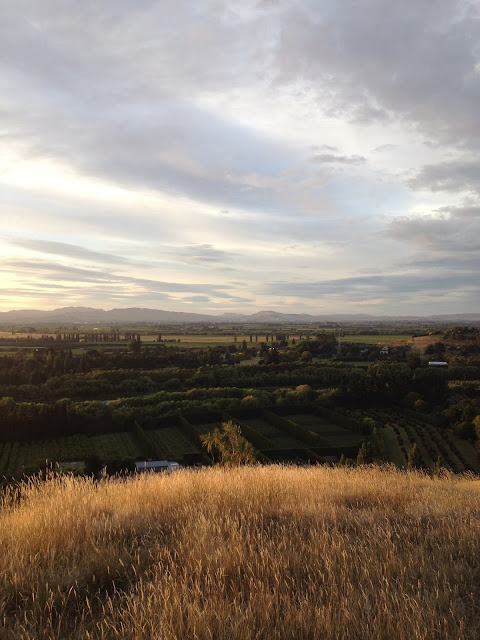 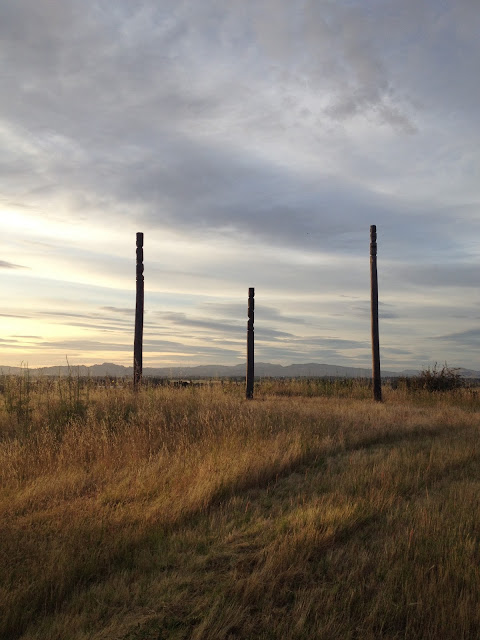 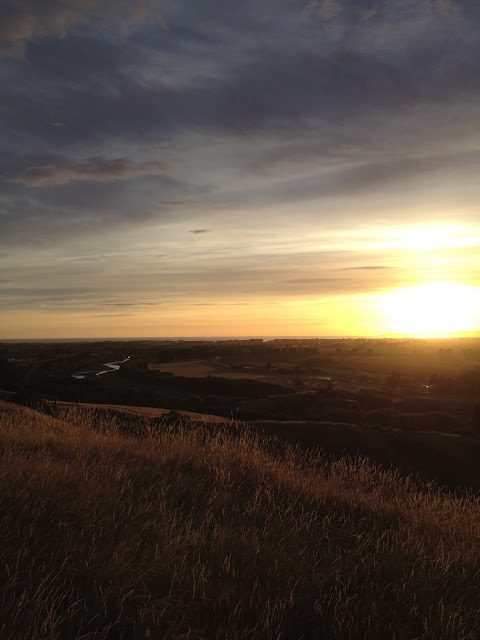 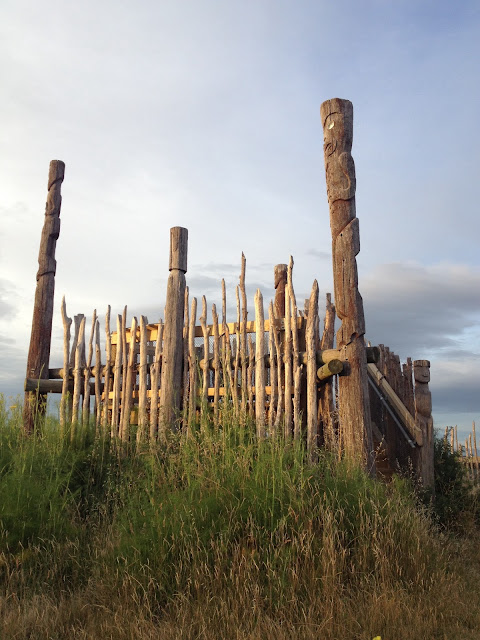 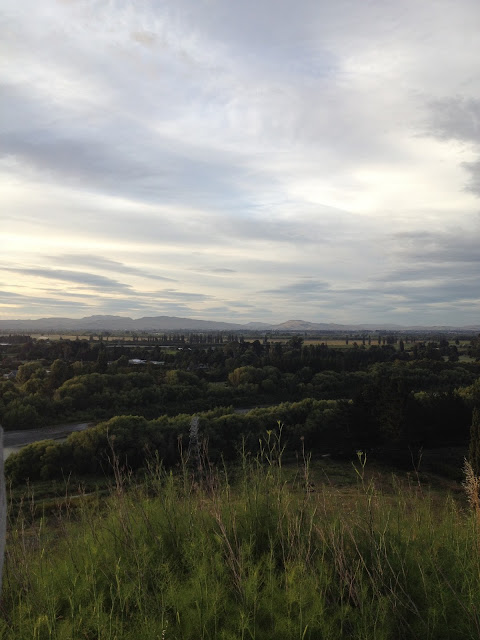 The second run, the 12km, was along a part of the Rotary Pathway near my parents' house: 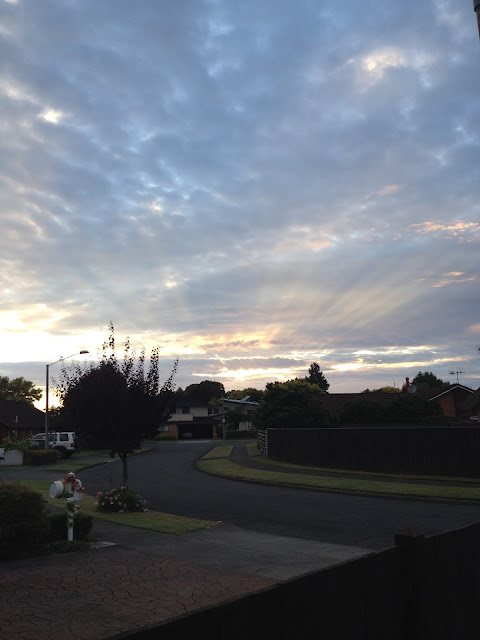 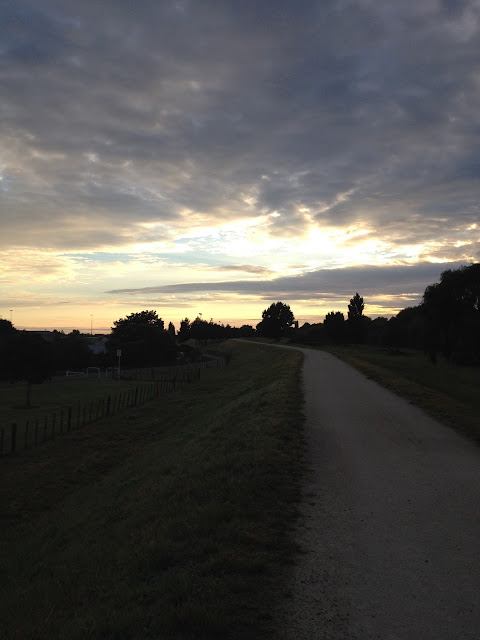 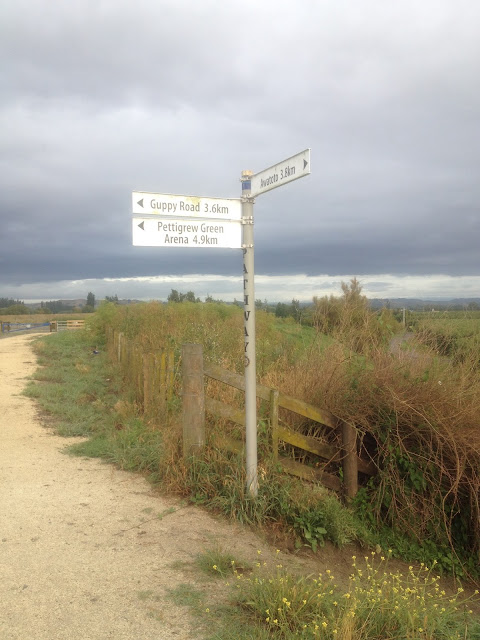 The third run (10km) was run while it was overcast and at times drizzly, so no pics of that one.  It took in Church Road, past Mission Estate Winery down to Park Island and back.

While in Napier, we took the boys to the Fiesta of Lights at the A&P Showgrounds.  It's a 1km loop through the grounds with Christmas light displays by local artists.  Quite nice, and much better than driving around all of Napier and Hastings to see people's house lights, which is what we did the last two years.  We also went and played a round of mini golf (I won, with one under par) and visited the New Zealand National Aquarium. 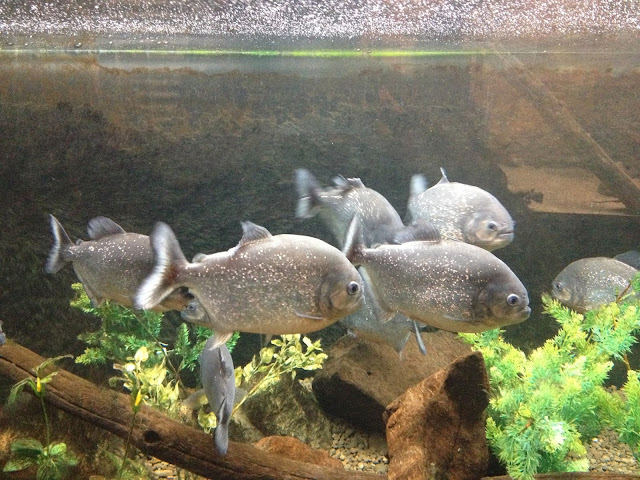 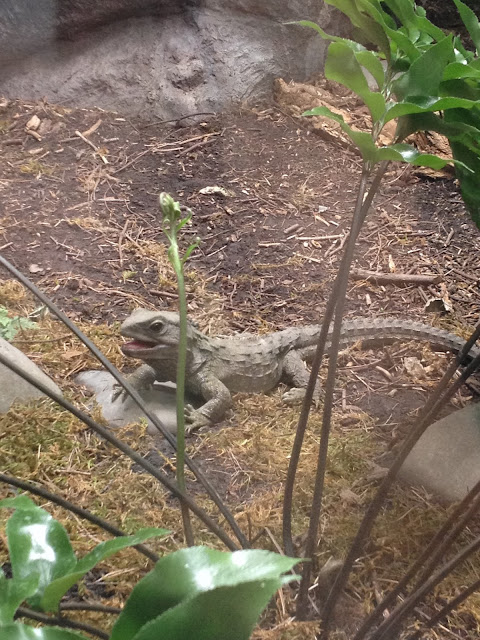 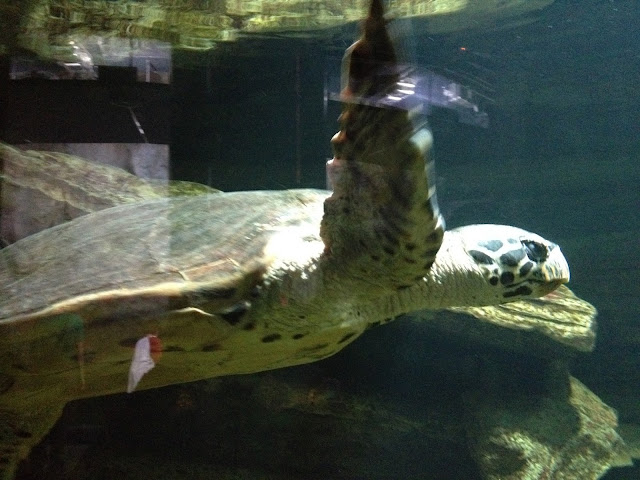 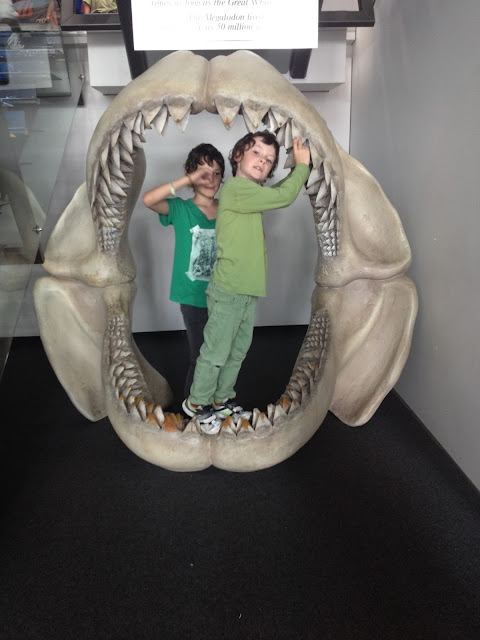 We went up to Te Mata Peak for a picnic dinner (unfortunately it was so windy and cold, we ended up eating in the car): 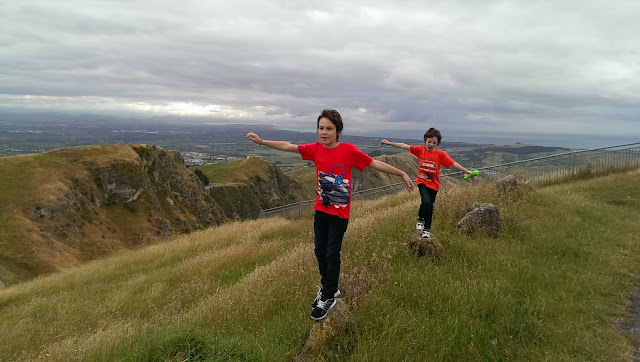 Deane also took them to laser tag.  It was a busy week!  We then crammed most of our stuff back in the car (not all of it would fit!) and drove back home again, stopping once on the way: 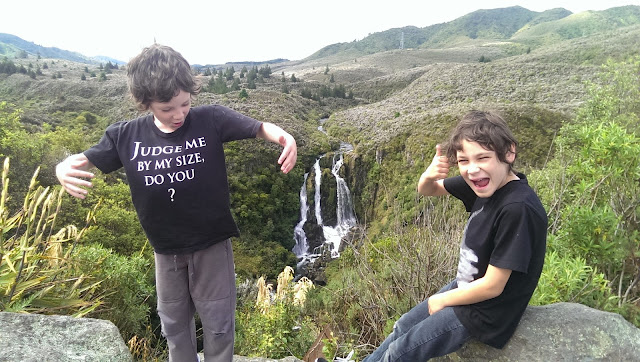 Deane and I celebrated our 13th wedding anniversary - I made him breakfast in bed and hid Voldemort pictures all around the house (Harry Potter nerds will remember the cemetery scene with the Death Eaters once Voldy gets his body back - 'thirteen years it's been'!): 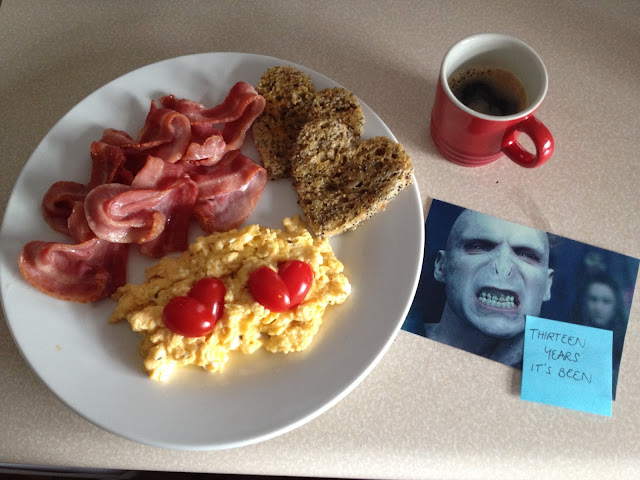 And he made a vegetarian curry for dinner :)  It was delicious!  On New Year's Eve, I went for the last run of the year: 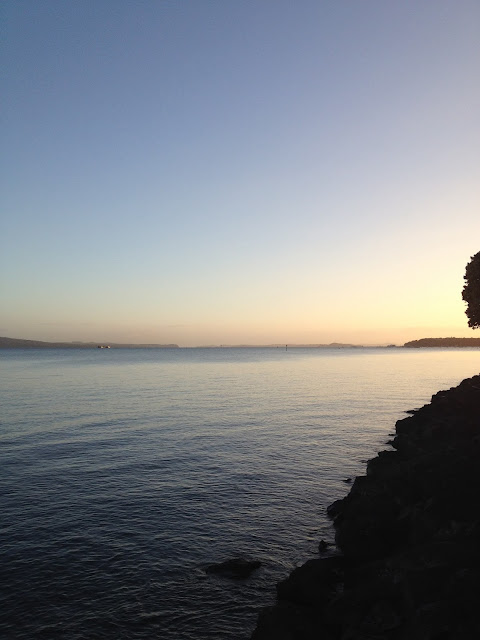 That brought my total kilometres for the year up to 1,392 - well short of my goal of 2,013 in 2013.  Oh well...  That evening we had friends over for dinner and everyone stayed up to watch the fireworks at midnight (which were much better than last year), then our friends went home and we all stumbled into bed.  T was kind enough to wake me up around 6.30am on New Year's Day (sleep-ins don't exist in my world!) and I finished up my assignment (yay, holiday mode!) then wandered into town to get a Nike Sportwatch (hooray for Flybuys!) and some Shotz gels for the next day (see next post).  Hello 2014!!! 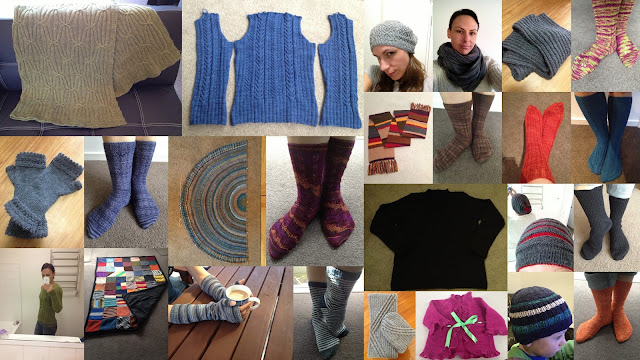 26 projects in total, so although my knitting slowed to a crawl at the end of the year, I still averaged more than two projects a month :)

Books read in 2013: Wishes & Stitches by Rachael Herron, A Study in Scarlet by Arthur Conan Doyle, Talk to the Hand by Lynne Truss, Things I Learned From Knitting... whether I wanted to or not by Stephanie Pearl-McPhee, Eat and Run by Scott Jurek, Running to Extremes by Lisa Tamati, Fish by H Pauk, SC Lundin and J Christensen, Booked to Die by John Dunning, Running Hot by Lisa Tamati, The Space Between by Diana Gabaldon, Fool Moon by Jim Butcher, Mockingjay by Suzanne Collins, The Little Coffee Shop of Kabul by Deborah Rodriguez, The Sign of the Four by Arthur Conan Doyle, 50 Shades of Alice in Wonderland by Melinda Duchamp, Fifty Shades Freed by E L James, My Story So Far by Paula Radcliffe, Chickenhare by Chris Grine, A Short History of Tractors in Ukrainian by Marina Lewycka, Marathon: The Ultimate Training Guide by Hal Higdon, Confession of a Sociopath by M E Thomas, The Casual Vacancy by J K Rowling, Running Like a Girl by Alexandra Heminsley, Grave Peril by Jim Butcher, A Series of Unfortunate Events - The Reptile Room by Lemony Snicket, Fearless Fourteen by Janet Evanovich, Wool by Hugh Howey, Summer Knight by Jim Butcher, Assassin's Creed: Renaissance by Oliver Bowden, The Help by Kathryn Stockett, Never Wipe Your Ass With a Squirrel by Jason Robillard, The Hitchhiker's Guide to the Galaxy by Douglas Adams, Eliza's Home by Rachael Herron.

Only 33.  Not too bad I suppose, since I managed to complete (nearly) five papers this year for my degree.

Other significant events:
Not really the most eventful year I guess, but fun all the same.  I'm really looking forward to 2014!