My weekend wasn't what you'd call overly indulgent, at least by normal standards.  I'll admit that my food intake wasn't the best due to limited options.  When you're in the middle of nowhere (aka National Park) and there are two restaurants to choose from (the hotel restaurant or the local pub) with the only vegetarian menu items being fries, spicy nachos, or a large vegetarian pizza, you kinda have to take what you can get.  One cannot survive on weetbix, toast and fruit, which was all I took with me (well, you probably could but it may not be pleasant).  Lunch on Friday was a ginormous bowl of pasta.  I avoided as much of the parmesan as possible, but there was rather a lot of it.  On Friday night (the night before the Tussock Traverse) I had the spicy vegetarian nachos.  Dude, they were spicy!!  Good, but spicy.  Thankfully they didn't cause too much of a problem on race day, or at least nothing worse than what I usually deal with the morning of a race.  Then on Saturday night (after the TT) I had a big ol' bowl of fries then Zoe and I indulged in some delectable desserts (chocolate brownie and sticky date pudding) as a reward for the day's efforts, because why not?  On Sunday after arriving home I had a far more respectable dinner, but then proceeded to drink an entire bottle of bubbly.  Surprisingly, I did not have a hangover the next morning (drink plenty of water, kids).  What I did have was a lovely reminder that eating and drinking without consideration over a number of days results in rather unpleasant after-effects in the form of bloating, cramping, nausea, and you probably don't want to know what else :/  Cue healthy eating habits once again... sans the huge amount of wheat-based carbs and dairy!

On Tuesday it was bircher muesli for breakfast, lunch was a salad and an apple, and dinner was a (not very) spiced quinoa pilaf with corn and broccoli (yep, scraping the bottom of the barrel in terms of vegetables, waiting for this week's Foodbox delivery): 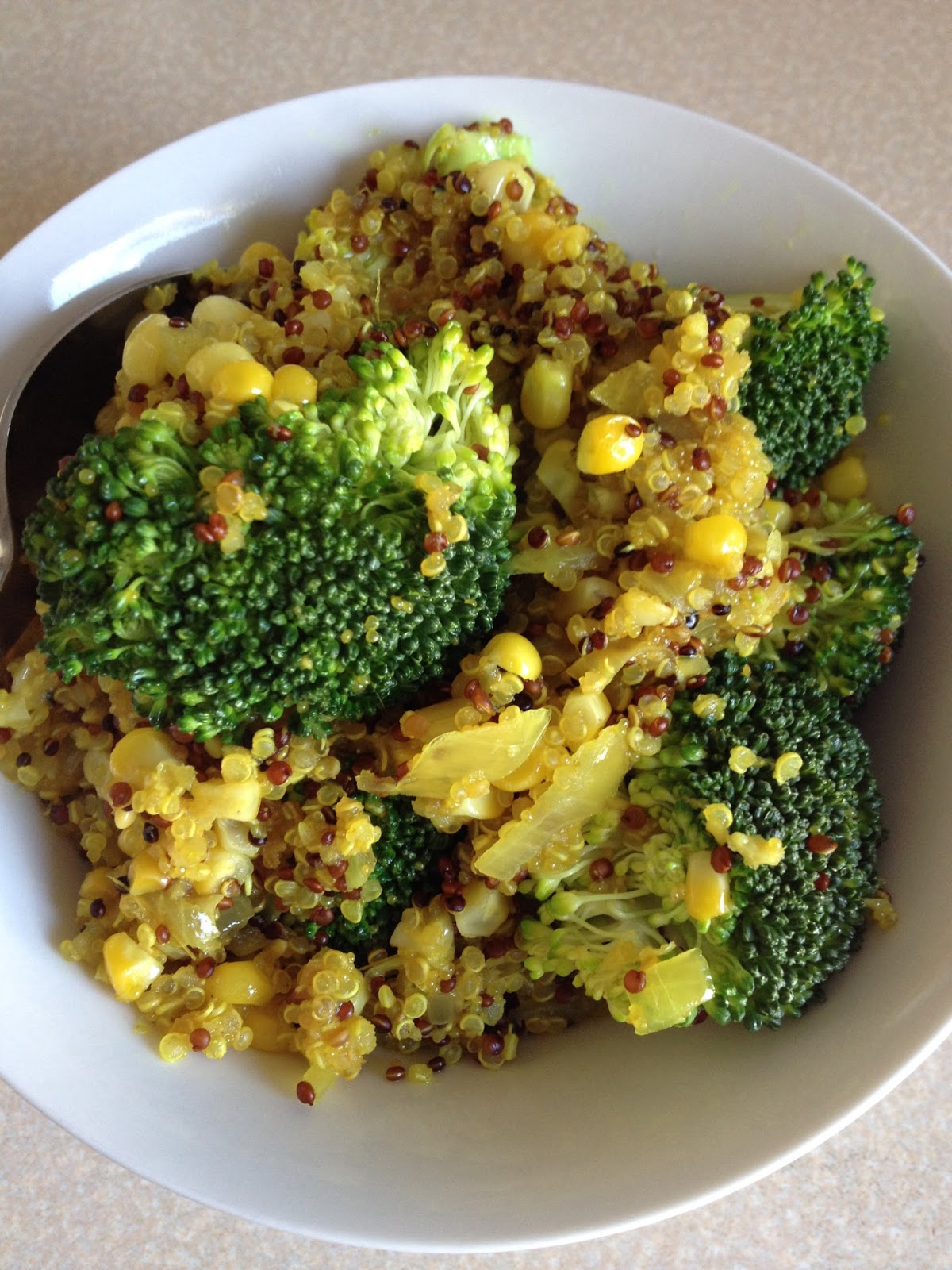 And I made a loaf of... I'm not sure you can really call it bread... but the recipe creator calls it 'the life-changing loaf of bread' so we'll go with that.  Hello breakfast! 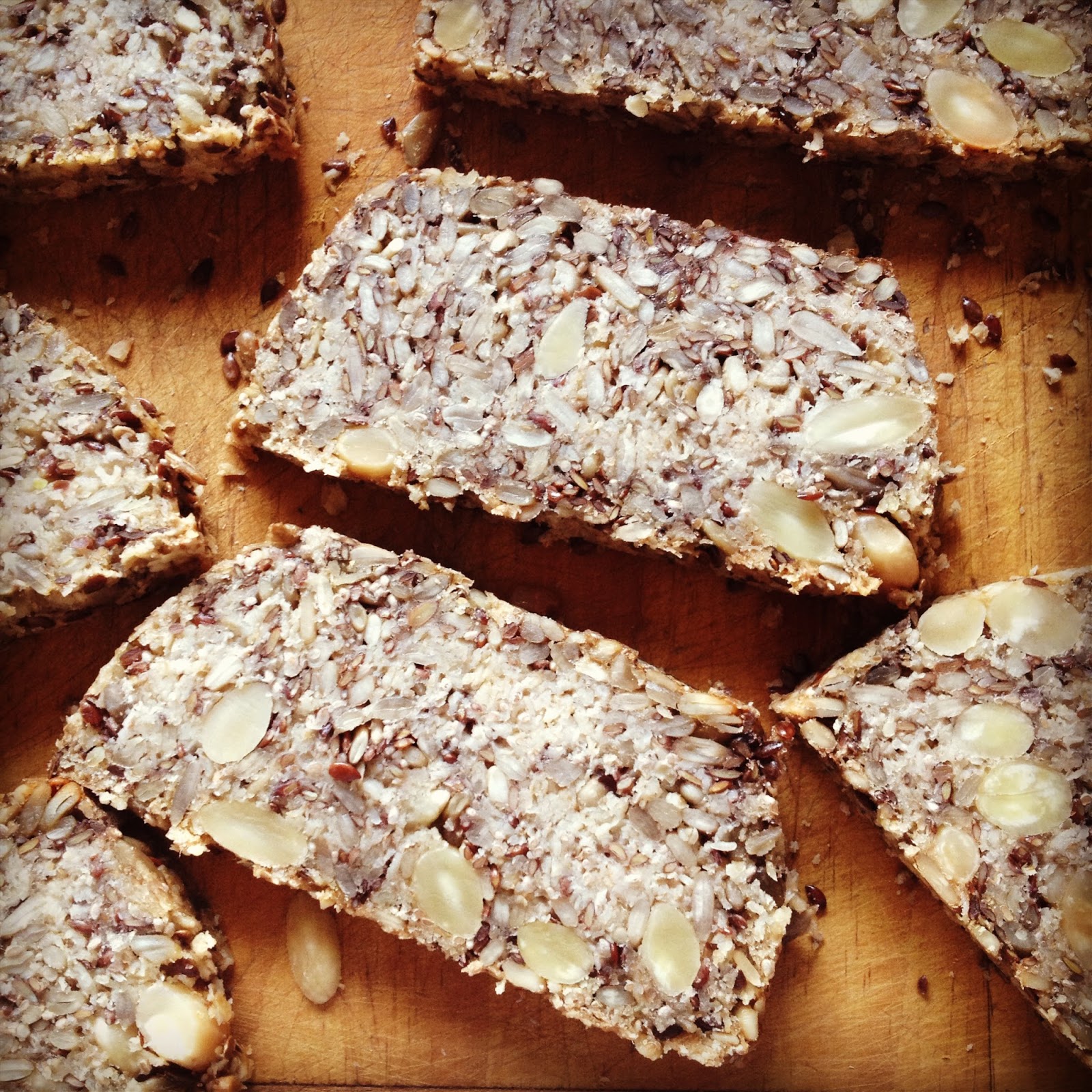 I'm supposed to be working on a presentation for my next assignment but can't seem to get my head around it, and with the boys home making lots of noise I'm finding procrastination much easier to accomplish.  Yesterday it was in the form of purchasing, downloading and laughing at the pictures from the Tussock Traverse.  Oh dear, I do take some terrible photos...  Notes to self: a) stop waving like a maniac at the camera, it is terribly unflattering; b) double thumbs-up with elbows sticking out looks equally as ridiculous; c) DO NOT wear Nike running shorts again!  Case(s) in point: 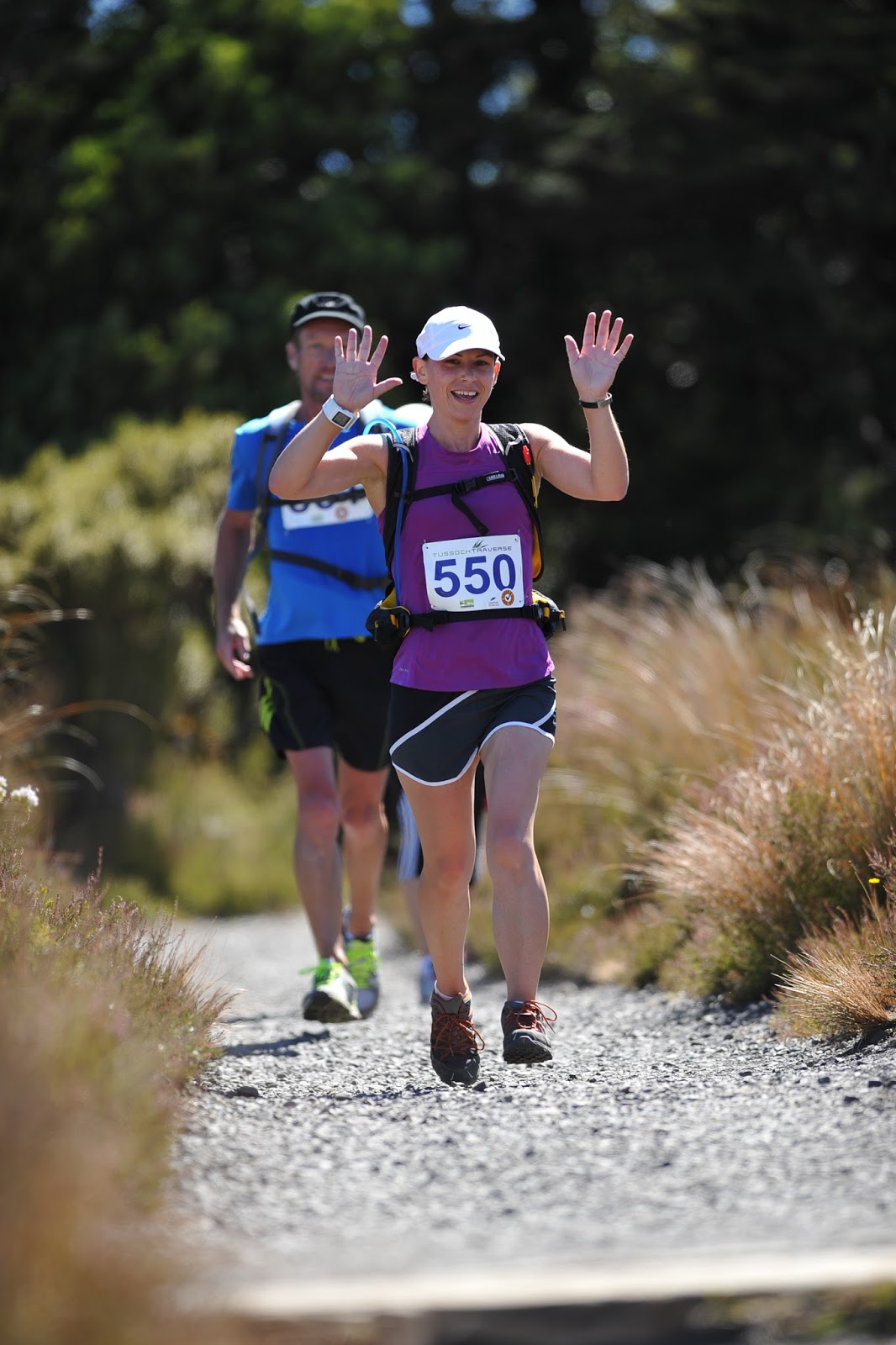 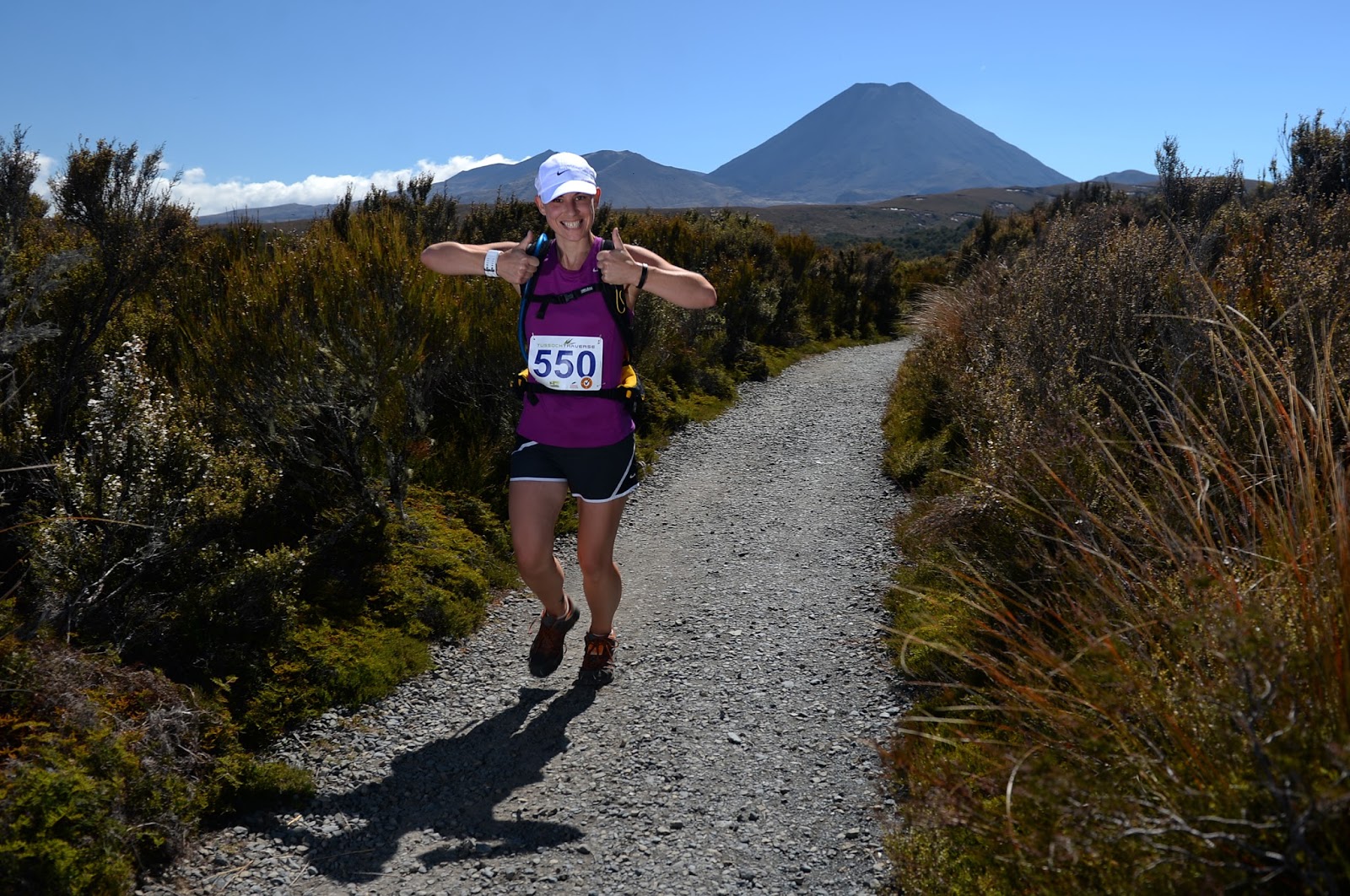 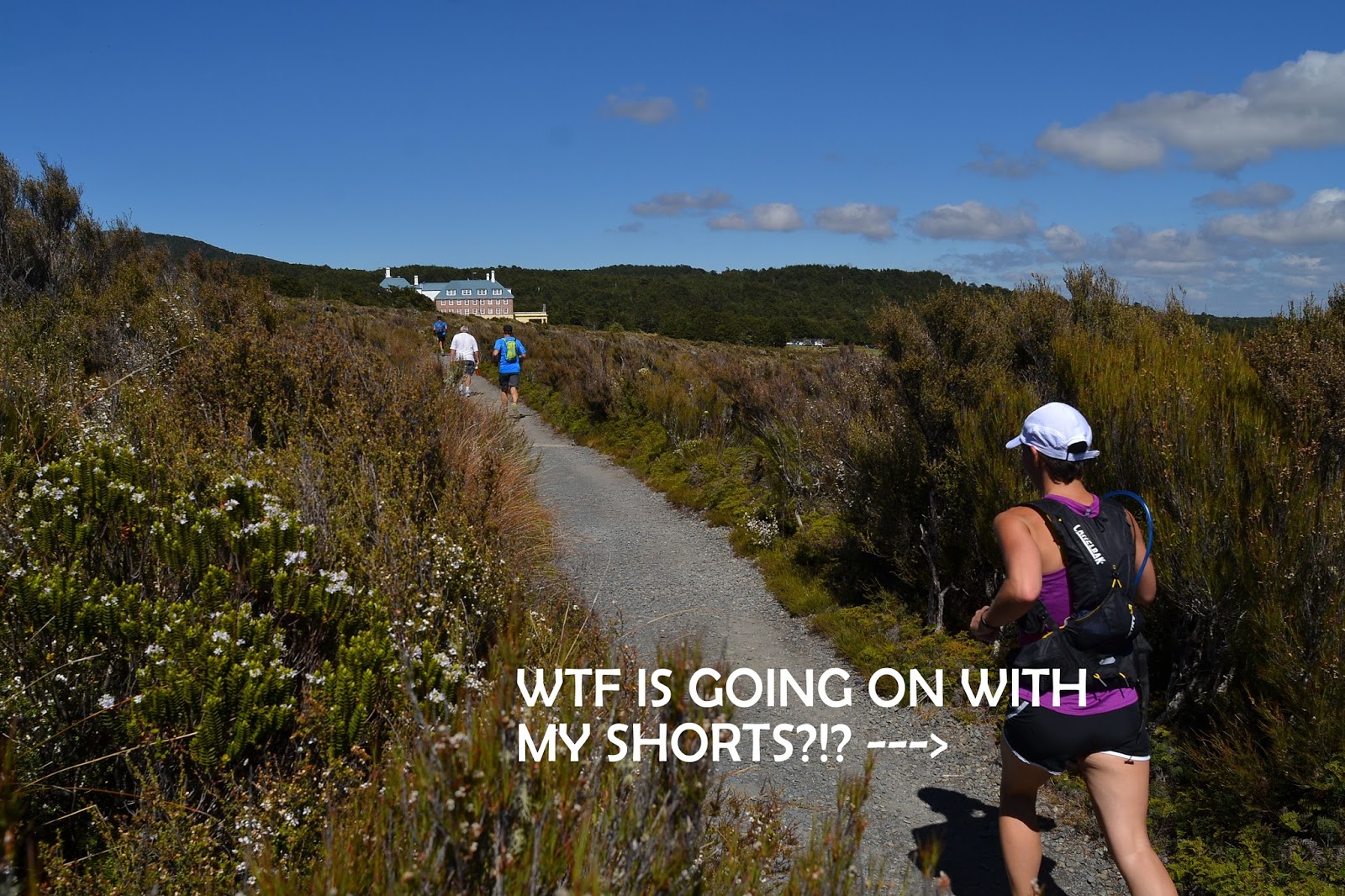 Also, I have no idea what compels me to do ridiculous things mid-run, but 'posing' just makes me look like a crazy person: 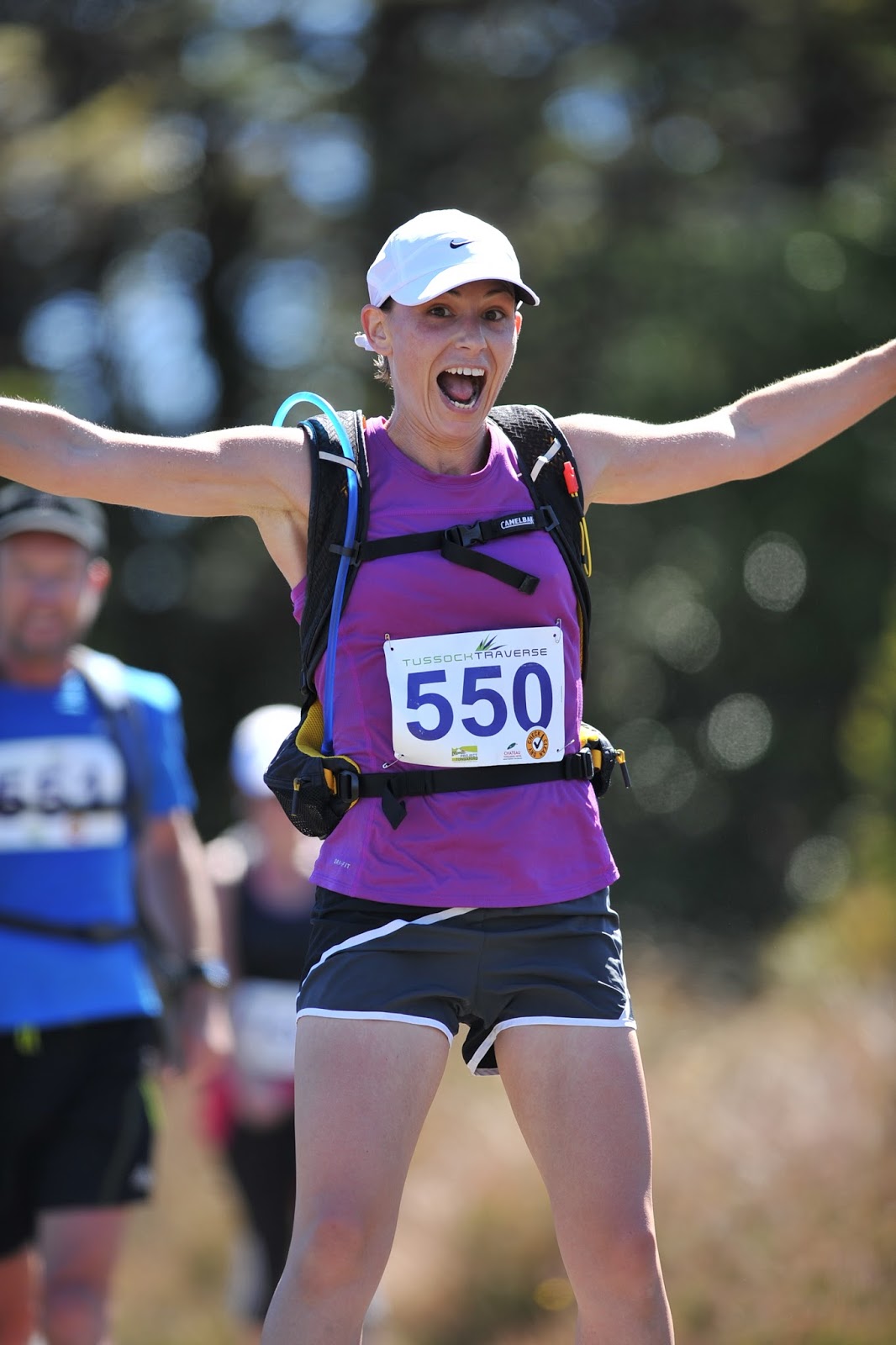 At least I got one relatively decent photo: 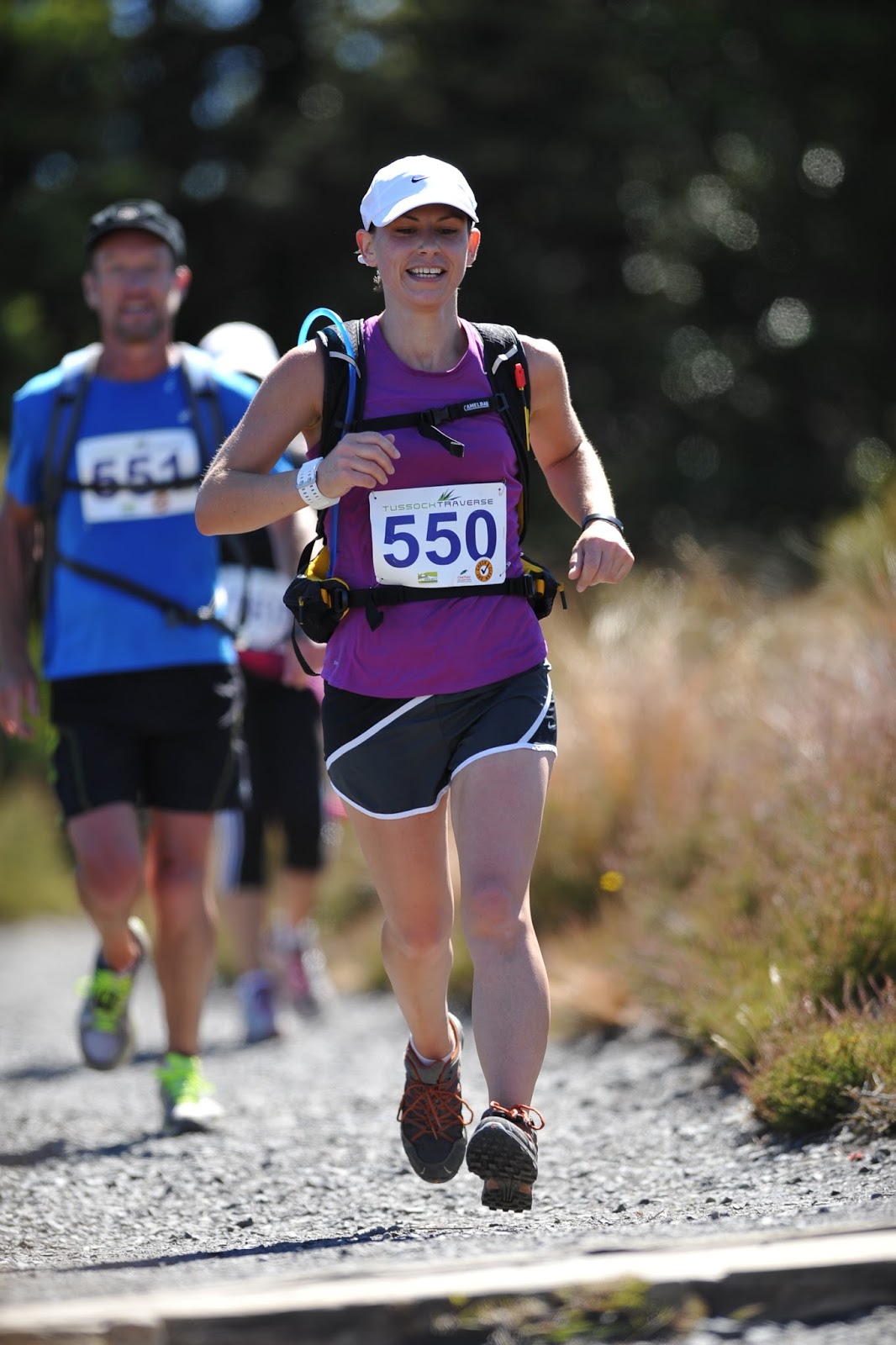 That was the split-second before deciding, 'hey, I know what'll look really cool - jumping!'.  Ah, we live and learn...  One day I might get a really good race photo that I'll be happy to enlarge and frame to go on the wall.  So far though, it's been pretty slim pickings ;)  At least I had fun, right? ^_^ And, of course, there are plenty more races to come.  Bring on the non-spazzy photos!!  Hopefully...
Posted by kreachr at 09:37