Fun fun fun!!!  Zoe and I headed down to Tongariro at about 9am on Friday morning, and since we were in no hurry, decided to have a little fun on the way.  We stopped off at Waitomo for lunch and a jaunt through one of the glowworm caves.  Sadly, my phone camera is total poop at taking photos in the dark so I didn't get a good pic of the glowworms, but I did get some photos of the stalactites and other random stuff: 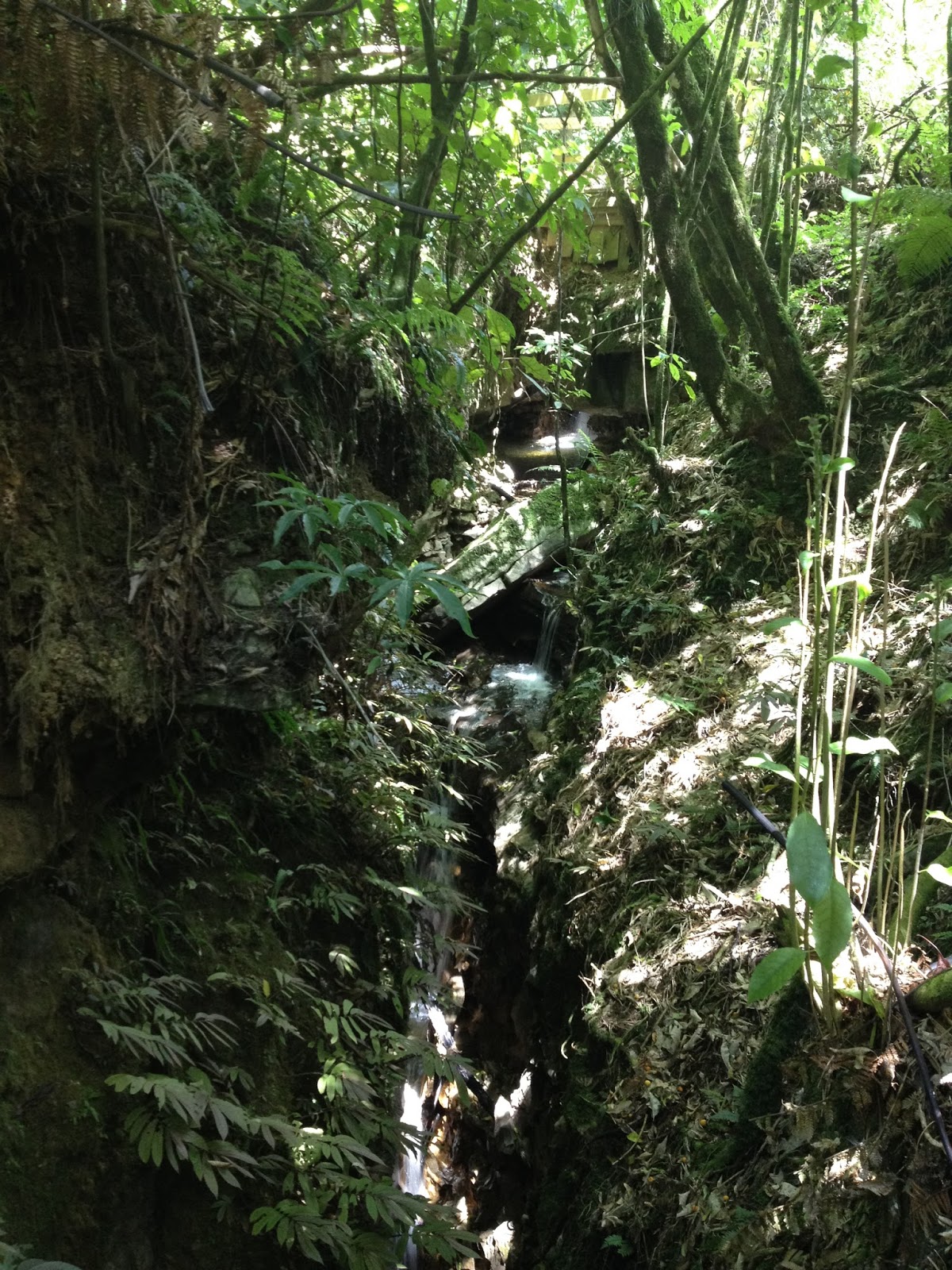 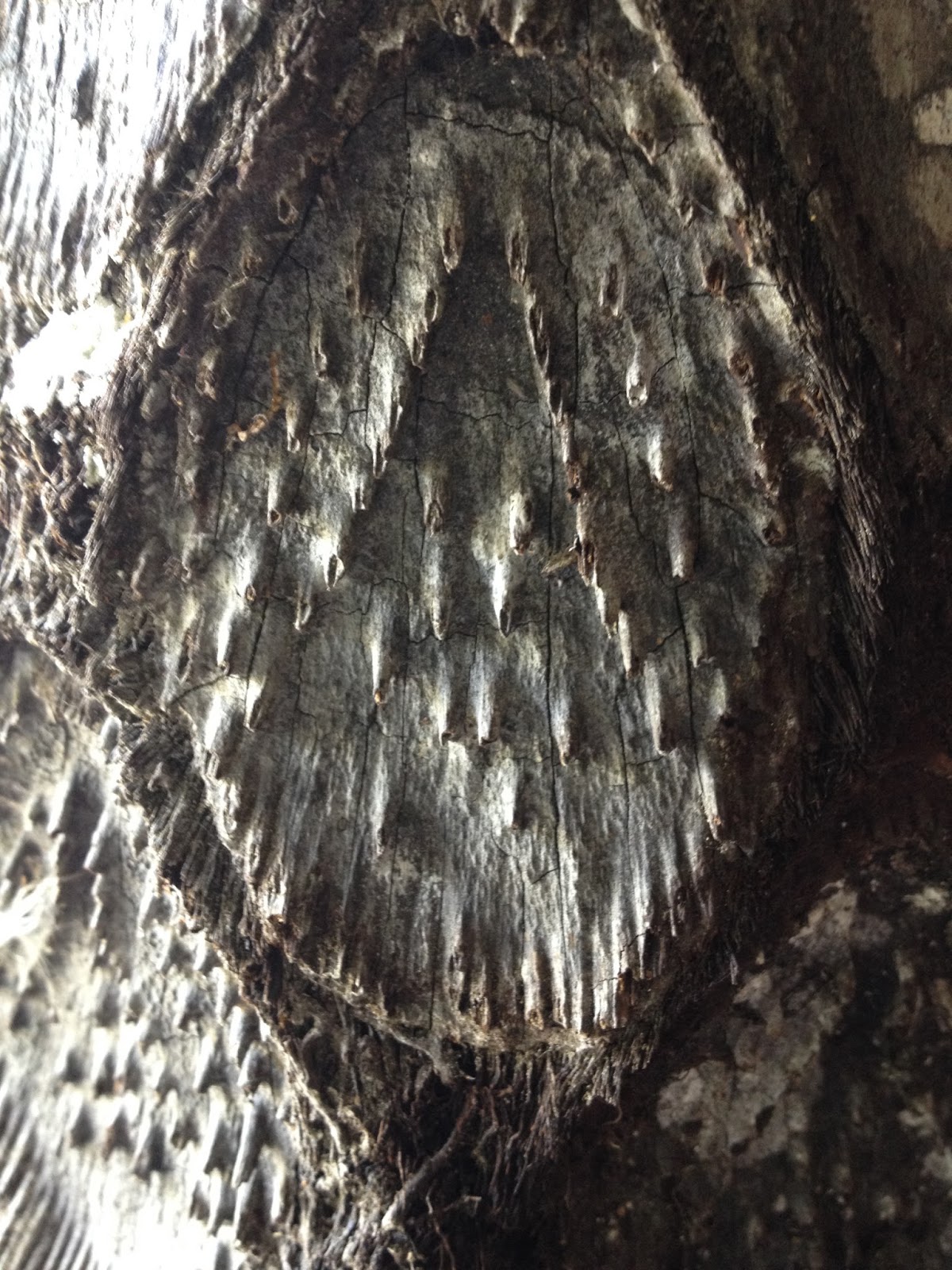 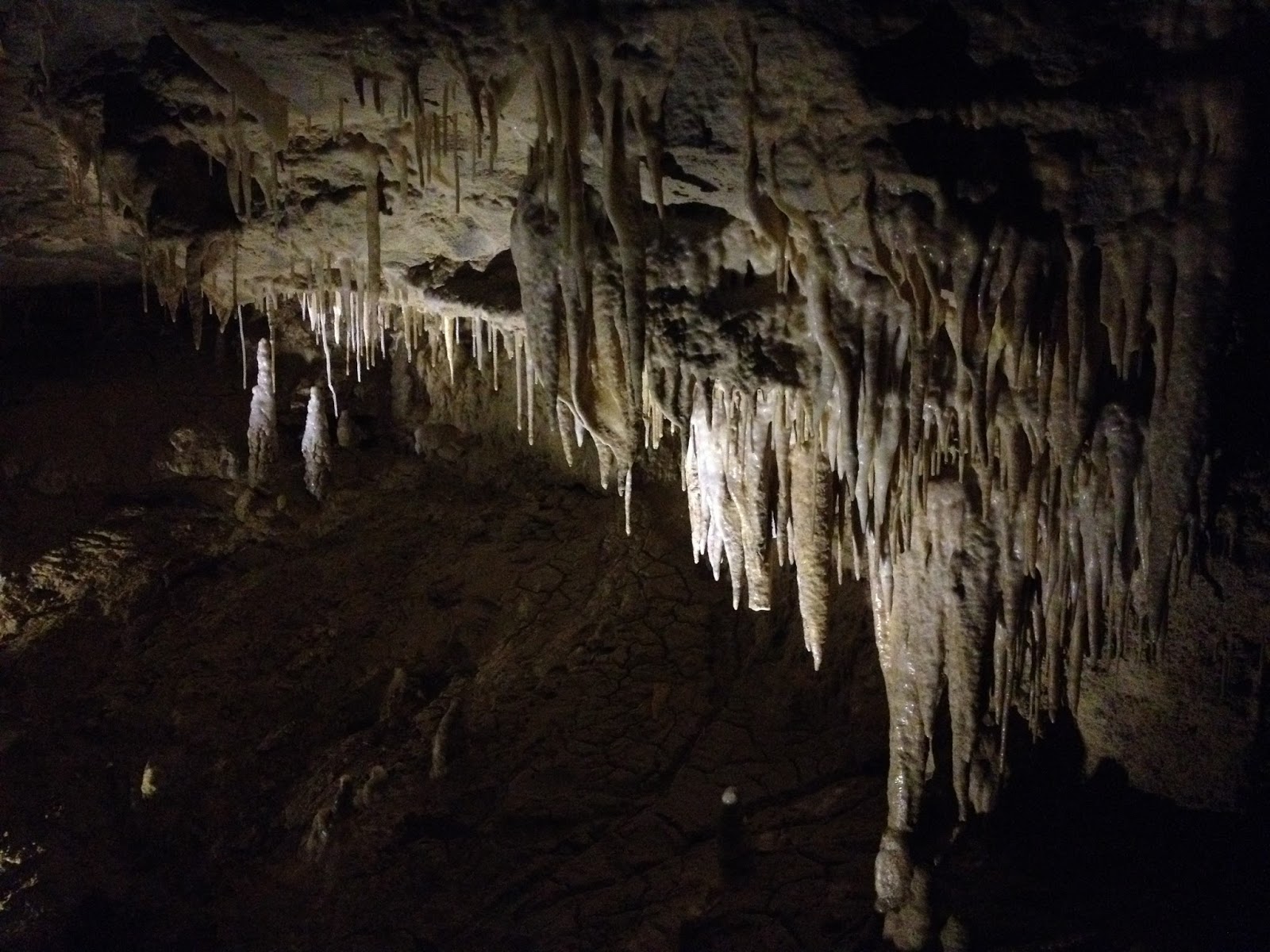 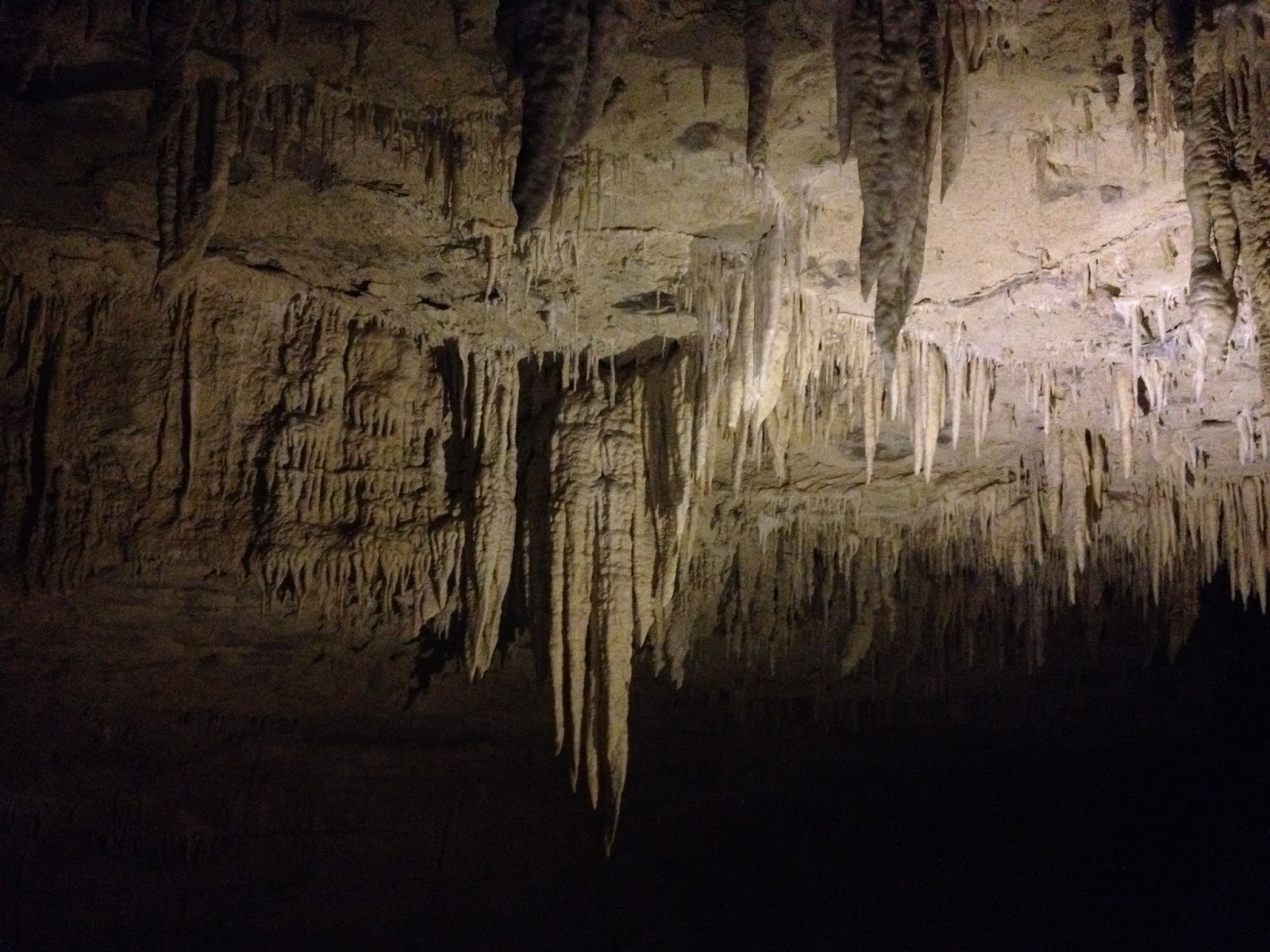 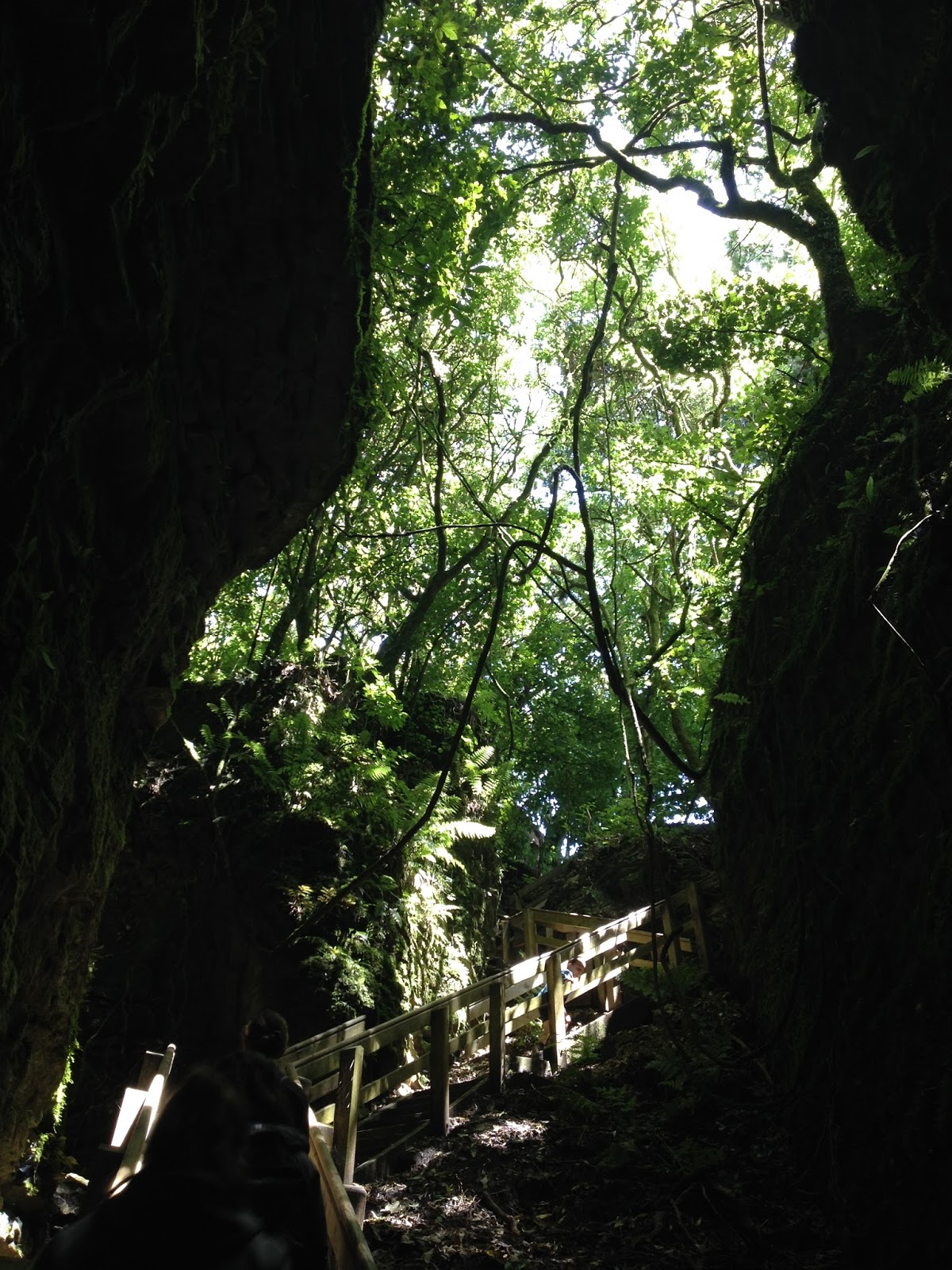 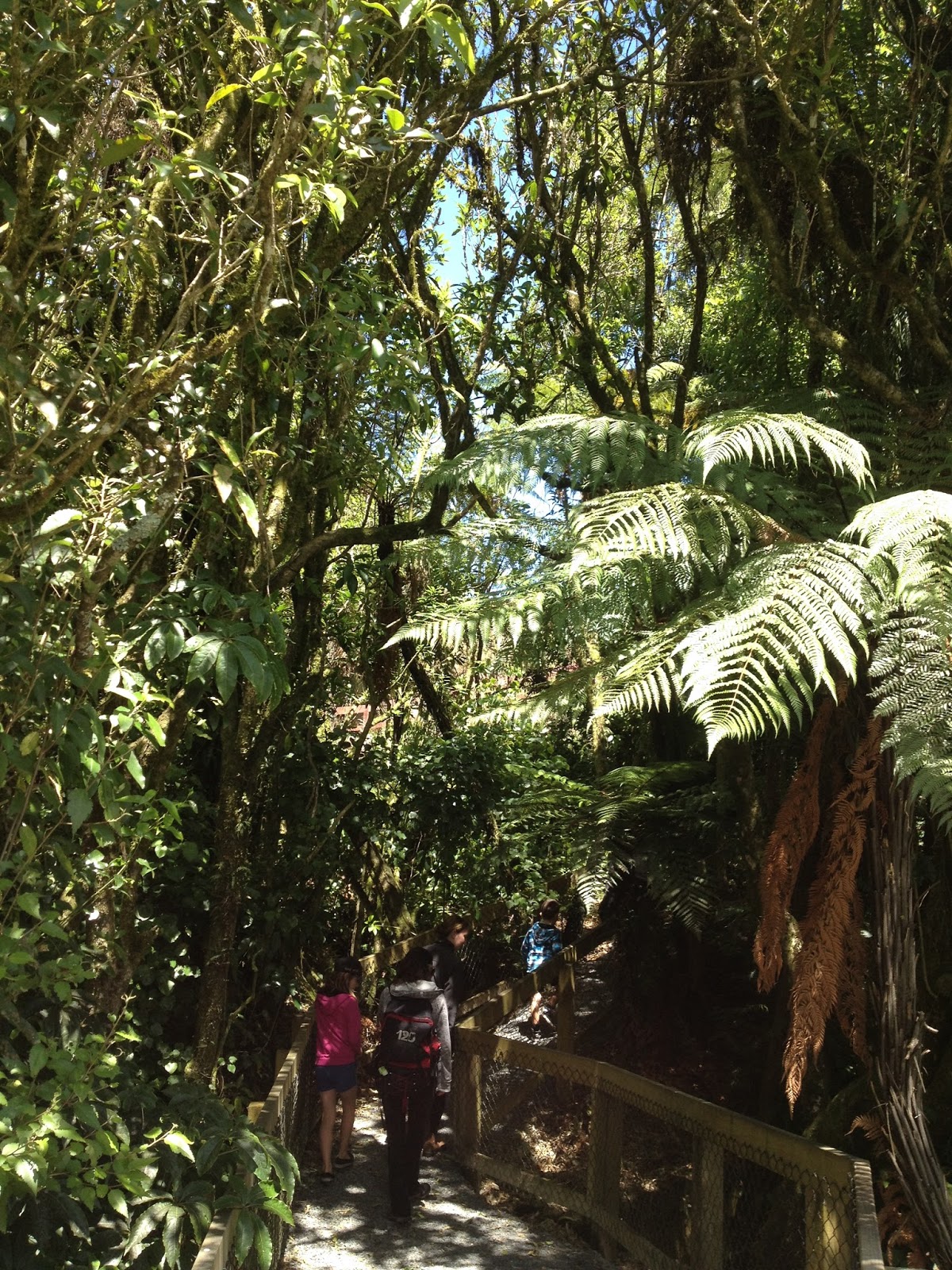 The cave we visited was a walk-through cave that was opened in 2010, so I hadn't seen it before.  I liked that they restricted the groups to 12, unlike the larger cave that could have 200 to 300 people in it at any time.  Our guide was a hard case, making jokes the whole way while being very informative.  It was a good way to spend an hour :)

Afterwards we continued on our way, arriving at the Chateau Tongariro at about 4.30pm to register for the race.  Our gear was checked to make sure we had the compulsory items and our shoes were clean and dry (to avoid transfer of fresh water pests like didymo), we picked up our goodie bags, race numbers and transponders, then we headed to our accommodation to check in and blob for the rest of the day.  On Saturday morning we were lucky to get beautiful weather.  Just a little bit of wind, mostly clear skies, and a reasonable temperature in the teens. 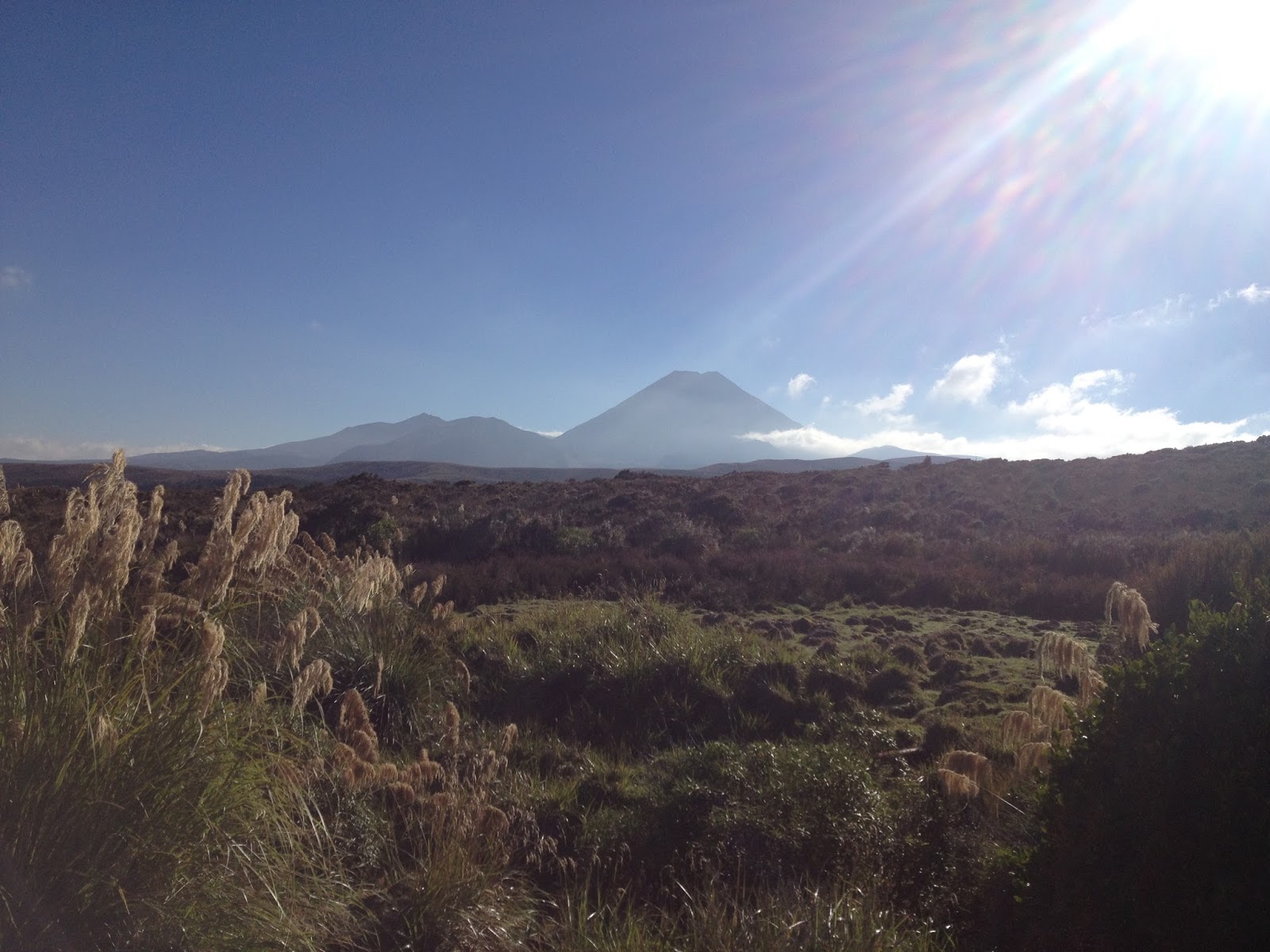 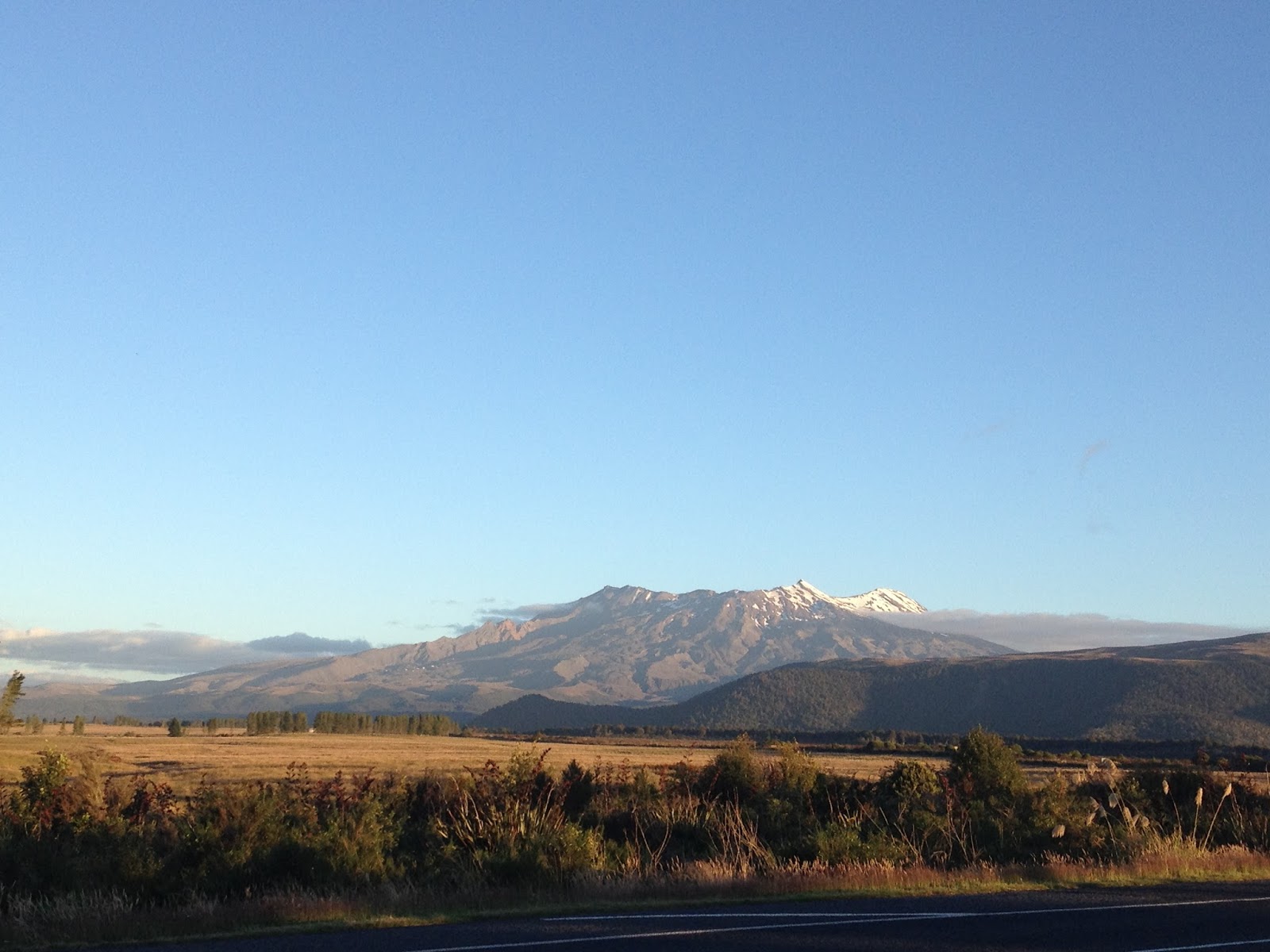 I caught the event bus to race base at 8am, then fluffed around for a while until we had our race briefing at 9.15.  Then the 13km running group walked up to the start point, counted down, and we were away!  I was surprised that I managed to run a large chunk of the uphill section, which was not as steep as I thought it would be.  The views were lovely: 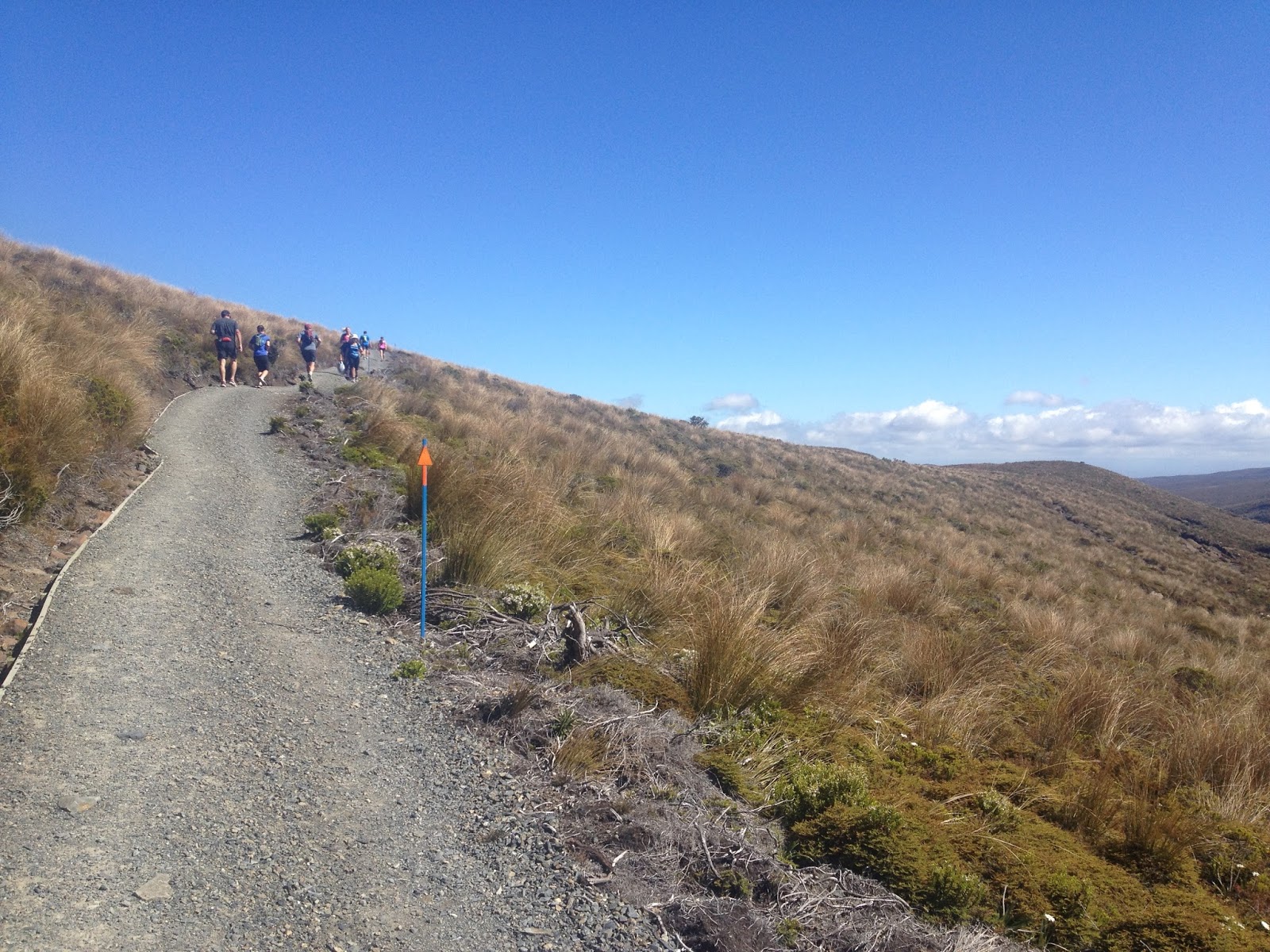 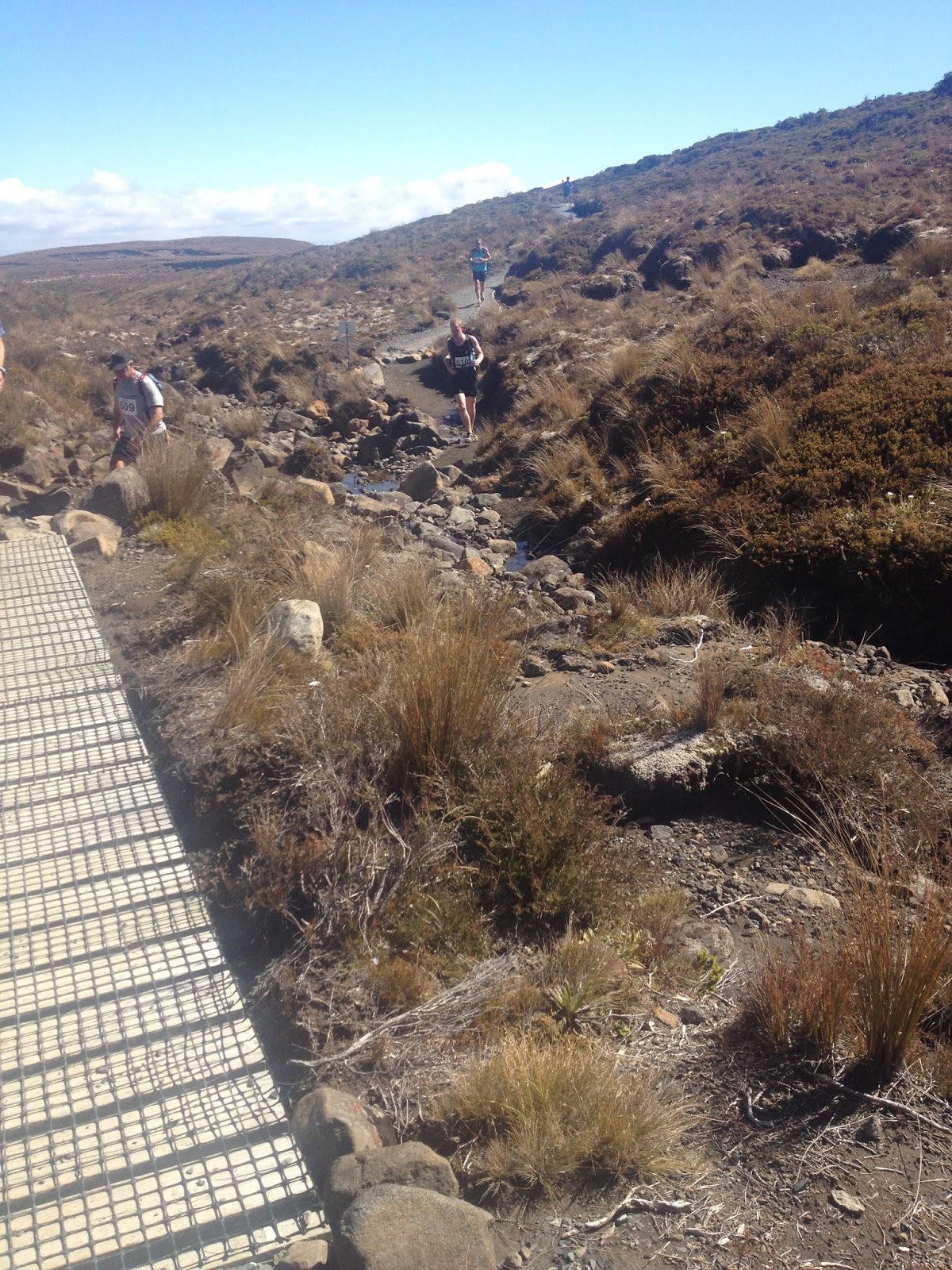 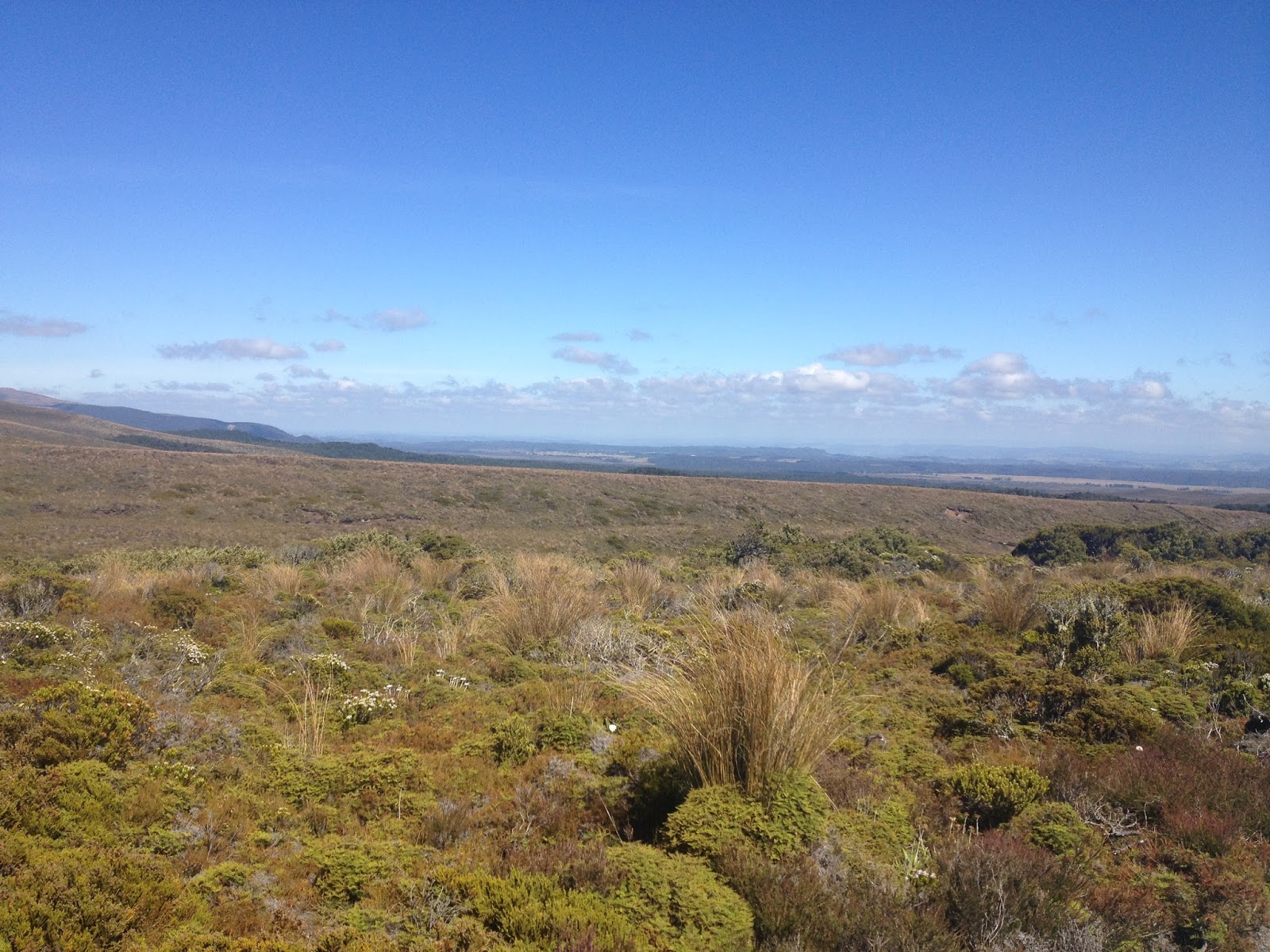 In case you were wondering, yes I did take these photos mid-race!  Some were taken while running, some during walking breaks.  A couple I actually stopped for!  I wasn't concerned about my time, I was just there for the fun of it :)  The 13km course was the same as the 6.5km course but with an extra out-and-back section.  It wasn't all alpine tussock and gravel though, there was also some bush trail to run through, and the shade was quite welcome.  There was even a waterfall! 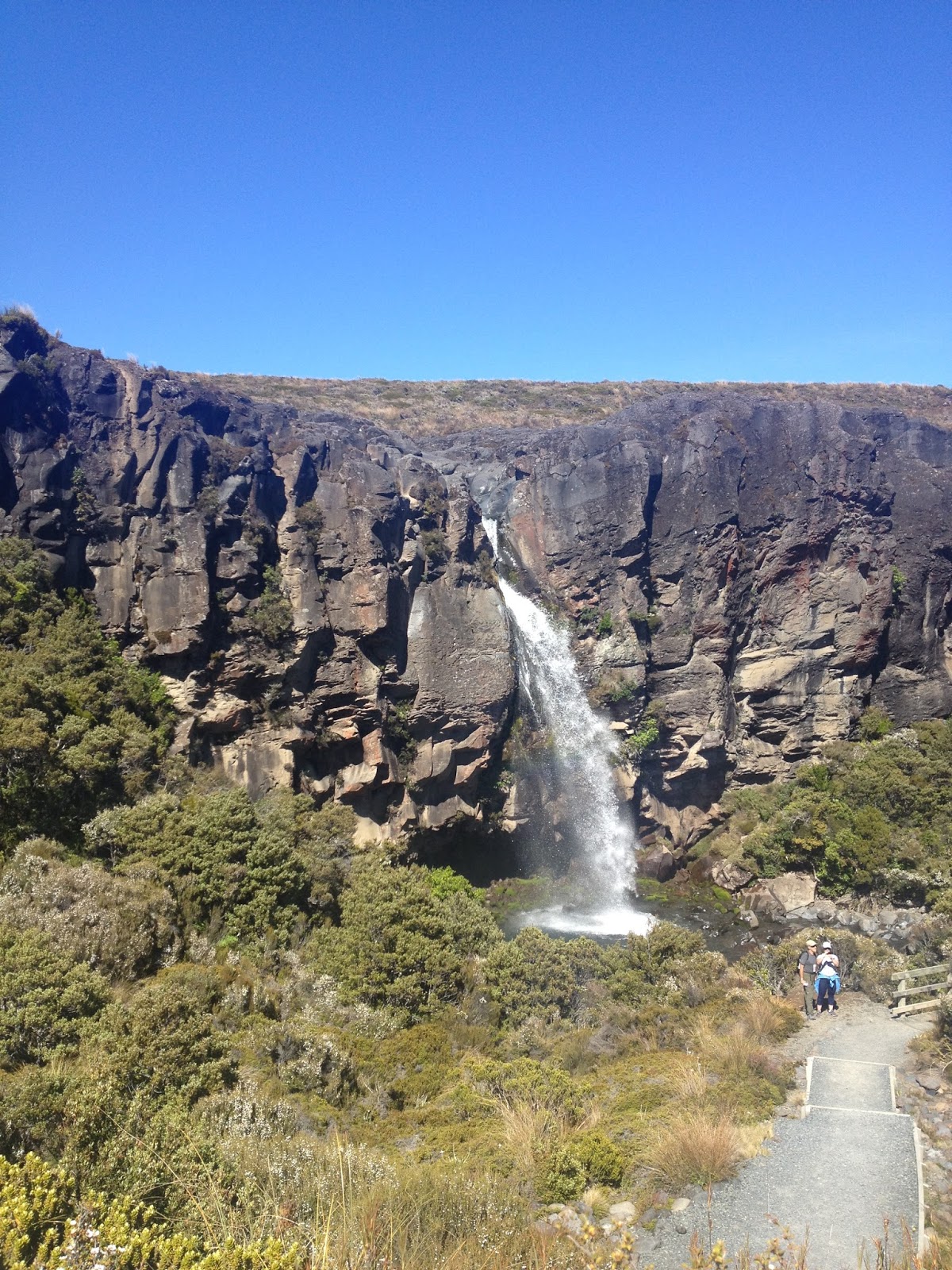 A couple of people passed me while I was stopping to take this picture.  I joked with them, saying "so much for a race, stopping to take photos!"  and the guy behind me said "send me a copy".  LOL!  The course was lovely and I really enjoyed the run.  I managed to finish in 1:30:03 (my official time), and was 11th woman out of 71 in the 13km run.  Yay!  Once finished, I lounged on the grass watching others cross the finish line and waiting for Zoe to finish her 6.5km run.  We grabbed a cider and soaked up some sun, listened to the announcements for the division and overall winners for the 6.5km and 13km runs and walks, then watched the first of the 26km runners arrive.  There were several 'Tussock Reverse' people coming in too - they had run from base to the start point of the 26km, then run the 26km race.  A total of 52km!  Seriously impressive.  We caught the bus back to our accommodation at 1.45pm, had toast for lunch, then had a wee nap before dinner.

On Sunday we took our time driving home again, stopping several times along the way to purchase random items, have lunch, etc. 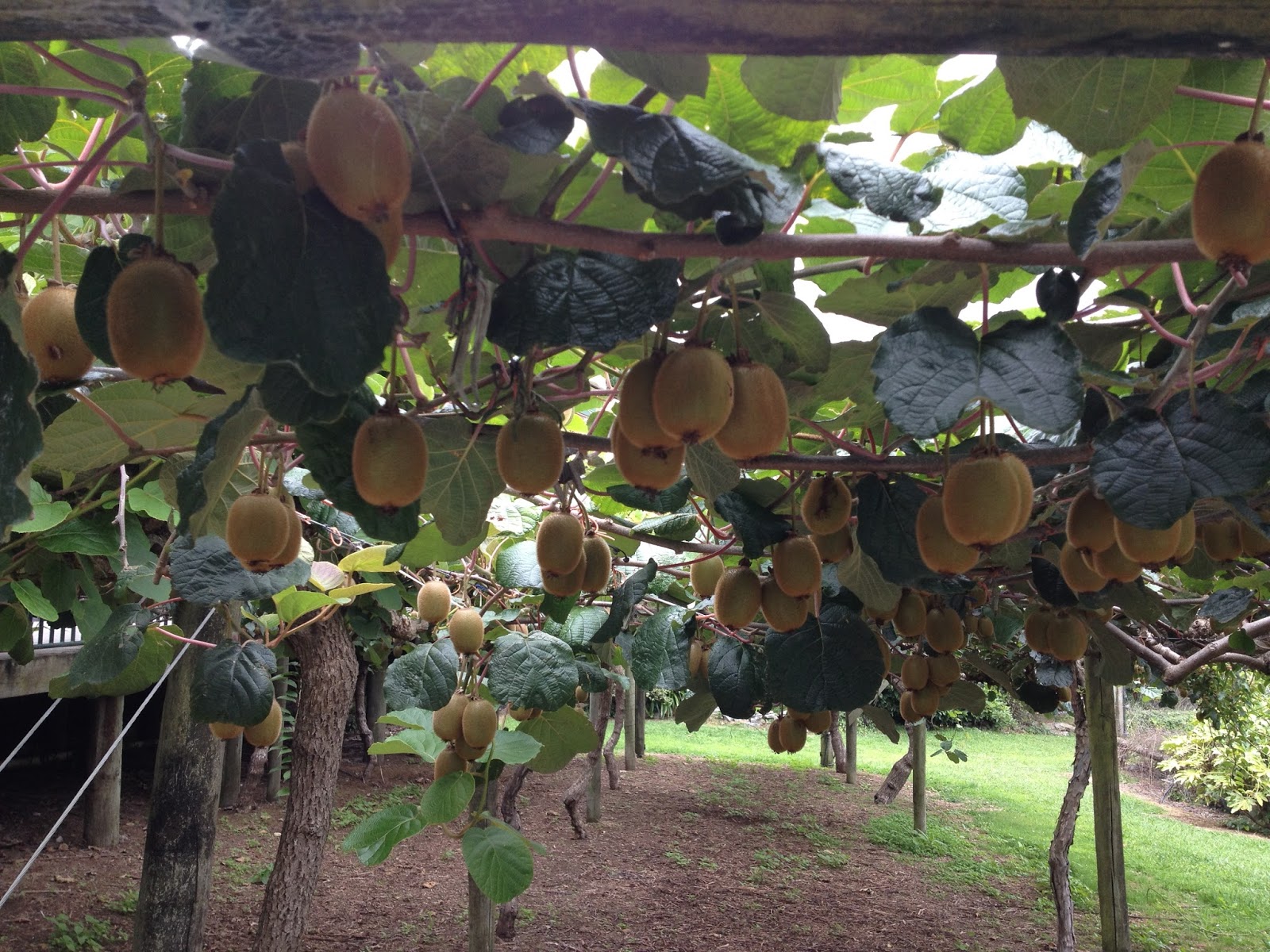 Random picture of kiwifruit, because why not? ;)

All in all a pretty good weekend!  I'm considering running the 26km next year.  Looking forward to your race recap Sheryl, congrats on completing the 26km!!

Next on the race calendar is the Coastal Challenge 17km on the 1st March which means lots of training runs.  This Sunday will be a nice long one, and my longest run to date - Piha to Muriwai!  I'm nervous but looking forward to it.  I will, of course, let you know how it goes.

Have a great week people!  I'll be spending mine writing an assignment.  Fun times ;)
Posted by kreachr at 10:01