It lasted almost an entire year y'all.  I haven't bought any yarn since our trip to Canada last January/February.  That's pretty impressive if I do say so myself.  Considering I am not currently knitting anything, it seems a little odd that I have suddenly ended this yarn-purchasing abstinence.  However, I entered a wee competition that a kiwi designer had going on her Facebook page - all you had to do was post a comment saying how many Ravelry projects you had.  Lo and behold I was one of the winners, and the prize was a pattern of my choosing from her designs.  My choice was an easy one - Moera.  I've been wanting to knit this hoodie for T ever since the pattern went live.  I went straight online to go yarn hunting, knowing full well I didn't have enough in stash to knit it.  Cascade 220 was my yarn of choice, and T picked a garish bright green (personally I'd have gone for a slightly more subdued blue-green, but hey, it's not for me) which I immediately ordered.  Hopefully I'll be casting on this project very soon and should have it done in plenty of time for winter :)  My knitting mojo may just be on its way back, thanks to sezza ;)  Cheers, lady!  I just downloaded the pattern to have a wee read and went to save it to my computer - it turns out I already had it. A gift from a friend, methinks, that had been forgotten about.  Oops...

Something else I apparently fail at is getting the hang of my new Nike sport watch.  I discovered the reason why it failed to track my full Whatipu to Piha run at the beginning of the month.  It was not due to battery failure, it was due to user error.  I hadn't turned on the footpod option on the watch, therefore the watch didn't switch to the footpod when I lost GPS signal which is why it cut out at 18.9km.  Duh.  To add insult to injury, I went for a run yesterday with the intention of properly calibrating the footpod so it would be of use next time we went for a long run in the bush.  I switched off the GPS tracking, turned on the footpod option, and away I went.  I ran a full 8km but the watch only showed 3.3km.  'No problem' I thought, 'I'll just plug it in to the computer and adjust the calibration like I did with the Sportband'.  ::plugs watch in to USB port on computer::  Hmm, no 'adjust calibration' option...  ::checks Nike website for calibration info::  "Unlike other devices, the SportWatch GPS does not have a manual calibration option".  Oh.  Bugger.  Apparently you have to run with both the GPS and the footpod on so it can automatically calibrate.  Well, I know that now...

I am having some success in the kitchen at the moment at least.  A two week break seems to be exactly what I needed to get inspired again.  Over the last week I have found recipes for and produced these lovelies: 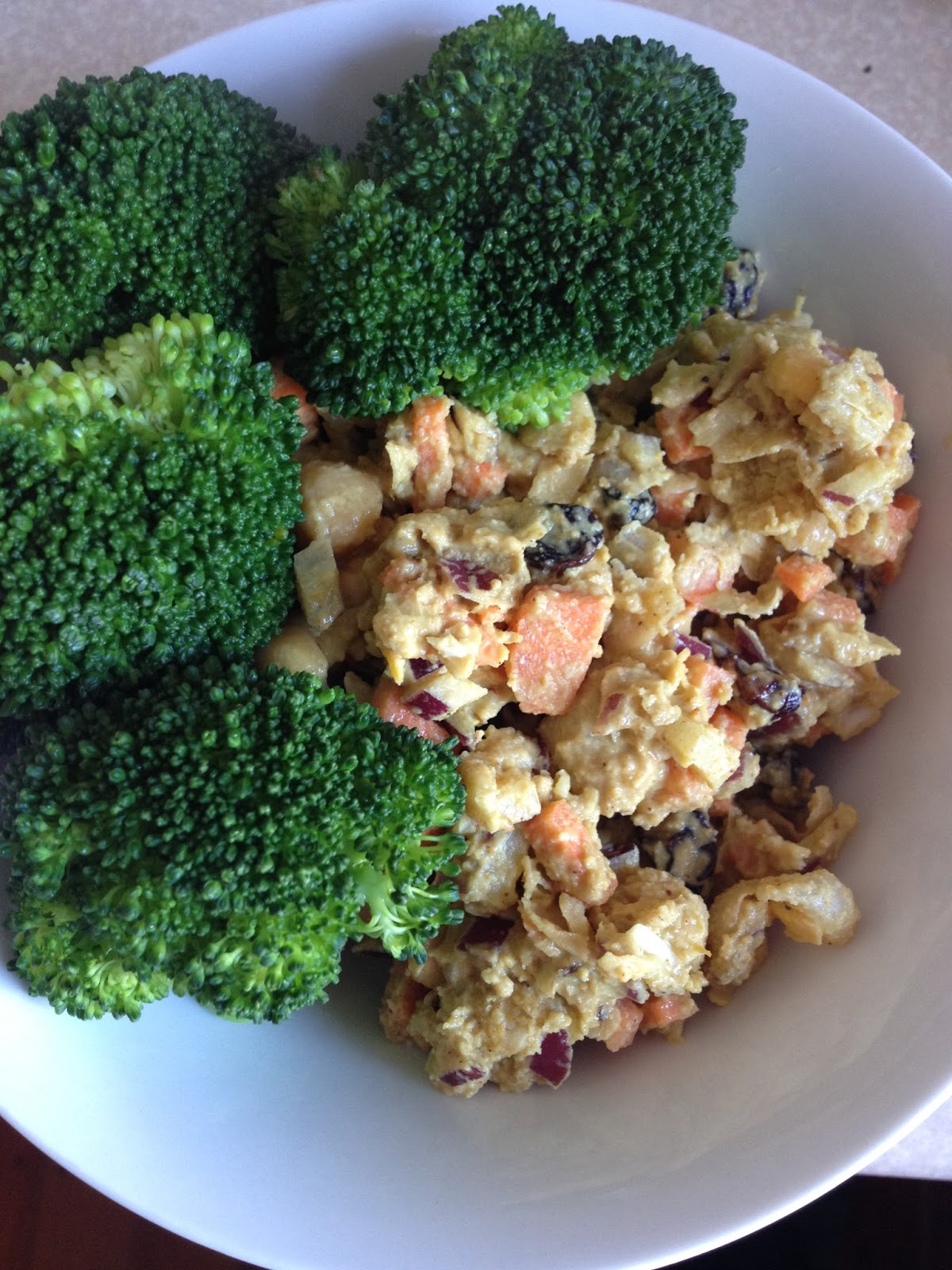 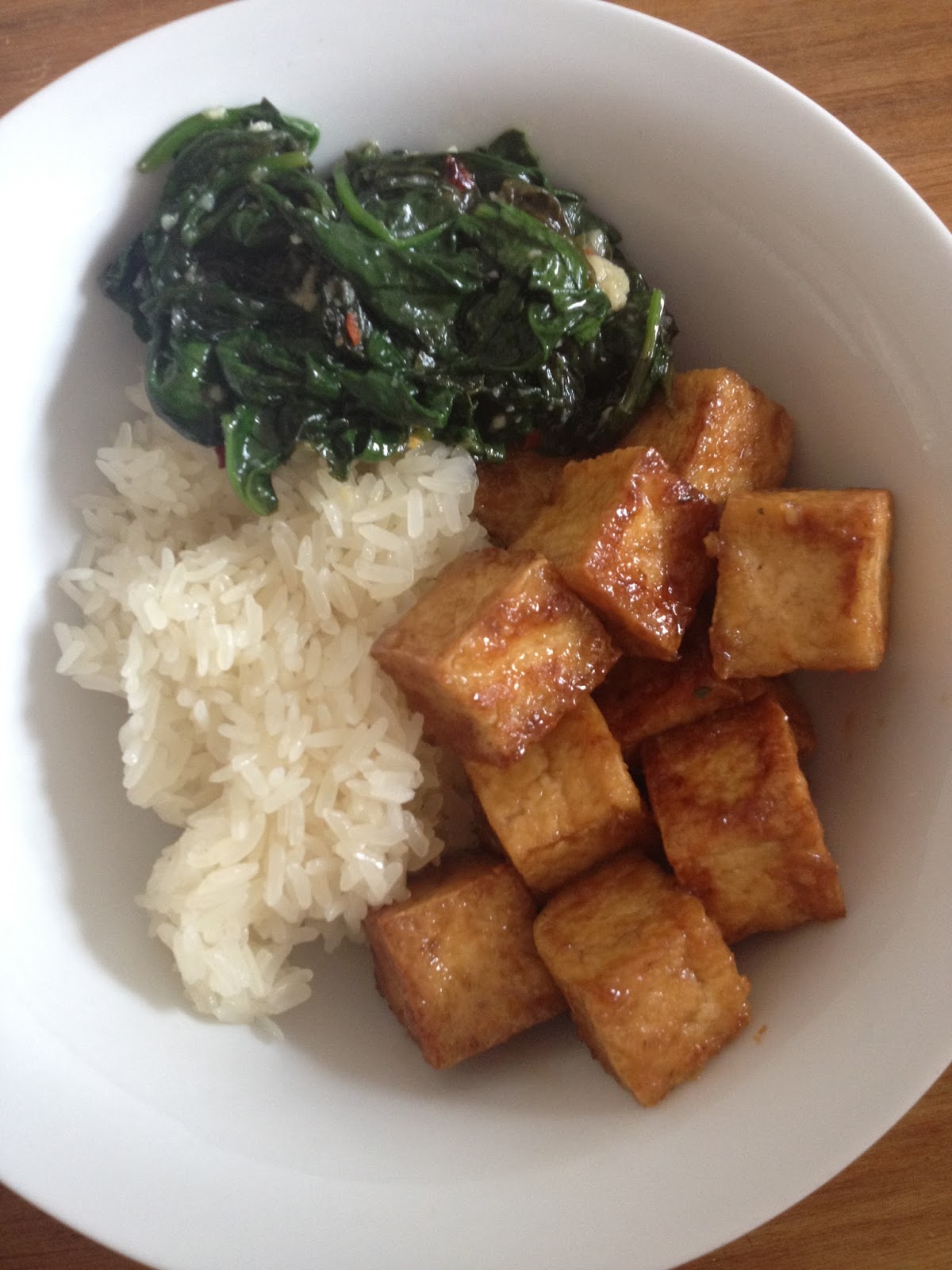 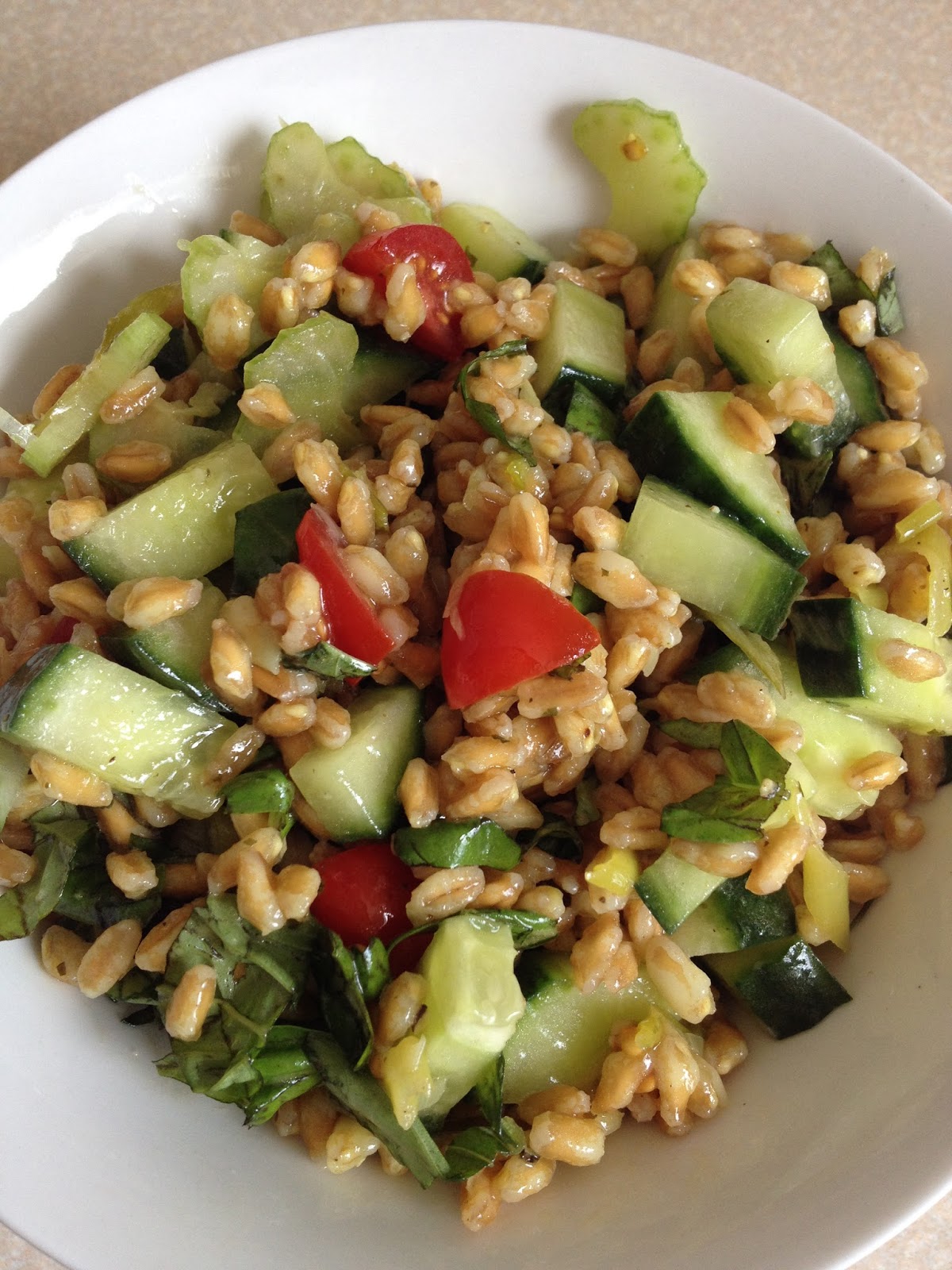 Summer farro salad with tomatoes, cucumber and basil (and some celery) - The Kitchn 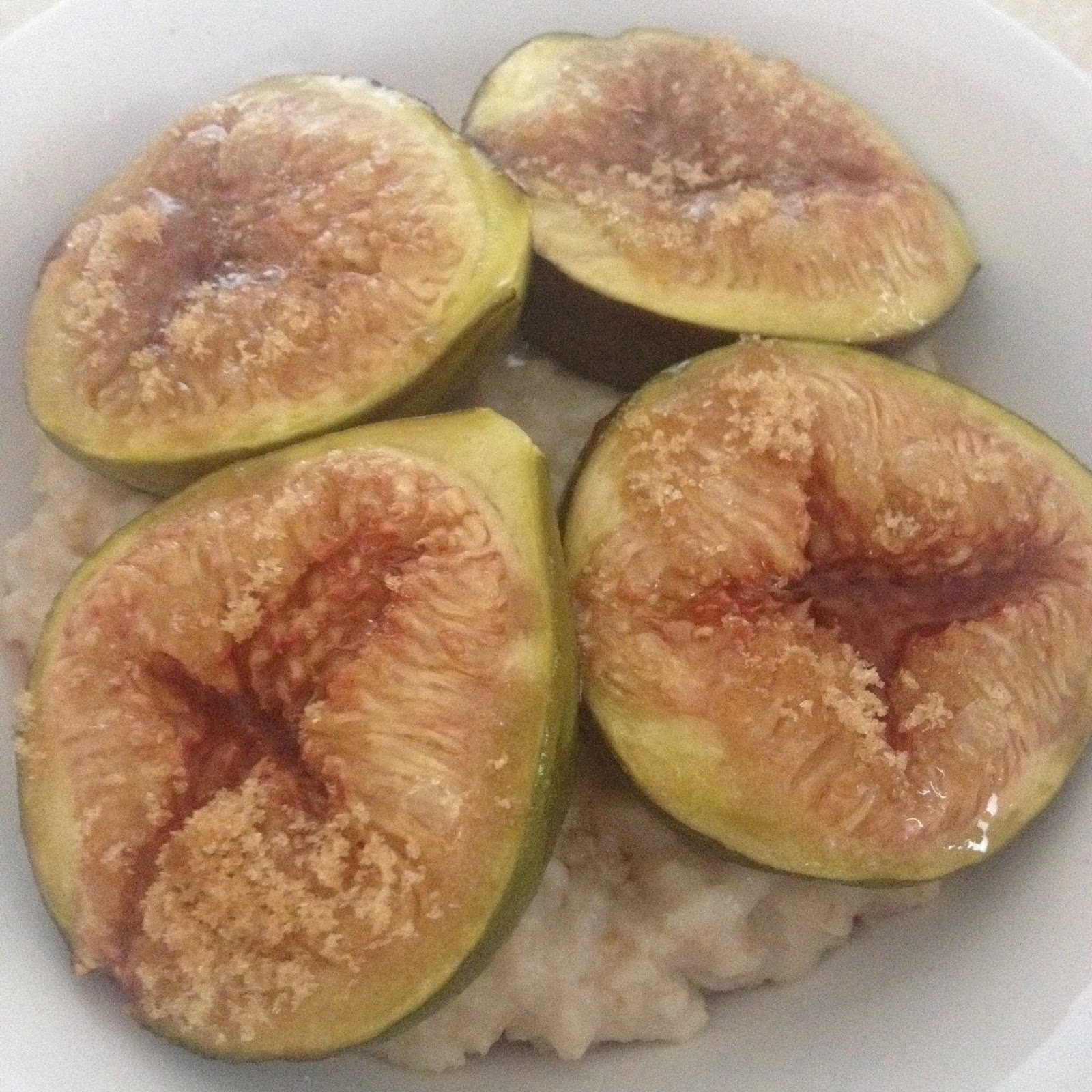 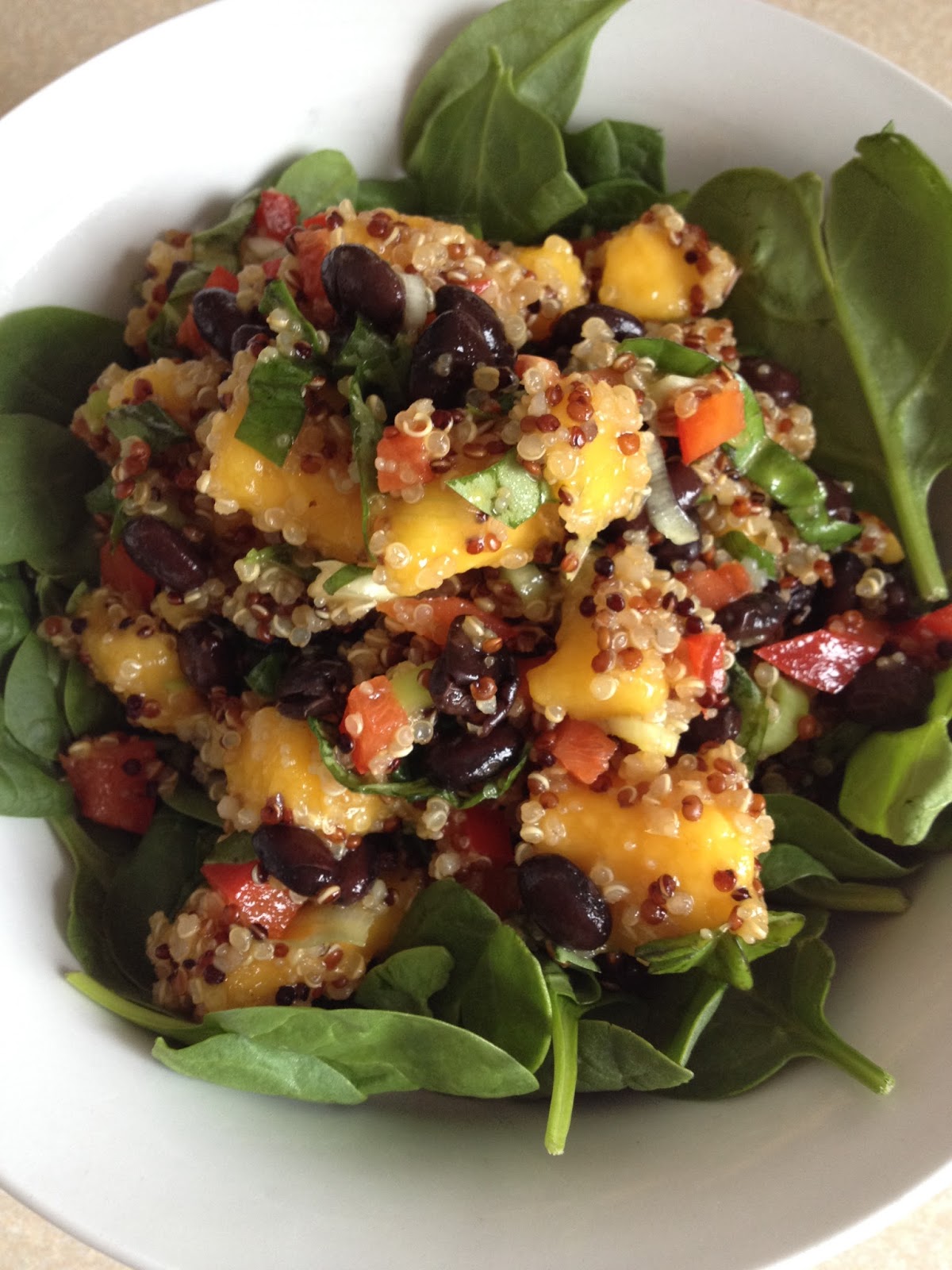 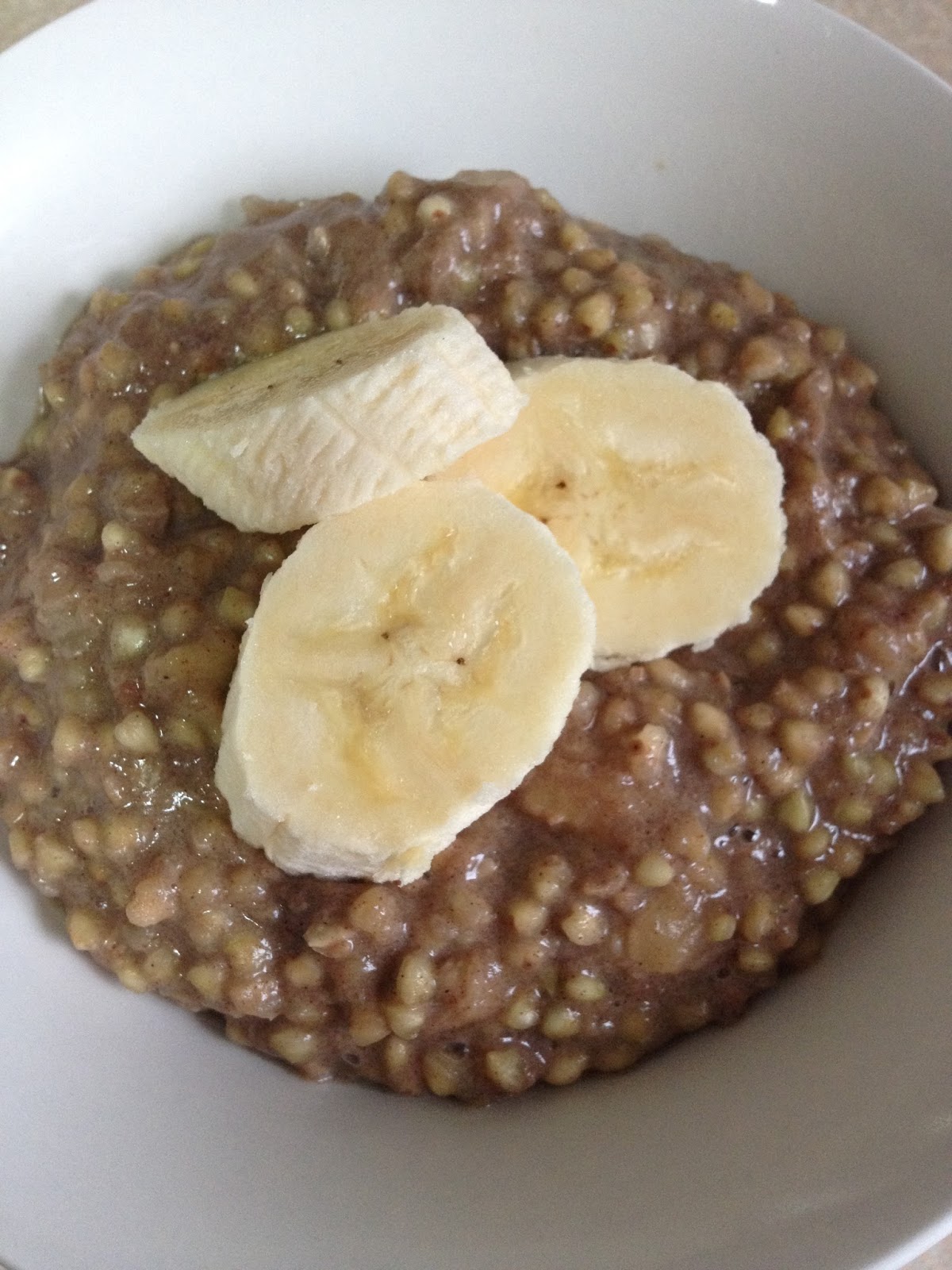 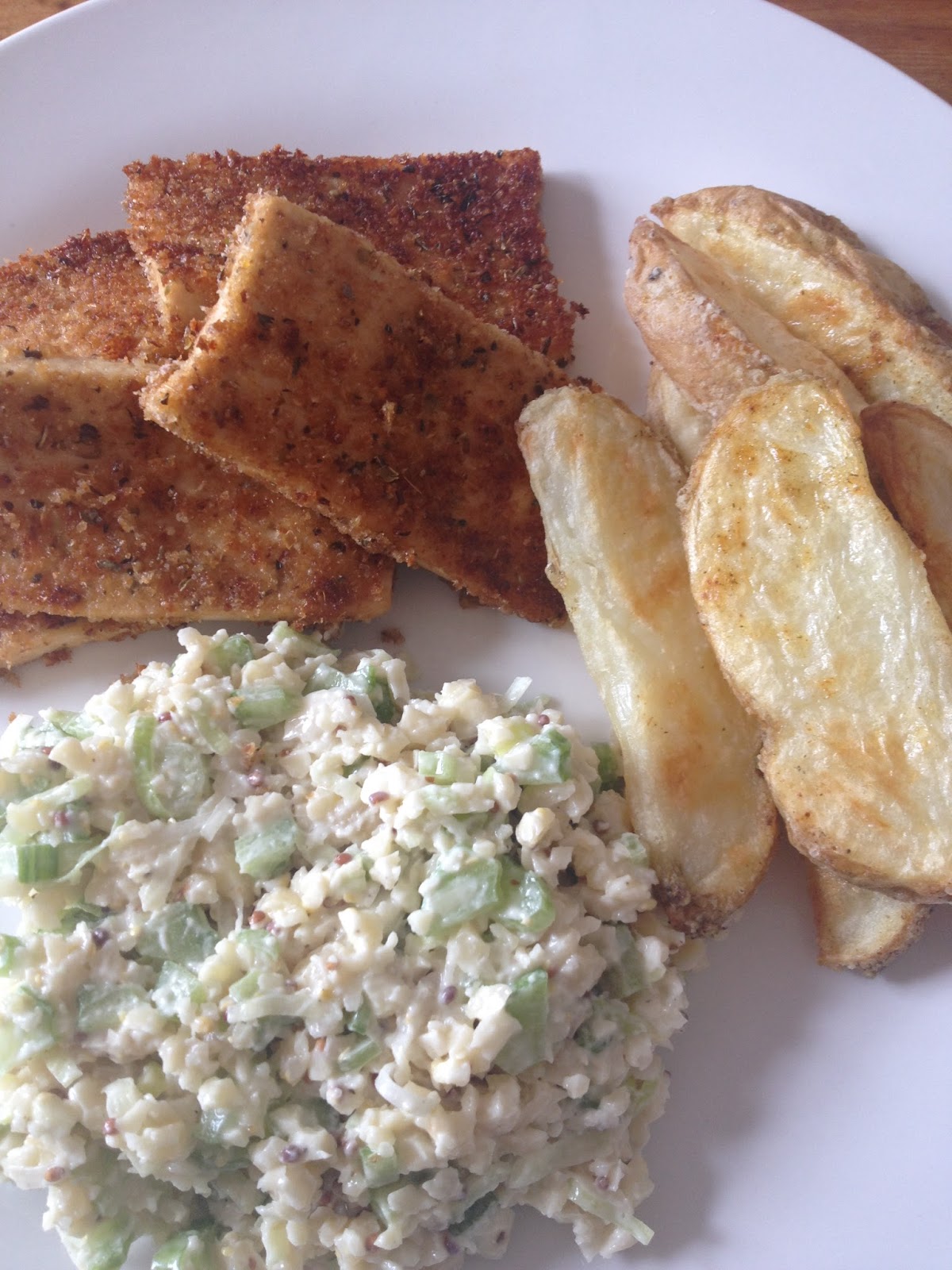 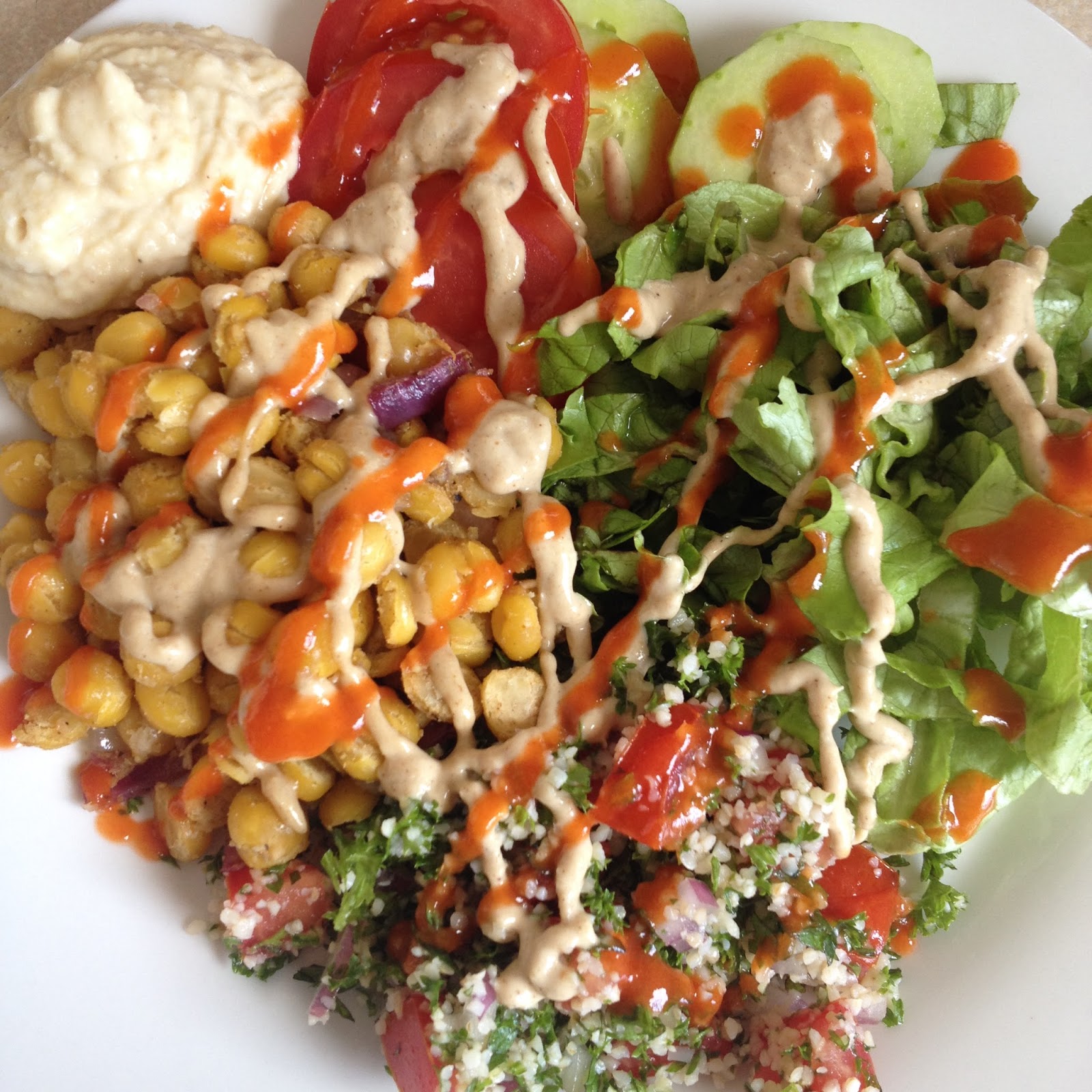 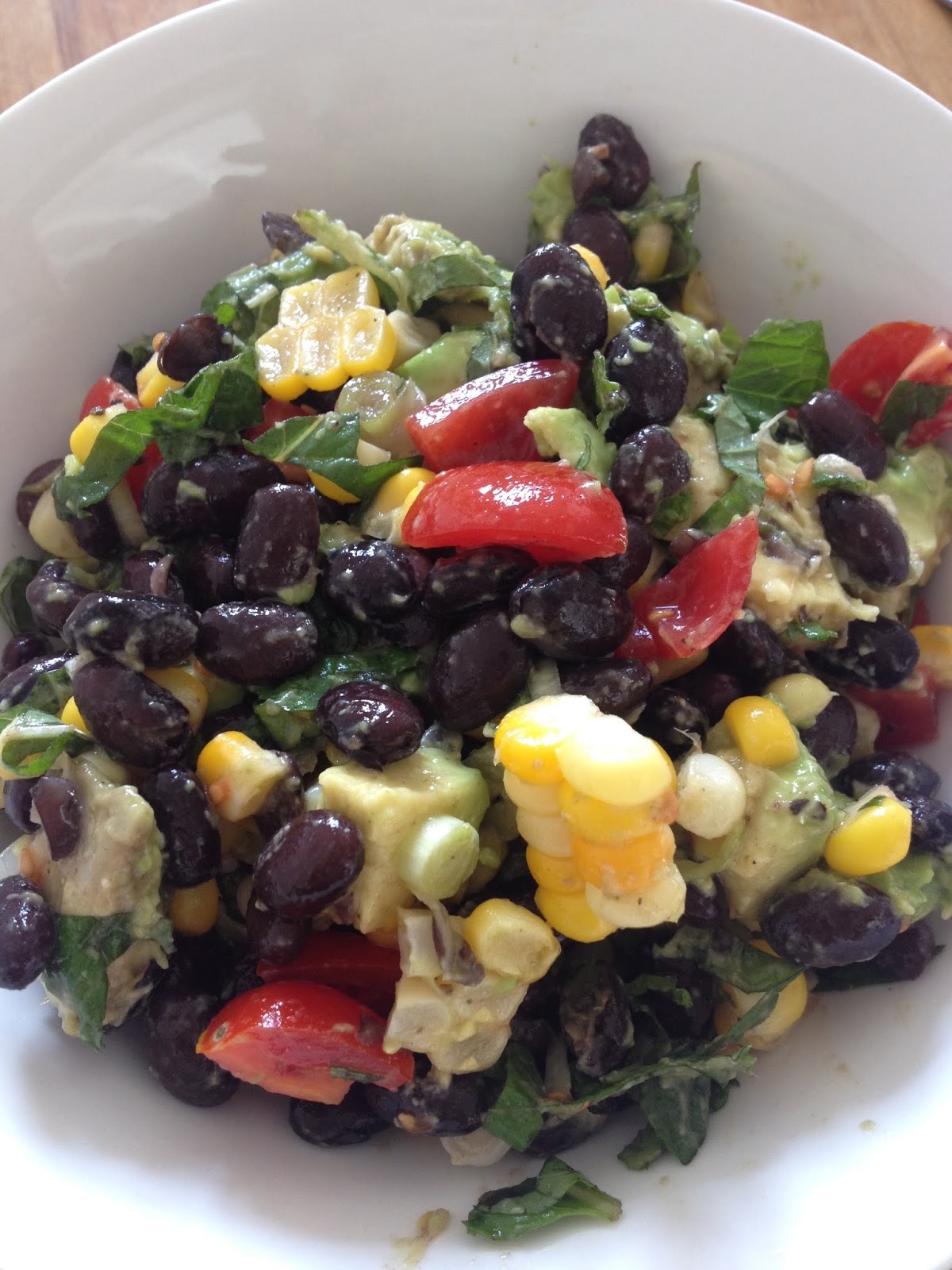 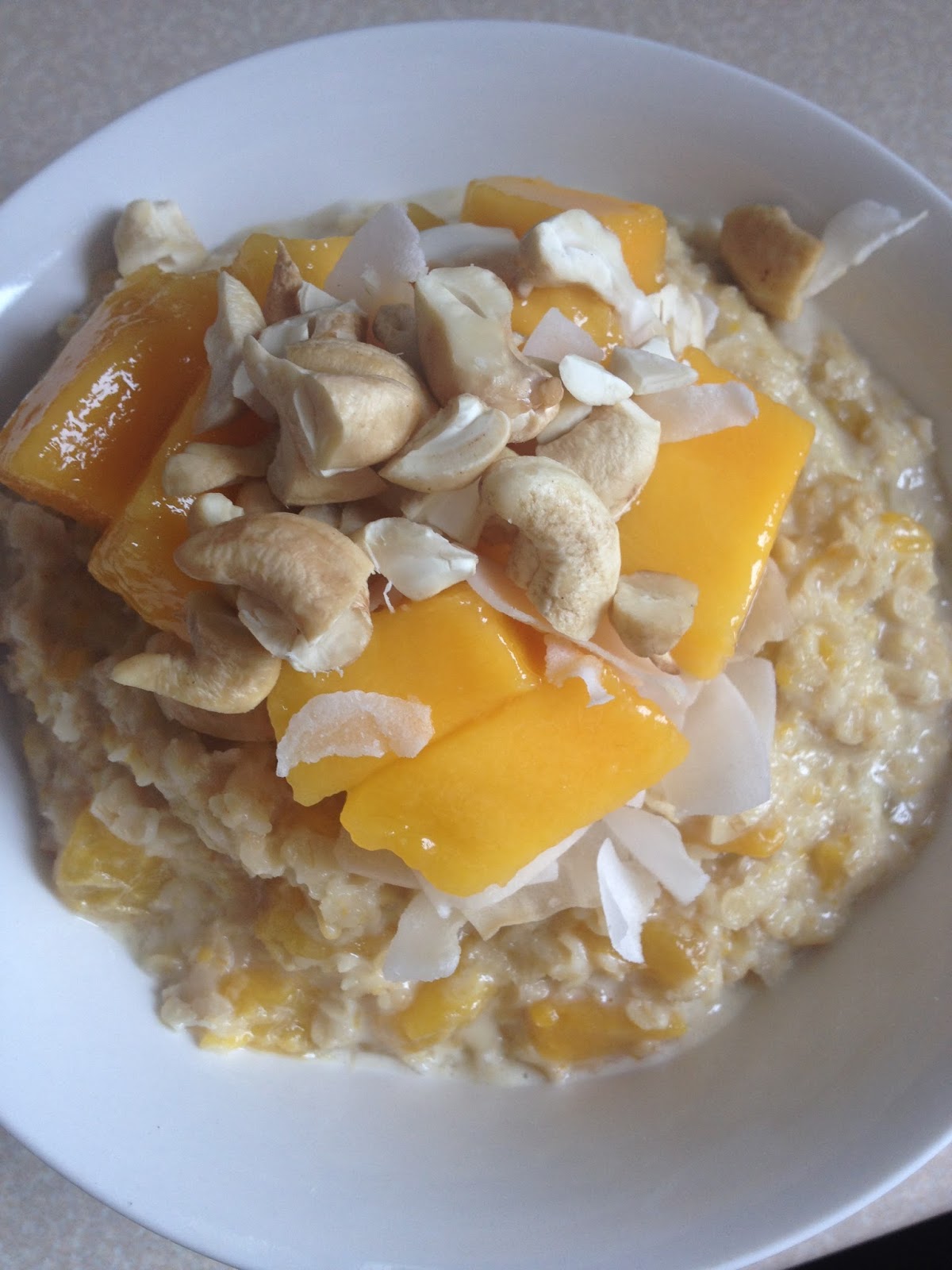 Not sure if you've noticed the recurring theme here - I've gone back to vegan food.  After eating vegetarian over Christmas and New Year's and in Fiji, the final meal before we left the airport to come home was a cheese pizza shared with T.  Soooooo over cheese!  Turns out I haven't really missed it as much as I thought I did.  I'm at the point now where I'm pretty sure I can happily live without it.  I haven't come across a vegan alternative that I really really like either yet.  The Tofutti 'better than cream cheese' is okay, and I like the fake parmesan (sorry Rachel ;P) but I think I'd prefer to go without rather than trying to substitute.  No big loss, considering there are so many other great foods available!!  As an aside, this whole animal-free diet choice is pissing Deane off to no end, which I find ever so slightly amusing ;)  He's started calling me a hippie.  LOL!

I plan to make some strawberry basil oatmeal for breakfast tomorrow morning, before heading off on a road trip with my friend Zoe - we're heading down to run the Tussock Traverse on Saturday.  So excited!!!  I'll let you know how it goes when I get back.  Best of luck to anyone else running this weekend!  Yes Sheryl, I'm talking to you ;)  You'll be awesome, I'm sure of it.  And to anyone not running, have a great weekend - fingers crossed for fabulous weather!  See you next week :)
Posted by kreachr at 18:55