I went for one yesterday.  Having only managed a 6km, an 18km and a 5km ParkRun run last week (26:08, not a PB sadly), with a coastal running and rock hopping training session on Sunday in preparation for the Coastal Challenge on the 1st March, I felt a long run was very much needed.  I had spent the first three days of this week preparing for and completing my presentation for my Business Communications assignment.  OH MY BOB I AM SOOOOOO GLAD THAT'S OVER!!!  It wasn't too awful, if you overlook the whole shaky voice, dry mouth, nervous laughter and umpteen-million 'um's to fill in the holy-crap-I-don't-know-what-I'm-supposed-to-be-saying-right-now-where-the-hell-are-my-notes parts, and I managed to get 81%, so yay.  My lecturer interpreted my incessant smiling and nervous laughter as me 'enjoying the delivery of my speech' so we'll go with that and be happy with the mark, yes?  Let's just say my performance wasn't as bad as some others.  Phew!

After the Auckland weather had finished throwing its tanty mid-morning yesterday, I headed out the door with some gels and my small hydration pack, thinking about 20-22km would be a good length.  I ended up just stringing some of my favourite Auckland city runs together and extending it as I went.  Not wanting to leave the run at an uneven number, I stretched out the end of it a bit and managed to make it exactly 30km.  I was pretty tired and a bit sore afterwards, but oh, that felt good!!!  My route took in Mt Eden, Cornwall Park and One Tree Hill, then through Newmarket to Parnell, I went down Ayr Street and ran along Tamaki Drive, through the Viaduct, around Victoria Park and home.  I walked the main hills and took several walking breaks towards the end, but I'm pretty happy with it overall.  I definitely slowed as I got further in to the run, and my pace isn't what it was this time last year, but I can work on that.  The run took me three hours, three minutes and 33 seconds.  That's a lot of threes and zeros! 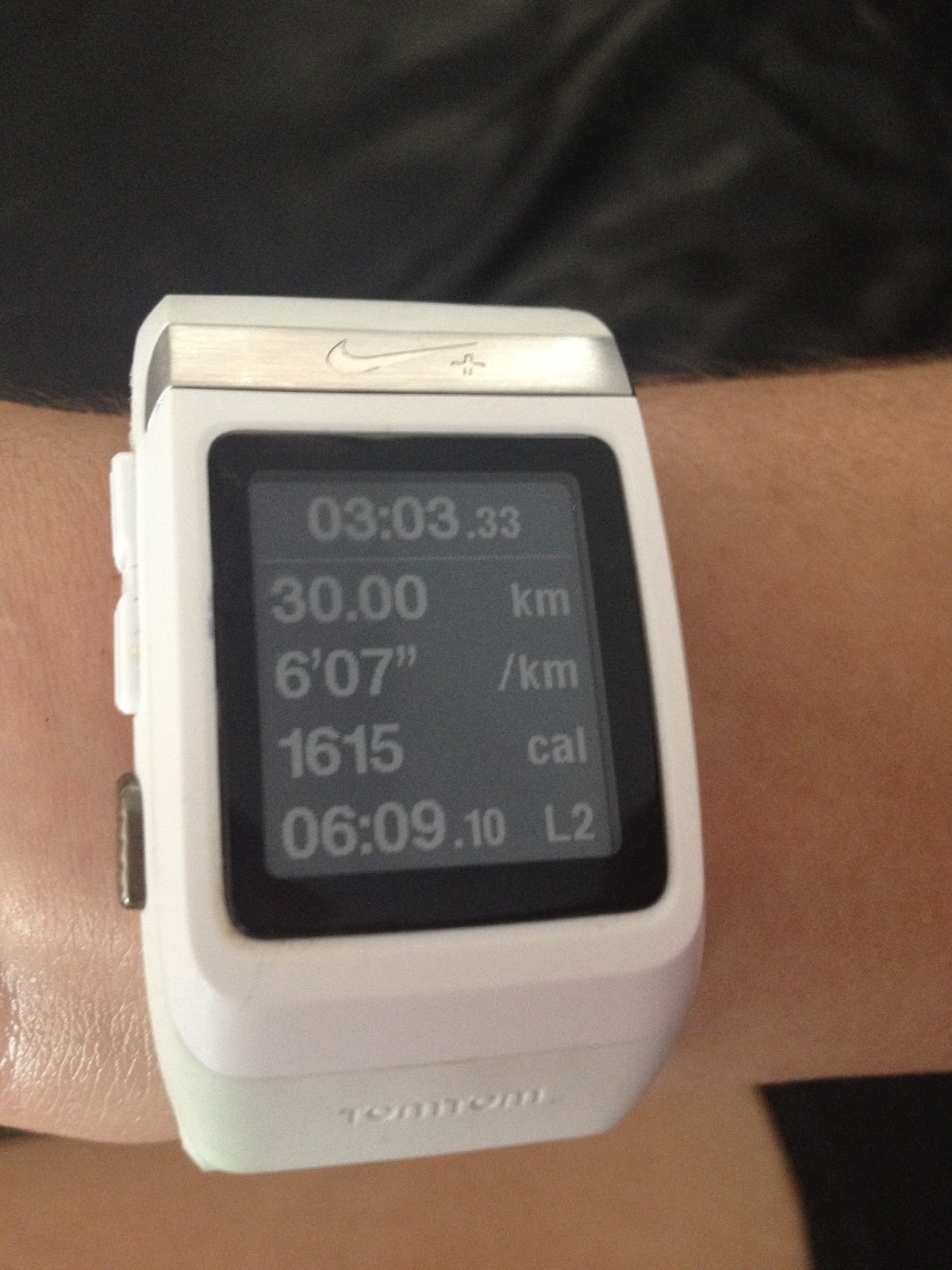 I did notice there wasn't really much to look at - I think the Waitakeres have spoiled me!  I took a few photos on the way though: 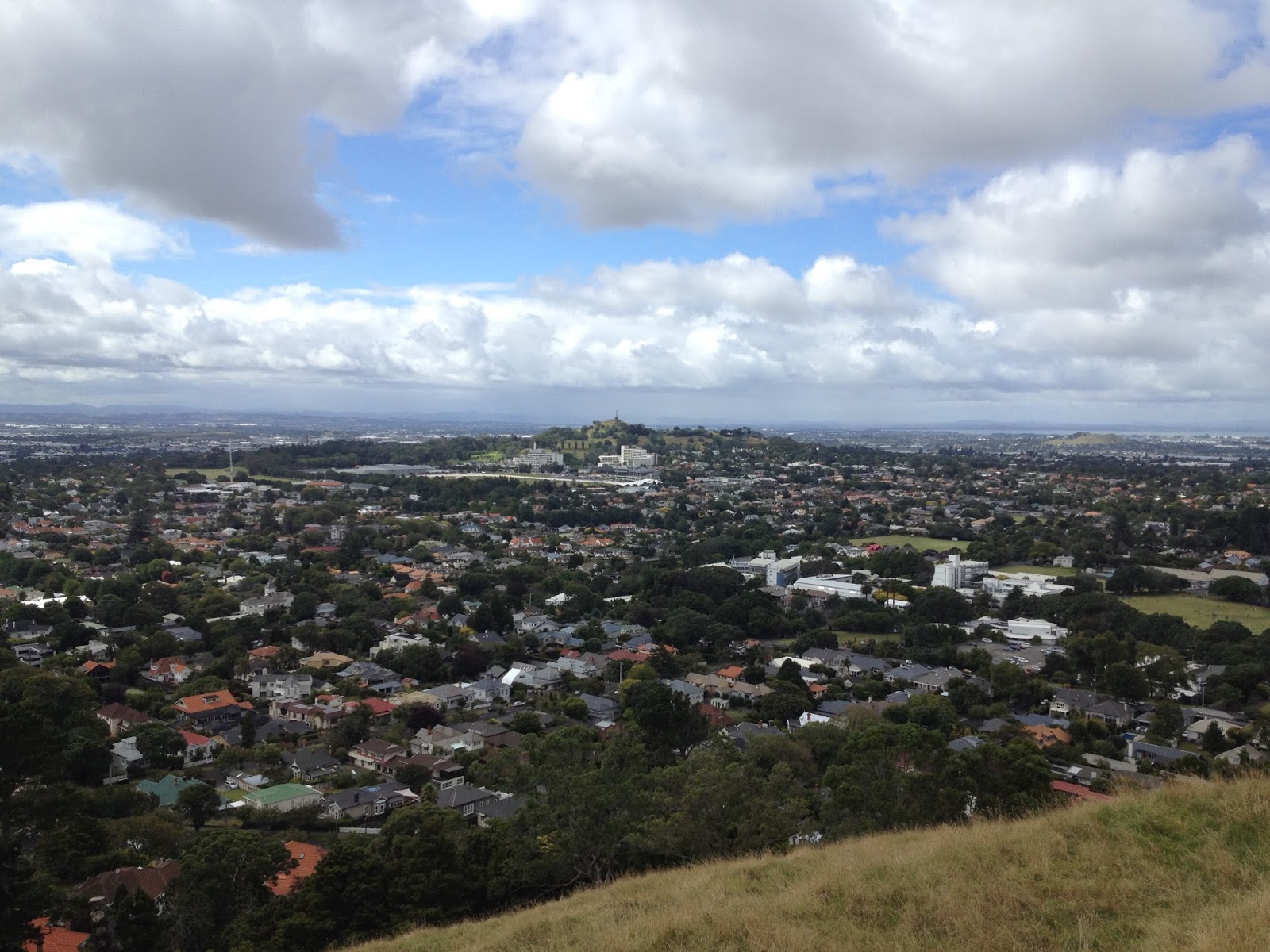 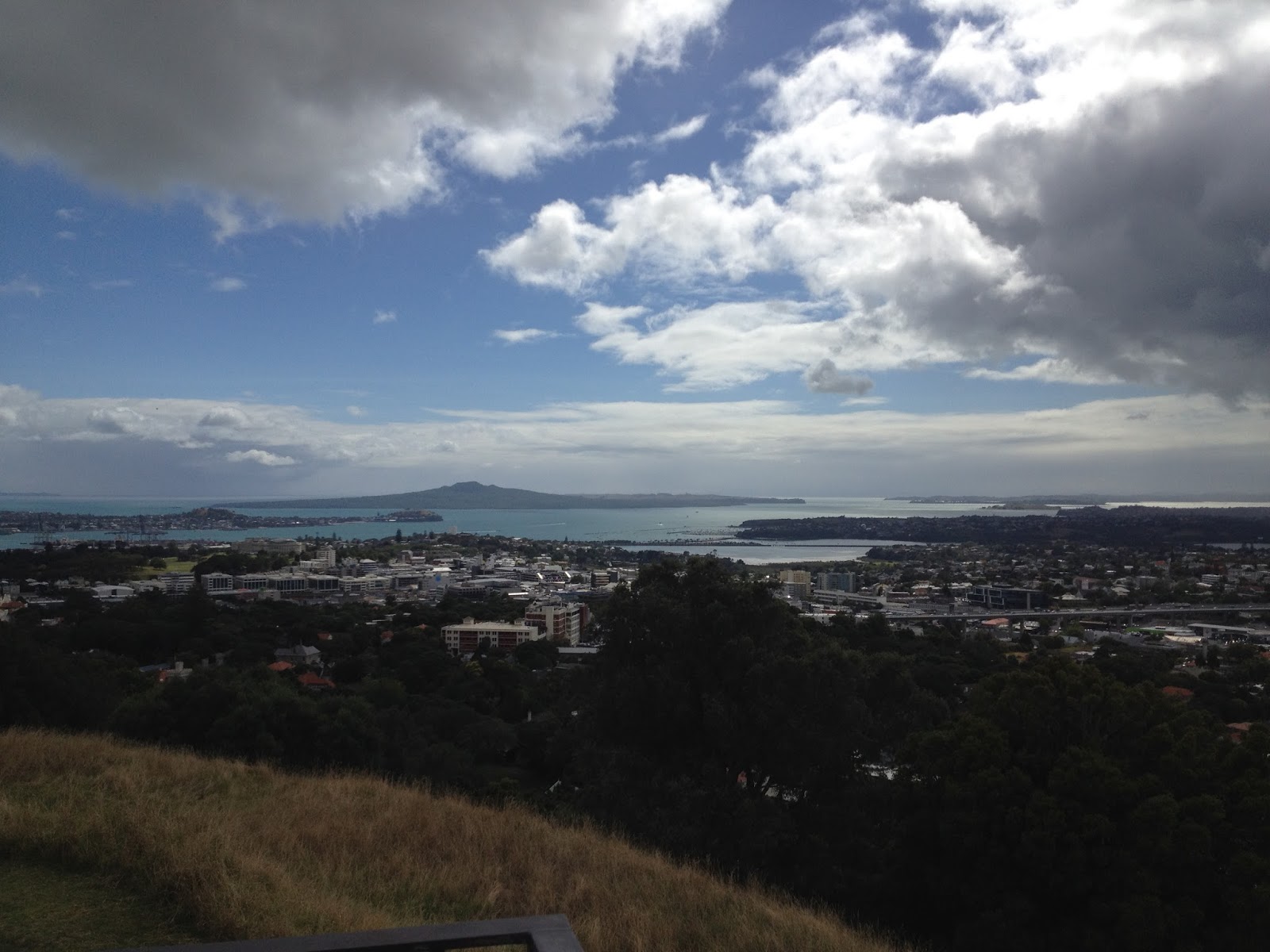 View of Rangitoto from Mt Eden 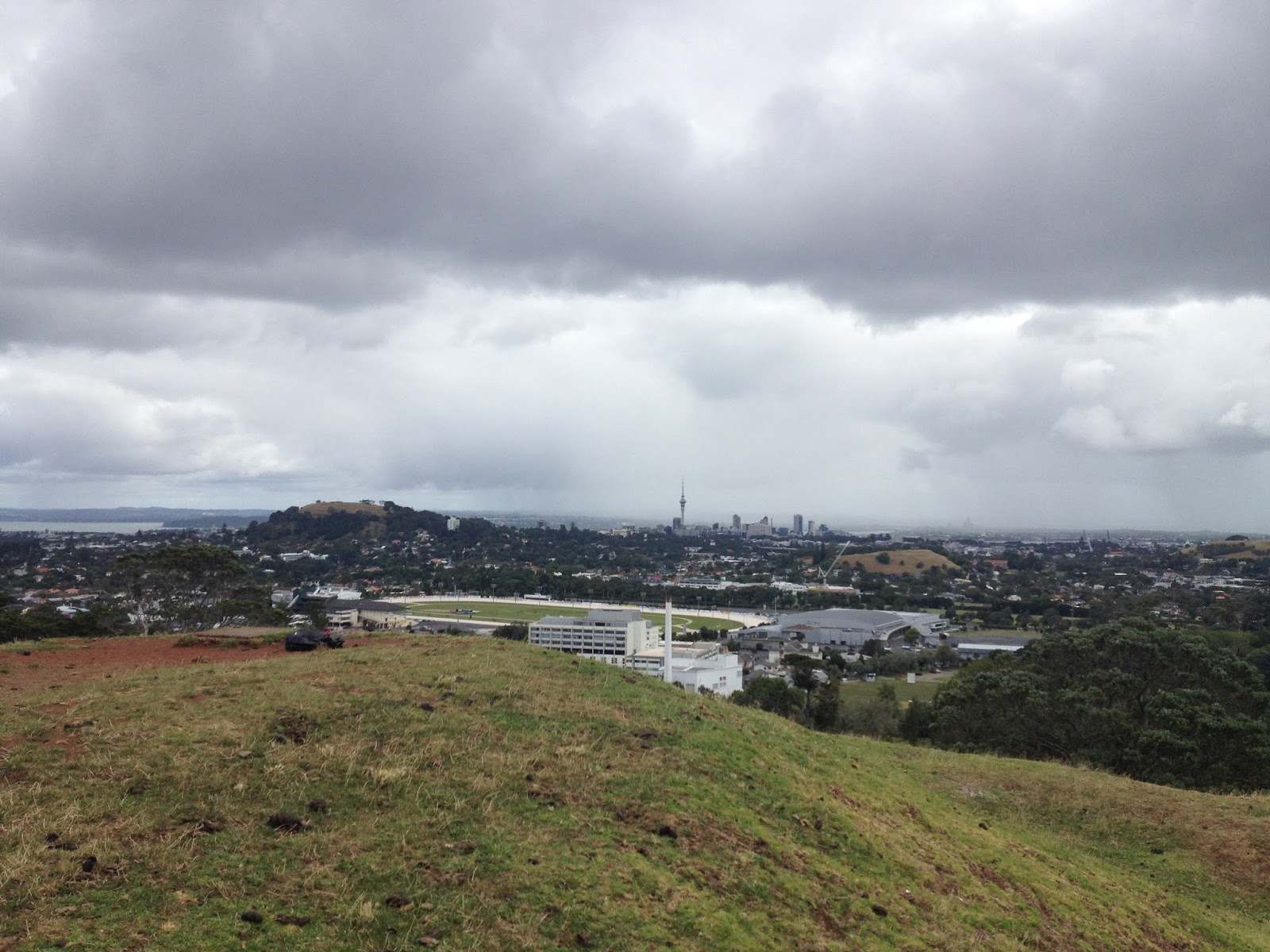 View of Mt Eden from One Tree Hill, with the Sky Tower, close to where I started, in the centre-ish 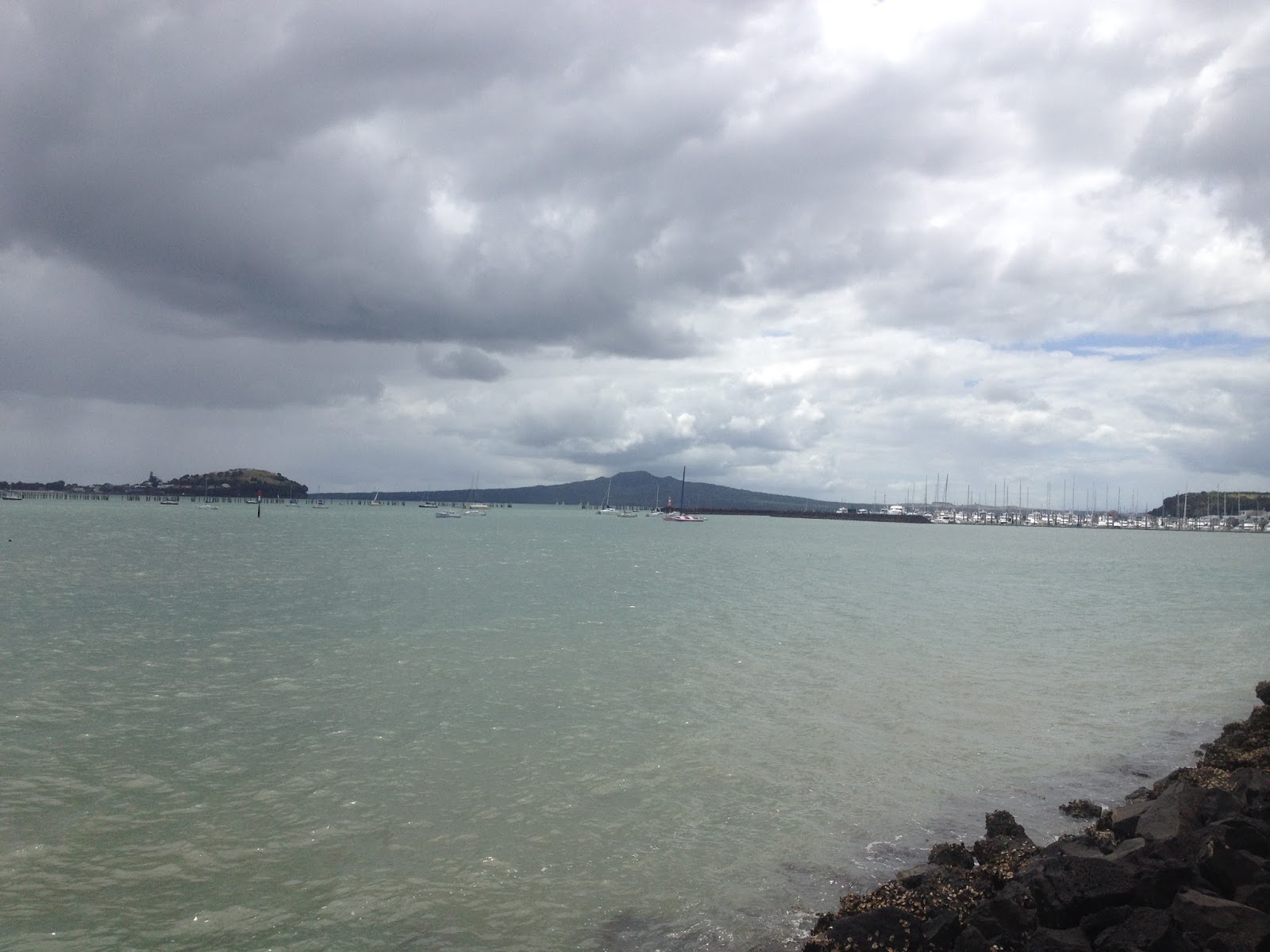 A much closer view of Rangitoto, from Tamaki Drive near the end of the run 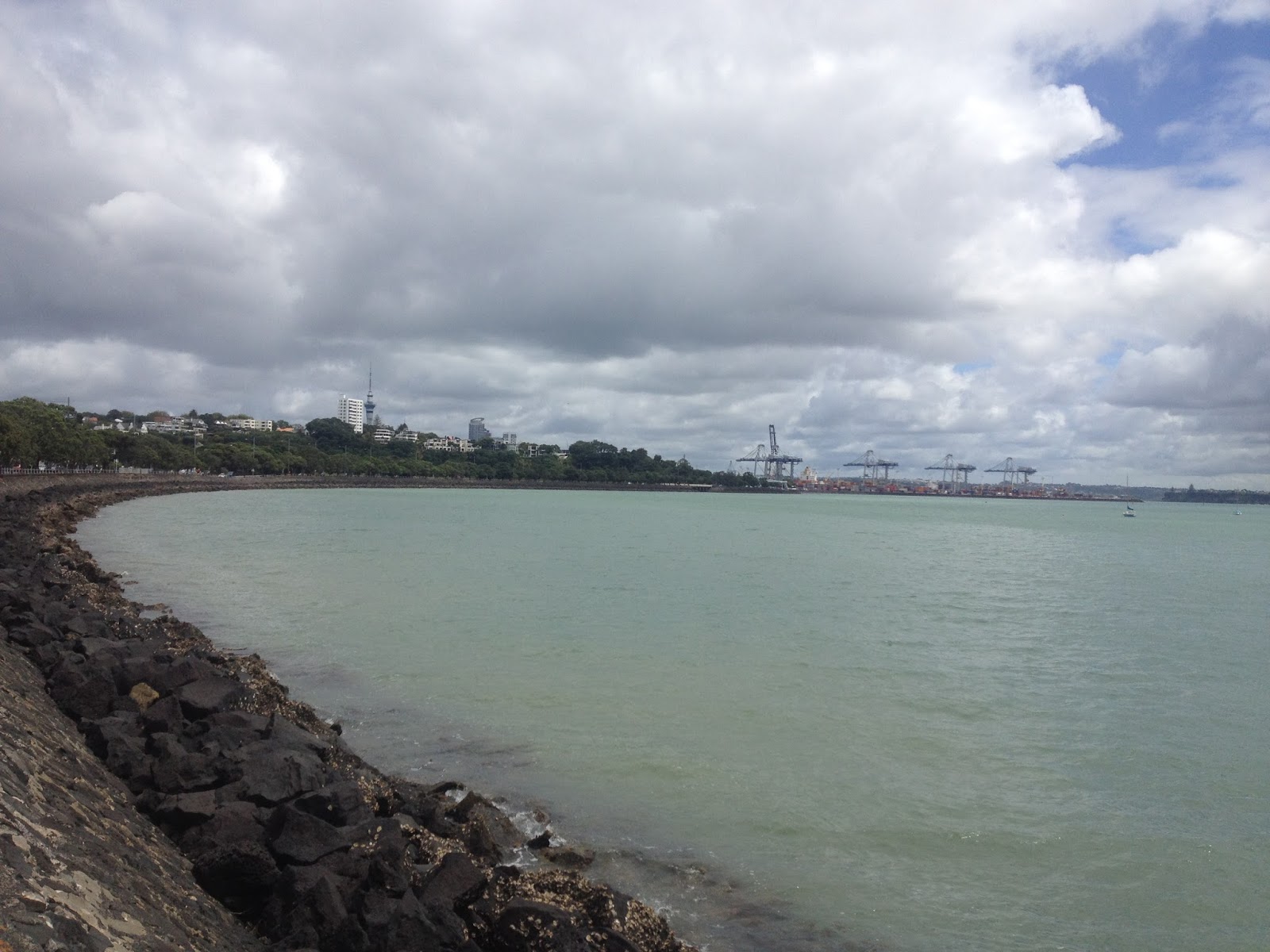 The Sky Tower's looking much closer too! 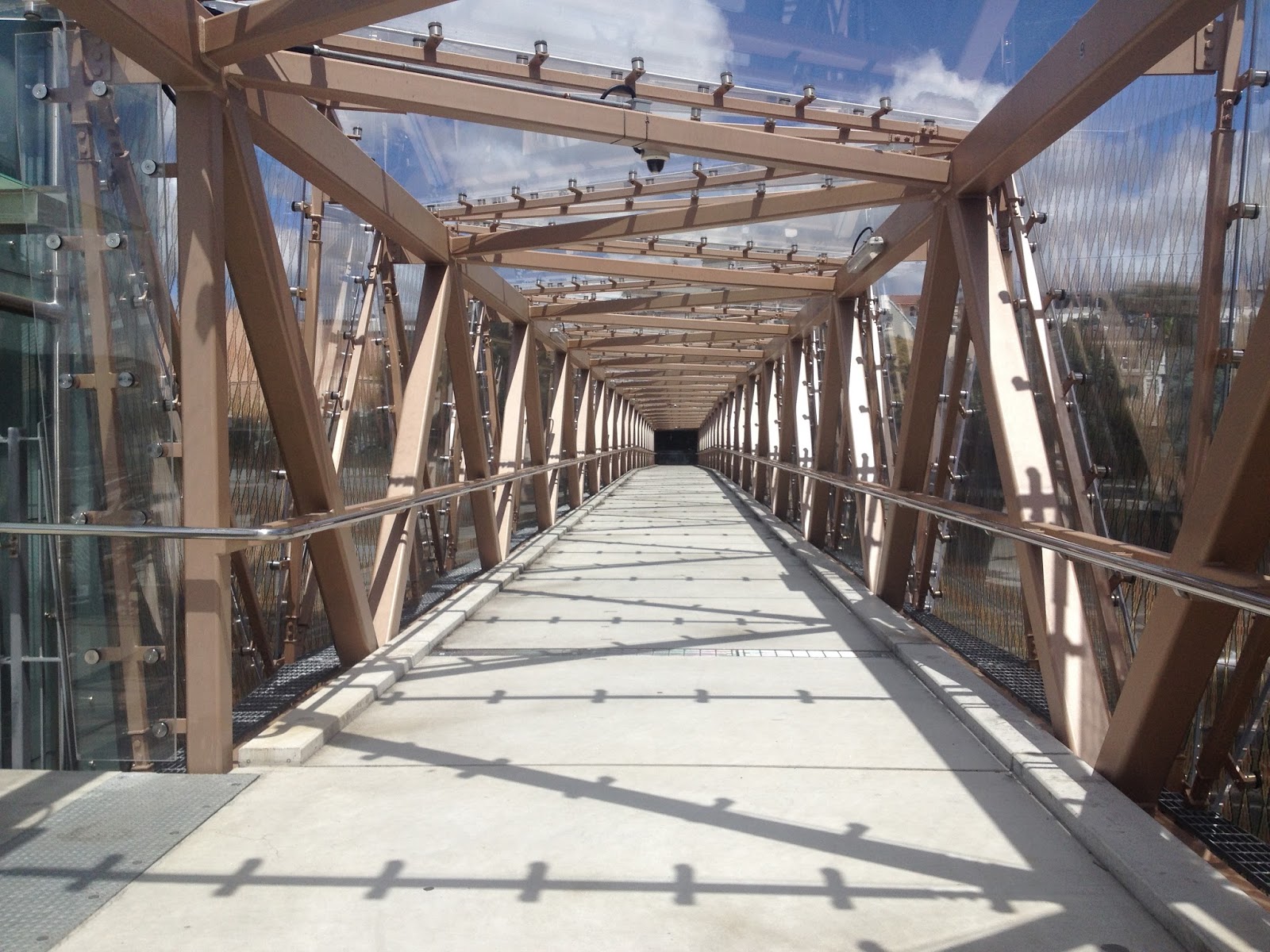 I love the look of this walkway!

After a good sleep last night my body isn't showing any signs of having been affected by the long distance, which bodes well for future marathon training.  Hurrah!  It still seems a long way off and a near-impossible task for me, but I'll keep at it and hopefully by November the thought of completing the Auckland Marathon will be a good one, rather than something that instills mild panic.  I think I'll take a few days rest and run again on Sunday.  Hmmm, maybe a nice, comfortable mid-distance 15km... I'll see how I feel after I've volunteered for this Saturday's ParkRun.  I think I'll be marshalling at the turnaround or the gate, which will be the most social experience I've had at ParkRun so far ;)

In foodie news, I slowed down in the kitchen again with the prep for my assignment and getting the kids settled back in to school taking up a lot of time - X is now a full-fledged intermediate student and I think he's rather enjoying it.  T has had his first full week at school and is getting on really well with his teacher so I'm happy about that.  I have managed to make a few cool things though (okay, more than a few): 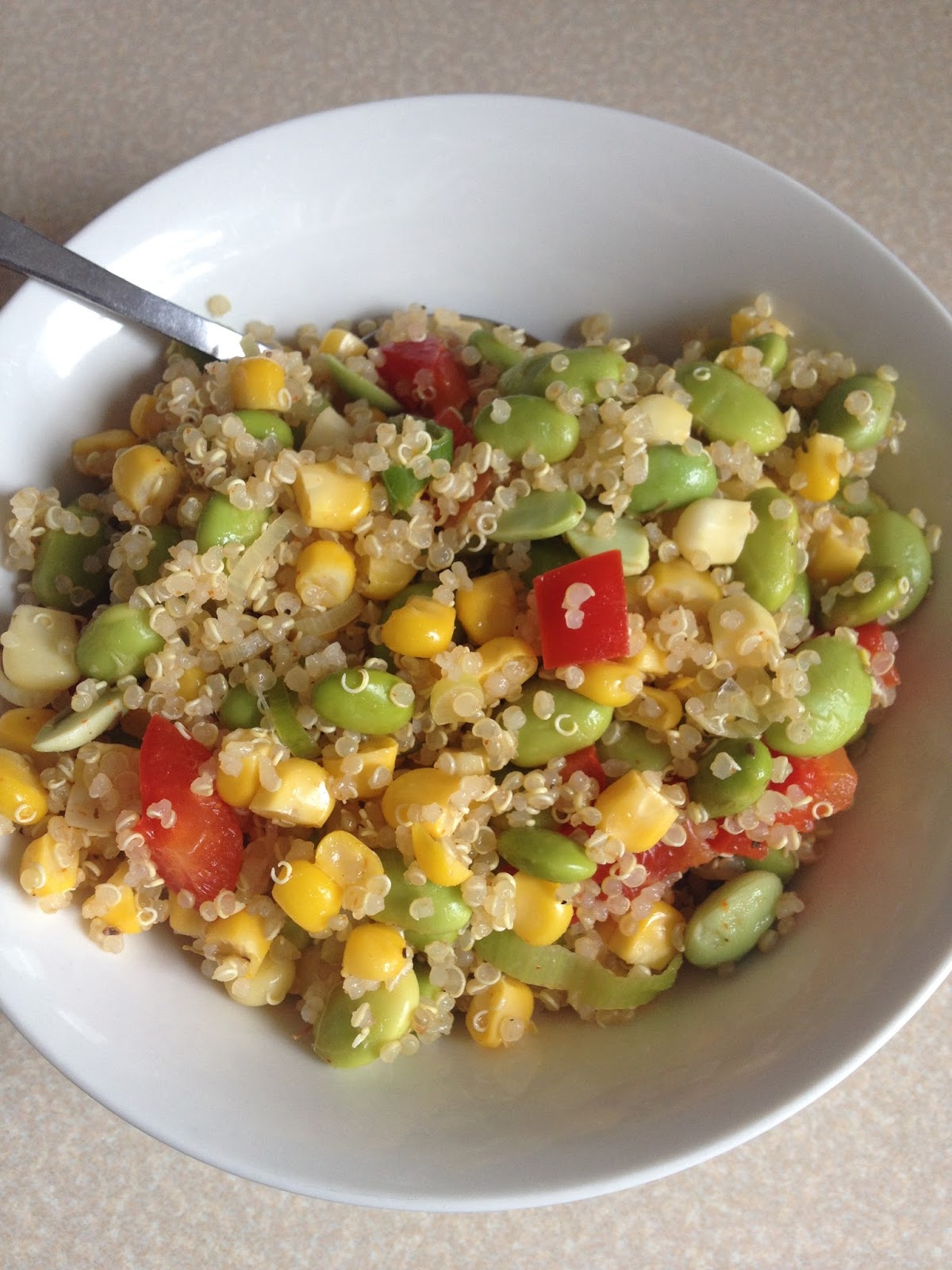 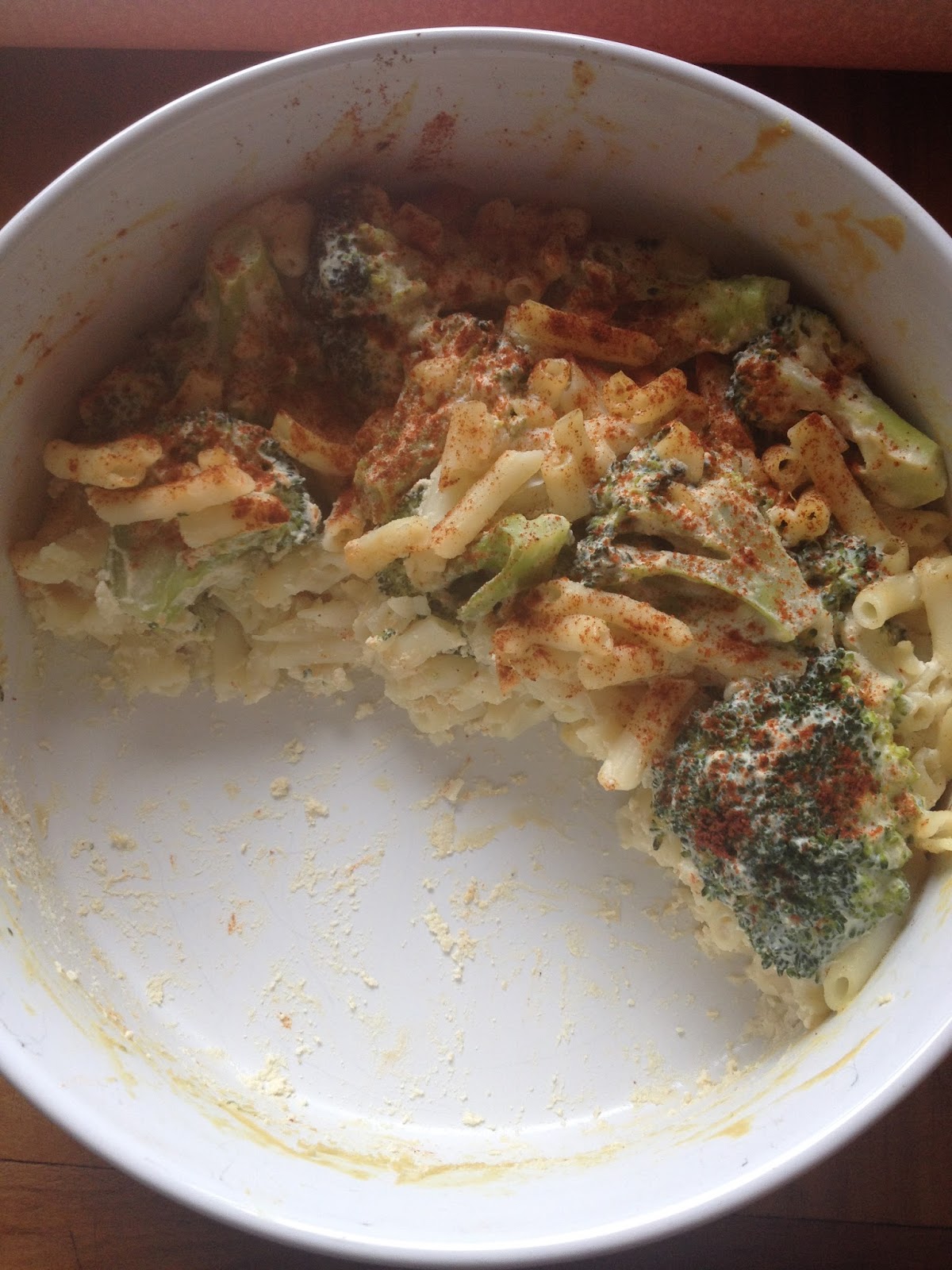 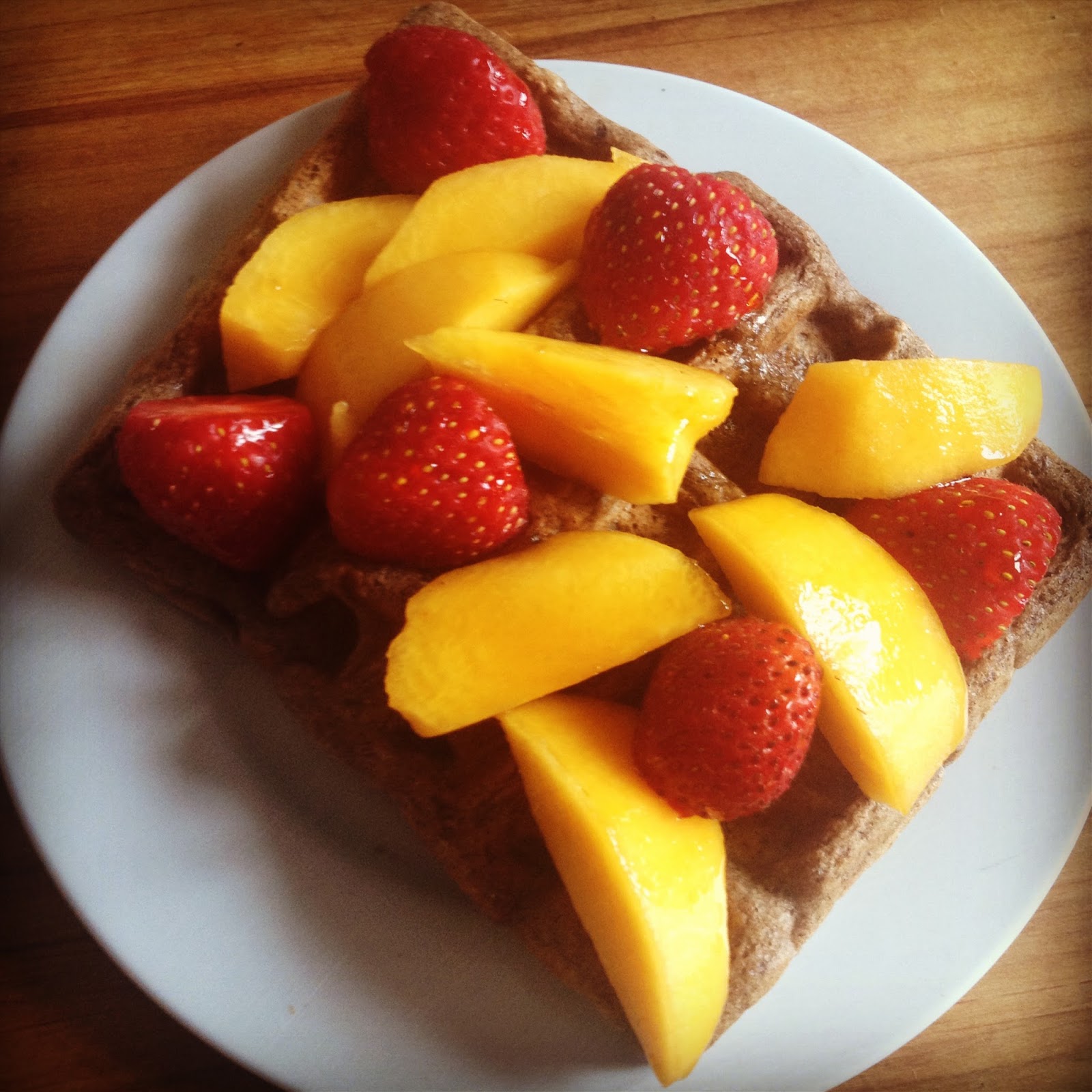 Buckwheat and oat waffles, with fresh peach and strawberries, and maple syrup 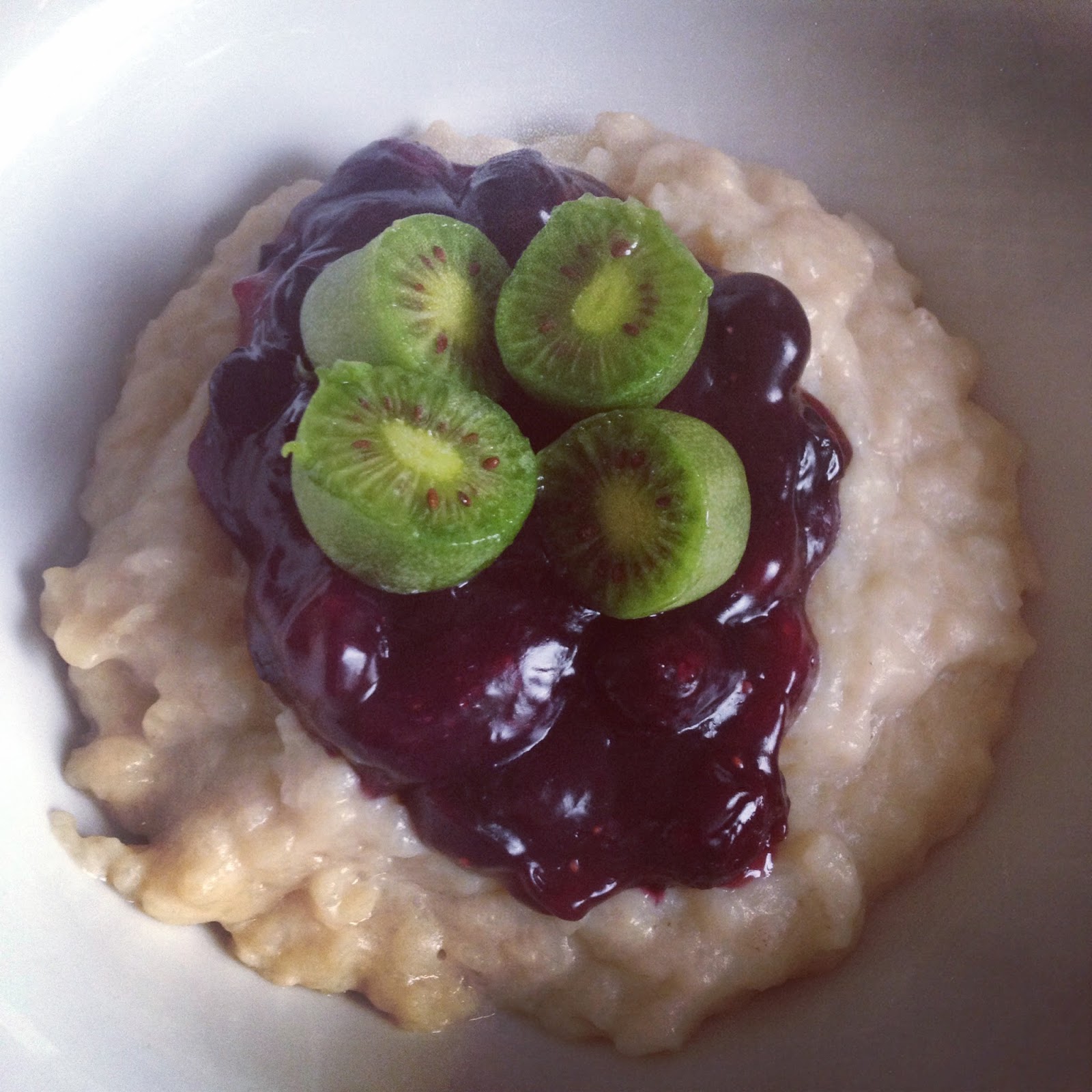 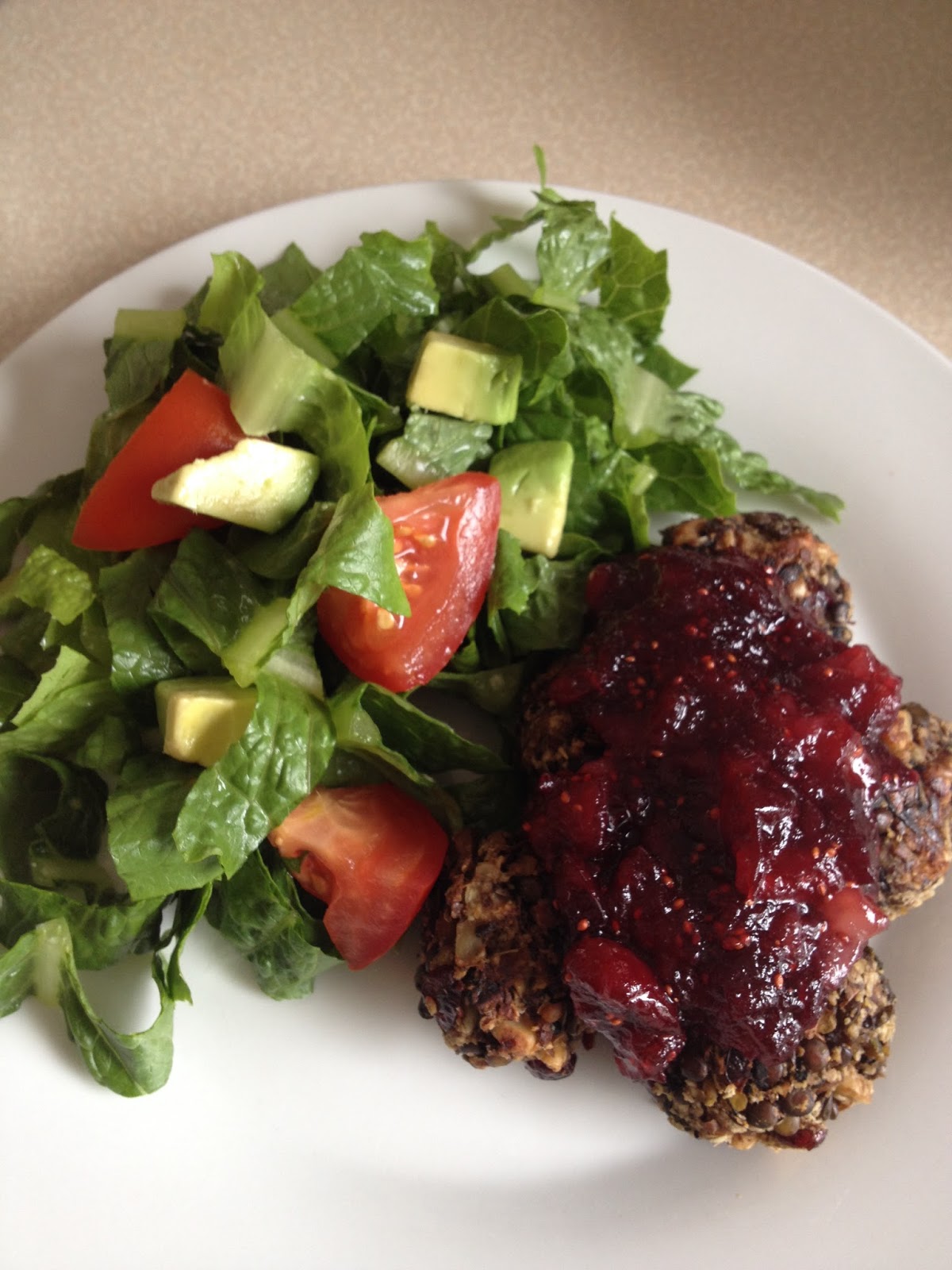 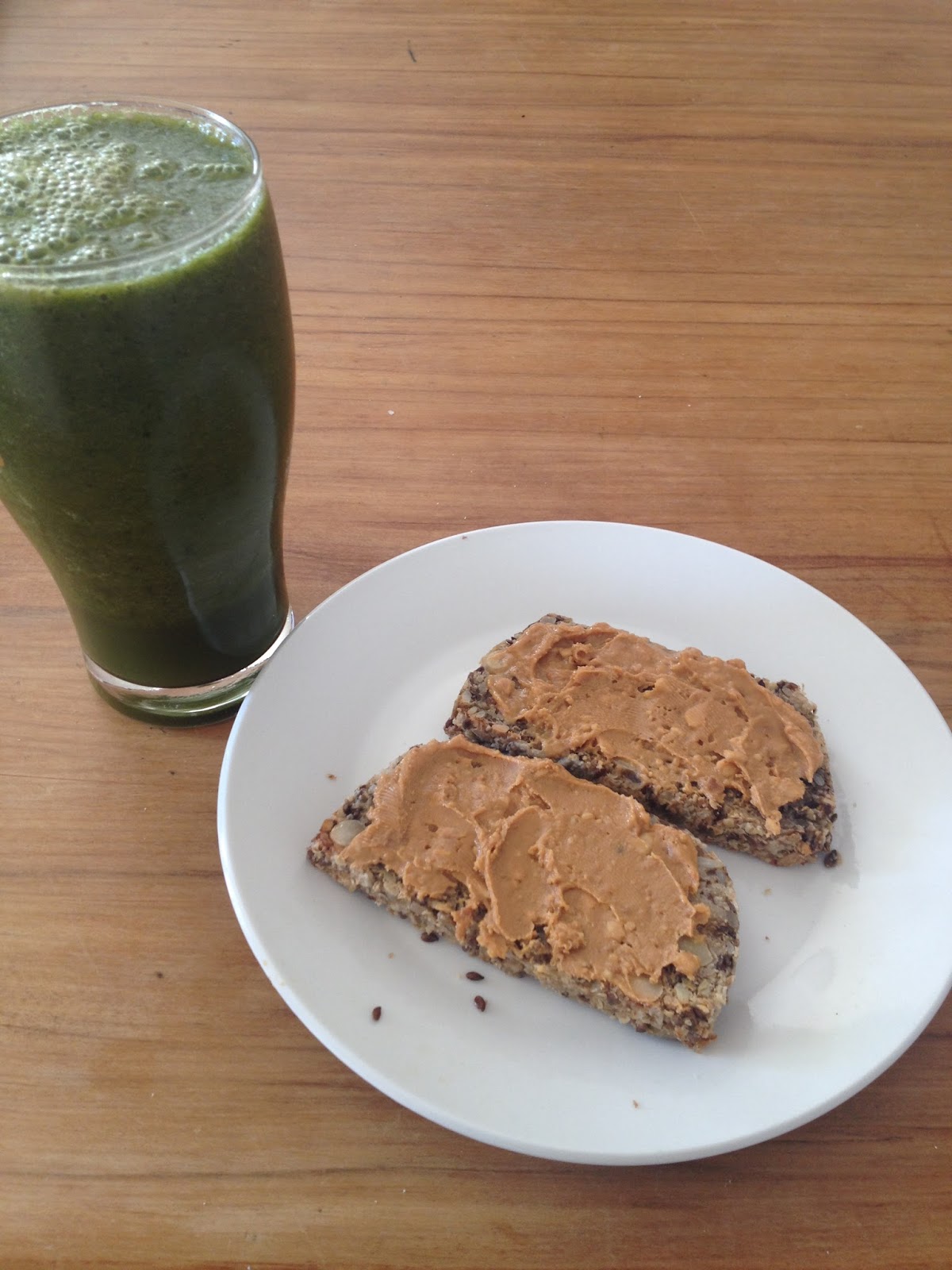 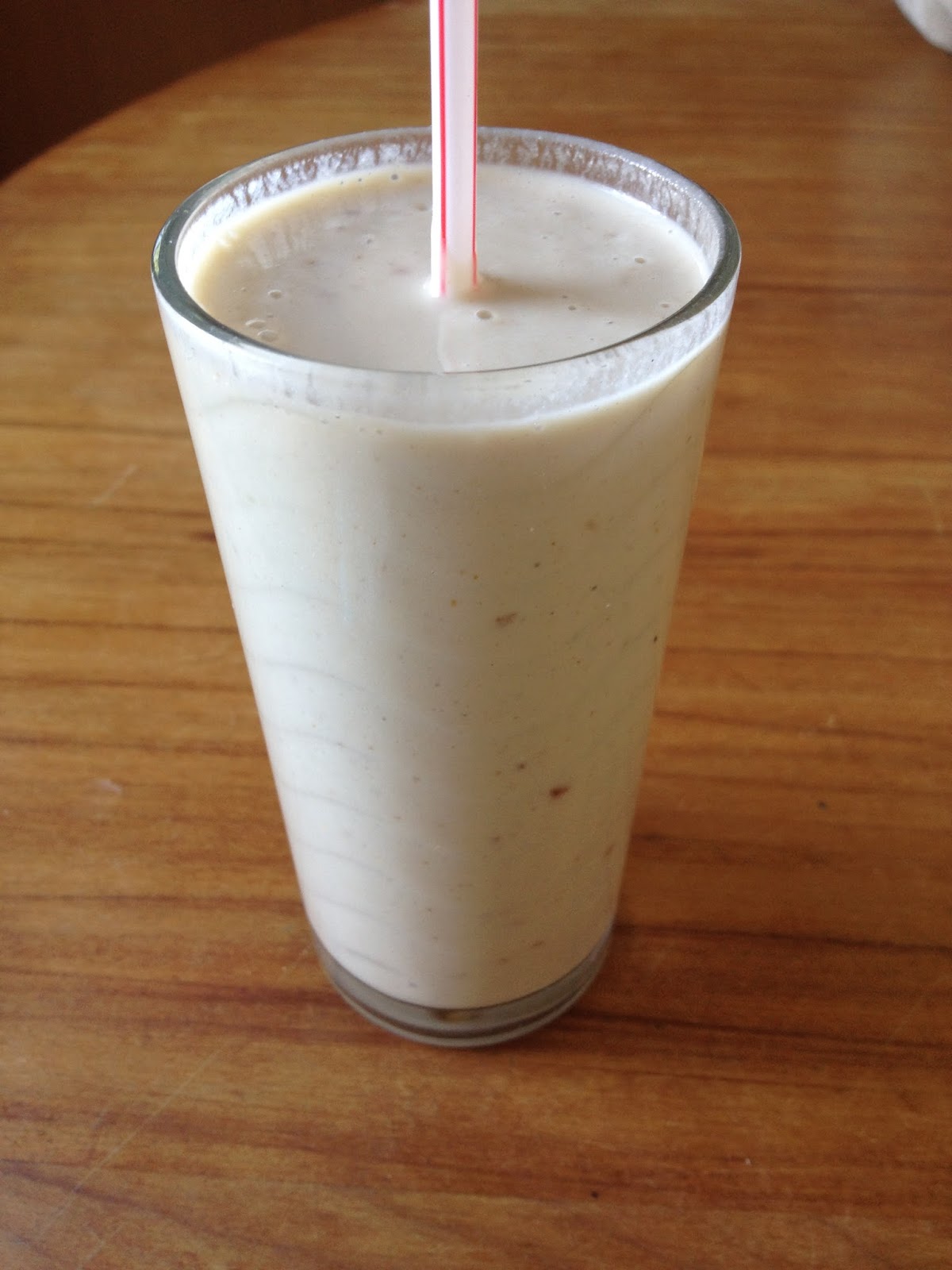 Cashew, vanilla, date and banana smoothie, inspired by the shakes at Little Bird 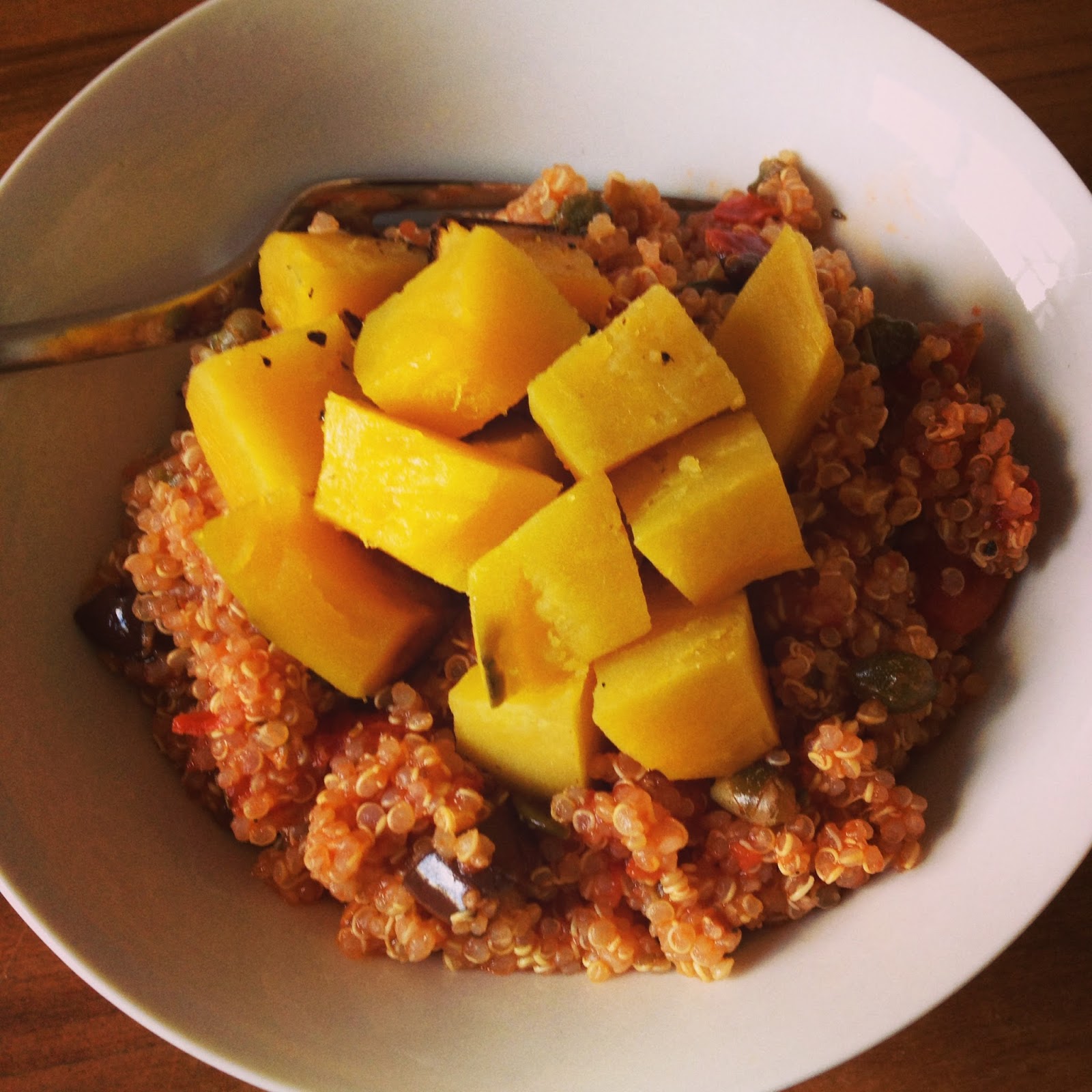 Quinoa puttanesca topped with barbecue-roasted pumpkin - I was surprised and delighted by this dish.  I've never liked olives and capers, but decided to give them a go.  This puttanesca was awesome!  Love love love PPK! 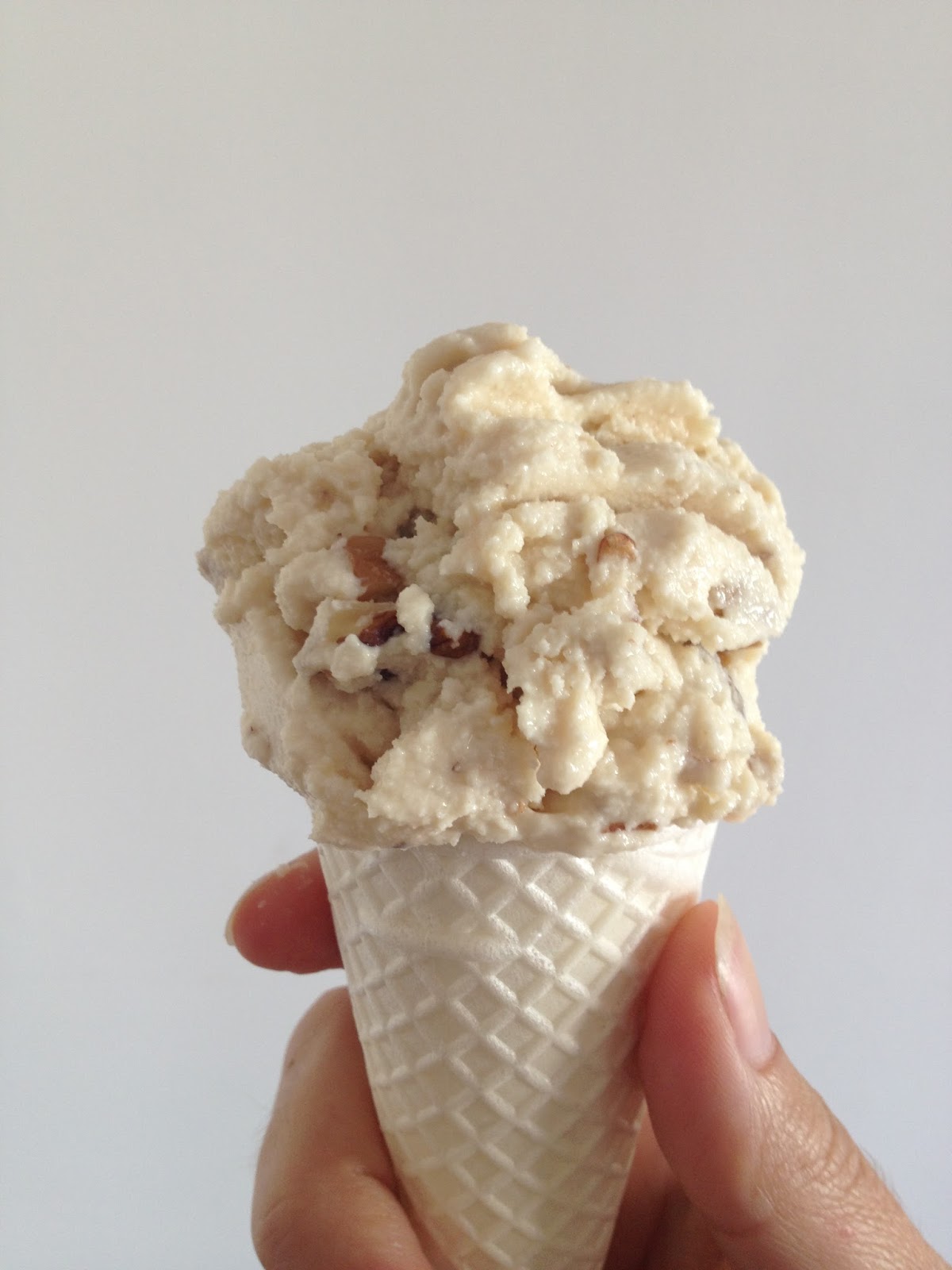 Maple walnut ice cream with an almond base (instead of cashews), with a gluten free cone :) 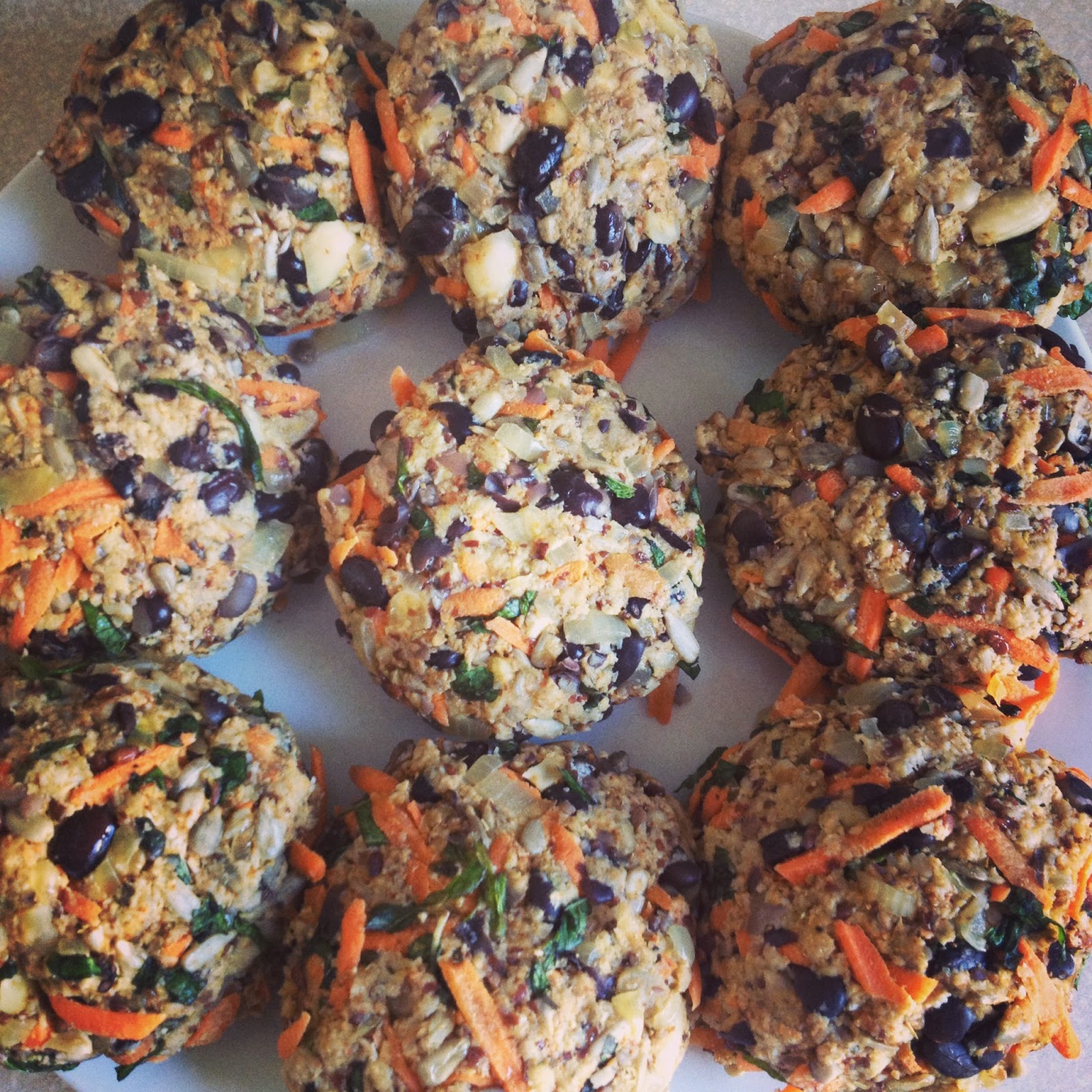 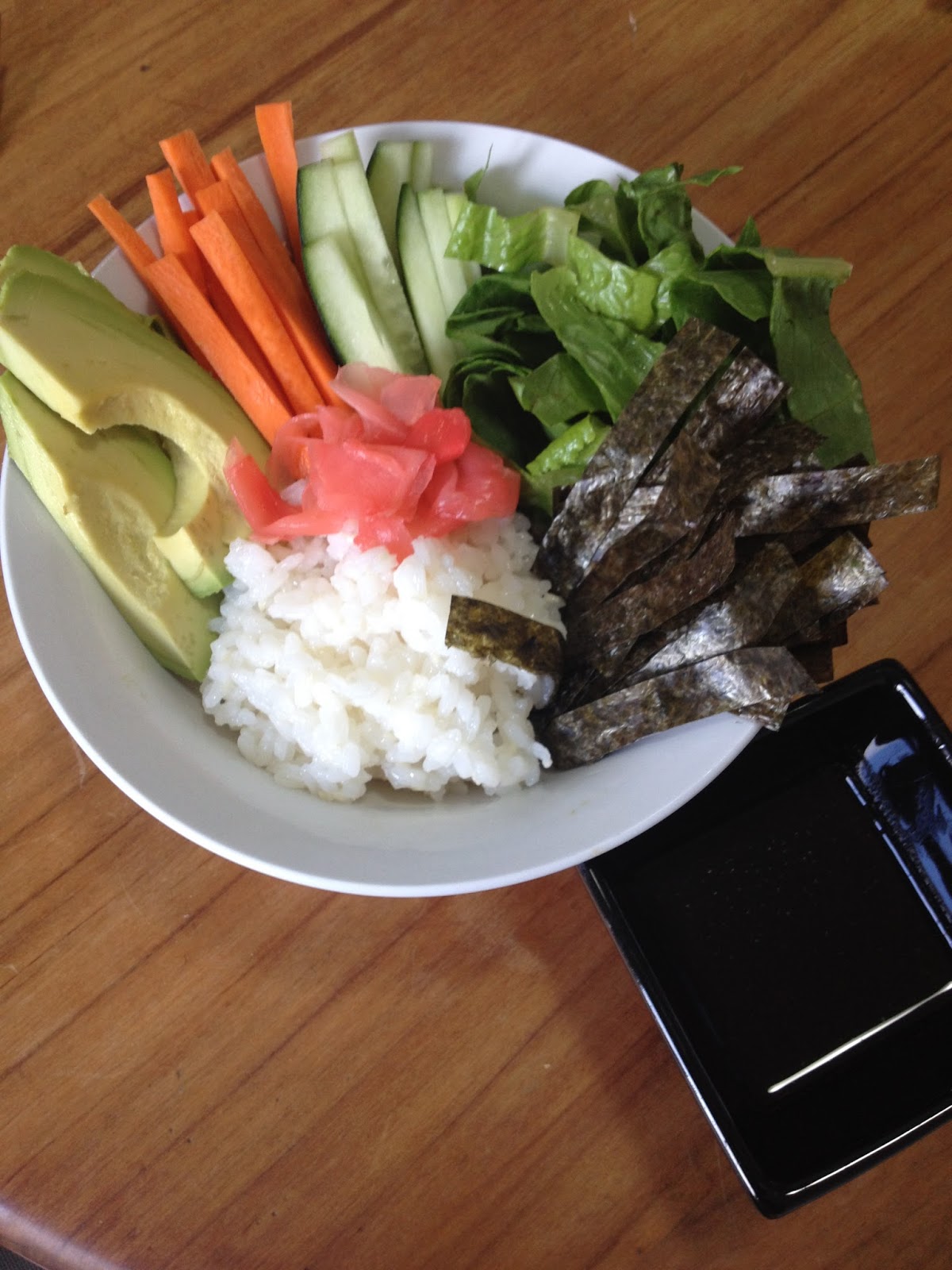 Sushi bowl - so much quicker and easier than rolling up sushi!!  This was my first try of wasabi too (which was in the sauce).  Boy, it packs a punch!  Good though :)  Also the first time I've tried pickled ginger.  I do believe I'll be making this again.  It was yum!

On the menu for tomorrow will be some vegan vegetable and soba miso soup.  Today, I'll be treating myself with something delicious from Little Bird, and we're having a barbecue tonight so I'll be munching through another vege burger.  Woohoo!

I'm happy to discover there are quite a few vegetarian/vegan friendly eateries in the Auckland area - Little Bird has two locations, and there's Cosset in Mt Albert, where I popped into during my 18km run last week (okay, so I purposely mapped the run to include a visit there): 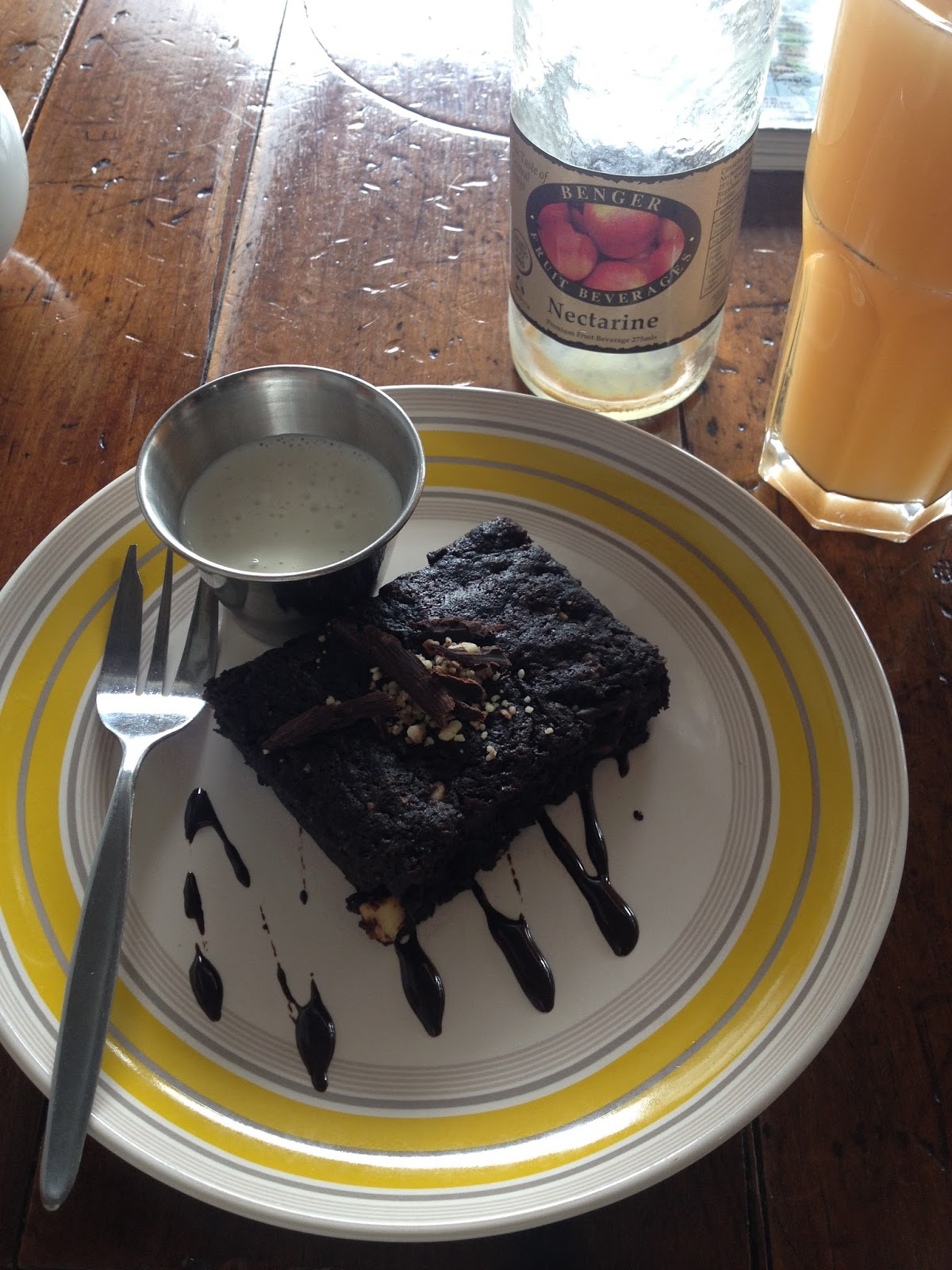 Chocolate almond brownie with cashew cream, and a nectarine juice.  Totally what you need when you're 12km in to an 18km run, right? ;)

I've been into the Moustache Milk & Cookie Bar a couple of times to grab a soy hot chocolate (with a whole dark chocolate Whittaker's sante bar in it!!!!) and some cookies for the kids.  Sadly, no vegan-friendly cookies, but vegetarians are fine (as long as you don't get the oreo and marshmallow cookie.  Y'know, gelatine, beef collagen, blurgh).  Ha, could you imagine, a meat-cookie... ew...  There's also The Blue Bird Cafe in Mt Eden, Raw Power Cafe in Vulcan Lane where I had lunch the other day: 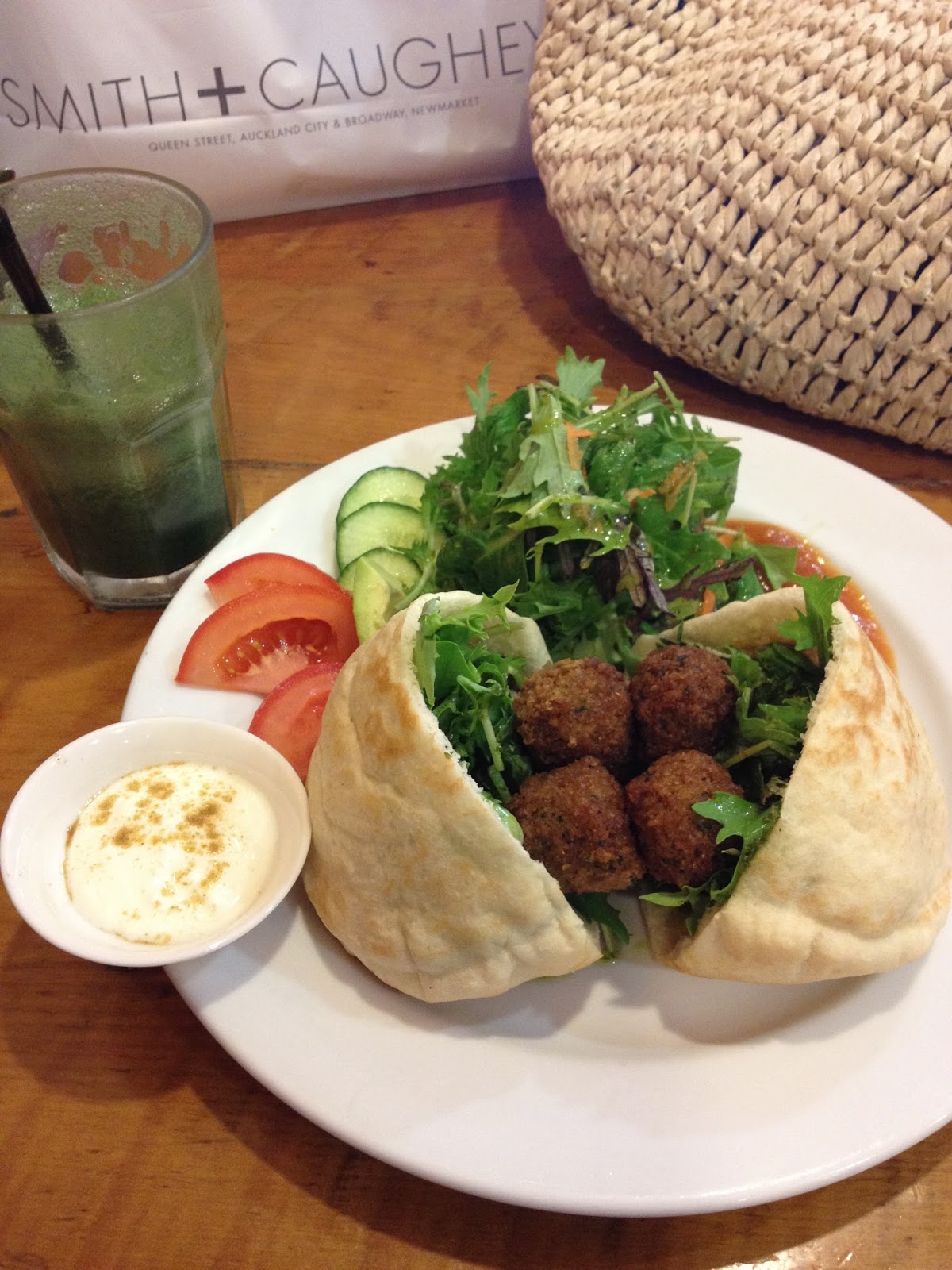 Falafel pita pocket with a fresh spirulina smoothie.  I skipped the yoghurt.

And vegetarian/vegan food is becoming more mainstream so is often available on the menu at standard cafes and restaurants.  Woot!

For now though, I'm going to power through some housework then go for a wander in to Ponsonby for my Little Bird treat before the kids get home :)  Have an awesome weekend and enjoy the last of the summer weather before it disappears!