I'd like to be studying right now.  I should be studying right now.  Unfortunately, the site appears to be down and as all my study materials are online for these two papers, I can't actually do anything.  So I guess I'll update my blog :)  And in case you were wondering, I caught up on all the housework yesterday and T is still home from school so I can't go for a run.

Gosh, it's been a weird couple of weeks!  Y'all know what happened last week (hospital stay, no running, blah blah), I only managed a 15km run on Saturday which was fine but uneventful (my usual Tamaki out-and-back).  On Sunday the Round the Bays run/walk was on, but I didn't enter and was rather happy about that.  Deane had announced that he planned on going for a run later in the day, so I hung around home and pottered in the kitchen.  He didn't.  Oh well...  T's foot has been healing nicely, despite getting absolutely soaked during a bath and having to be redressed (oops).  He's weight-bearing on it now and can even wear shoes, so I think I'll send him to school tomorrow, dependent on when his clinic appointment is (notification is yet to arrive - I may need to call them).  He'll be having the last of his antibiotics today, which I think we're both rather glad about.  Administering exactly 3.3ml of medicine each time can be a bit of a pain!

Yesterday (Monday) was all about the housework, trying to organise stuff and get back into some semblance of a routine.  Sadly, still no run - having a kid at home really puts a dampener on the running plans!  As does an over-protective husband who won't allow you to run early in the morning because of reports of some dodgy guy on the loose in the Ponsonby area back in January :/  I ran out of time to do any study, so planned to spend as much of Tuesday as possible in front of the computer.  However, T is in need of some dental work but will not sit in the dentist's chair.  The dentist we usually go to that would be able to dose him up with a sedative beforehand to calm him refuses to work on him because of his 'history' (medical or otherwise, they didn't say...) so our only other option (since we can't afford the private option at $3,000 and our health insurance won't cover it because he is school-age and the work can (in theory) be done by the school dental system) is to put him on the waiting list in the public system for a general anaesthetic so they can do everything all at once without him potentially causing injury to himself or the dentist.  I was told that we had to be at the Auckland DHB Oral Health Service in Green Lane at 7.30am to sit in the waiting room until he could be seen, assessed, and put in the appropriate place on the waiting list (which is apparently three to six months long).  So this morning I got up at 6am, had breakfast, packed some knitting and my kindle into my bag, made X's lunch, woke up T at 6.30am, got him dressed and fed and teeth brushed, woke up X, fed him breakfast, organised all the stuff he needed for school today, then shuffled out the door with T at 7am to battle the morning commuter traffic.  We arrived at the hospital at 7.30am, got to the Oral Health Service reception and was told that there was only one dentist working at the moment, who refused to work on children.  They took the referral form and said they'd call with an appointment time.  So we got back in the car, battled the traffic once again, and got home by 8am.  Gah!!  I could've just faxed the form through instead of wasting all that time and effort!  Crazy.  I was pleased to not have to sit in a waiting room all day though, and sat down with a cup of tea in front of the computer with the plan of getting stuck in to some study.  But every time I check, the site is still down.  Awesome.

Just to make this couple of weeks just that little bit more special, I was horribly disappointed to find whilst checking the grades for my completed papers, that I had only completed eight - not nine, like I'd thought.  Bummer.  On the plus side they're all A grades (except for the two that are B+) so yay.  Fingers crossed I can keep that up :)

Back to knitting for now, I guess.  Here's a pic of the socks I knit for my sister: 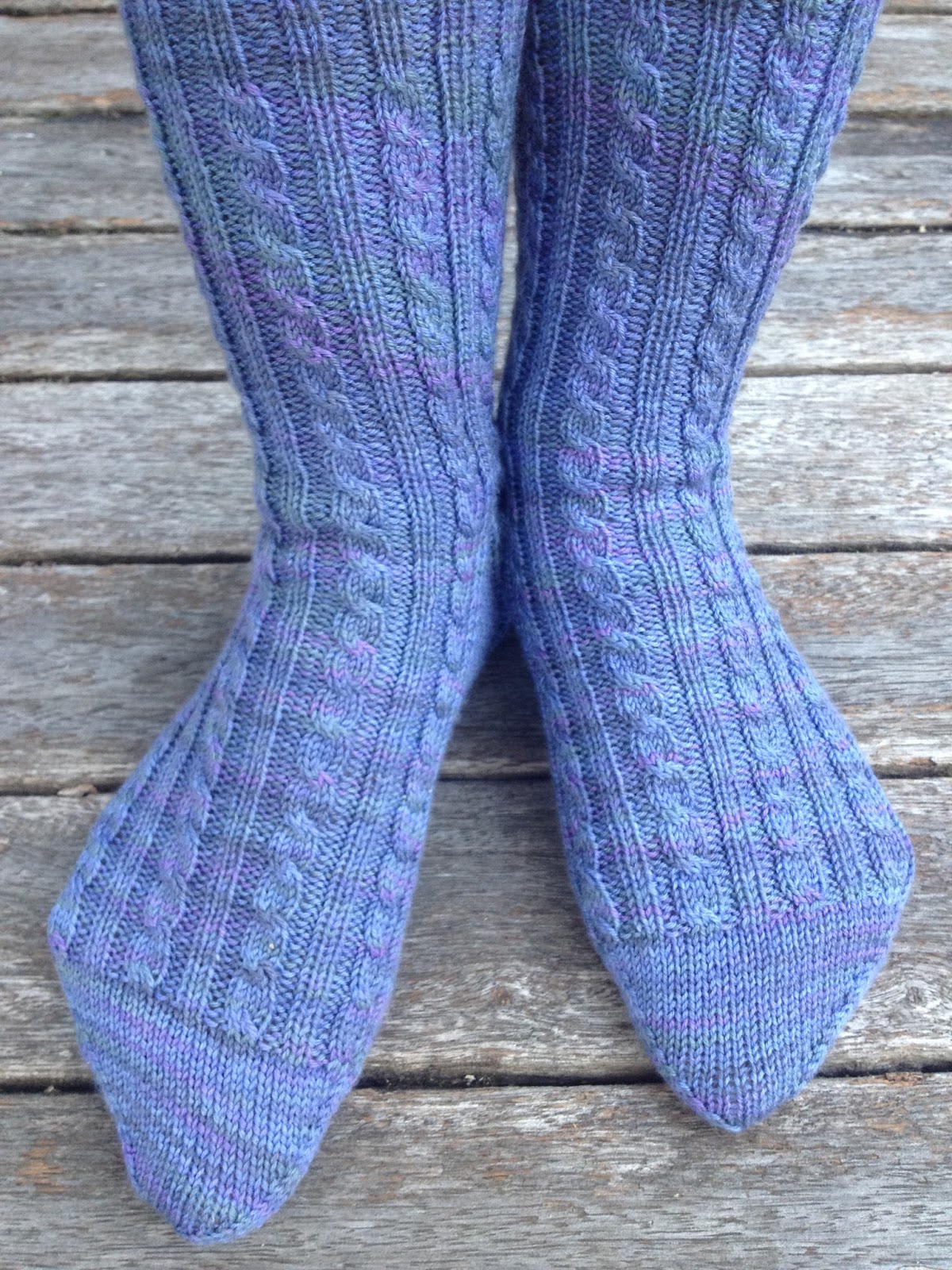 BFF by Cookie A, knit in Cascade Heritage Paints

I started a new pair of socks, using some bamboo/nylon yarn given to me by a friend some time back (vegan socks, lol!).  The yarn is beautifully soft and nice to work with, but I'm a little unsure of how it will wear over time, whether that slipperiness will translate to stretching, quicker wear-through etc.  Only time will tell I guess.  I have finished one: 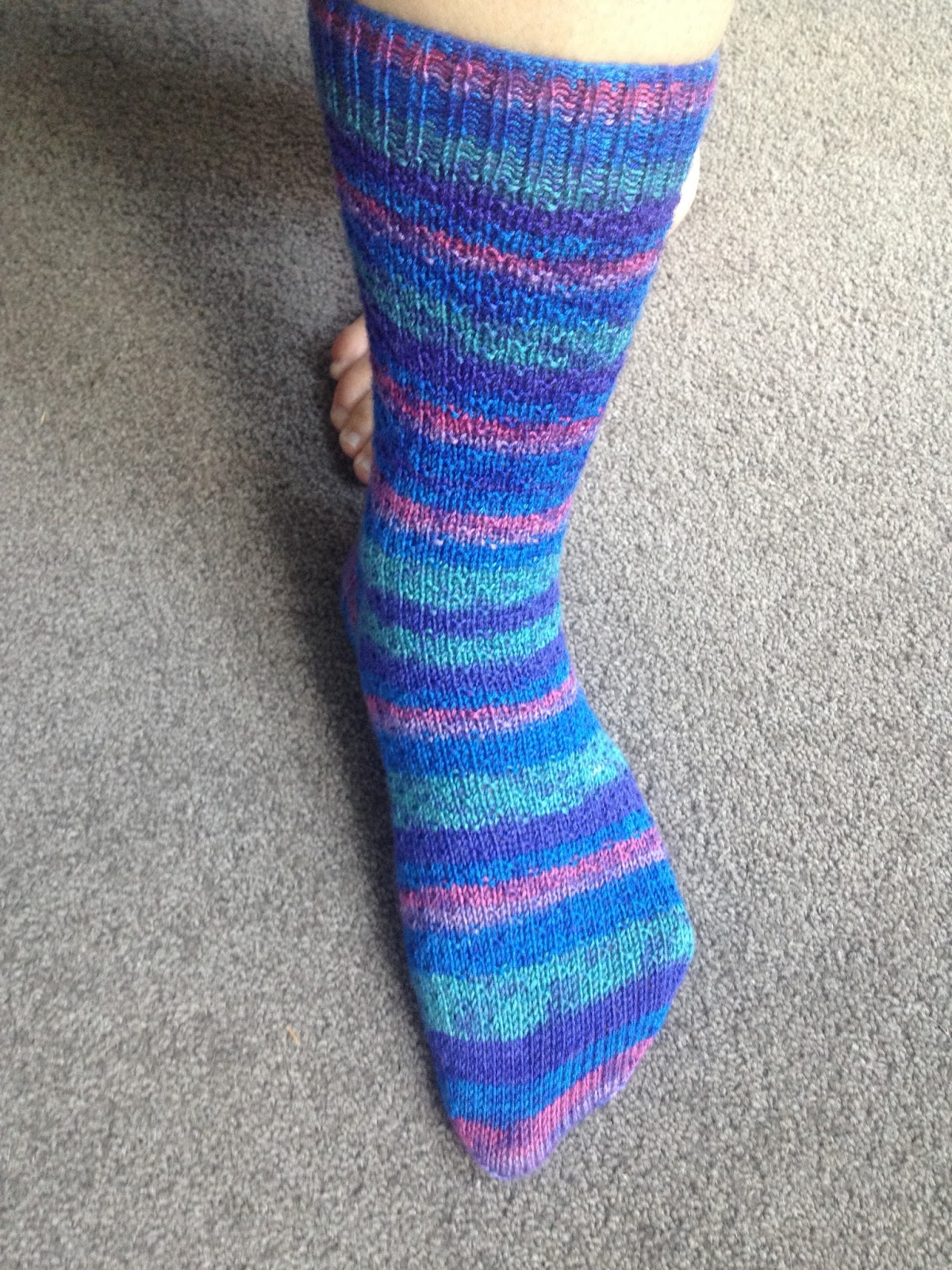 But have just discovered this hole on the back of the leg by the heel flap: 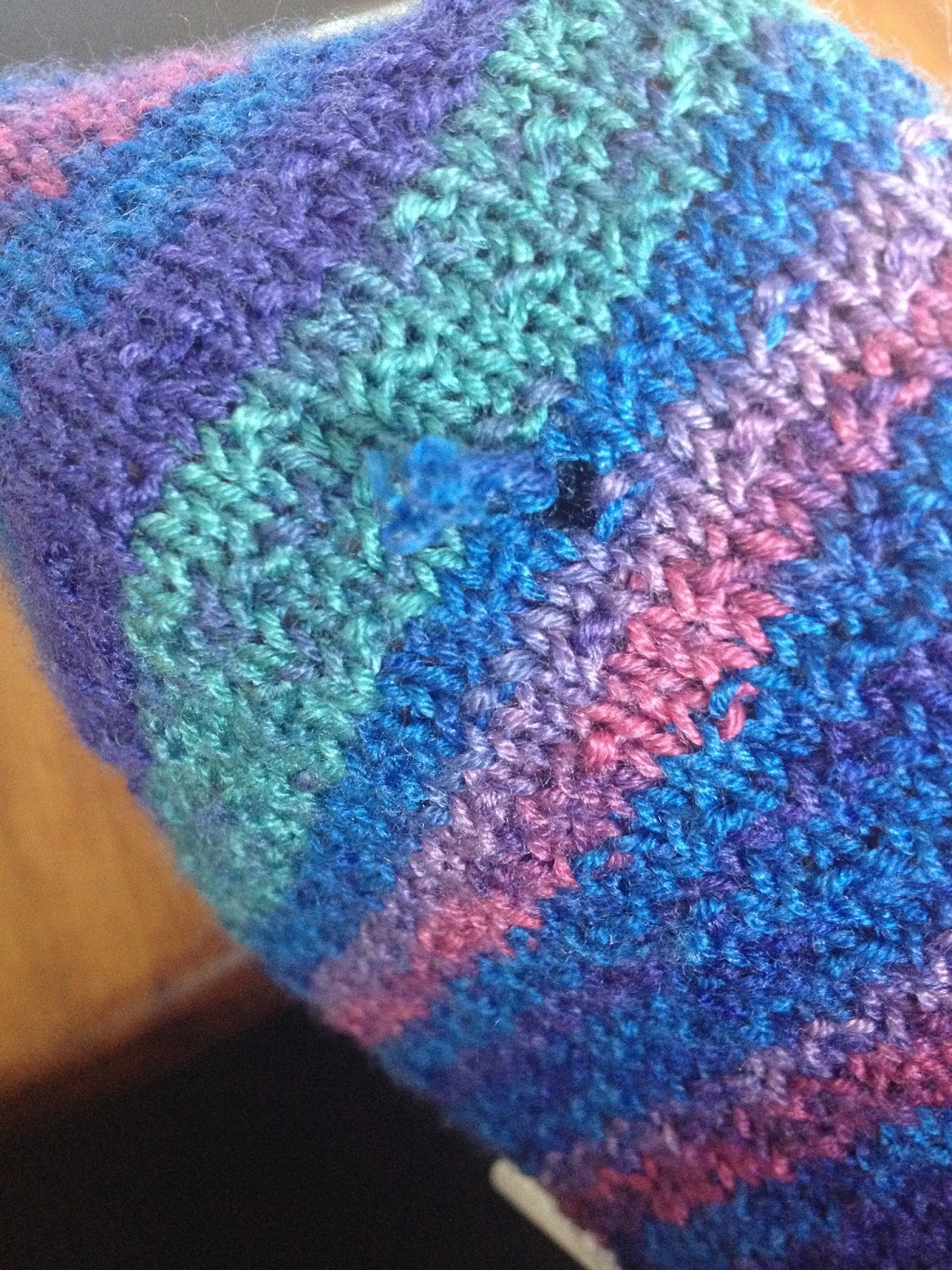 Because, y'know, why not?  Why don't we just randomly unravel right in the middle of a sock where it would require ripping back hours of work to fix it?!?  ::sigh::  Guess I could patch it with the ol' darning needle...  In the meantime, these socks are going in the time-out pile :/

In some happy news, I've managed to find some time to make more ridiculously delicious food.  Seriously loving how there is an endless supply of really good vegan recipes available.  I don't think it's possible to get bored!  Most of them are not particularly visually appealing, but you know me - I'm a sharer so I'm posting photos anyway.  And I kid you not, they tasted amazeballs. 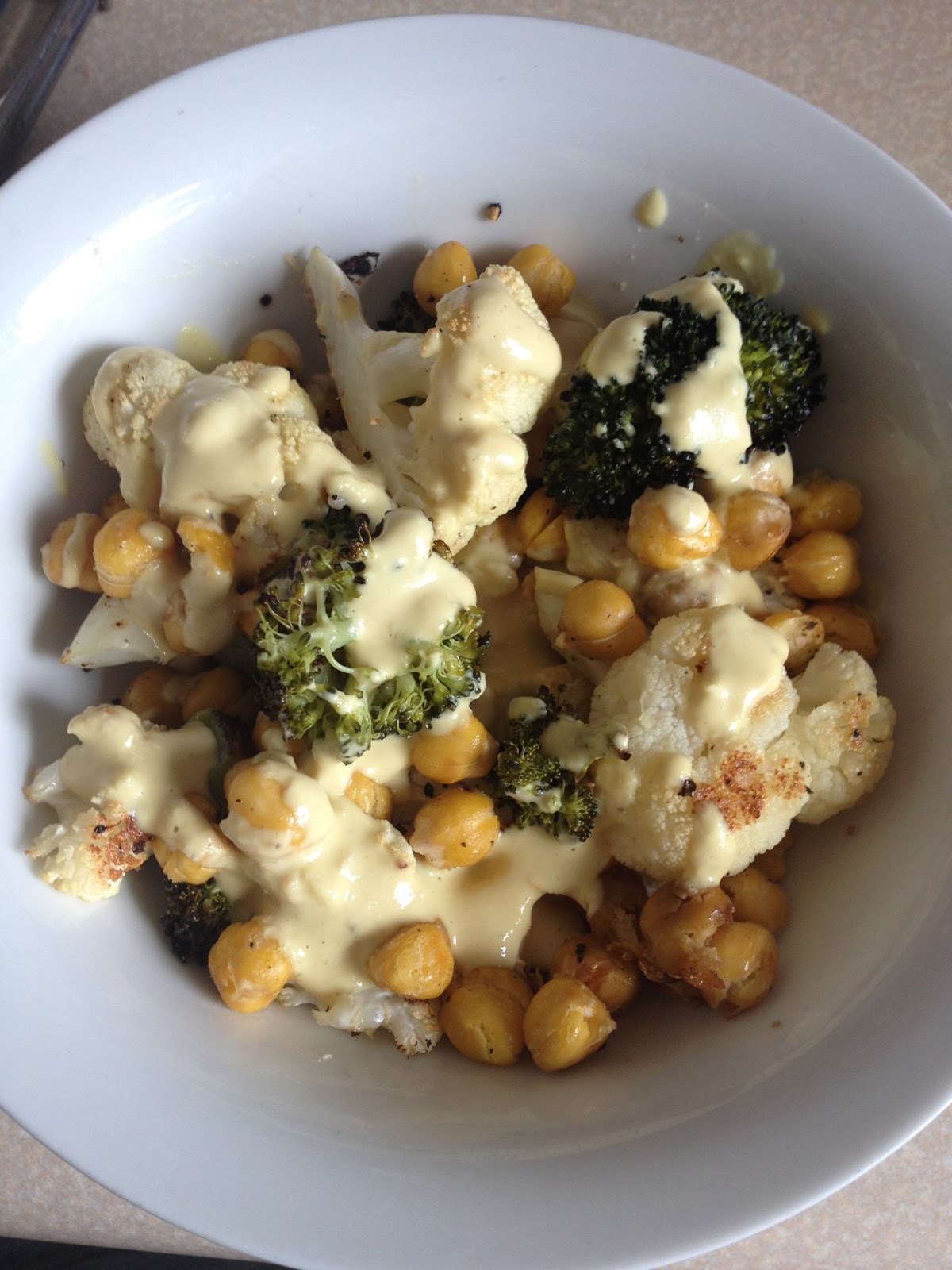 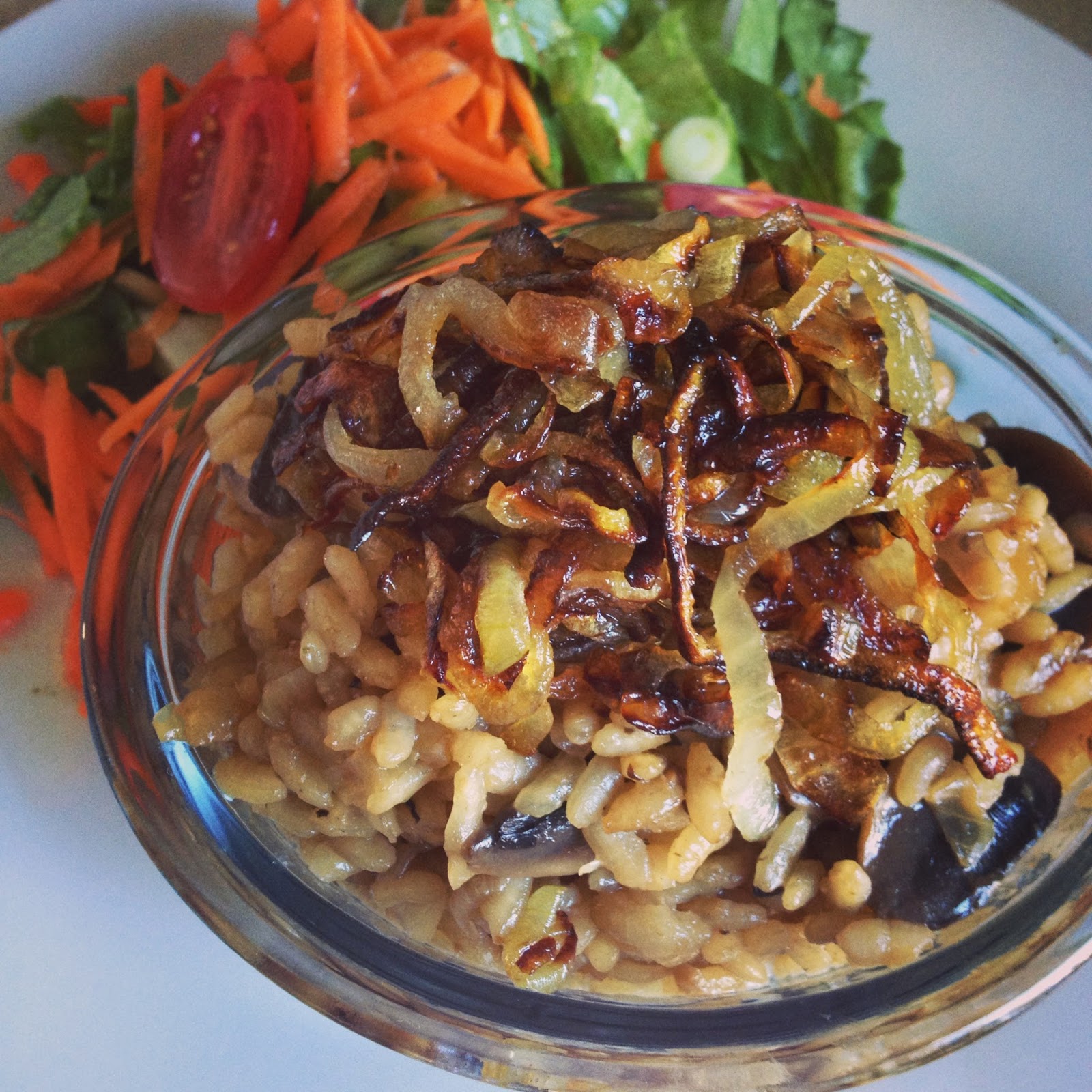 Mushroom risotto with caramelised onions - I was a little weary of this, because I'm not a fan of mushrooms.  I was pleasantly surprised.  Pretty sure it's the best risotto I've ever had. 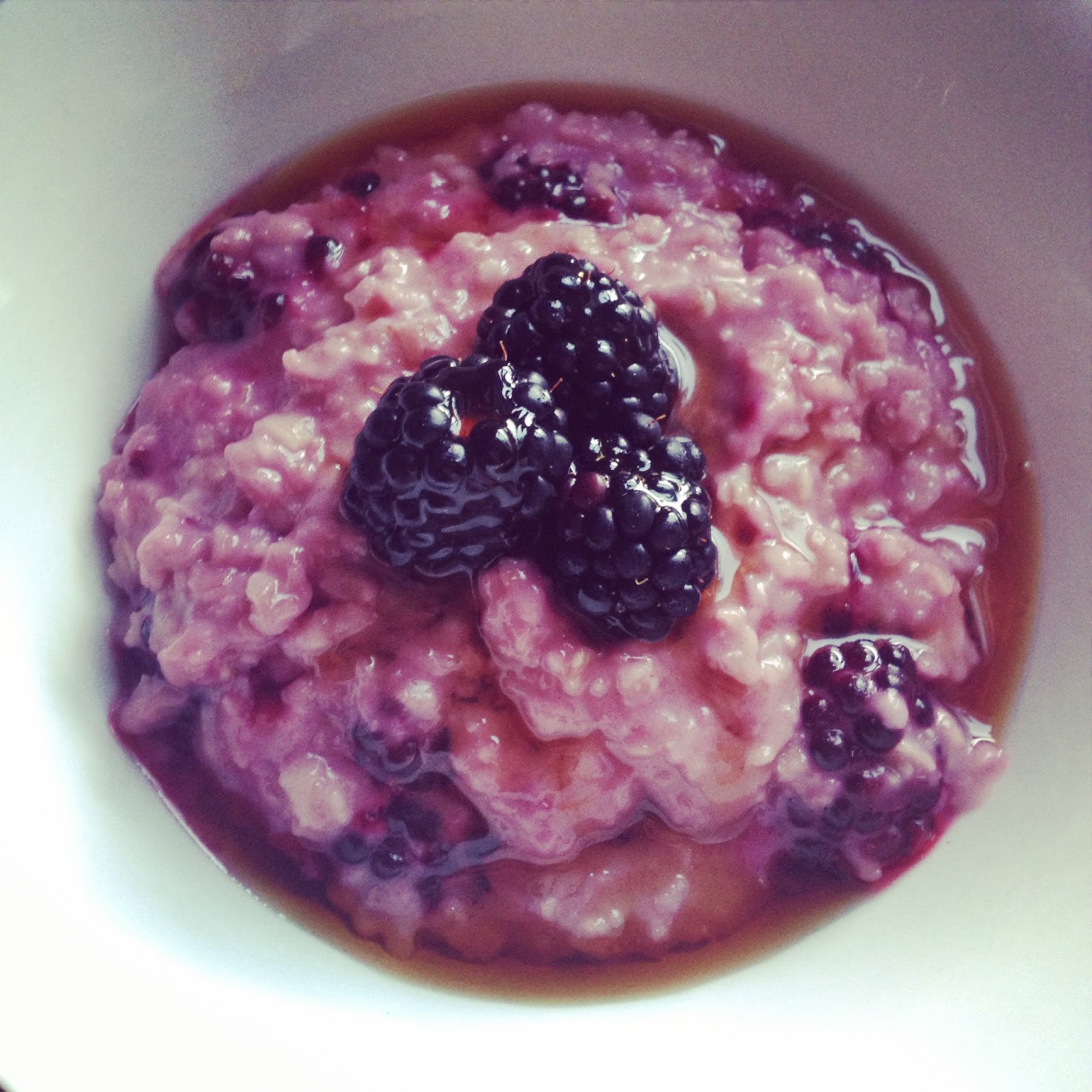 Blackberry cardamom oatmeal with maple syrup - I'd arranged to split this with Deane.  Really wish I hadn't.  It was crazy good. 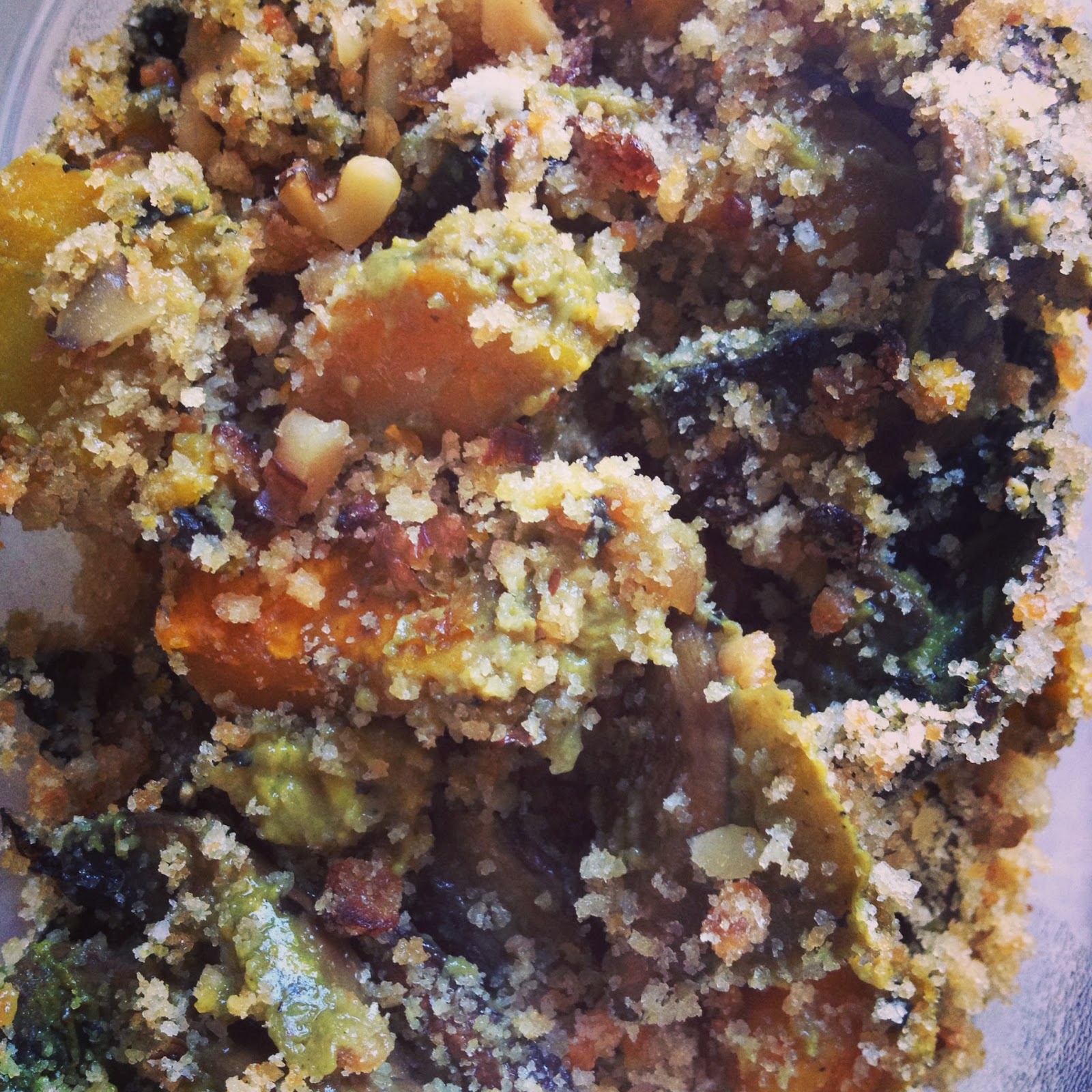 Pumpkin and mushroom casserole with GF panko breadcrumbs - mine came out a little less creamy than the original recipe pic, but that's because I'd over-thickened the sauce.  Whoops!  Still tasted good though :) 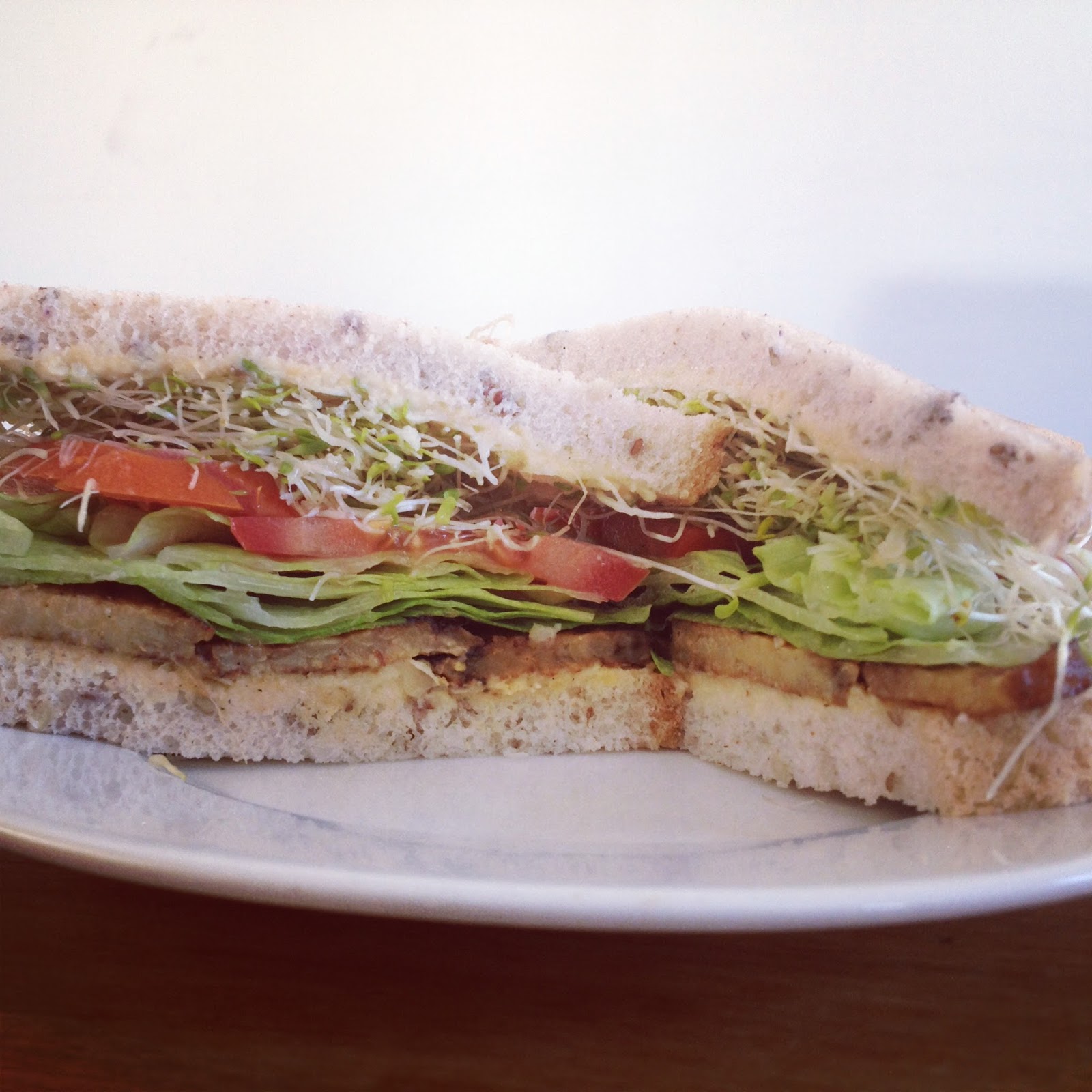 TLT - tempeh 'bacon', lettuce and tomato sandwich with hummus and alfalfa on GF sunflower and linseed bread - sandwich combo idea from the 'Vegan with a Vengeance' recipe book by Isa Chandra Moskowitz.  Love that woman. 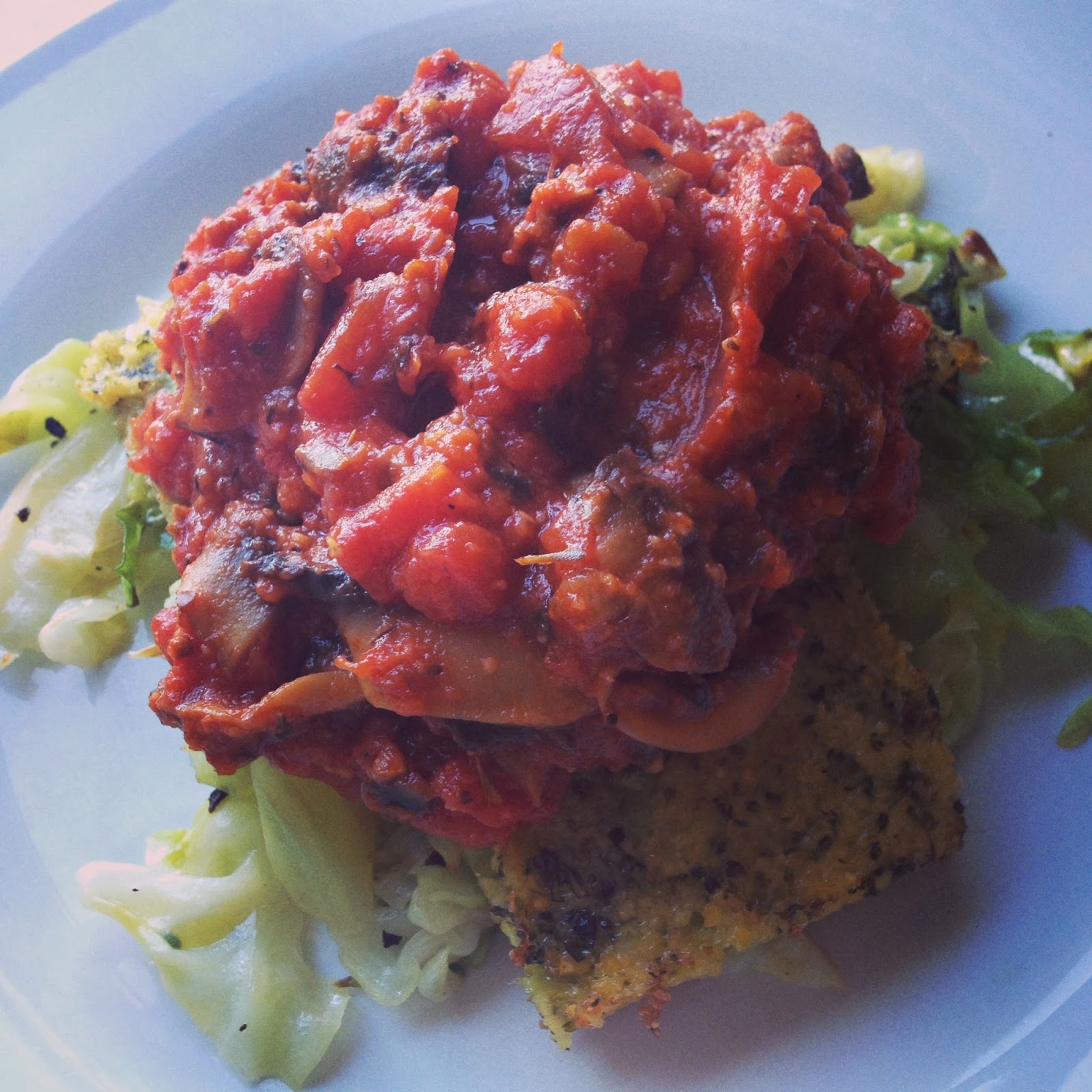 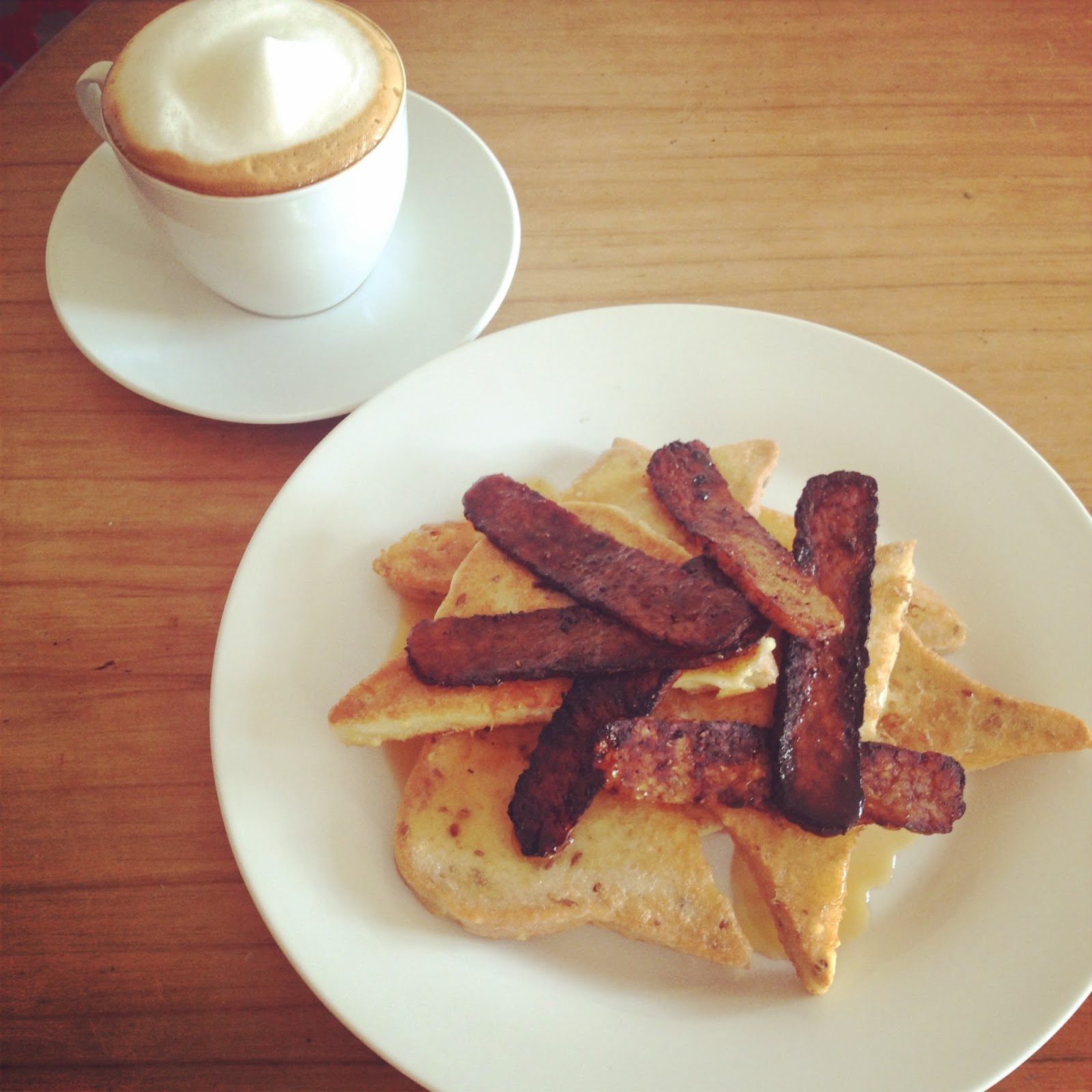 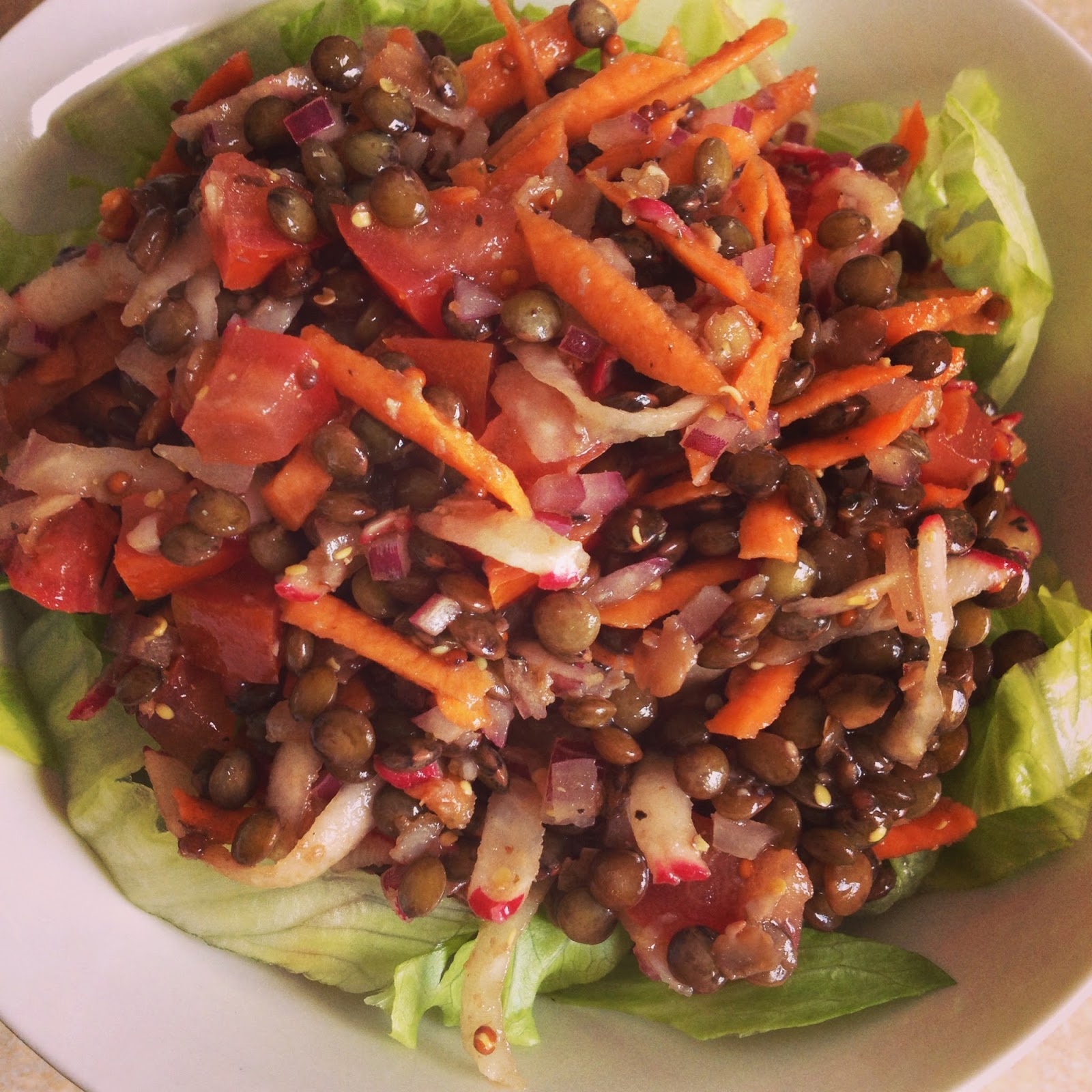 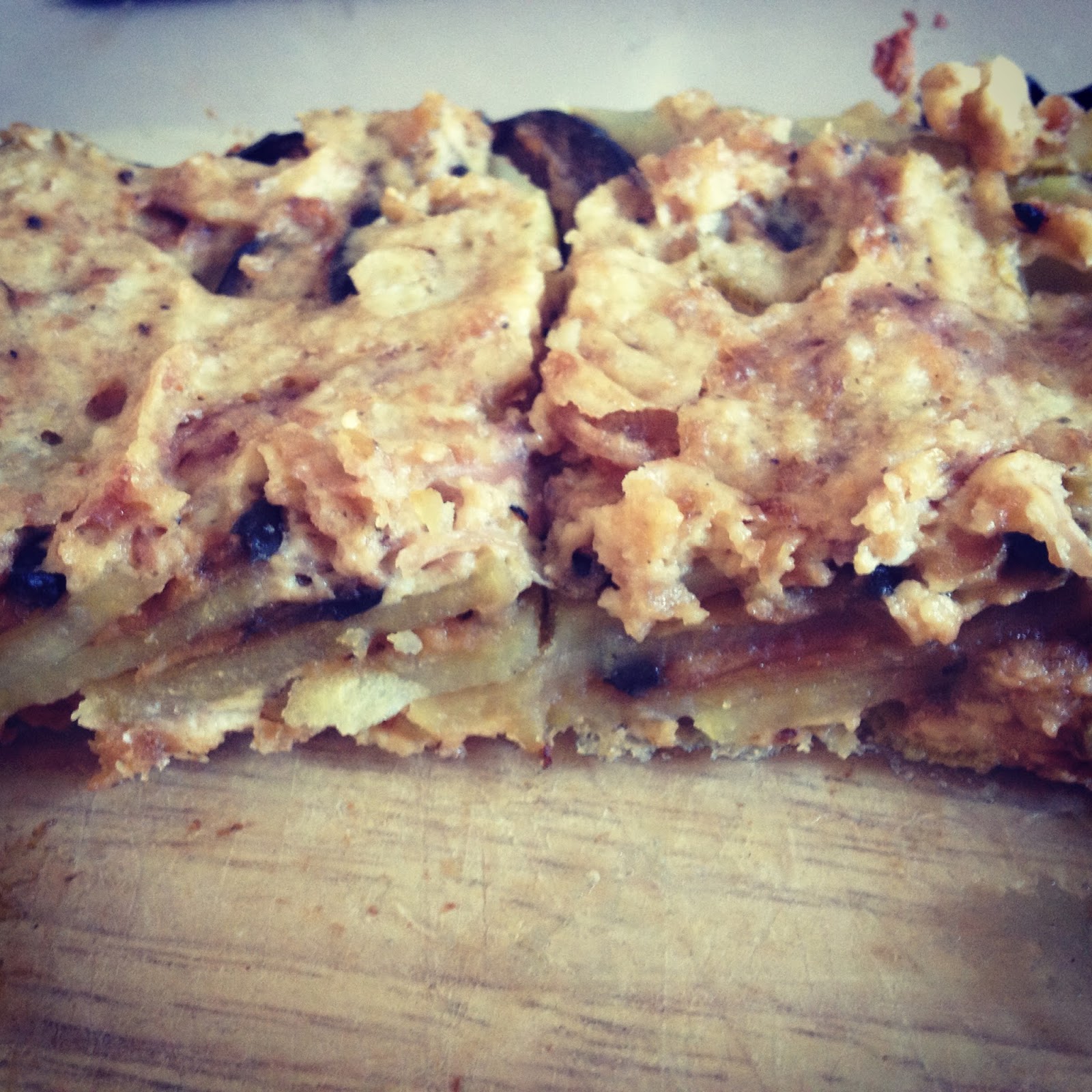 Scalloped potatoes and eggplant 'bacon' - HOLY CRAPBALLS THIS WAS AWESOME - also from 'Veganomicon'.  I'm not sure why things always have to be named after meats, bacon in particular.  Why not just 'smoky baked eggplant?'  Or 'fried tempeh slices'?  Whatever... 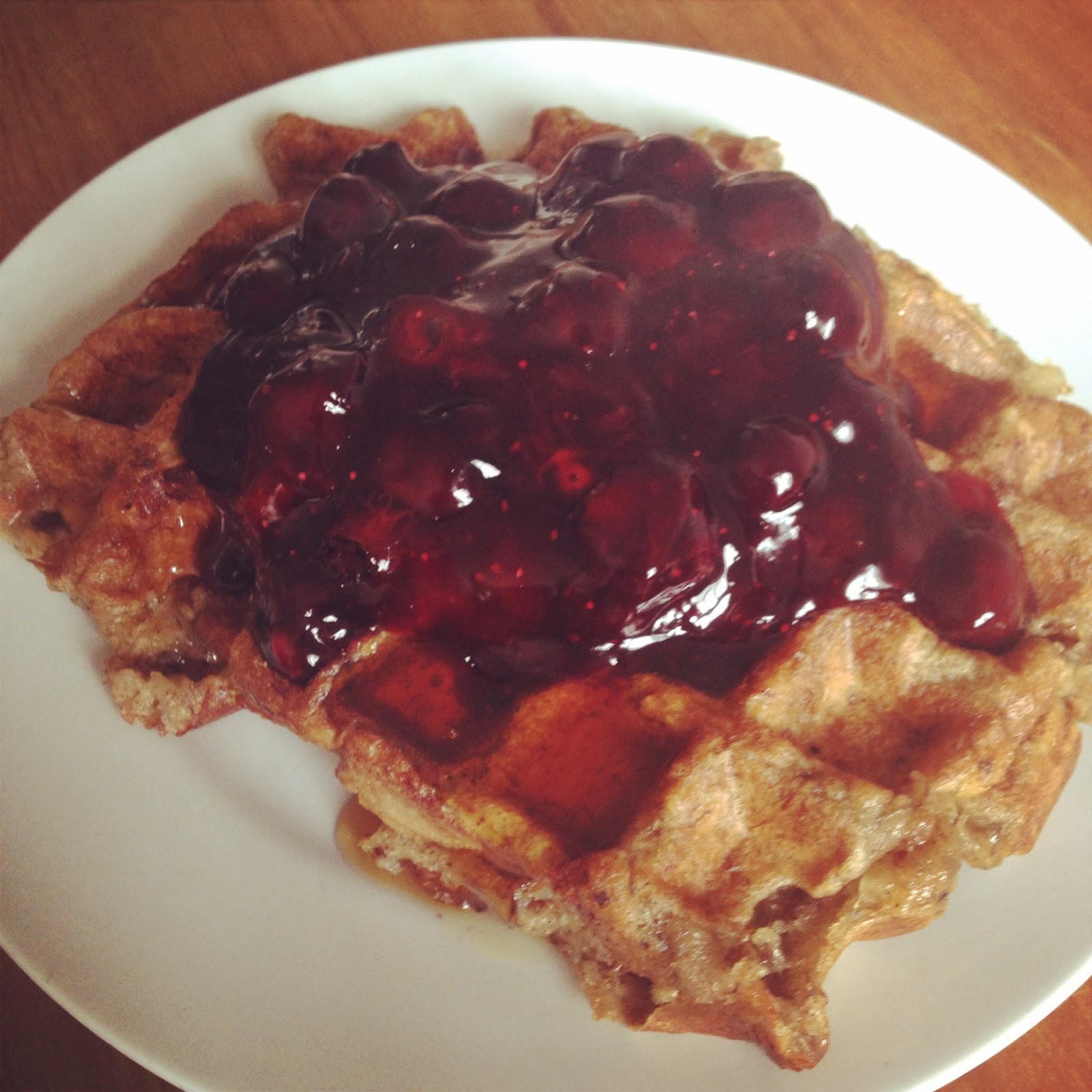 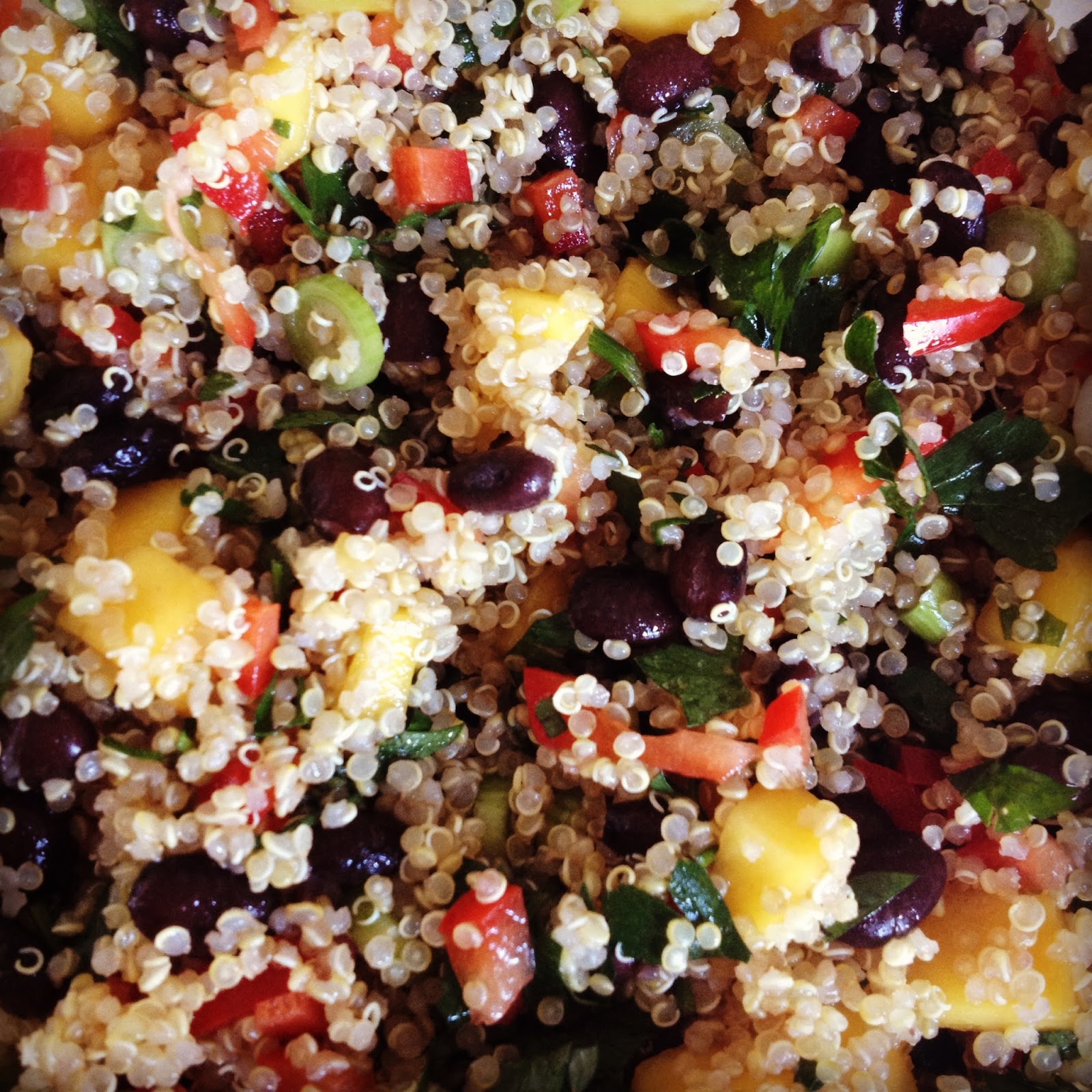 Quinoa salad with black beans and mango - let's all say it together: 'Veganomicon'!  Recipe also available on the PPK website, which is where I found it the first time I made it.  Love this salad.  Although I sub in flat leaf parsley for the coriander, because ew, coriander.

I have some fabulous plans for meals this week too - looking forward to the Foodbox delivery!  (More blackberries, yum!!)  For now though, I'm trying to think of a good excuse as to why I would need to buy gluten/dairy/egg free CHOCOLATE hot cross buns from Bakeworks when I already have a pack of the fruit ones (and just finished another six-pack in two days, omnomnom), go find something else to knit, and keep checking the Open Polytechnic website periodically.  I hope your week goes a little more smoothly than mine have of late :)
Posted by kreachr at 10:57