Fun with friends and family - what a weekend is all about

Saturday
In an attempt to drag our kids away from electronic devices at least once a weekend, we have decided to start searching out some of the walks and park areas in and around Auckland to explore.  This Saturday, despite the less-than-sunny weather forecast, we bundled the kids up in the car and went for a short drive to Oakley Creek in Avondale.  I have driven past this so many times and never noticed it was there, but found it earlier in the week while searching for walks with waterfalls in Auckland - it was listed on PlanMyPlay (I site I will be revisiting frequently, I think).  Naturally, the boys (well, X) put up quite a fight about having to venture outside and away from the screens and controllers, but eventually we managed to have all four of us physically in the car, and away we went.  Only a ten minute drive from our house via the motorway, it wasn't long until they were actually enthusiastic about exploring the outdoors and we were off on our walk. 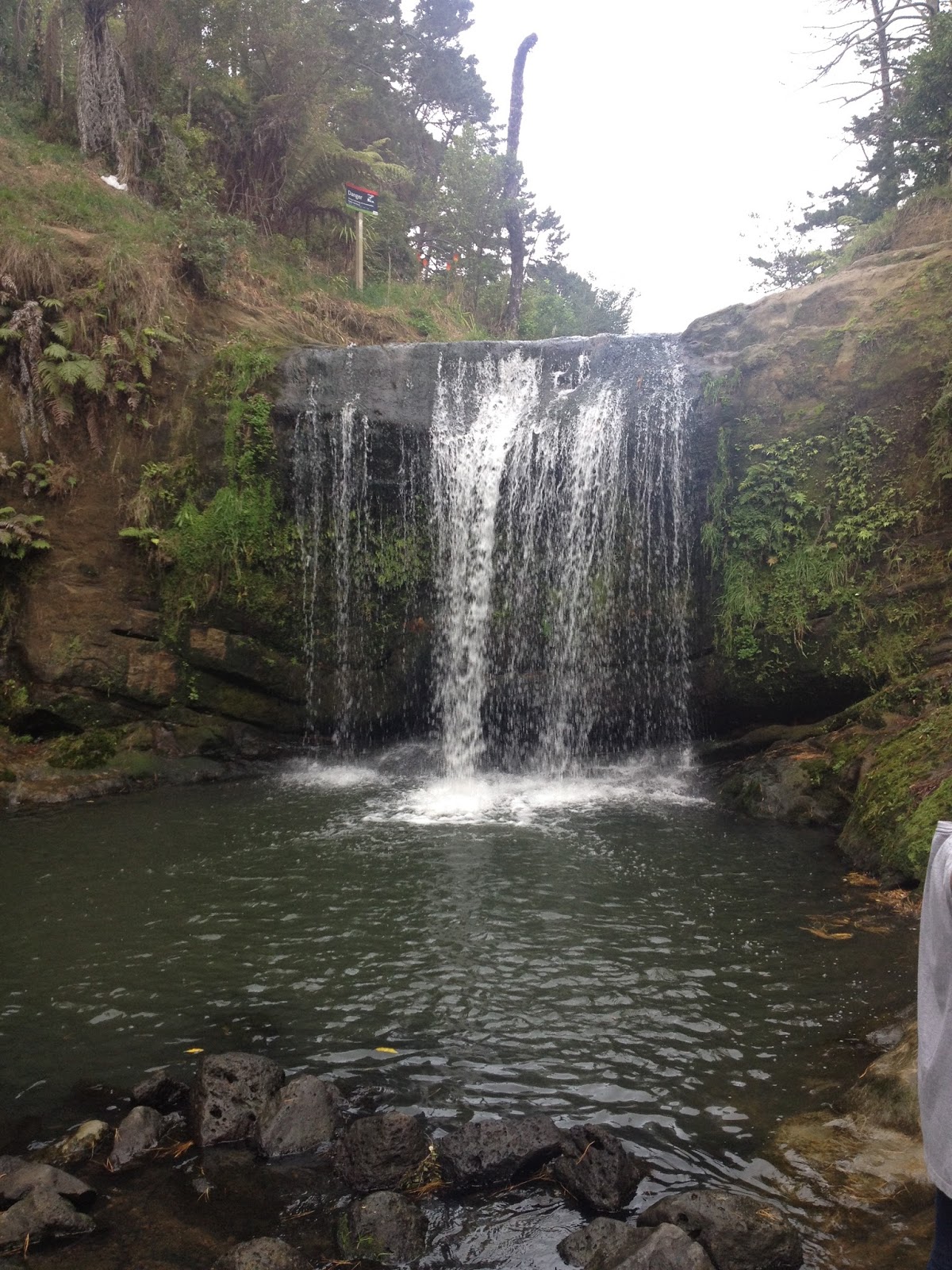 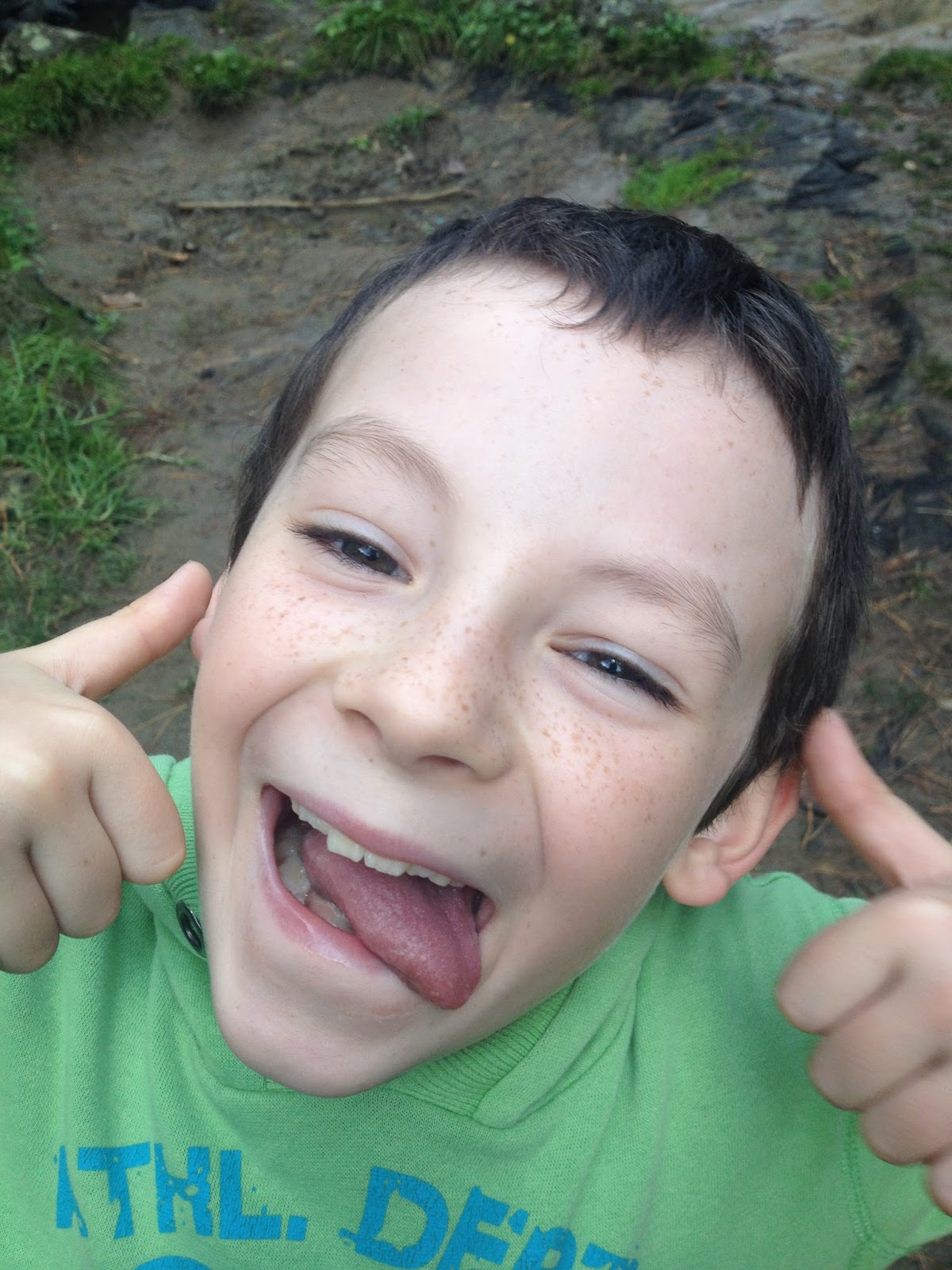 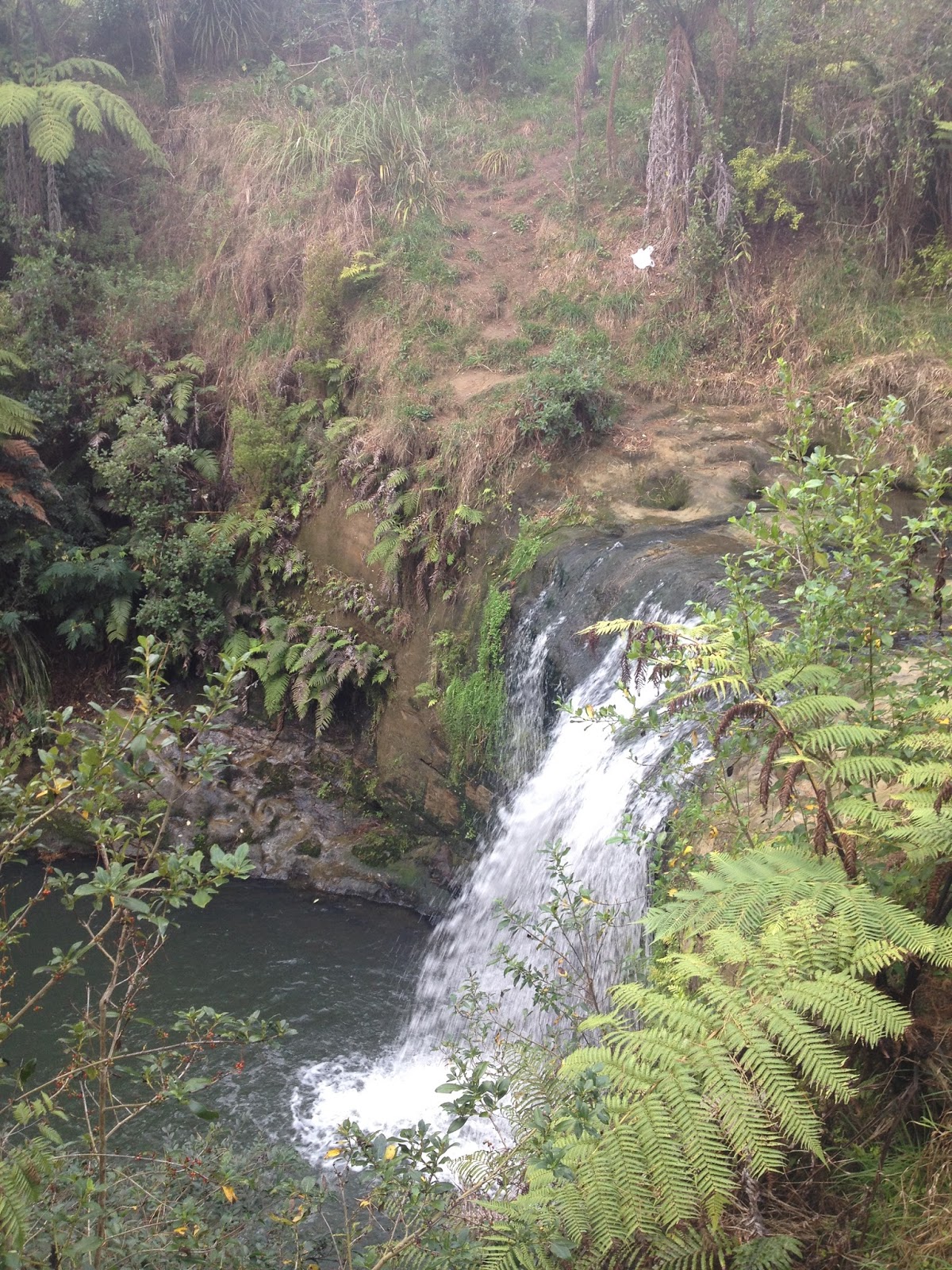 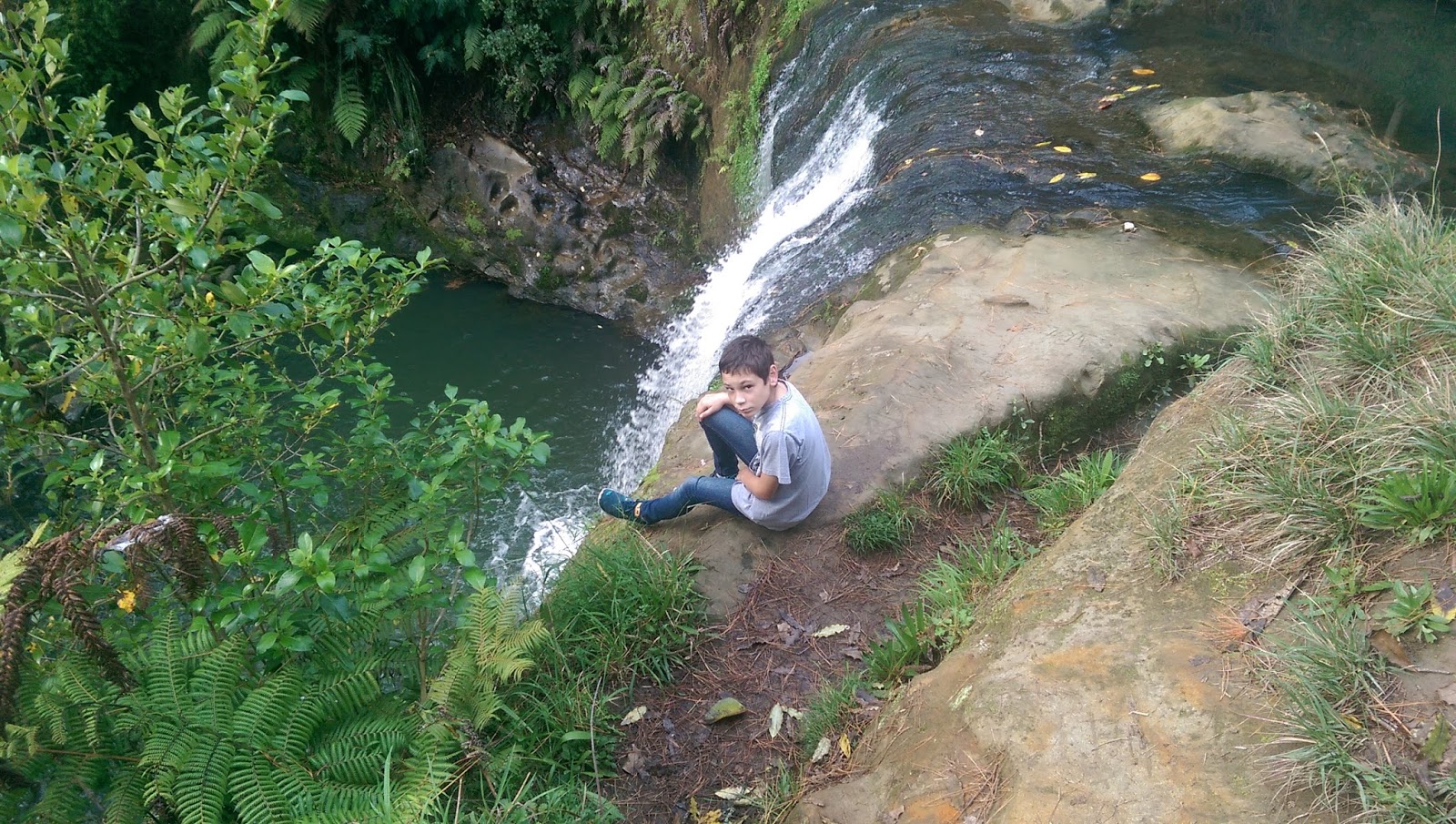 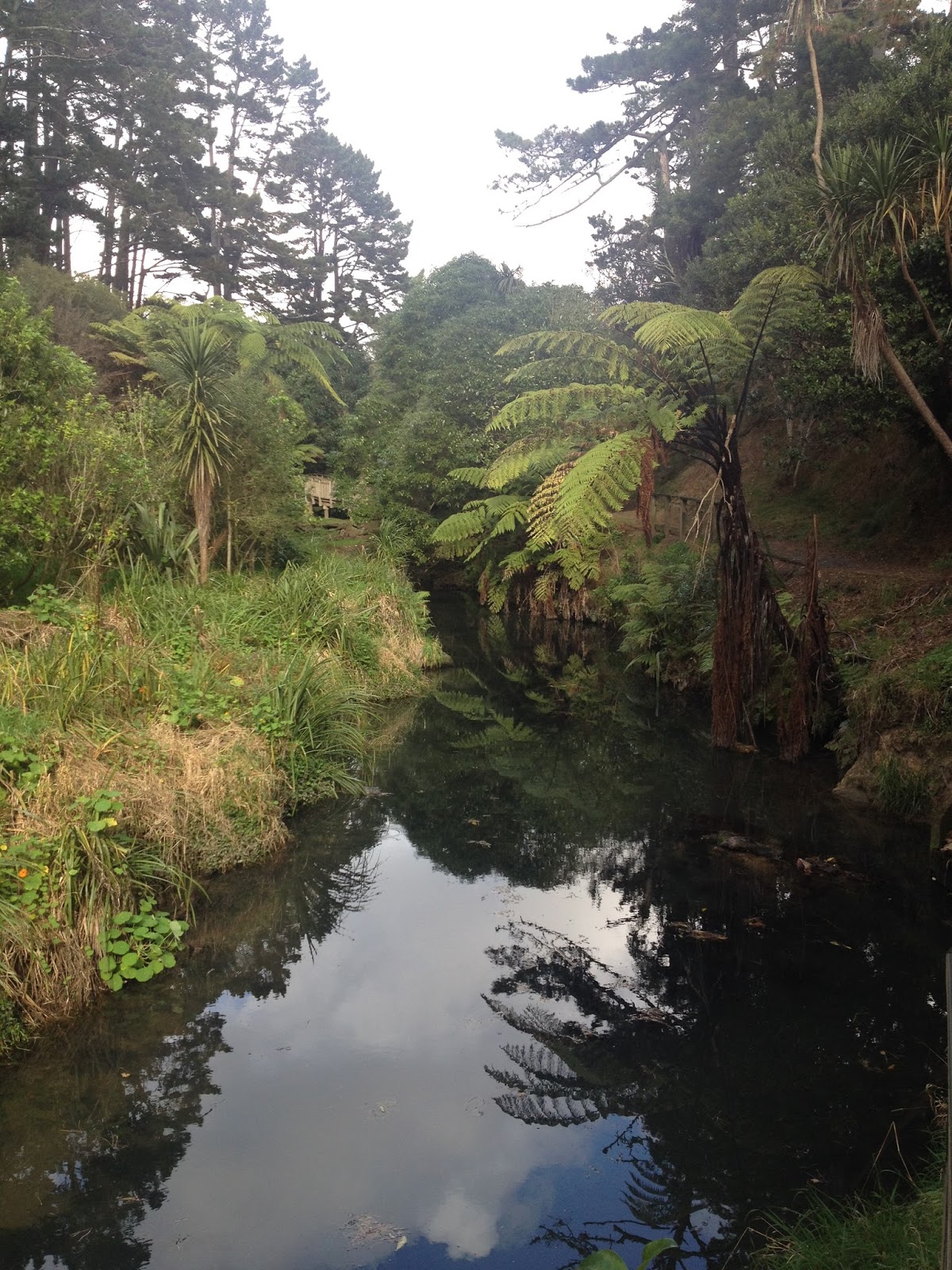 It was a surprisingly lovely, quiet spot.  There were even ducks!  The boys enjoyed bouncing around all over the place.  We ended up at Heron Park and they played on the playground for a while until it started raining, which was our cue to leave.  I had a laugh at the toilets there - they talk to you, and play Burt Bacharach instrumental music while you're peeing!  Classy ;)

Deane was keen to stop in to a restaurant for lunch, that he'd been wanting to visit for a long time - Love A Duck in Mt Eden.  Not bad, but the name is kinda weird...

I spent the afternoon sewing a pair of pajama pants - I'd seen a pic on Pinterest and followed the info to a book by Amy Butler called 'In Stitches', which I borrowed from the library.  I had enough of one fabric print that I'd bought in Thailand years ago to make a pair, and here's the end result (terrible photo, sorry - it's been instagrammed): 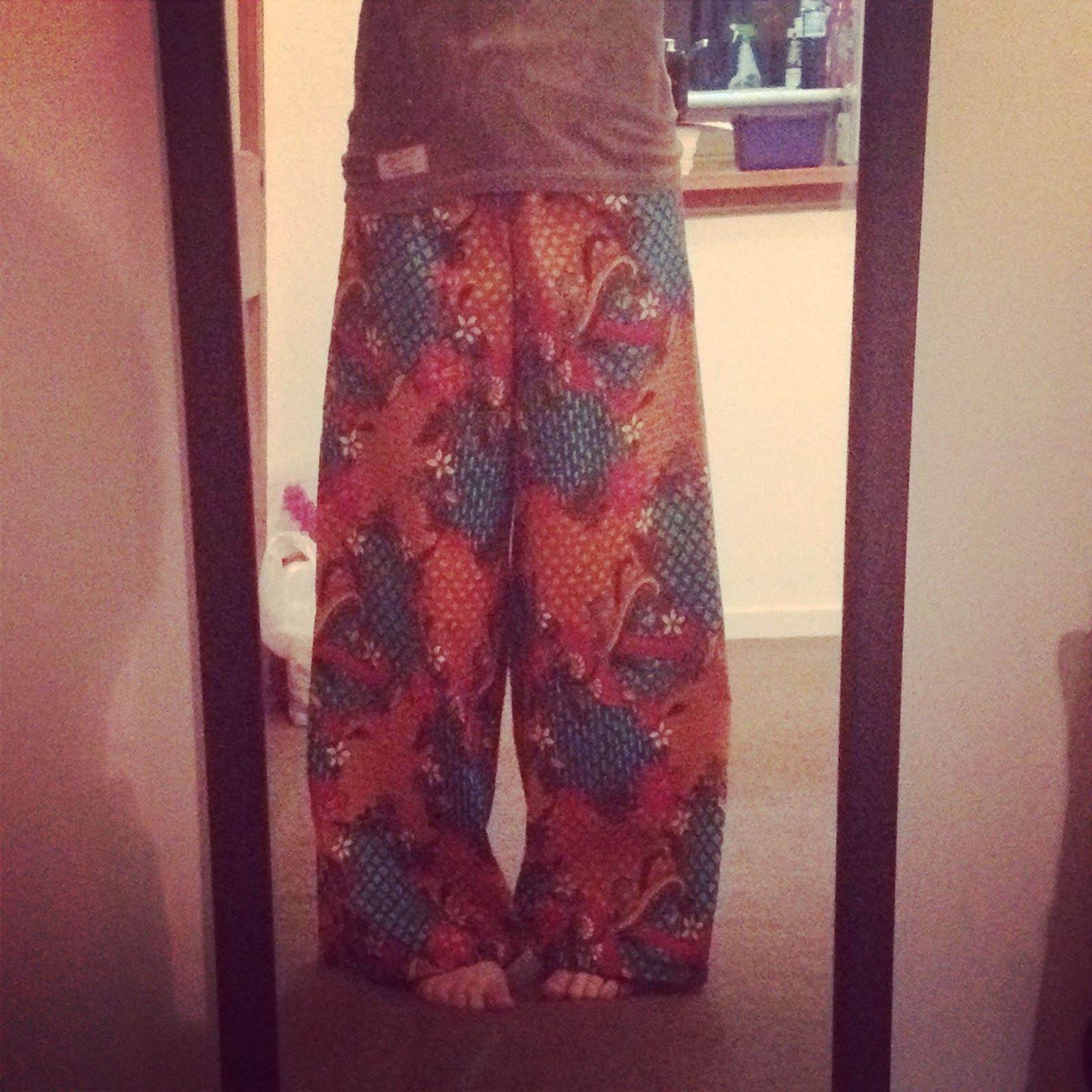 They're big, wide legged, and super comfy.  Although it has a drawstring, I may put elastic in the waist instead.  Or make another pair with elastic, because I luuuuuurve them.  However that would require buying more fabric...

We watched 'Over the Hedge' after dinner before putting the boys to bed for the evening, to finish off our family day.

Sunday
The alarm went off at 6am.  Actually, I woke up before the alarm and turned it off before it started beeping.  It had been pouring with rain overnight, so I was wondering if our run would be called off.  I got up and sorted out my trail running gear, ate a banana and had a cup of tea, then waited patiently for Martin to come pick me up.  We met a bunch of others at Piha, and the weather had cleared enough that we decided to head off for Bethells. 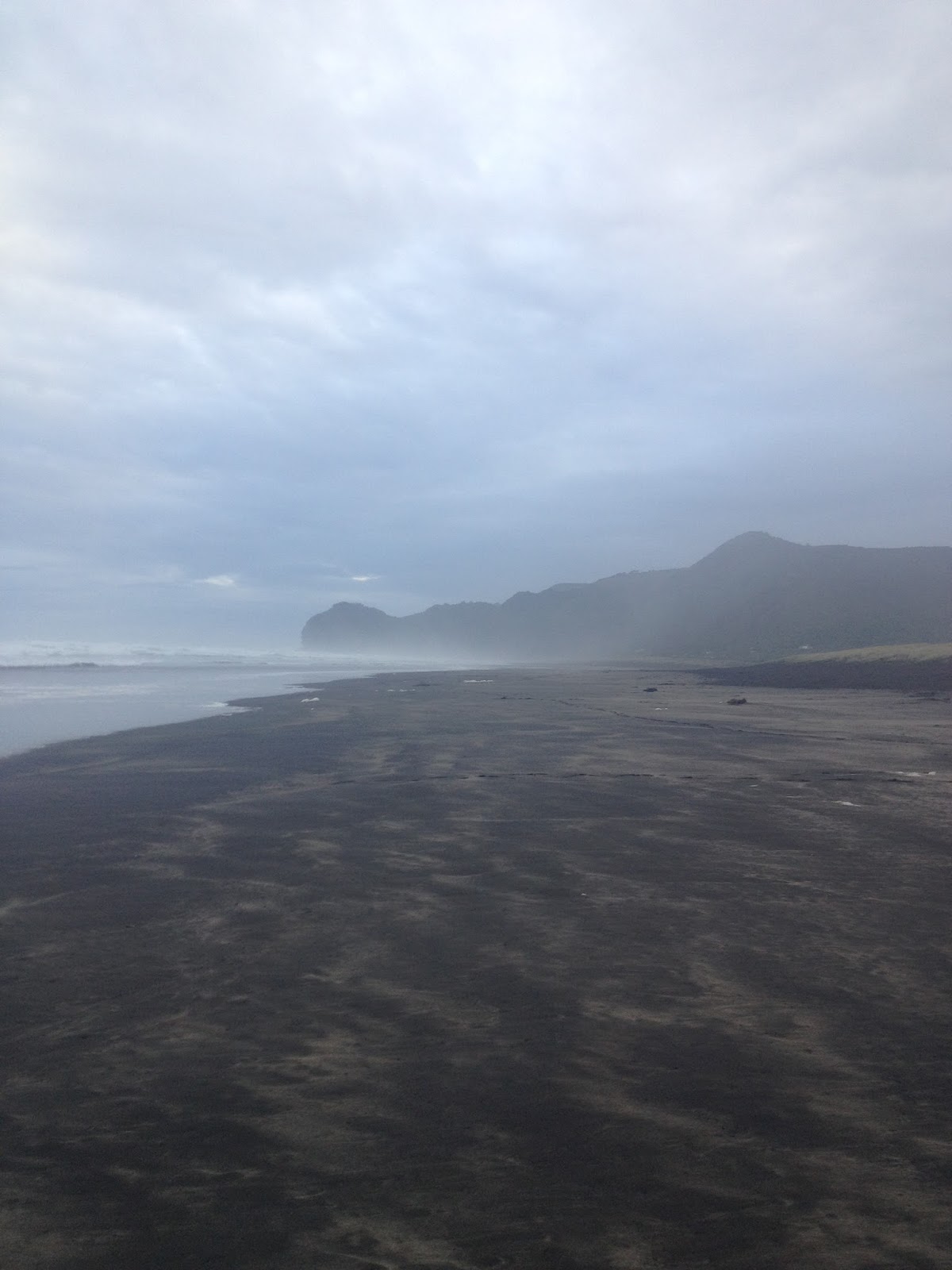 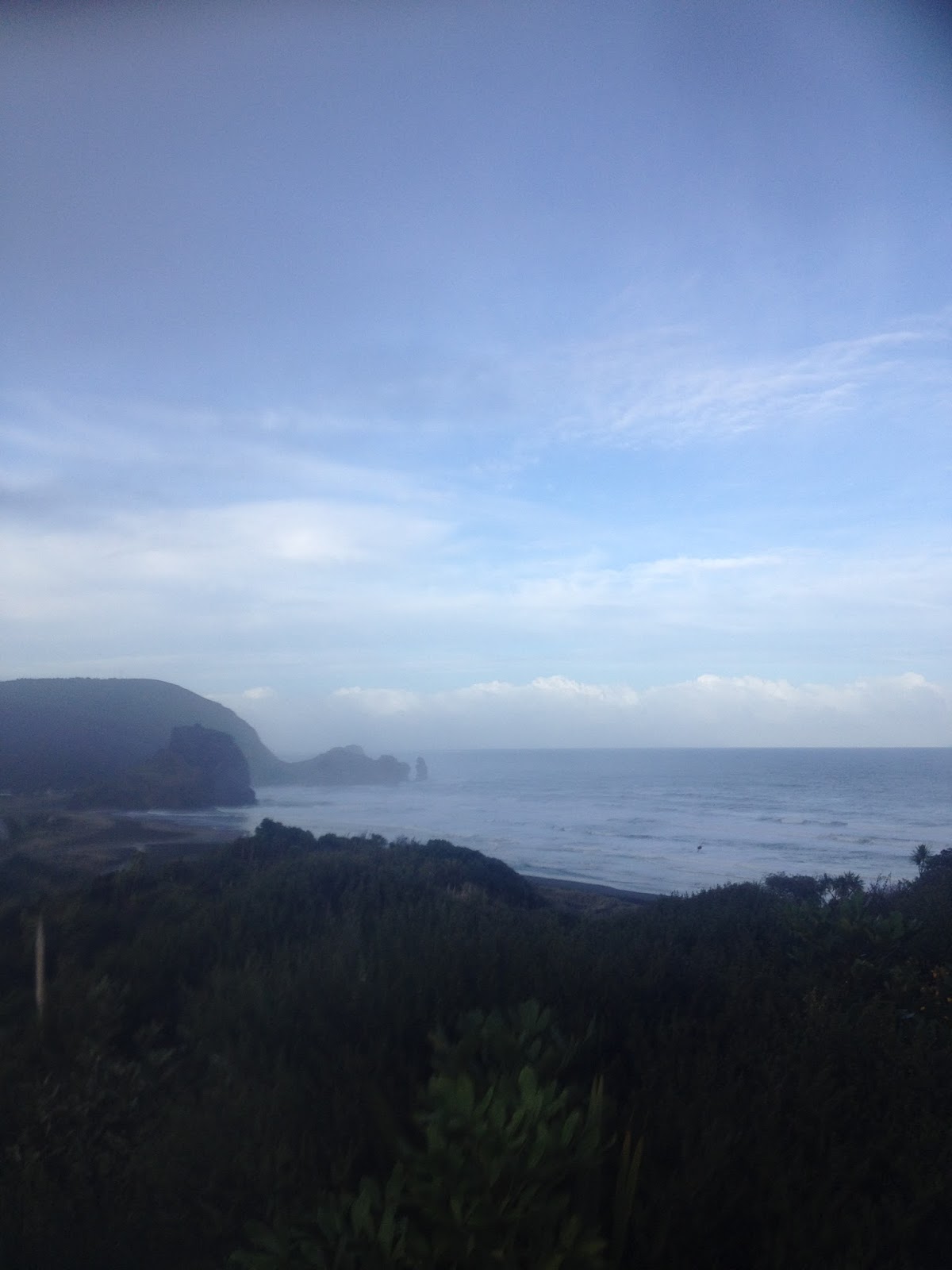 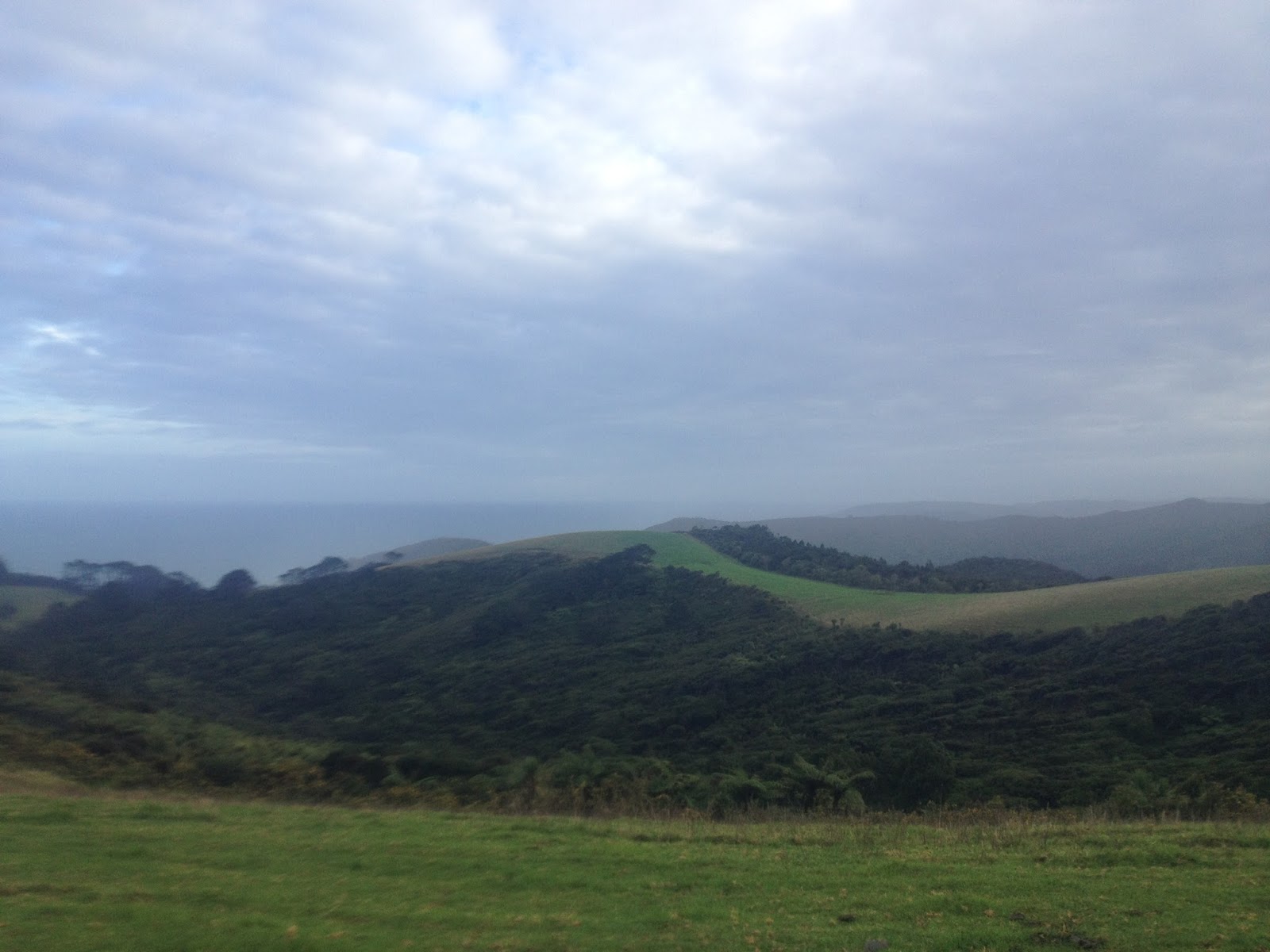 My photos came out a little funny because I had my phone in the waterproof cover and I wasn't very good at making sure the camera lens had a clear shot.  The waterproof cover wasn't really needed because it didn't rain, nor did I slip and fall during any of our stream crossings.  However, if I didn't have it, both would've been likely to happen, so whatevs.  Next time though, I'll probably take my phone out before taking pictures.  I had some good shots that were blurred, streaked, or blacked out on one side from the cover :( 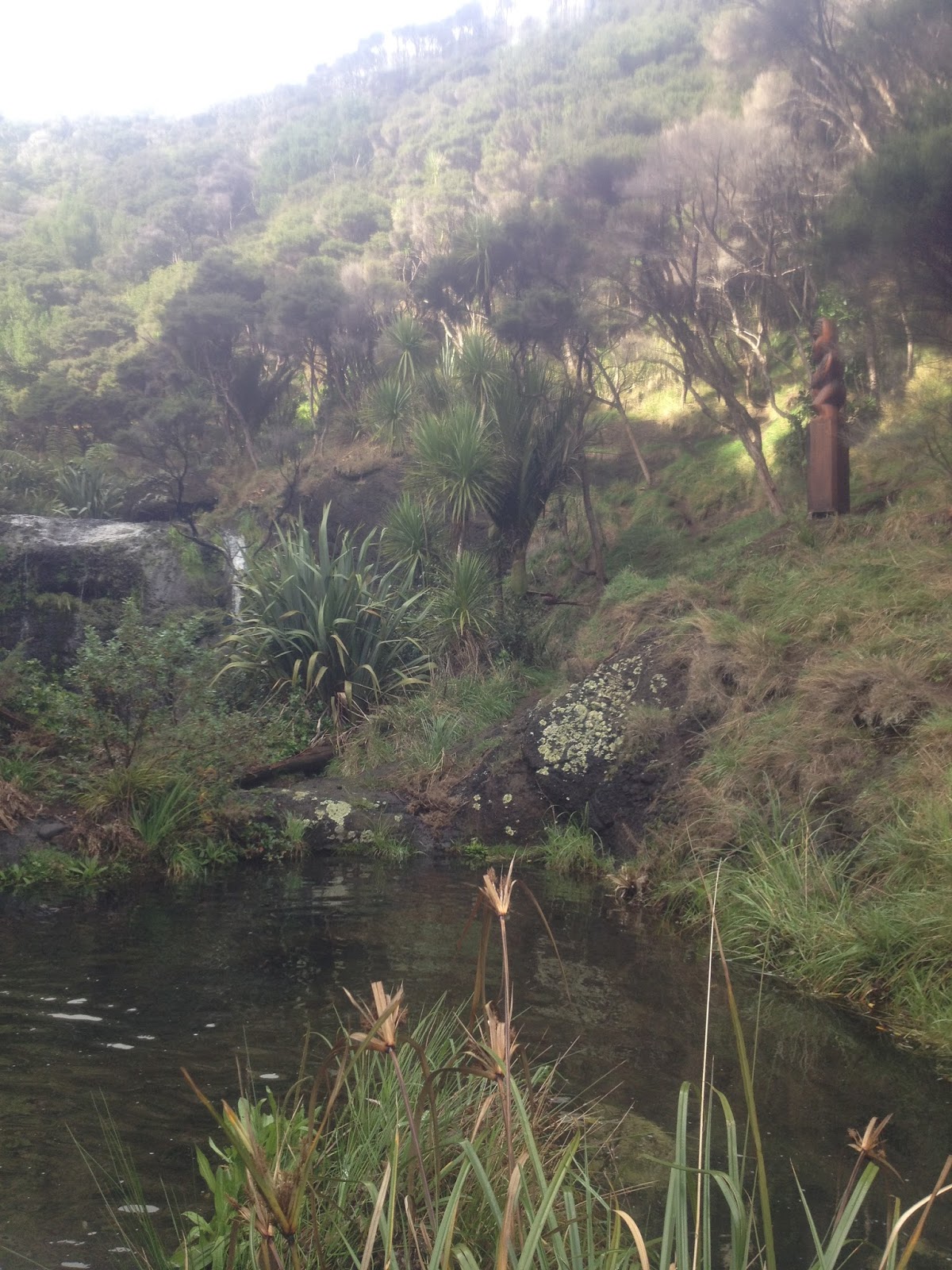 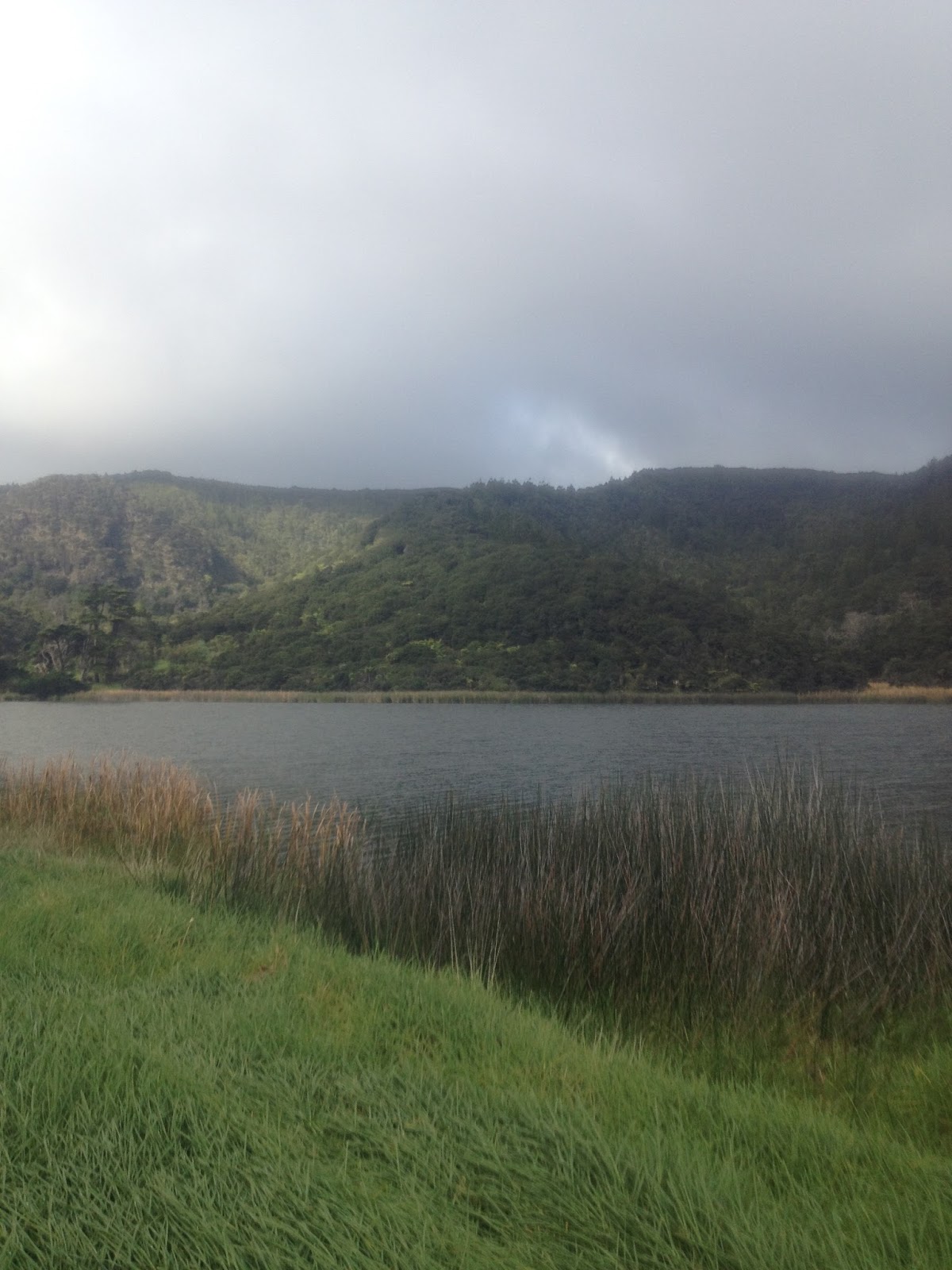 That's not important though.  We had a great time, although there were some hairy moments with slippery mud sections on some of the downhills (and uphills) - several of the group ended up with muddy butts from slips.  I managed to escape relatively unscathed in that department, although managed a few short slides as well.  The highlight of the run was definitely Houghton Track - plenty of tree cover, the trail is mostly underbrush with lots of tree roots to prevent mud buildup.  There was a bit of a muddy patch in the middle, but we all managed a pretty quick descent.  By the time we got to Bethells, Marty and I decided to skip the return run - he'd been battling a head cold all week, and we were both hanging out for coffee - so we all piled into cars and headed to Swanson Station Cafe for lunch. 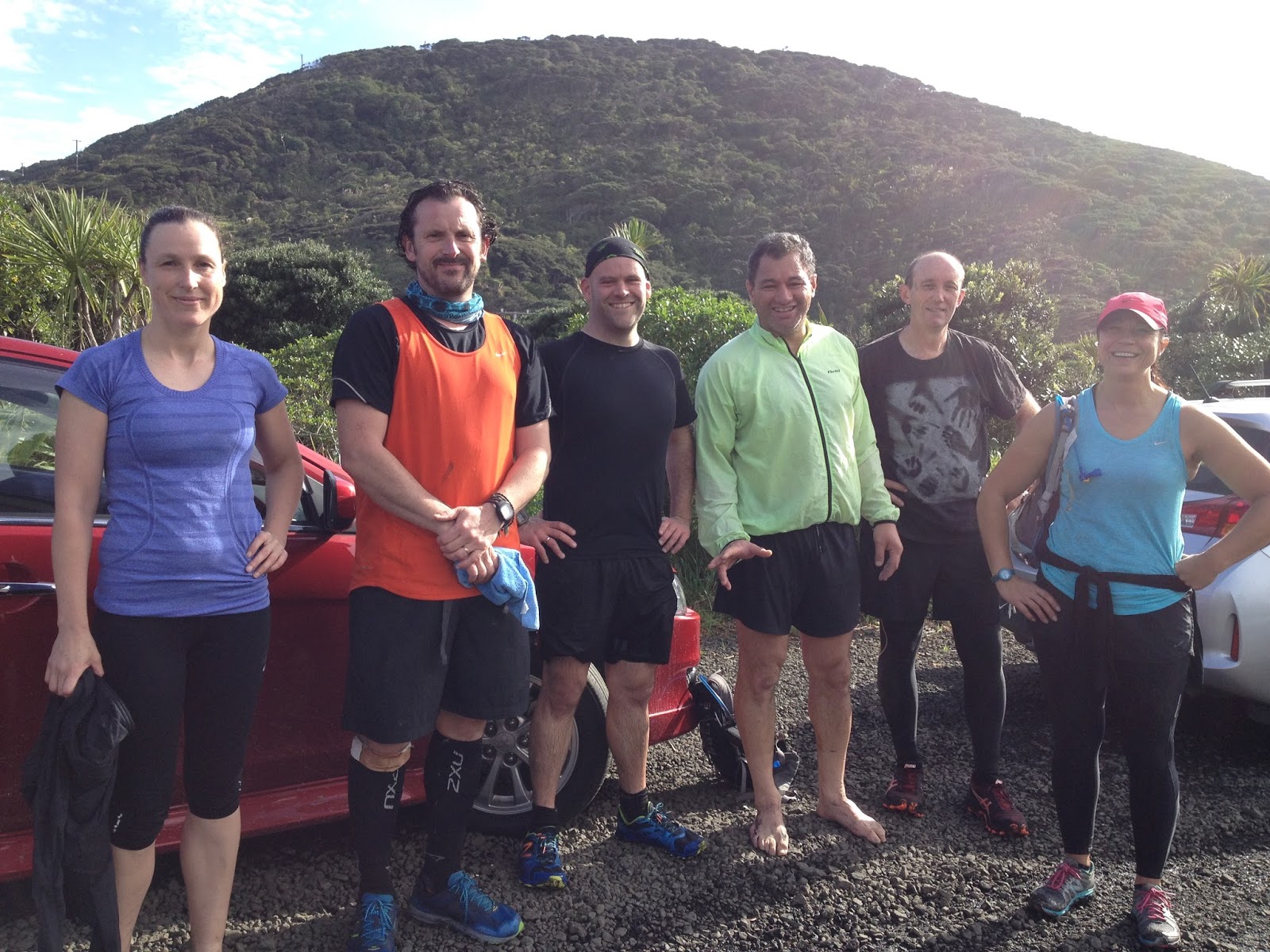 Deb, Richard (we met that morning), Marty, Ant, Rob and Jane, at Bethells after our 17km run

All up, a pretty good weekend in my opinion :)  Now, it's Monday and I have an assignment to get done.  Best get on to that, it's due Thursday!  Enjoy your week!