After speaking to the student adviser last week and discovering that the über-challenging level six paper is stand-alone in the enormity of the assignments, I've decided to continue studying two papers per trimester (and one over the summer trimesters, because who wants to be studying all Christmas and New Year holidays?).  I began work on the giant assignment of doom on Tuesday morning, and am going to try my best not to stress out about it.  I have 13 days left to complete it, so I'm just going to focus on little chunks at a time and work methodically through it, rather than looking at the whole thing and becoming overwhelmed.  At least until the revising and editing stage, when you kinda have to look at the overall bigger picture to make sure what you've written actually makes sense.  Theoretically though, by that stage the work will be mostly done and I won't be on the edge of panic any more.  Hopefully.  I'm also pretending that there isn't just a week left afterwards to finish the last assignment for my other paper.  The freak-out for that can happen after I've finished having a heart attack over this one.  Hooray for study, and trying to better oneself!  Ah, life is a journey...

Speaking of journeys, I wanted to share a very inspirational one with you.  Not one that I am embarking on, for I am a lesser being, but one that is being undertaken by the astoundingly impressive, kind-hearted, amazing Malcolm Law (I am surmising, since I've never actually met him).  He has already achieved great things (seriously, read his book), and continues to set seemingly unattainable goals (at least to mere mortals).  Next year, he will be completing his biggest challenge yet - to run 50 peaks in 50 days, the equivalent of 50 trail marathons, taking in all the mountain ranges New Zealand possesses - this challenge is named the High Five-0.  Now tell me that isn't freakin' impressive!!  Not only that, he has set a goal to raise $250,000 for the Mental Health Foundation of New Zealand.  He's already a quarter of the way there, and has been training his butt off in preparation for the challenge.  It runs from 31st January to 21st March 2015, and he'll be travelling up and down New Zealand - both the North and South Islands - and running.  Every.  Single.  Day.  He won't be alone, because he'll have plenty of support runners and support crew along the way.  I will not be one of them because seriously OMG cannot run that far, but my friend Martin will be joining him for two or three days.  Apparently support runners are allowed to sign up for a maximum of three days - only Malcolm will be running the full 50.  Ha!  I probably wouldn't even be able to manage one...  But what I'm really excited about is the fact that my friend Vera (hmm, more like acquaintance... Don't want to sound all overzealous and stalker-like, I've only met her twice!  But she's awesome.  Okay, enough waffling!) will be going along for the ride.  She'll be reporting on the entire 50 day challenge and will undoubtedly do so in her usual hilarious, honest, incredibly entertaining style (check out her blog - soooo funny!).  And if that wasn't enough, she'll be running the Tarawera Ultramarathon 100km right in the middle of it!  Words cannot express how blown away I am with impressedness (yes I am aware that isn't a real word).  Amazeballs.  People.  Just... People.  So freaking awesome.  I need a moment... (Deep breaths).  Okay.  So, if you want to donate to a good cause, feel free to hop on over to Mal's fundraising page.  While you're there, you can check out all the places he'll be running, and just be amazed all over again.  I know it's still months away, but I can't wait to read the reporting on it!  This time though, I'll try not to make a dick of myself by saying "Hey Vera, when are you going to be posting about [insert event name here]?  I'm dying to read all about it!".  Jeez, pressure much?  I did that to her when I saw her at The Hillary in March, re this year's Tarawera Ultra (she ran it.  In a freakin' cyclone no less.  And it was her first ultra.  Just... awesome.  *End fan girl moment*).  I shall wait patiently for information, and keep an eye on progress through Facebook and Twitter.  Social media - it's not all bad ;)

Now for much less impressive challenges, I've been getting in to the 50 Days of Winter Running challenge which started on the 1st June.  Yes, it's only the 4th June now, but still... Day 1 was a leisurely solo 19km run through Mt Eden, Cornwall Park, and the streets in between. 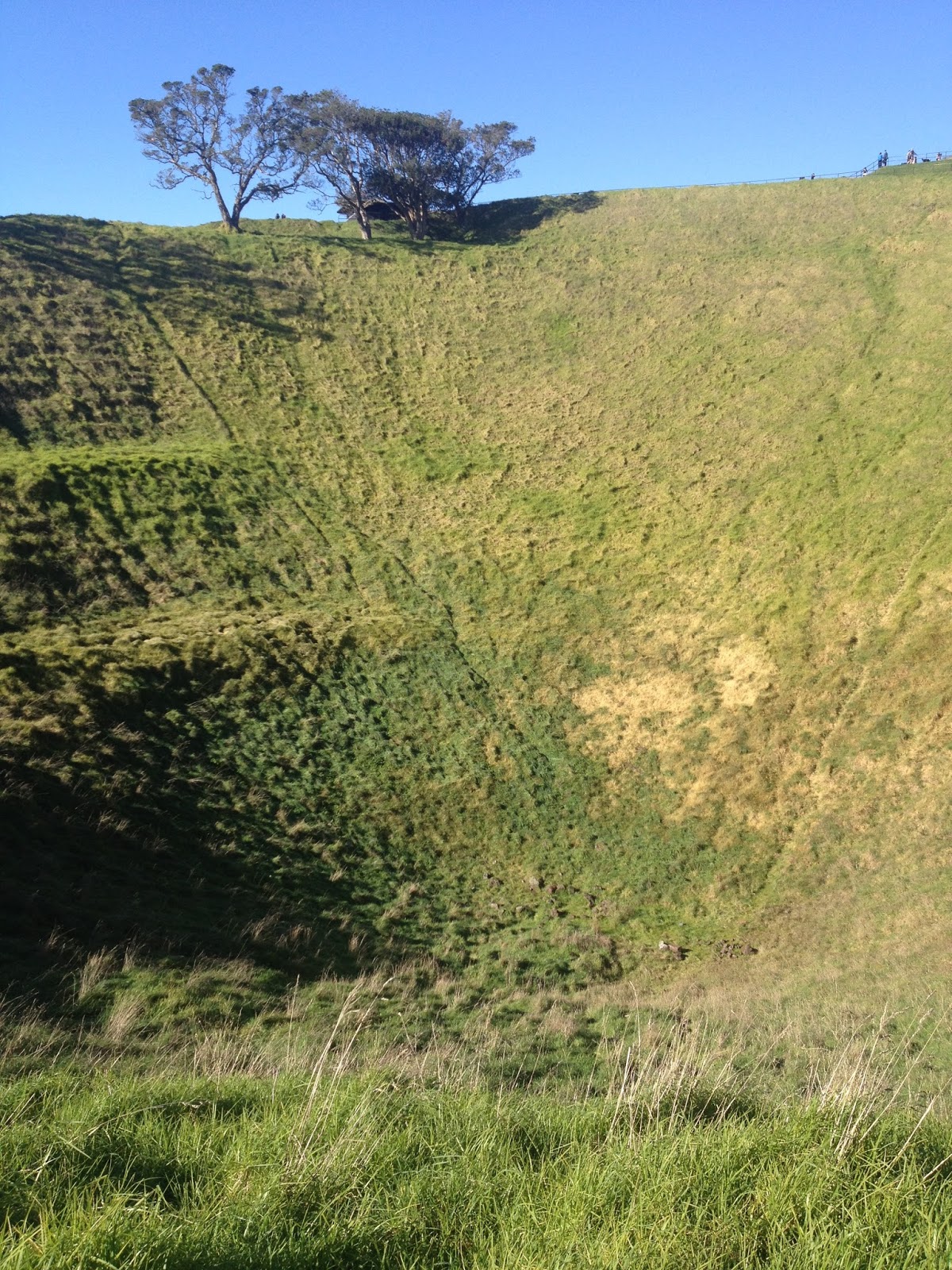 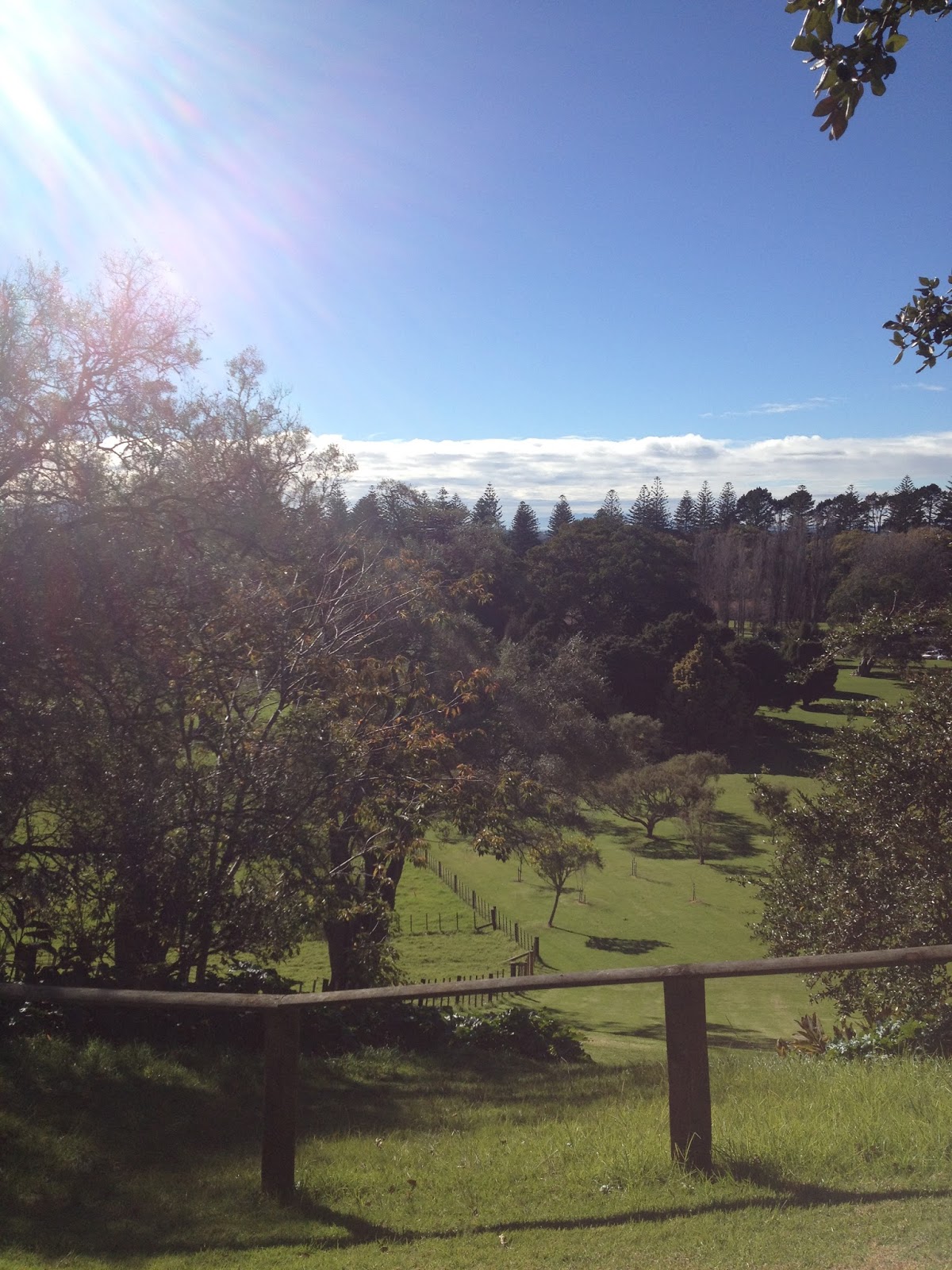 Cornwall Park, from a slightly different view than usual, looking rather pretty in the lovely weather 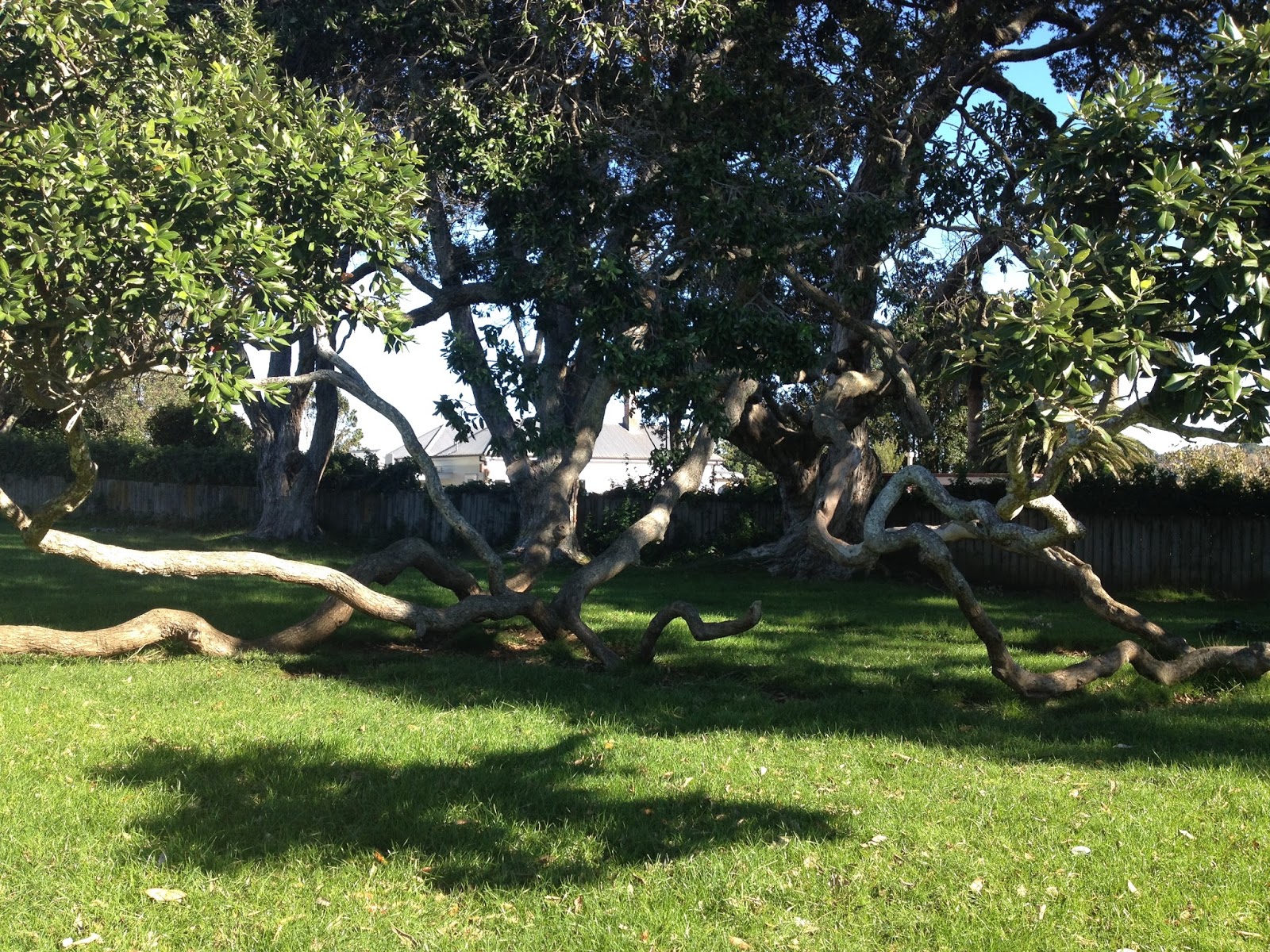 I love this gnarly old tree :)

Day 2 was two days worth of ab, burpee, squat and push up challenges, because I didn't do them on the first day (19km run, y'all).  I also threw in a little cross-fit circuit training workout I found on Pinterest - that'll be my mini workout for the days I don't run.

Day 3 was a 12km run in the early morning before the kids got up.  I love running before sunrise.  Sadly, sunrise isn't until about 7.20am now, which means I end up missing it and all my photos now look like this: 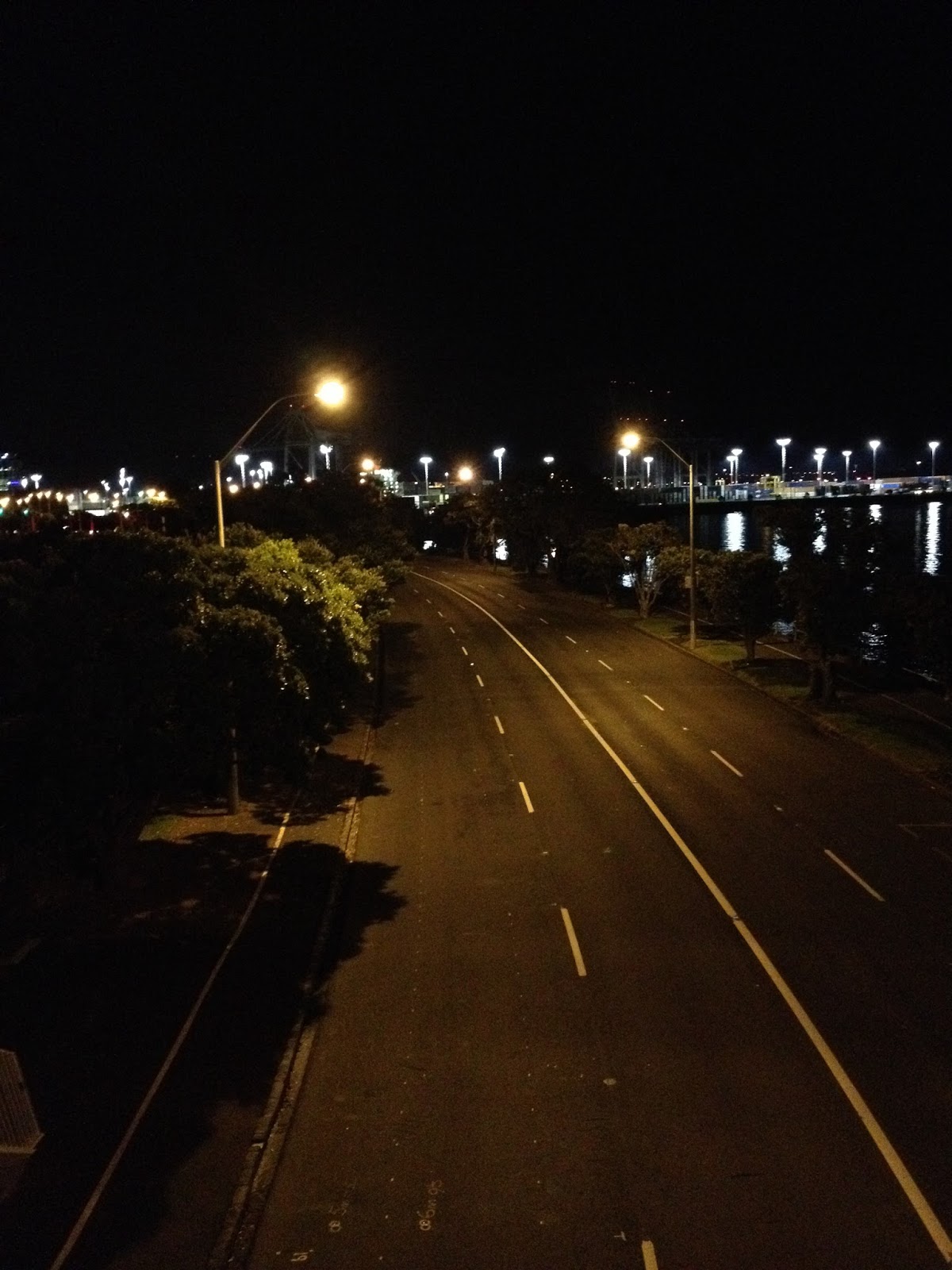 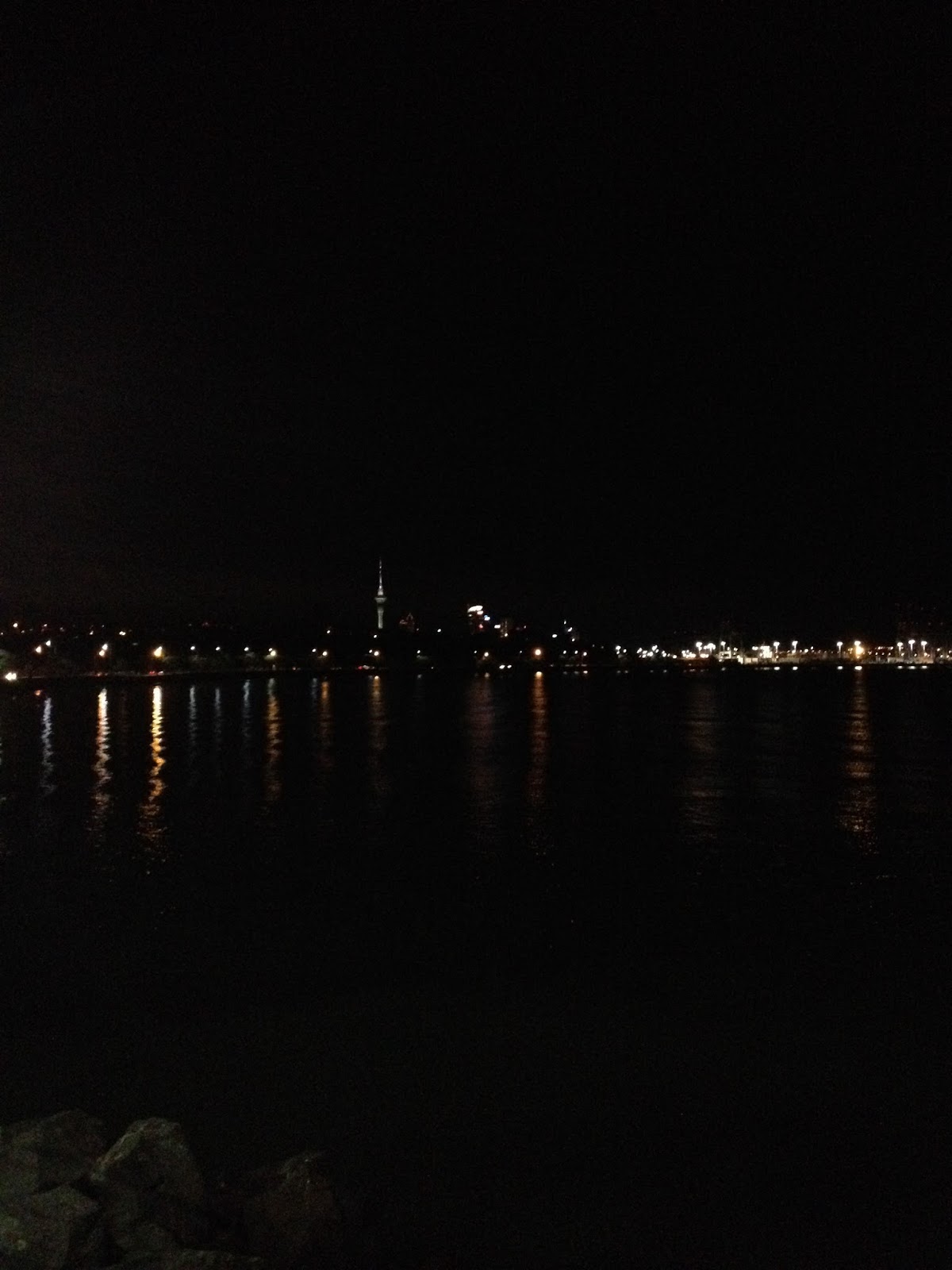 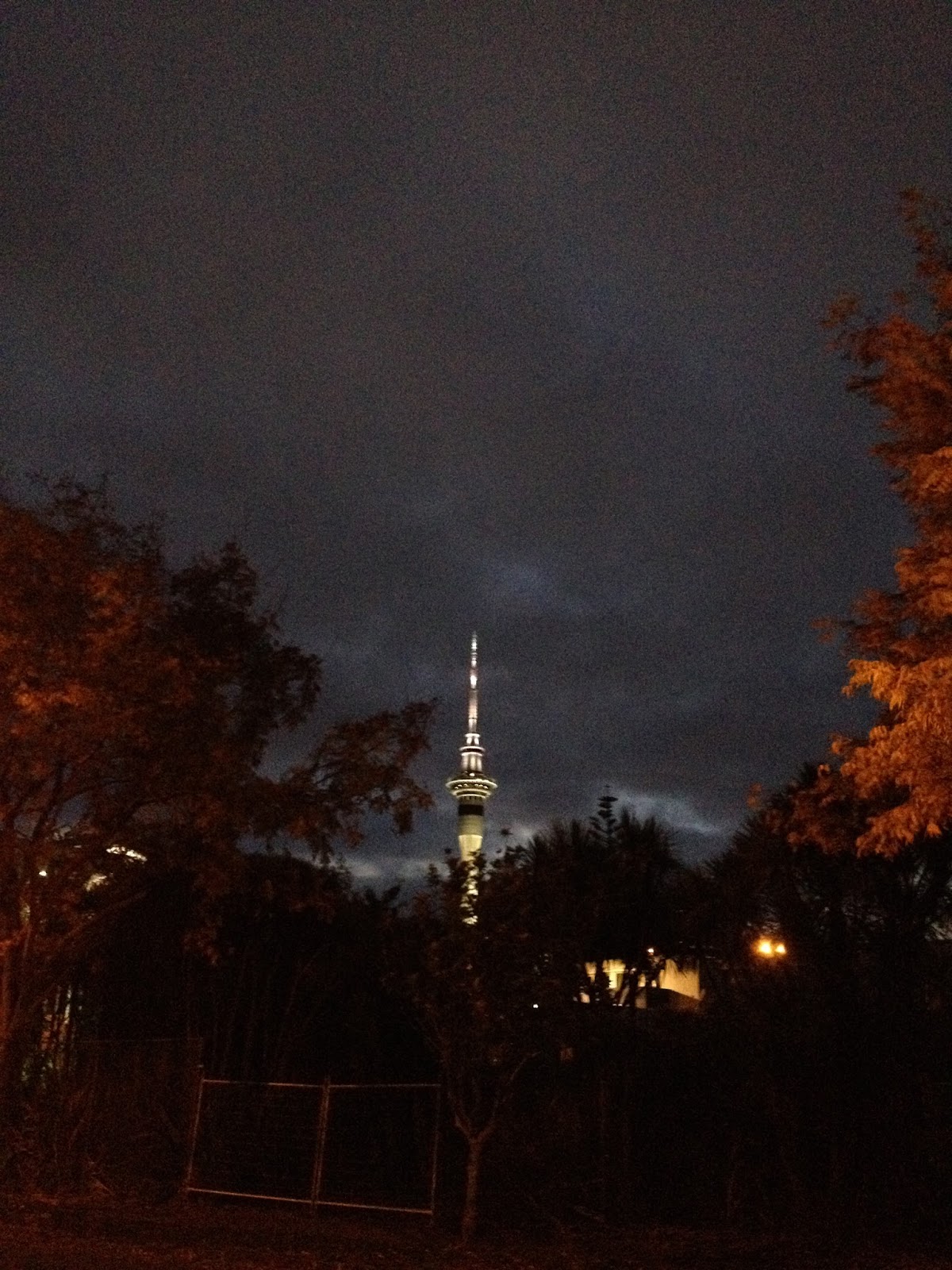 You know it's early when the Sky Tower is still lit up when you arrive home after your run!  Yay for winter ;)

Today is Day 4, and I think it'll be a yoga day.  I haven't done any yoga for ages.  Not to mention my muscles are really feeling the ab and squat challenges.  Definitely in need of a good stretch!

For now though, I must get stuck in to the giant assignment of doom, lest I run out of time.  Have a good week!
Posted by kreachr at 10:17