My marathon training has officially commenced!  Having said that, it's school holidays and Deane is away all this week (seriously, I'm sure he's moving to Australia without us.  His backup plan appears to be Wellington) so although I managed to squeeze in a slow 6km this morning, that'll probably be it until the weekend.  Helloooooo bike trainer!  We'll be hanging this week, just so you know...

This last few weeks has seen some pretty good runs though.  Even the shorter, mid-week runs are pretty cool.  Last Wednesday my training program called for a 10km hill run, so I decided to visit Mt Eden.  If you take into account the run up Hepburn Street, Newton Road, and Mt Eden Road, then two times up and down Mt Eden before reversing the trip home (which, naturally, also has uphills along with the downs), I'd say it was a pretty good hill workout!  The hill runs for the next few weeks call for 10km or 11km, so I think I'll stick with it for now, throwing in an extra up-and-down of Mt Eden for the 11km runs.  After that the distance increases, so I'll plan a new route.  Friday's run was a 10km PB - 49:39!  Woohoo!

But my favourite training run so far (all of one week in to it) would have to be yesterday's run.  A group of five of us headed into the Cascade Kauri regional park in the Waitakere Ranges, and ran some very technical trails adding up to 19.2km.  The scenery was amazing!  Sadly, my phone is on its way out and died every time I tried to take a photo, so I only got a few along the way, and nothing spectacular like the tramway or the waterfalls :(  We drove to the end of Falls Road, and started along Whatitiri Track, then onto Long Road Track.  We detoured onto Wainamu Bush Track then back along Smyth Ridge Track before joining back onto Long Road Track.  From there we headed along Fence Line Track before crossing the dam at the end of Waitakere Reservoir and running along the Waitakere Tramline Walk, finishing up along Anderson Track.  Such a good run, so much terrain variation (mud, gravel, grass, tree roots, stairs, stream crossings, tram lines, boardwalks, dirt, vegetation... you name it!), beautiful birdsong the whole way, and stunning surroundings.  We were lucky to get good weather - a little chilly, but perfect for when you're on the move! 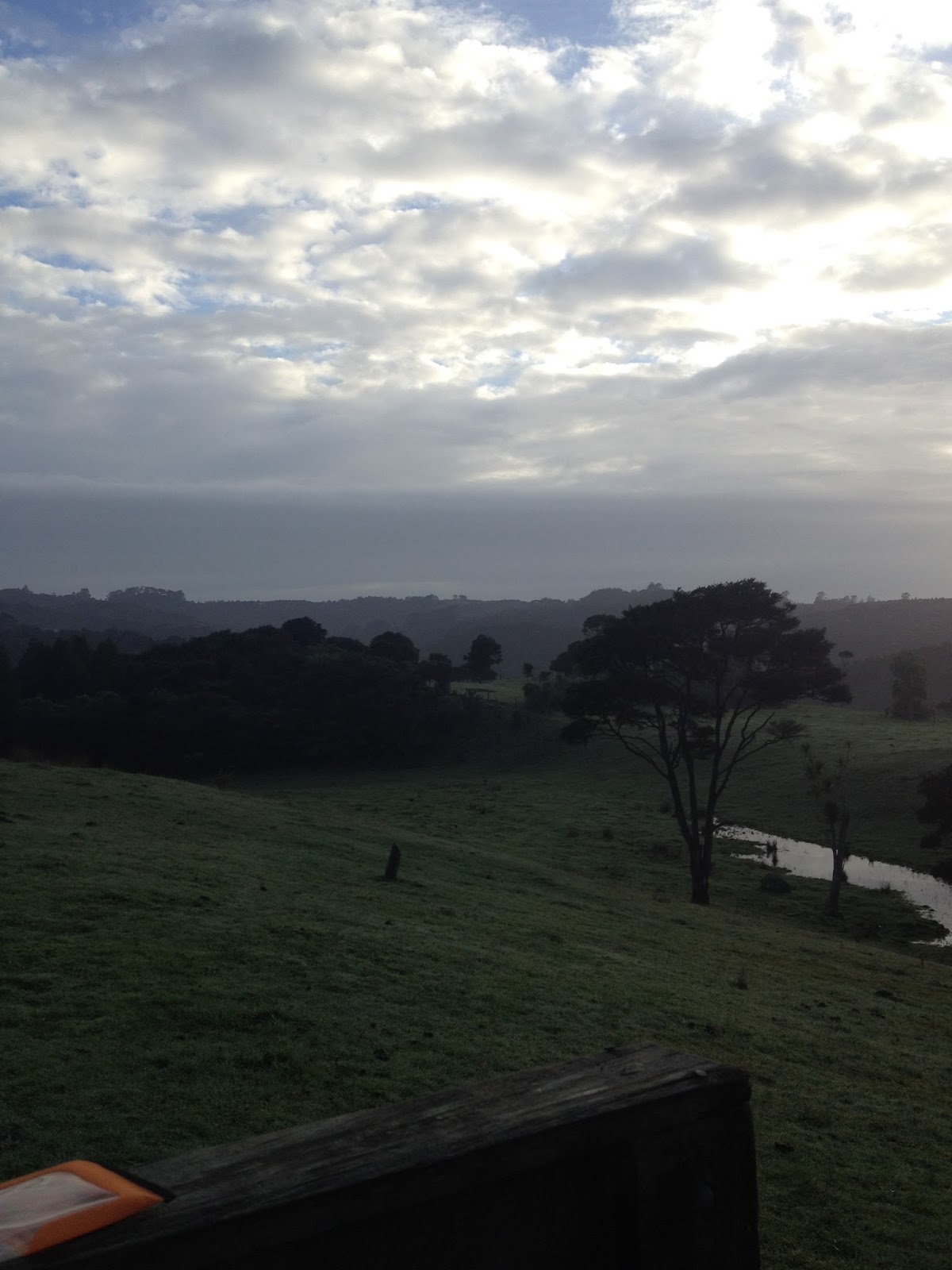 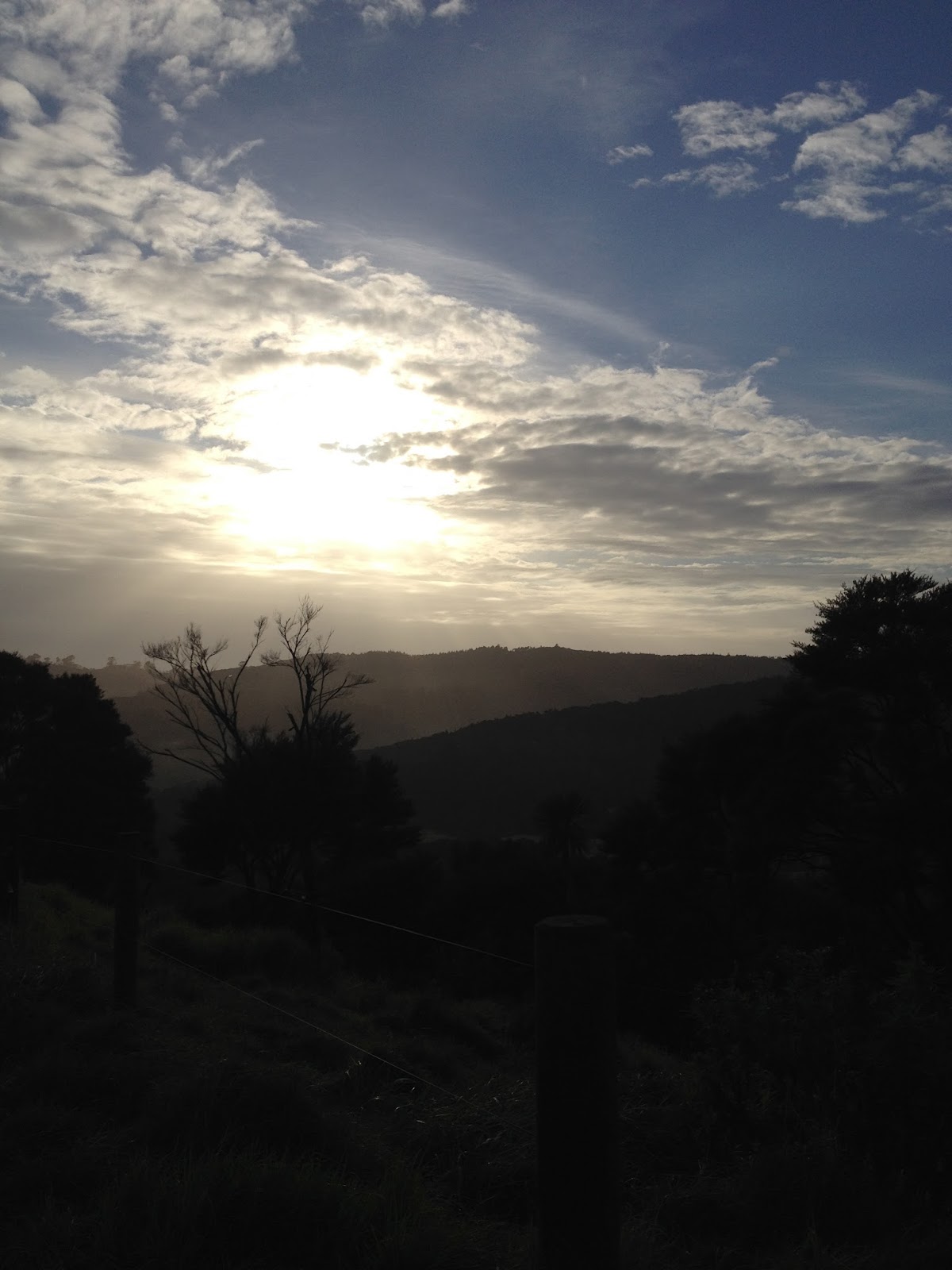 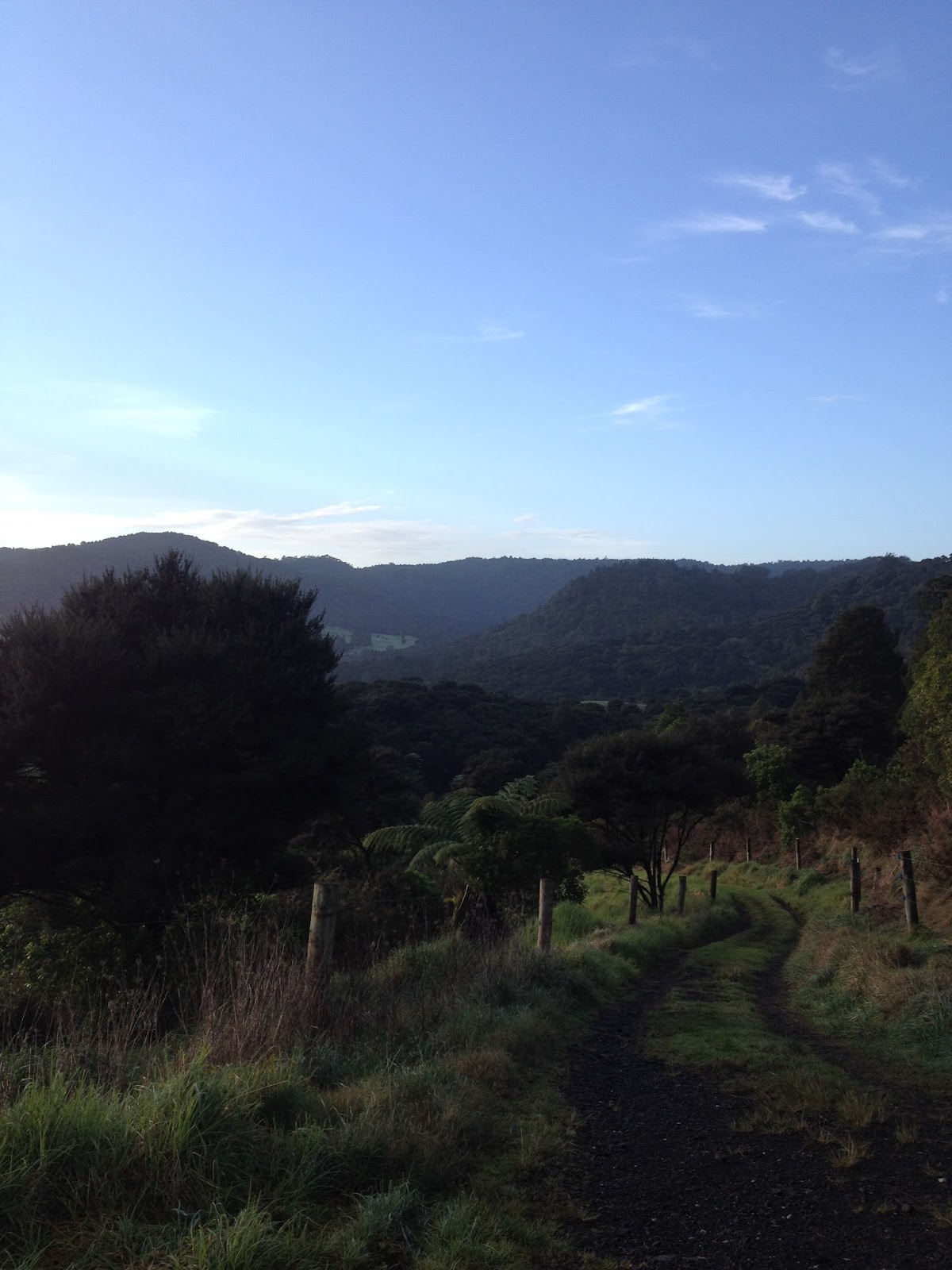 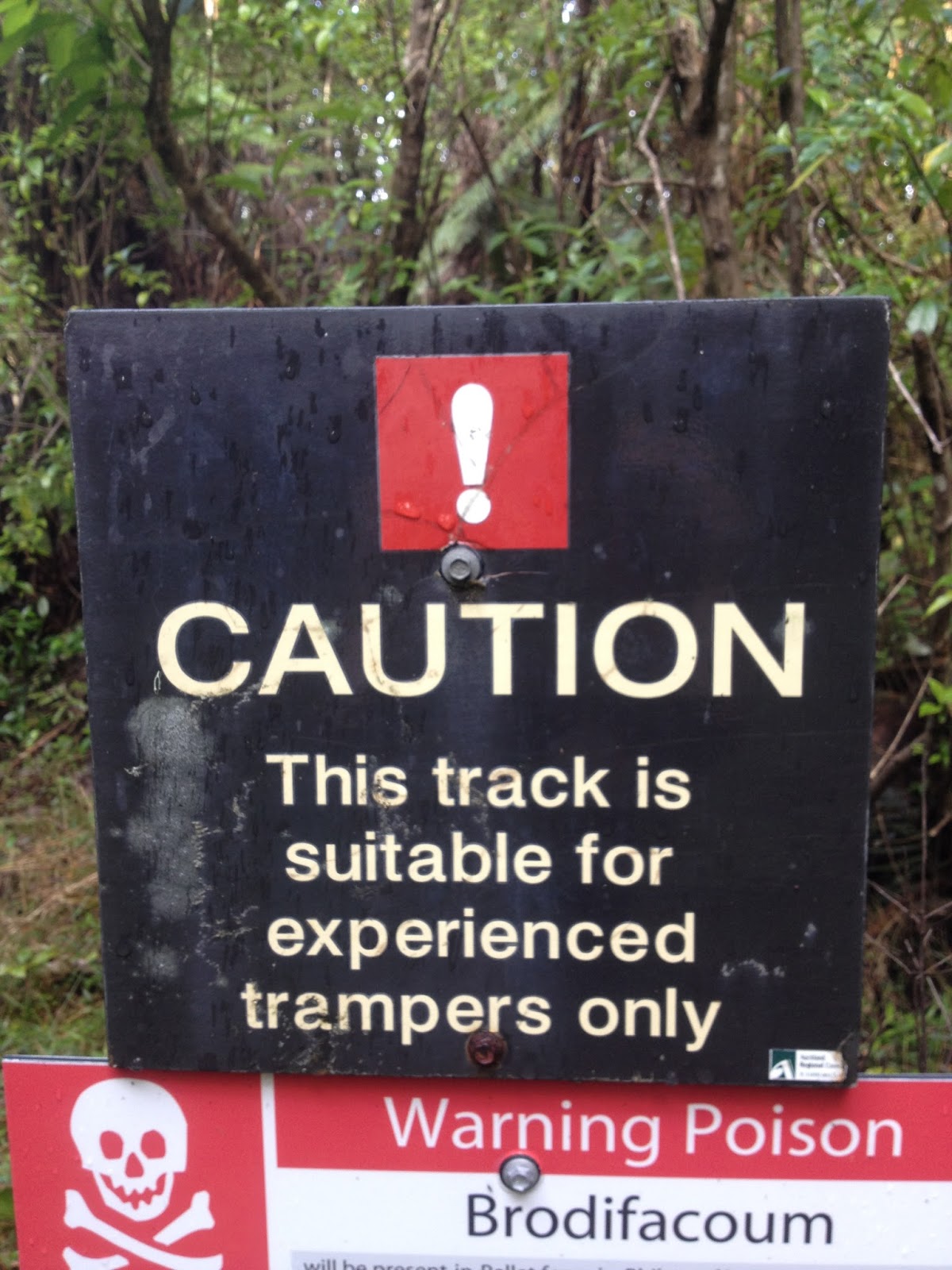 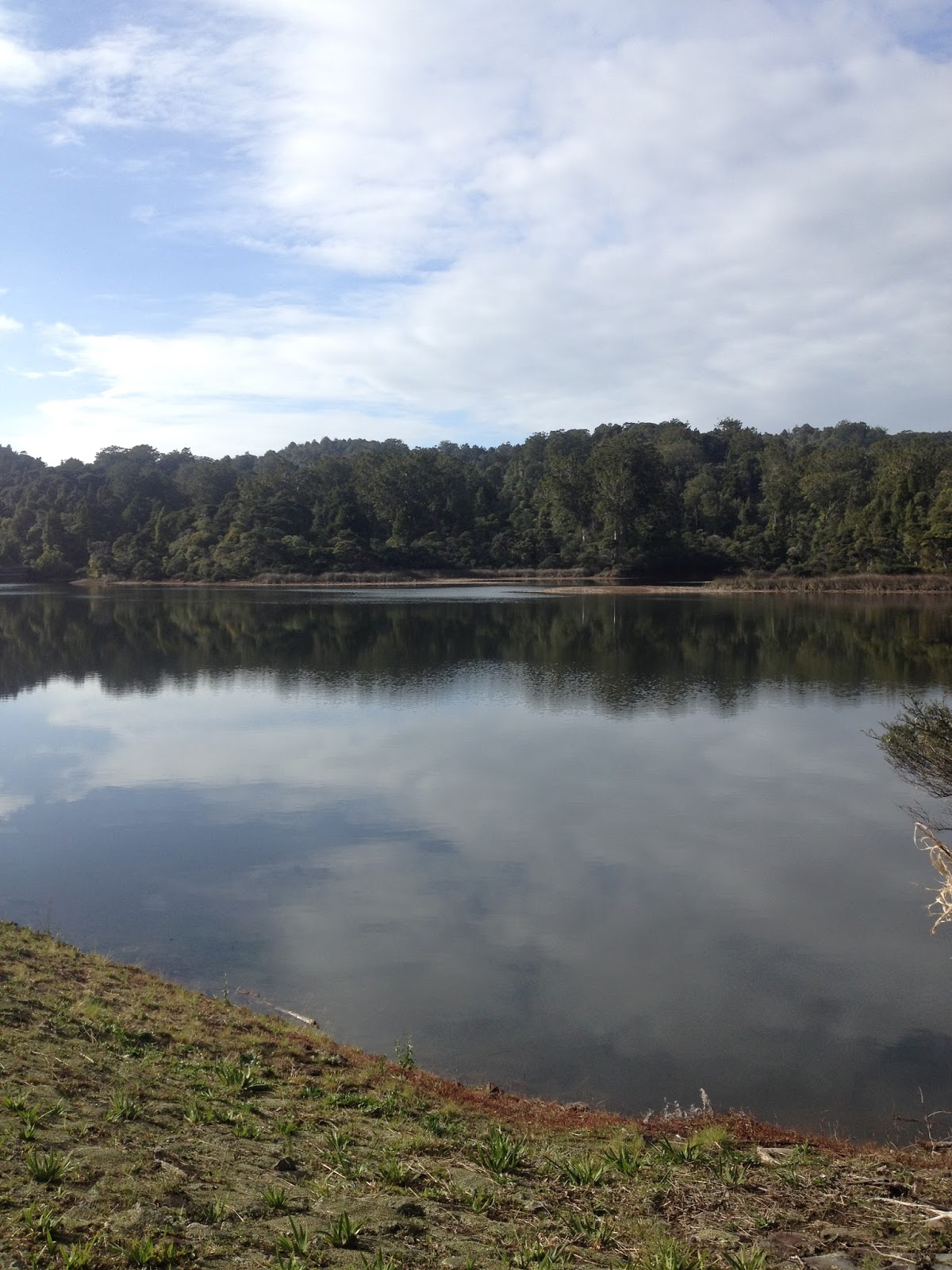 I would never have remembered all the track names while running them, but was able to compare my Nike GPS tracking to the topographic map and figure out exactly where we'd gone.  Very handy!  I'll have to remember this for future bush runs :)

The regional park is named for the majestic kauri trees in the area, and it was good to see a large amount of kauri dieback hygiene stations along the way, and everyone using them.  Some of the tracks in the park were closed for research purposes (to further understand the nature and spread of the disease), but our run host had done his research and knew the route he'd mapped out would be all clear.  We were out on the trails for over three hours, but actual run time was about 2 hours 37.  Considering the technical nature of the trails, I thought this was a pretty good time.  There were definitely some pretty decent downhills!!  I was feeling really strong and had a really good day.  I had a power cookie for run fuel, which clearly did the trick!  My uphill endurance is improving, and Richard (the run host) set a good, steady, manageable uphill pace to keep up with.  I'd love to head back some time soon and run the area again - it was just so fun!  Next time, I'll get pics of the tramline, tunnel, trees and waterfalls in the area.  Beautiful.

Afterwards, we scoffed a big lunch at the Swanson Station Cafe - I got the corn fritters sans bacon and sour cream: 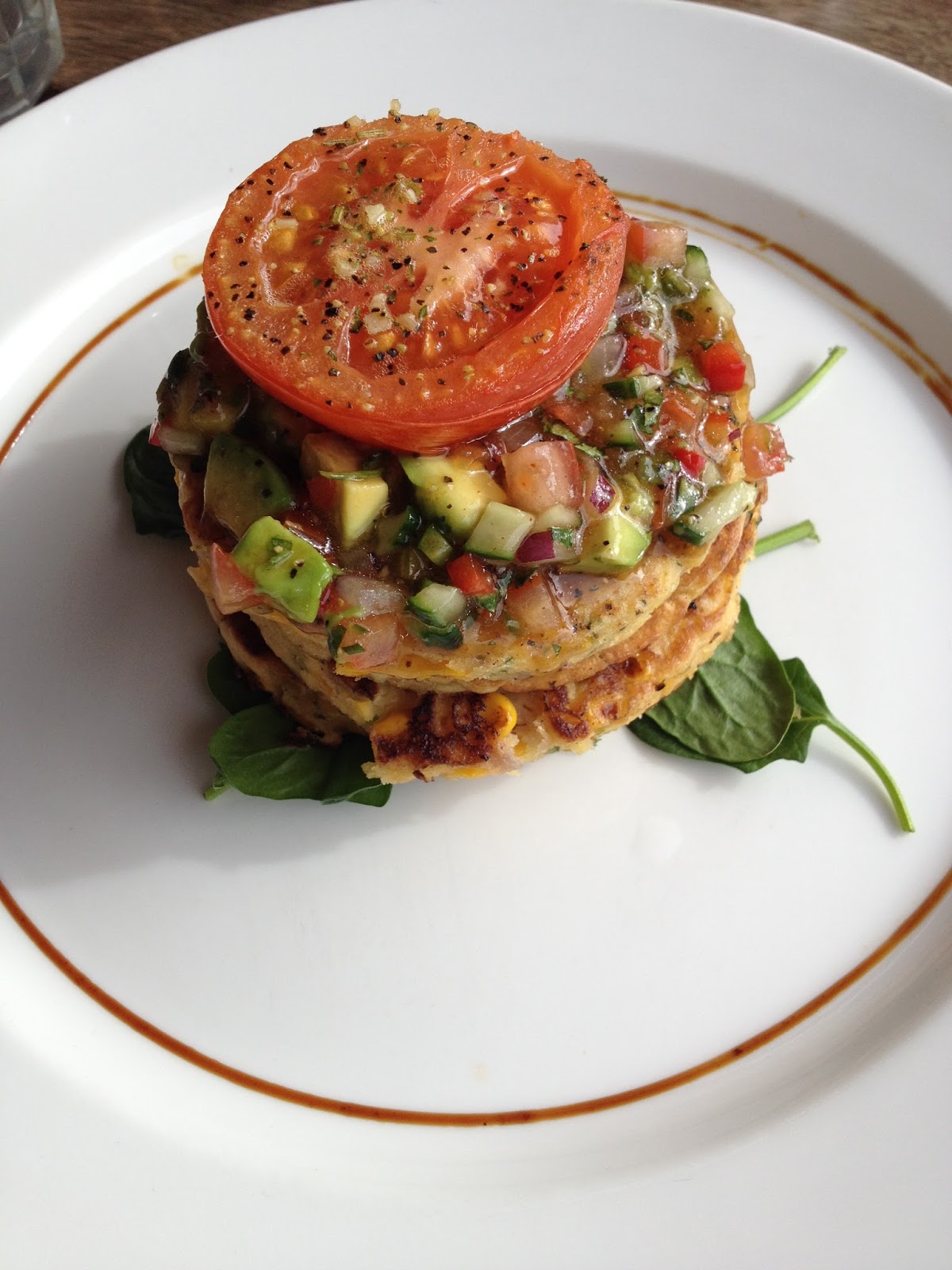 Yum!  I haven't been posting much about food on here lately (I'm sure you've noticed!) but that doesn't mean I'm not cooking up a storm!  I'm still going through 'the oatmeal trials', although branching out from The Oatmeal Artist and trying other recipes along the way (such as these), I'm still trying out recipes I find on Pinterest (and most of them are pretty good), and I still have my main fave vegan websites to draw from - my current pick has to be Minimalist Baker.  Such.  Good.  Food!!!  When I do post foodie pics, they're usually on Instagram.  Pretty much all vegan, although I'm also trying out different meat-based recipes for the boys.  We've found a few faves for them too :)  This break in study is giving me a little more time to plan meals and try slightly more challenging things.  Tonight, I'll be giving corn tortillas a go!  I sweet-talked Deane into letting me buy a tortilla press over the weekend.  Now I have to learn how to use it ;) 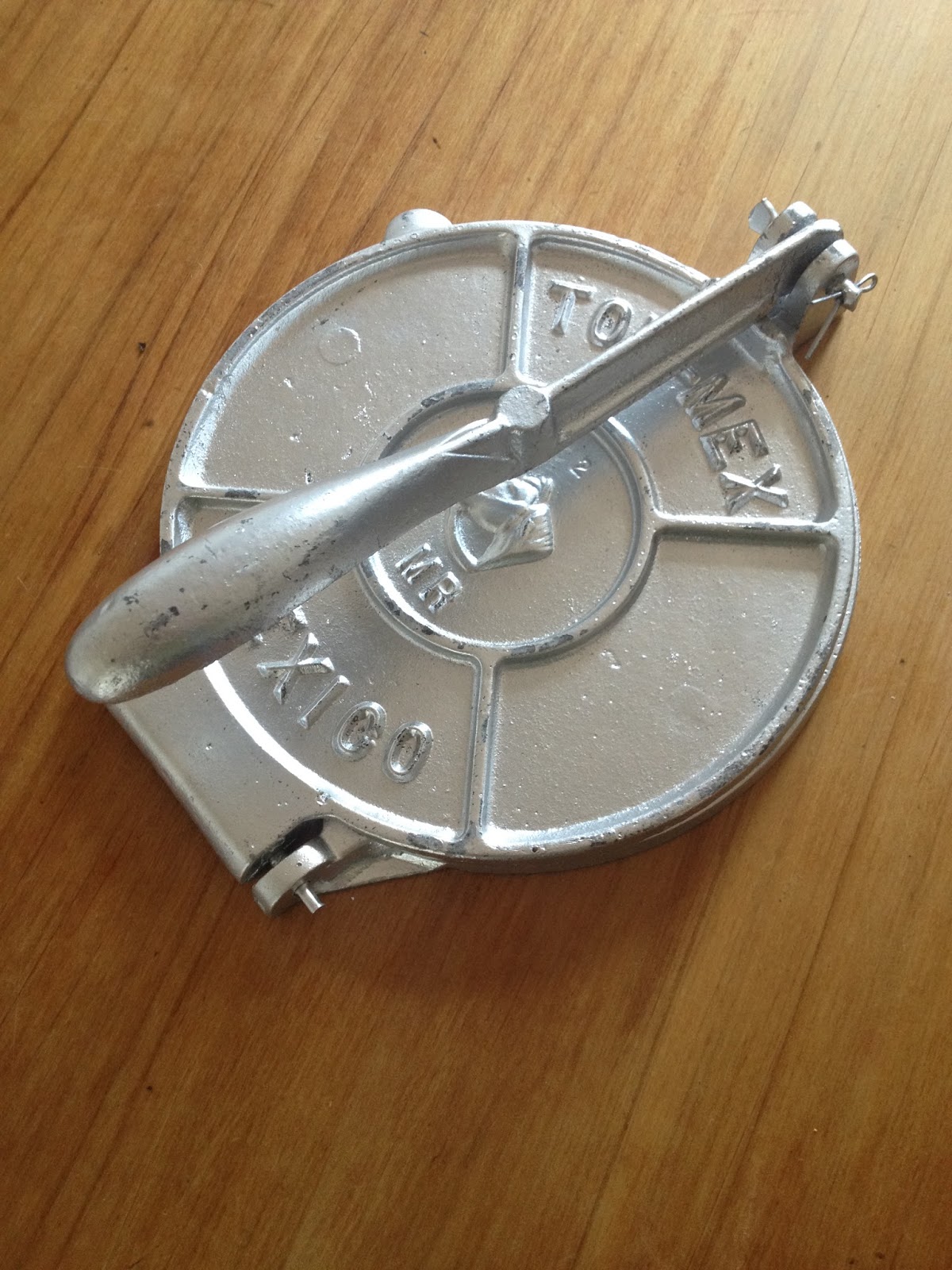 Fun times ahead!  I'll let you know how I get on, and promise to take pics of any disasters.  They're always entertaining :)  Enjoy your week!!

Dinner was a success!! 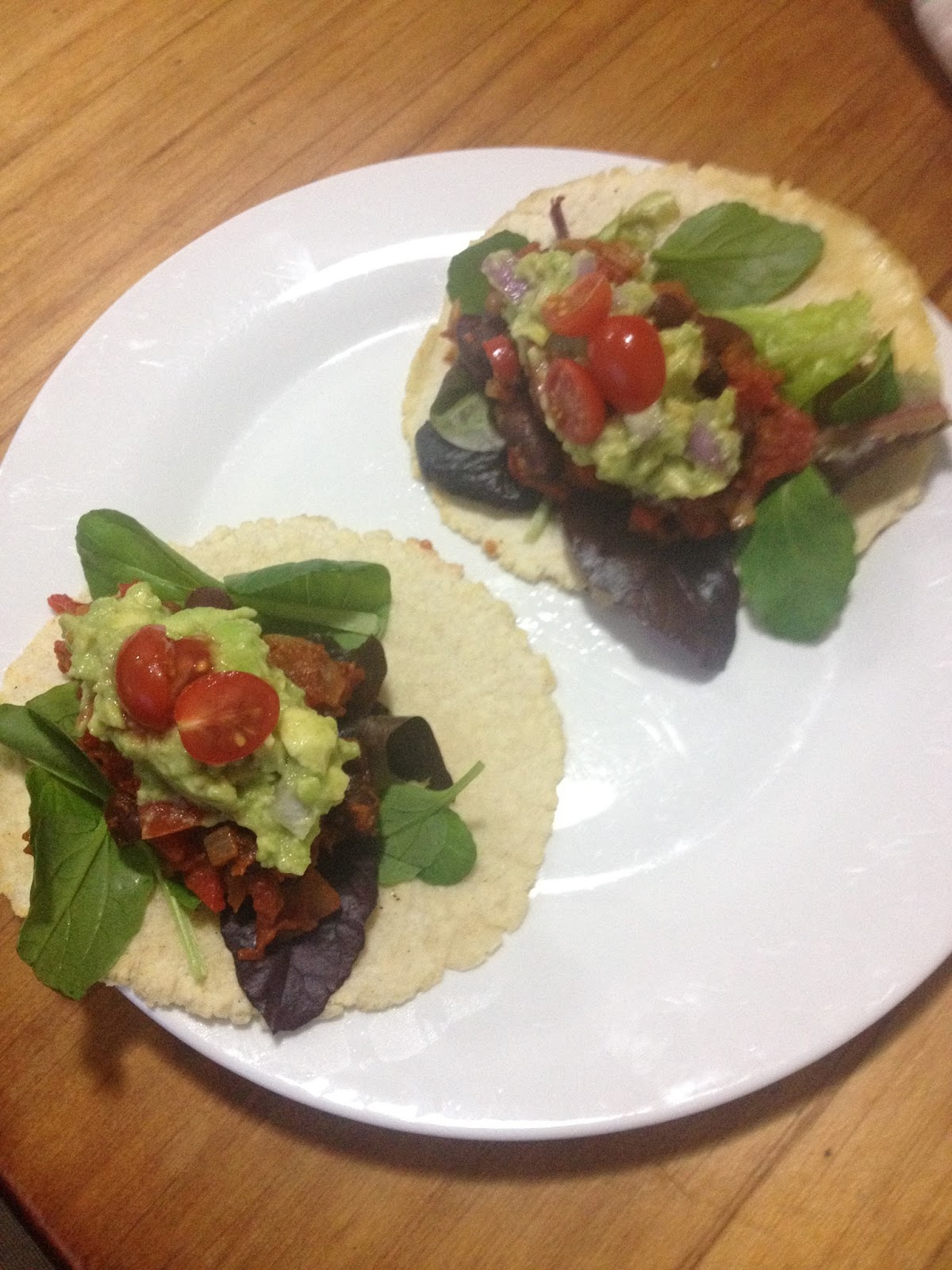 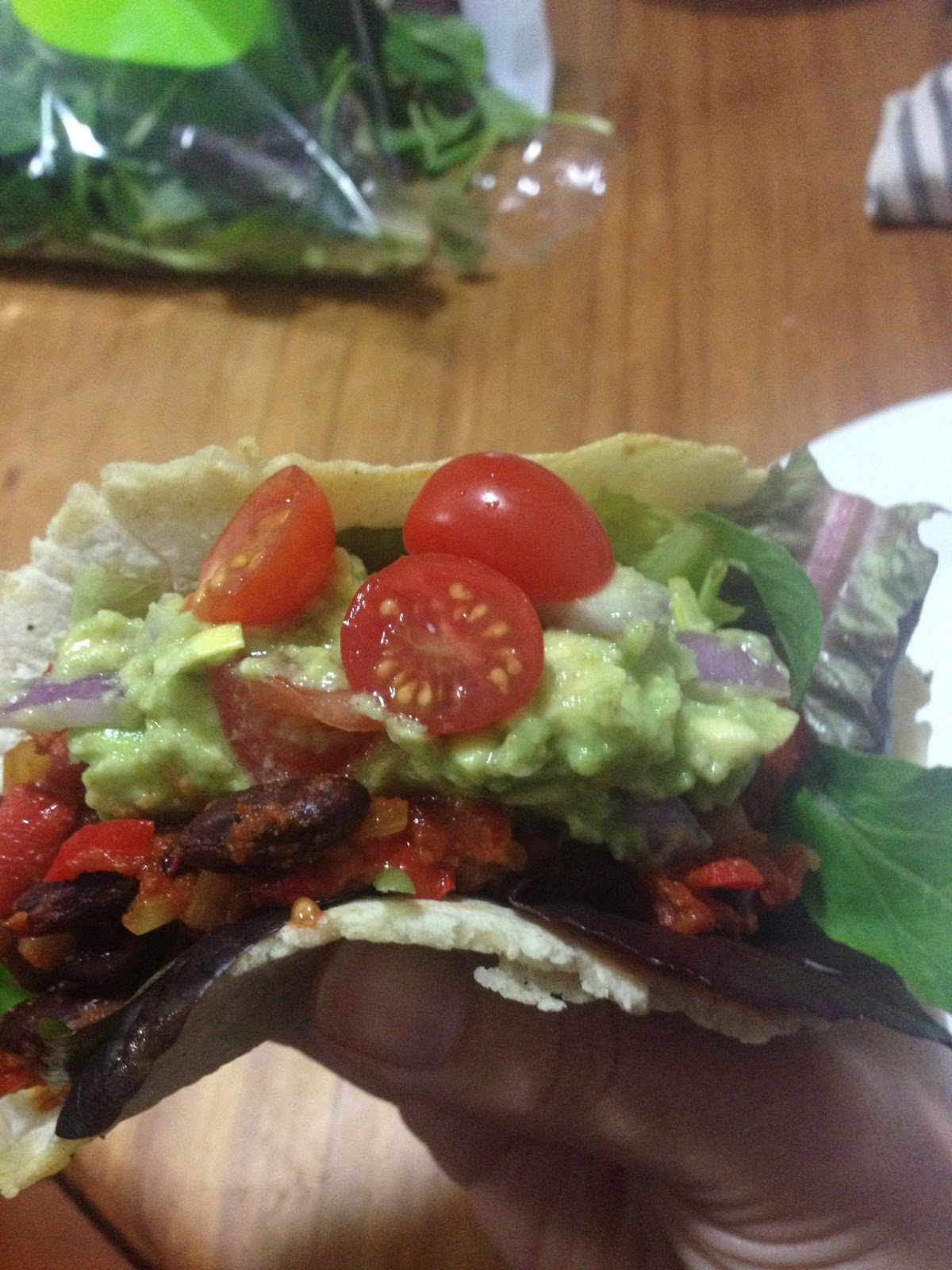 Excuse the terrible photos, I was in a hurry to eat ;)