Y'all, treadmill runs are boring.  But y'know what?  I'd rather have them than not.  Three of last week's five runs were on the treadmill - 6km, 15km and 11km.  I watched a movie, listened to pod casts, and mucked around with the elevation for a bit of a hill running workout.  The scenery wasn't much chop though...  Not to worry, Martin and I did our back-to-back long runs on Saturday and Sunday, which more than made up for it.  Saturday was Okura to Stillwater and back times two, and let me tell ya, it was nice to have a much lower mud level to deal with!  It was a bit drizzly, but we were pretty lucky in terms of weather - it poured after we got back.  I got lots of pretty pictures of the trail and surrounds to share: 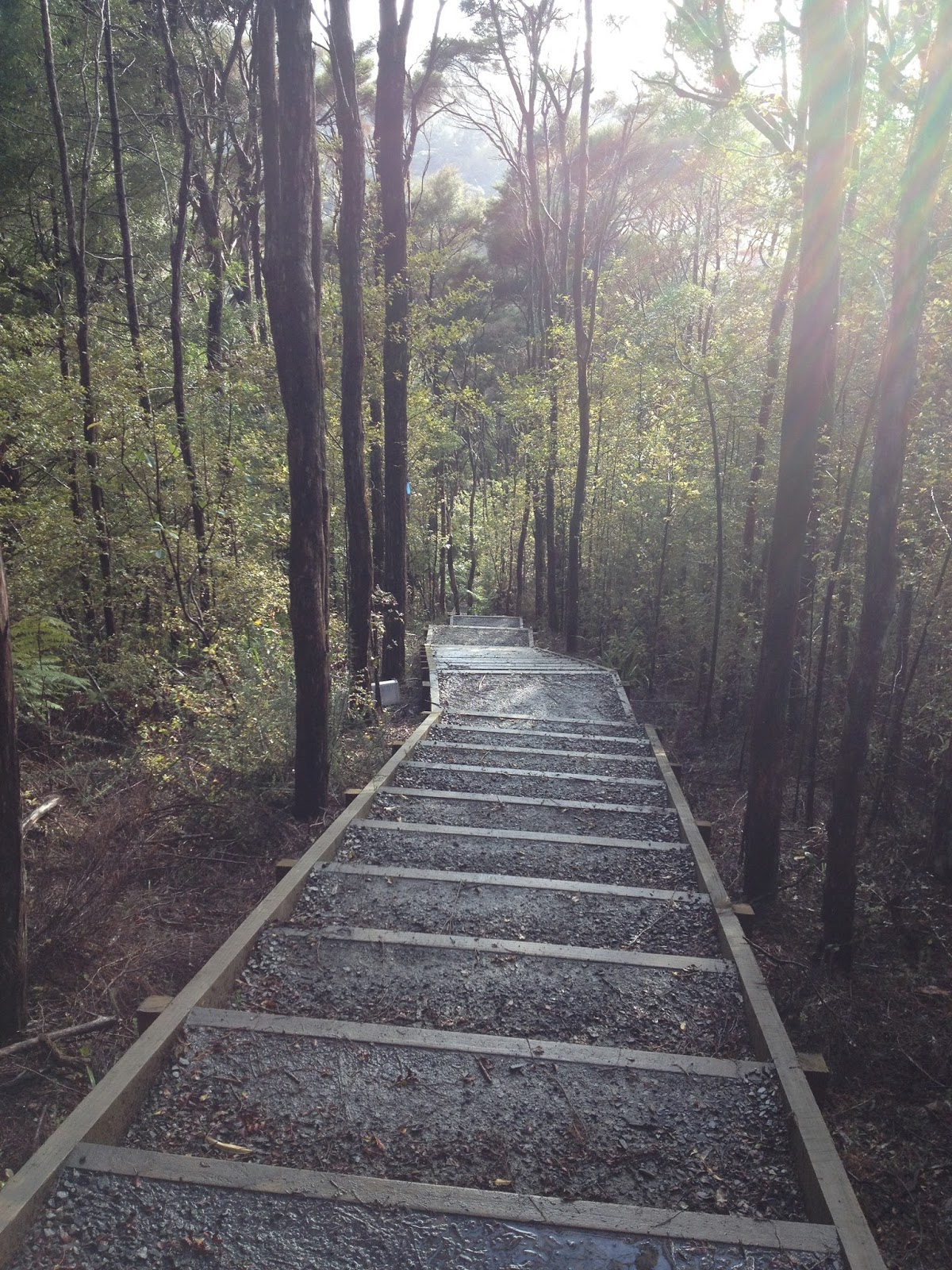 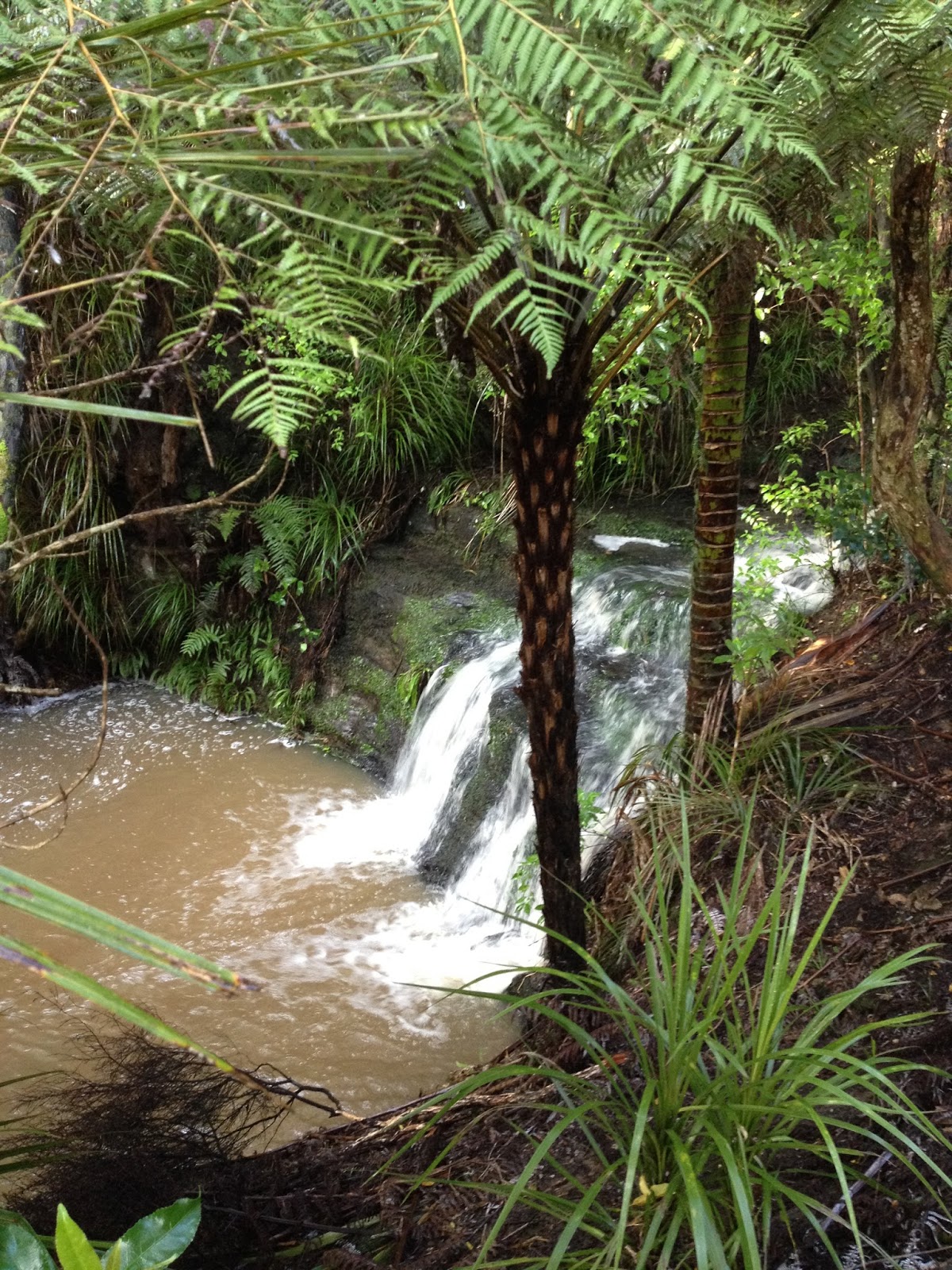 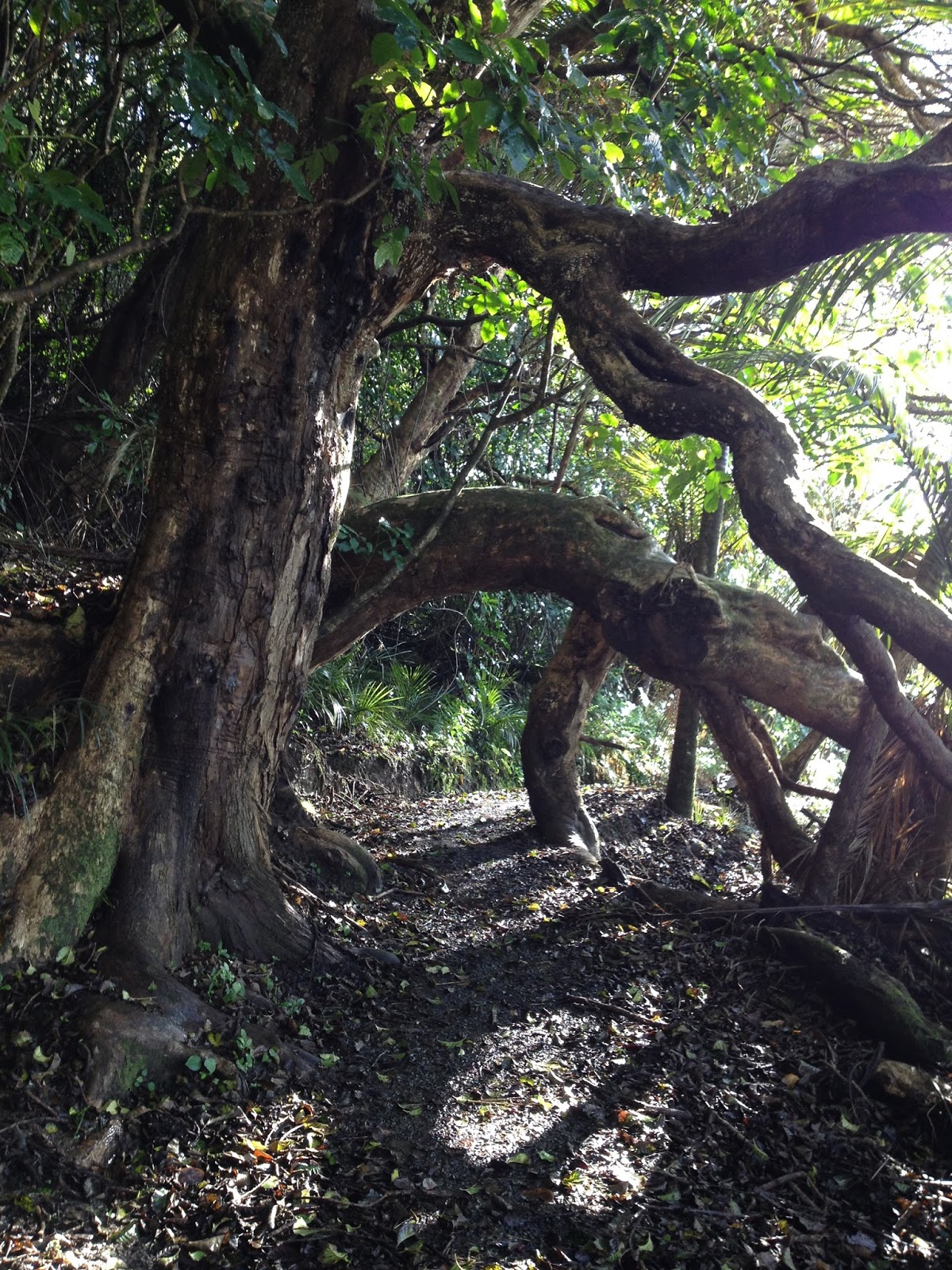 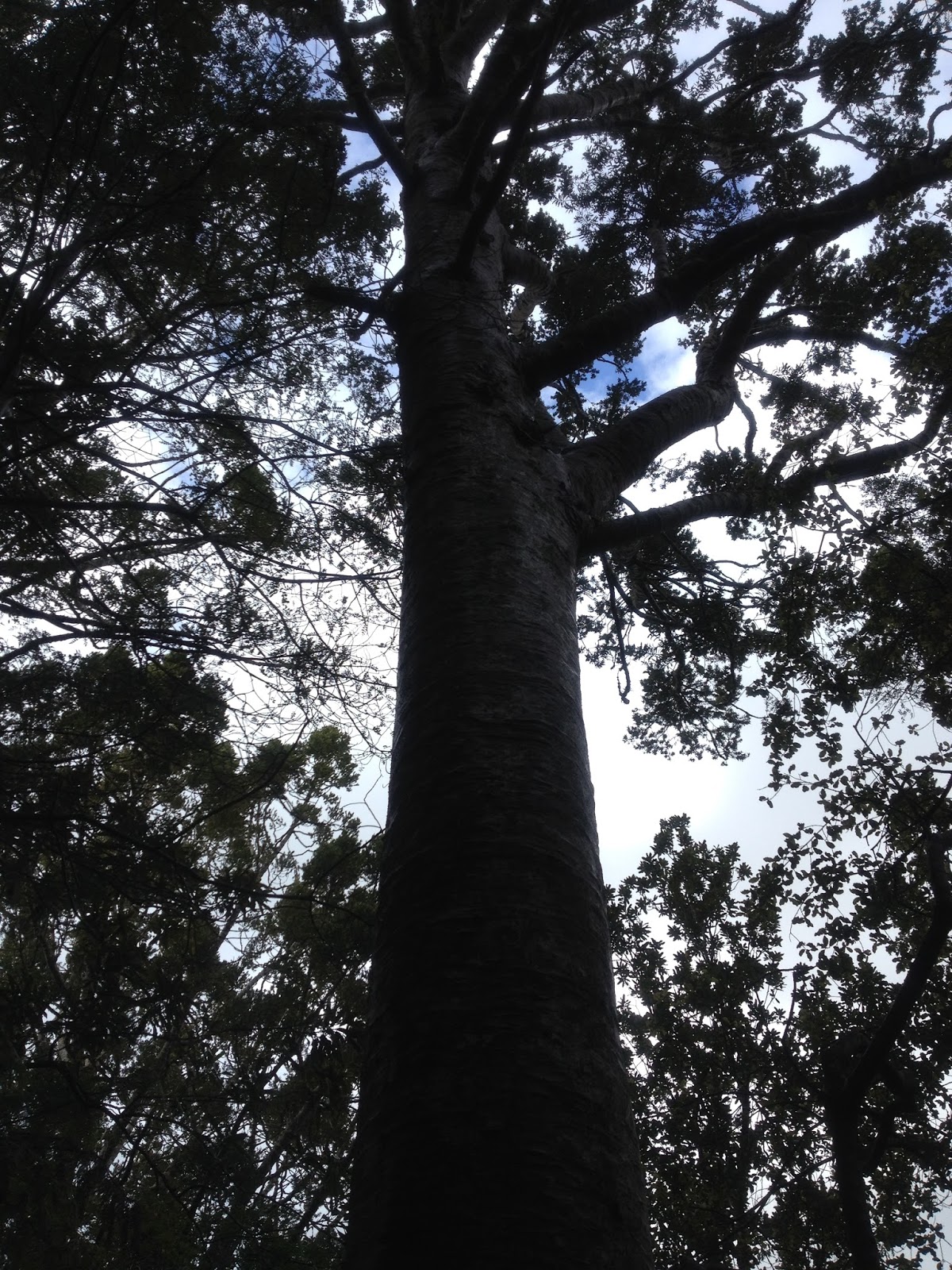 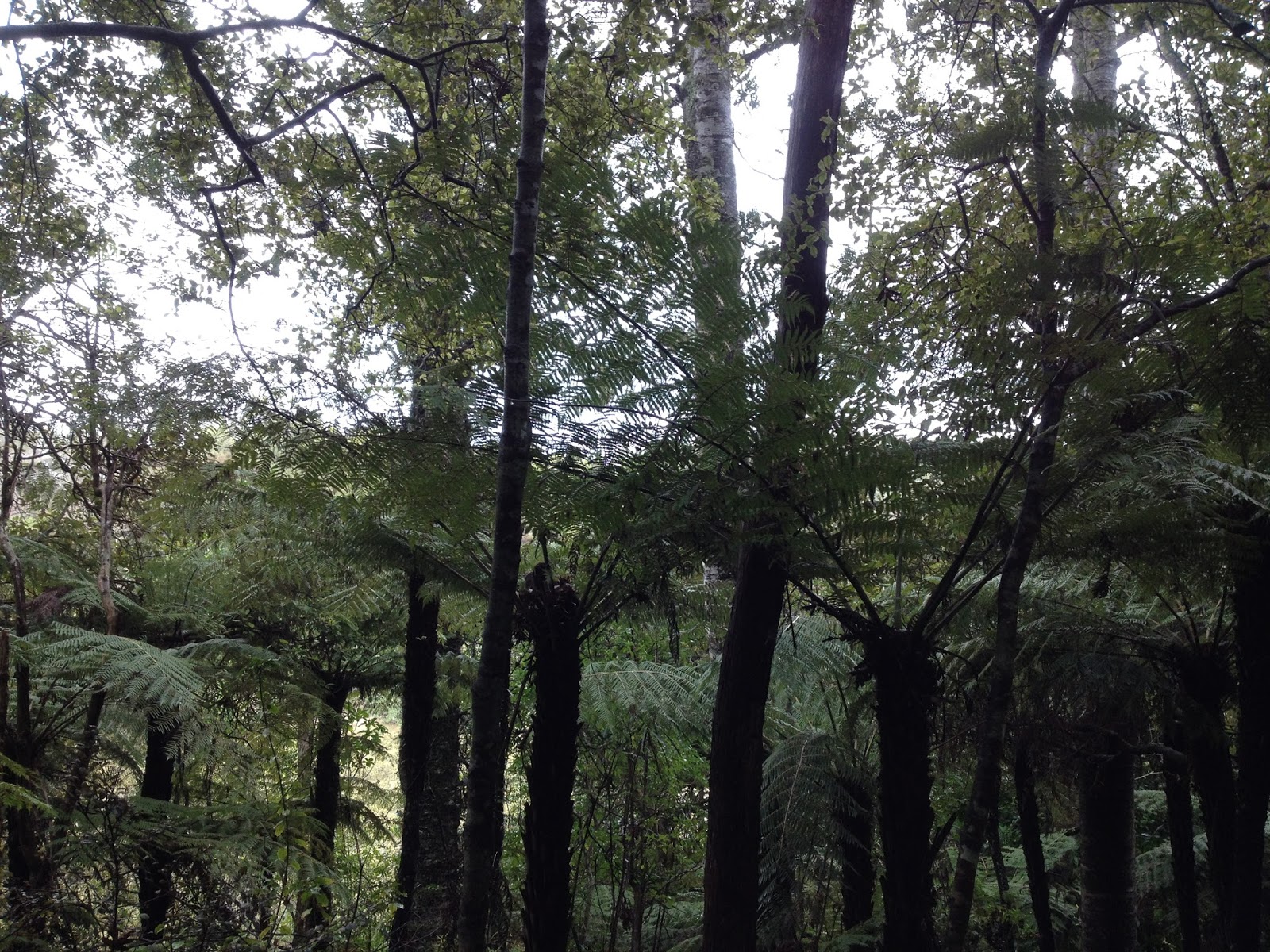 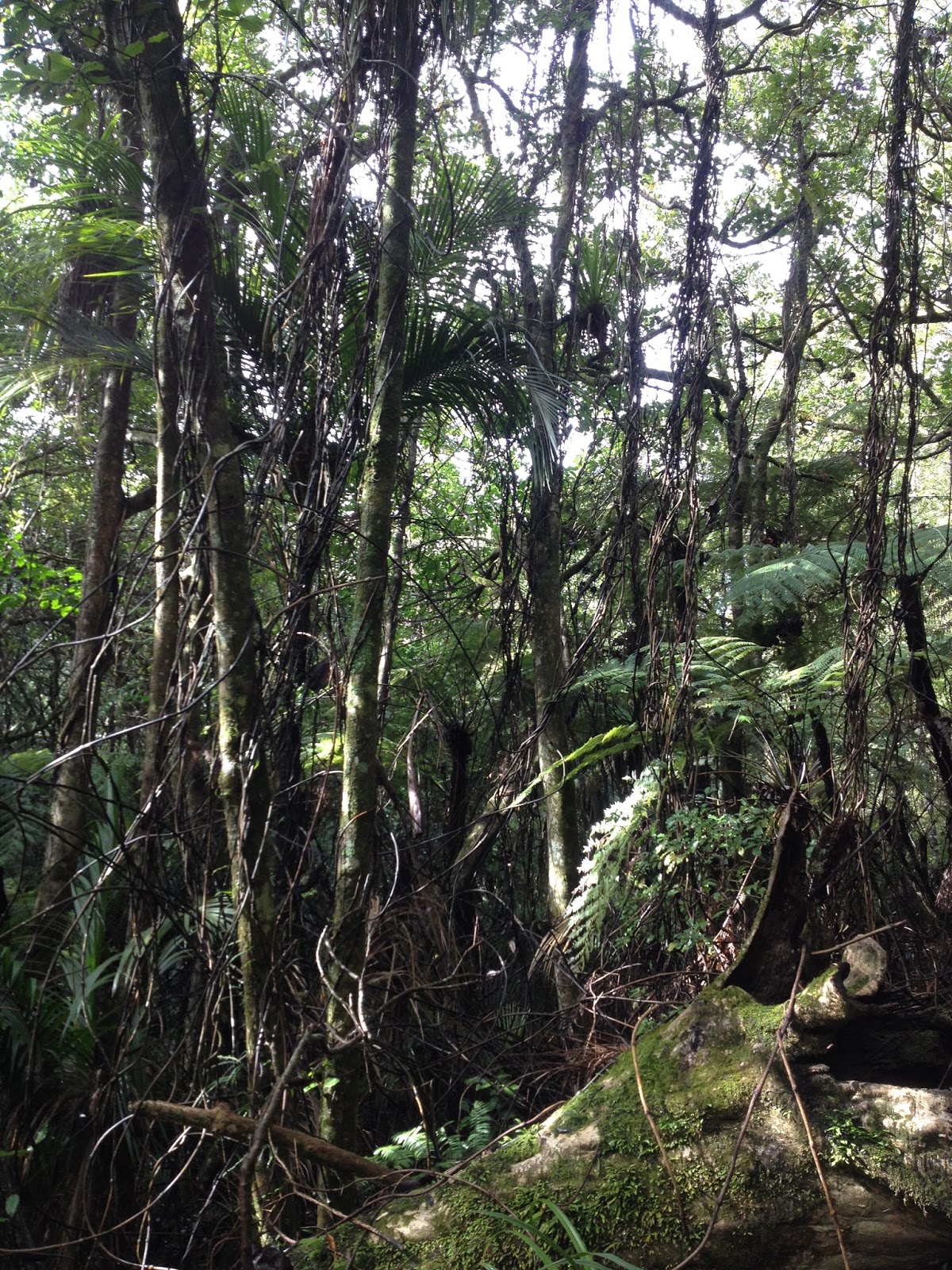 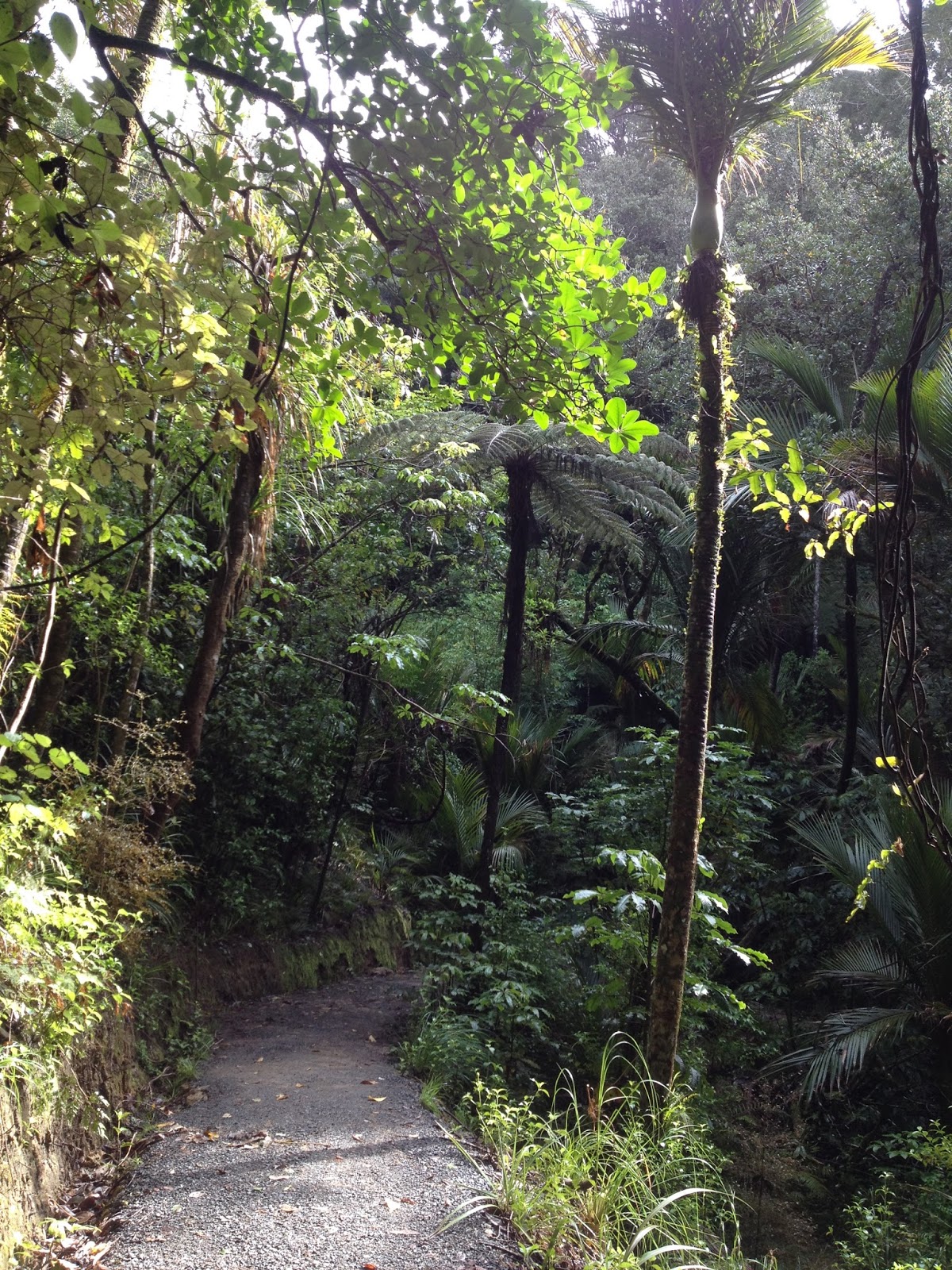 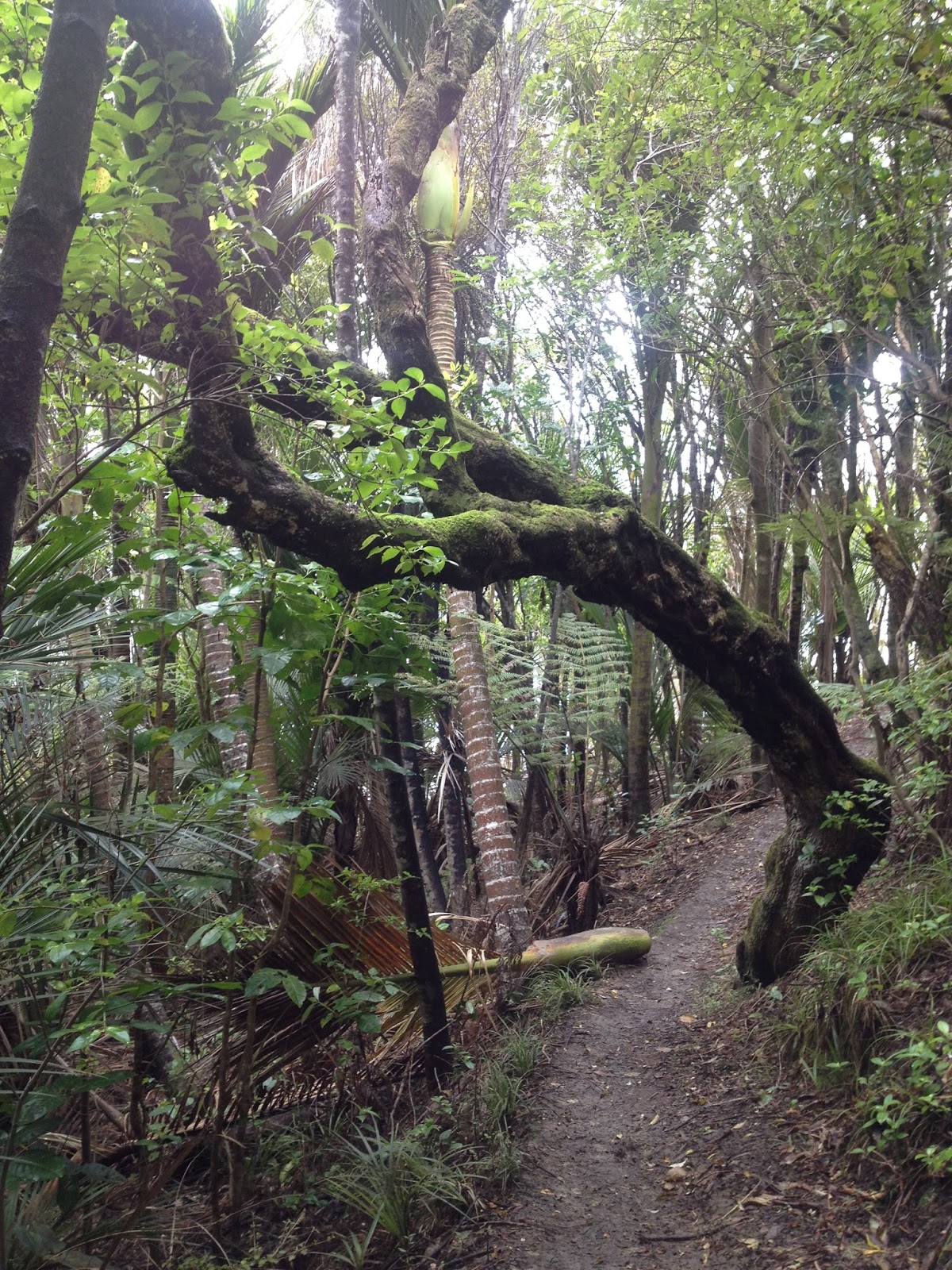 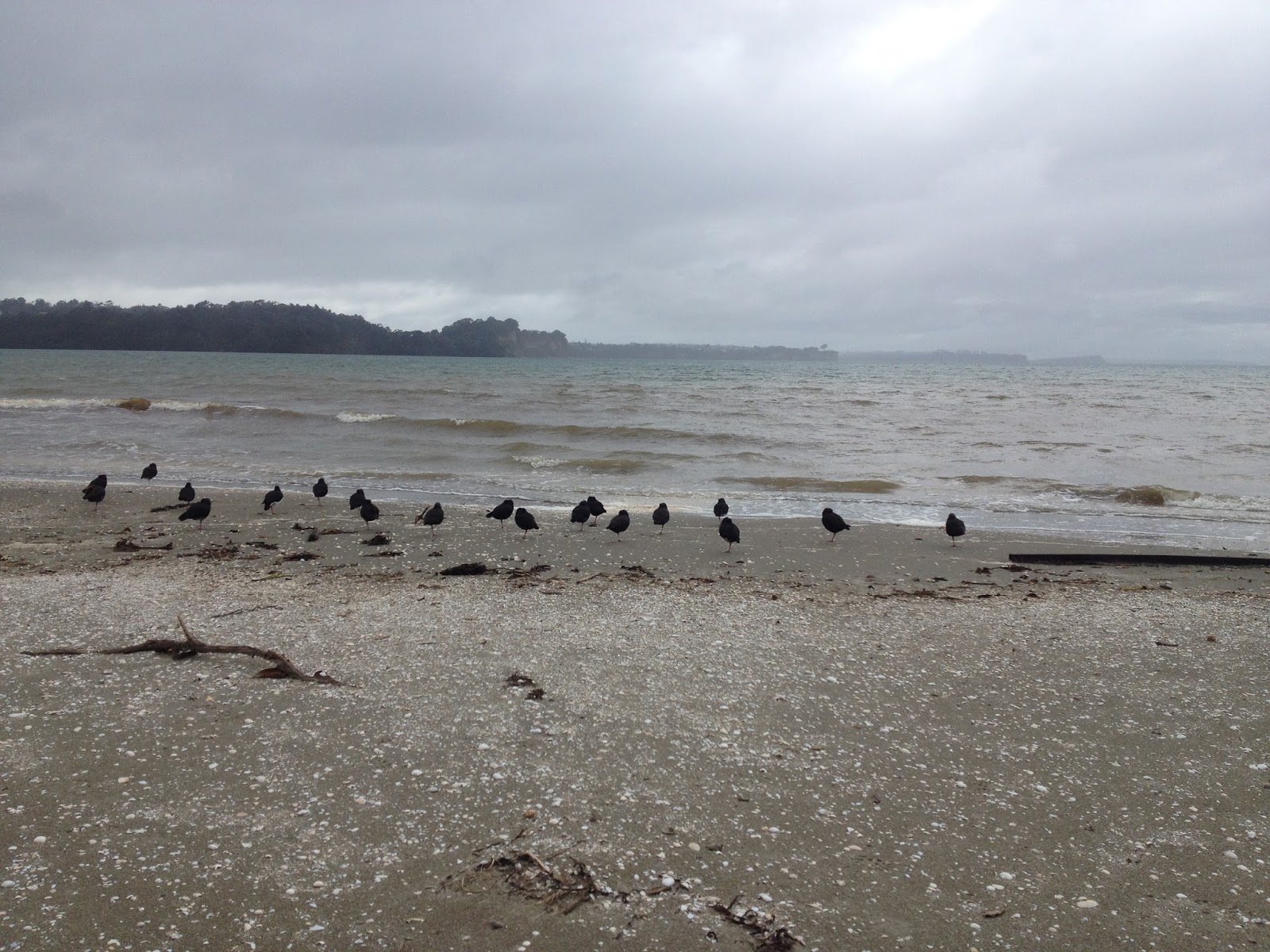 23km all up (although Martin clocked 21km, we're not sure why our distances are always so different).  We were dying for a hot coffee by the time we got back to my place.  We'd left at 7am and I hadn't had a cup of tea so my caffeine reserves were running low ;)

On Sunday it was another 7am pick up, this time heading over to Devonport for a road run around the 'burbs and a couple of hikes up North Head and Mount Victoria.  Again, got some lovely scenery shots.  And y'all know how much I love sharing, so here ya go: 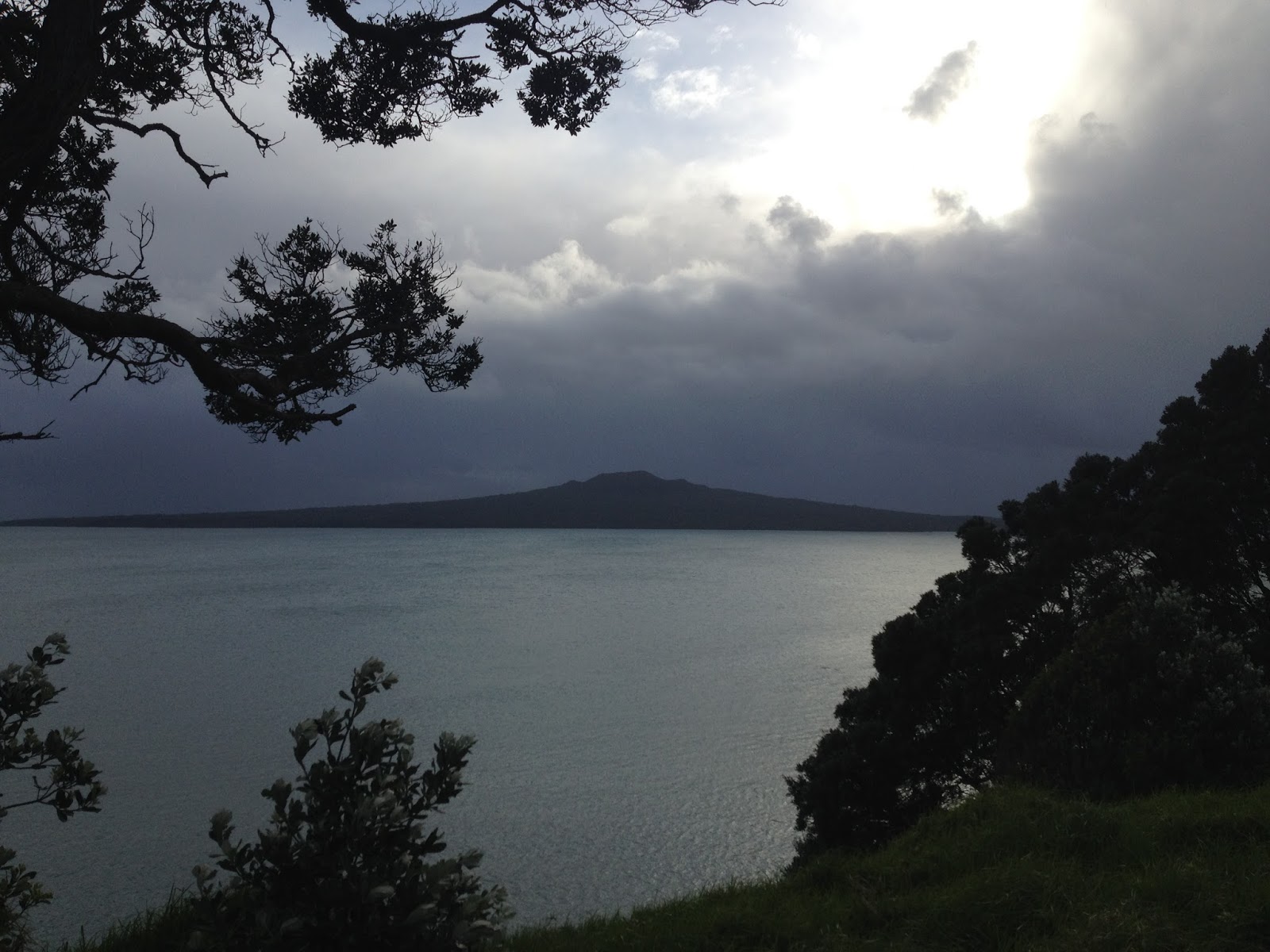 View of Rangitoto from our start point 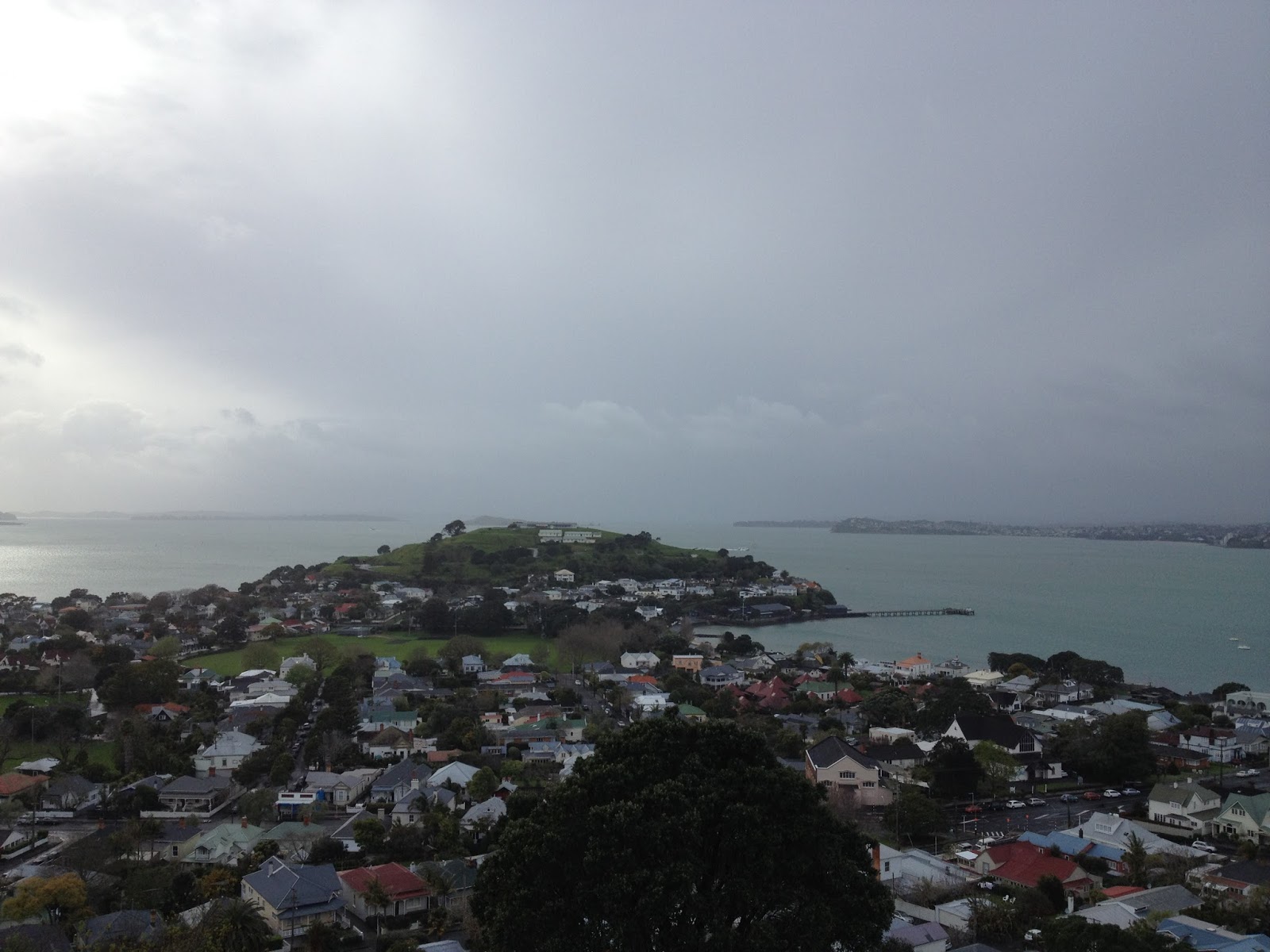 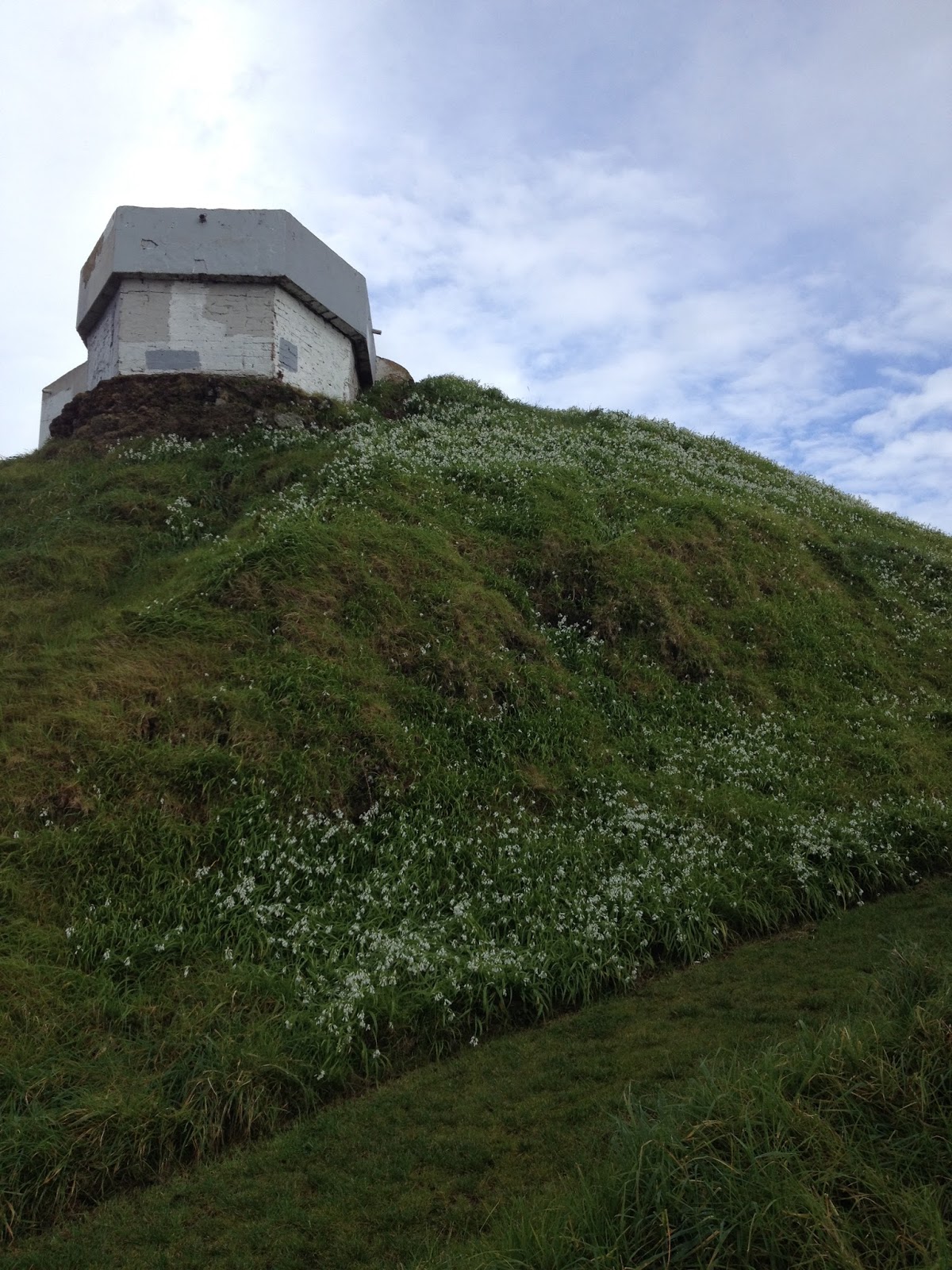 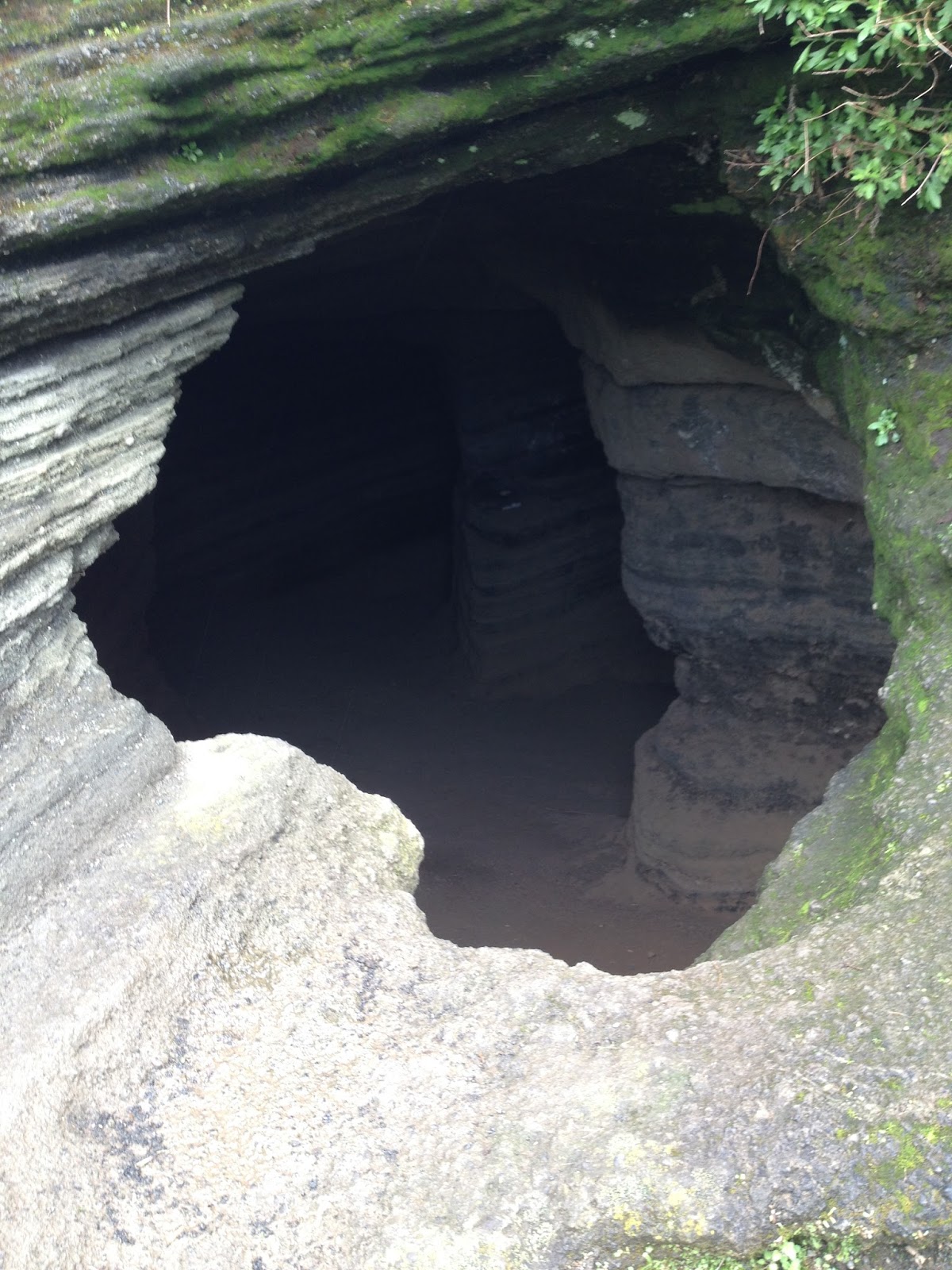 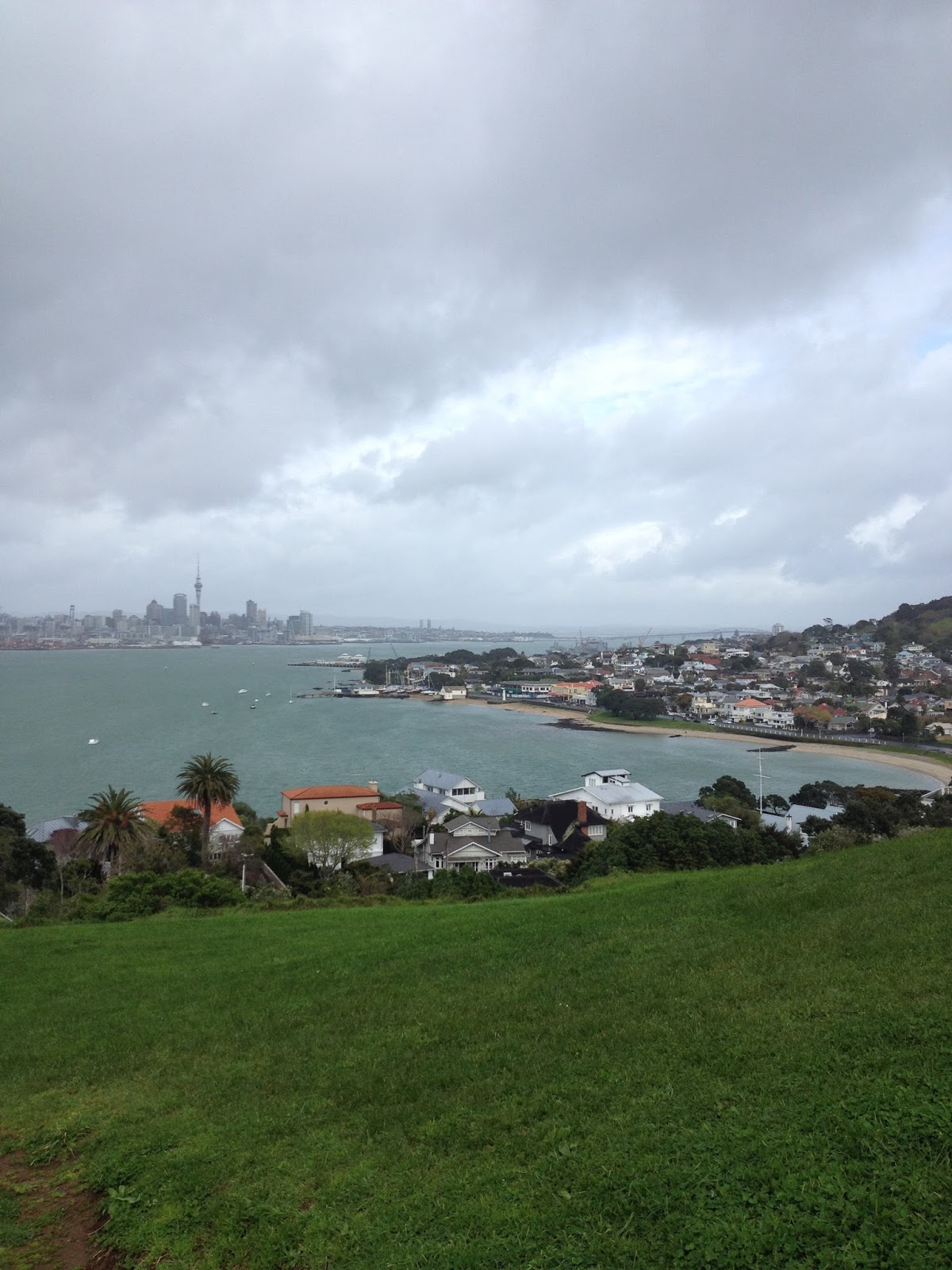 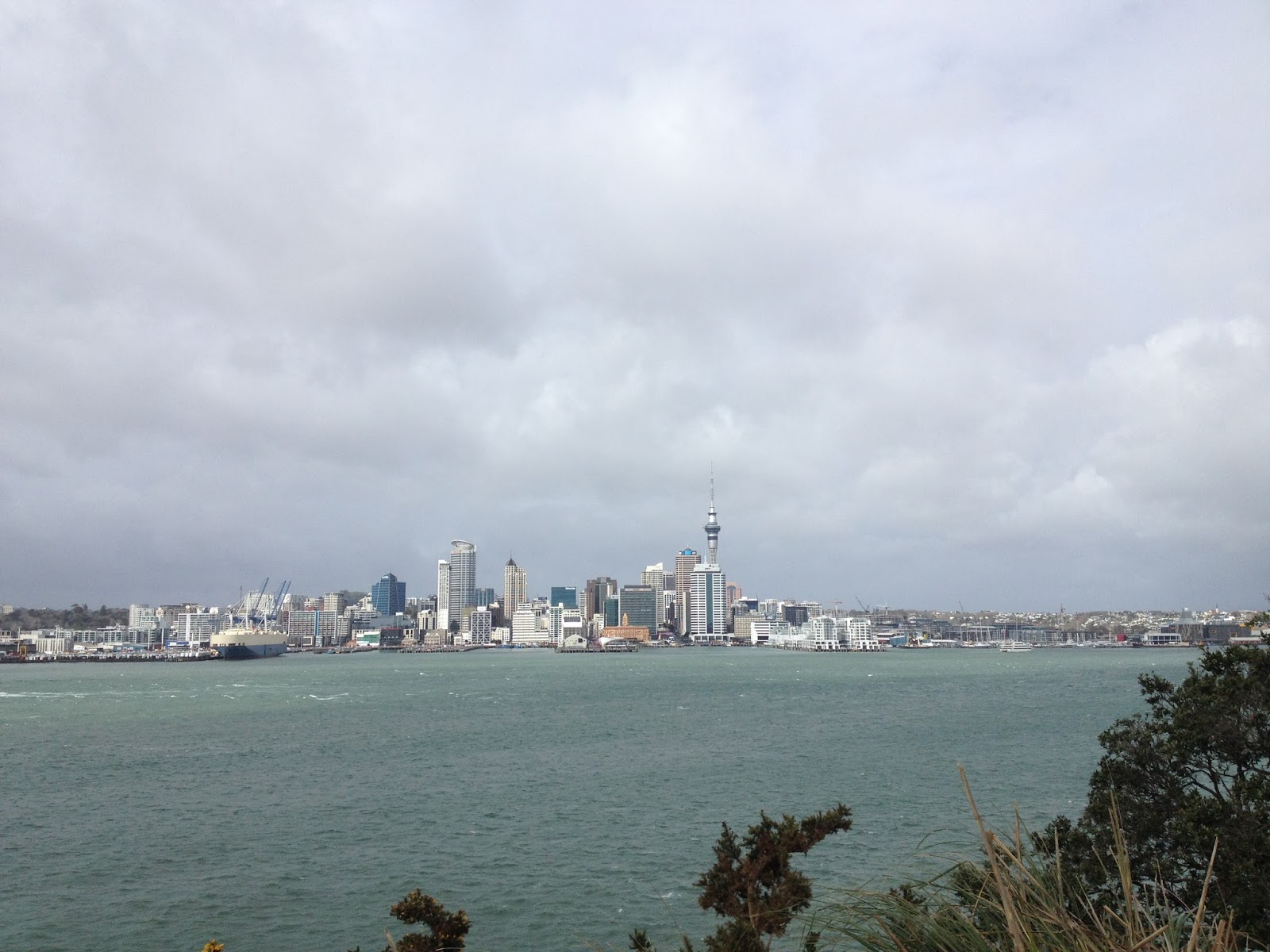 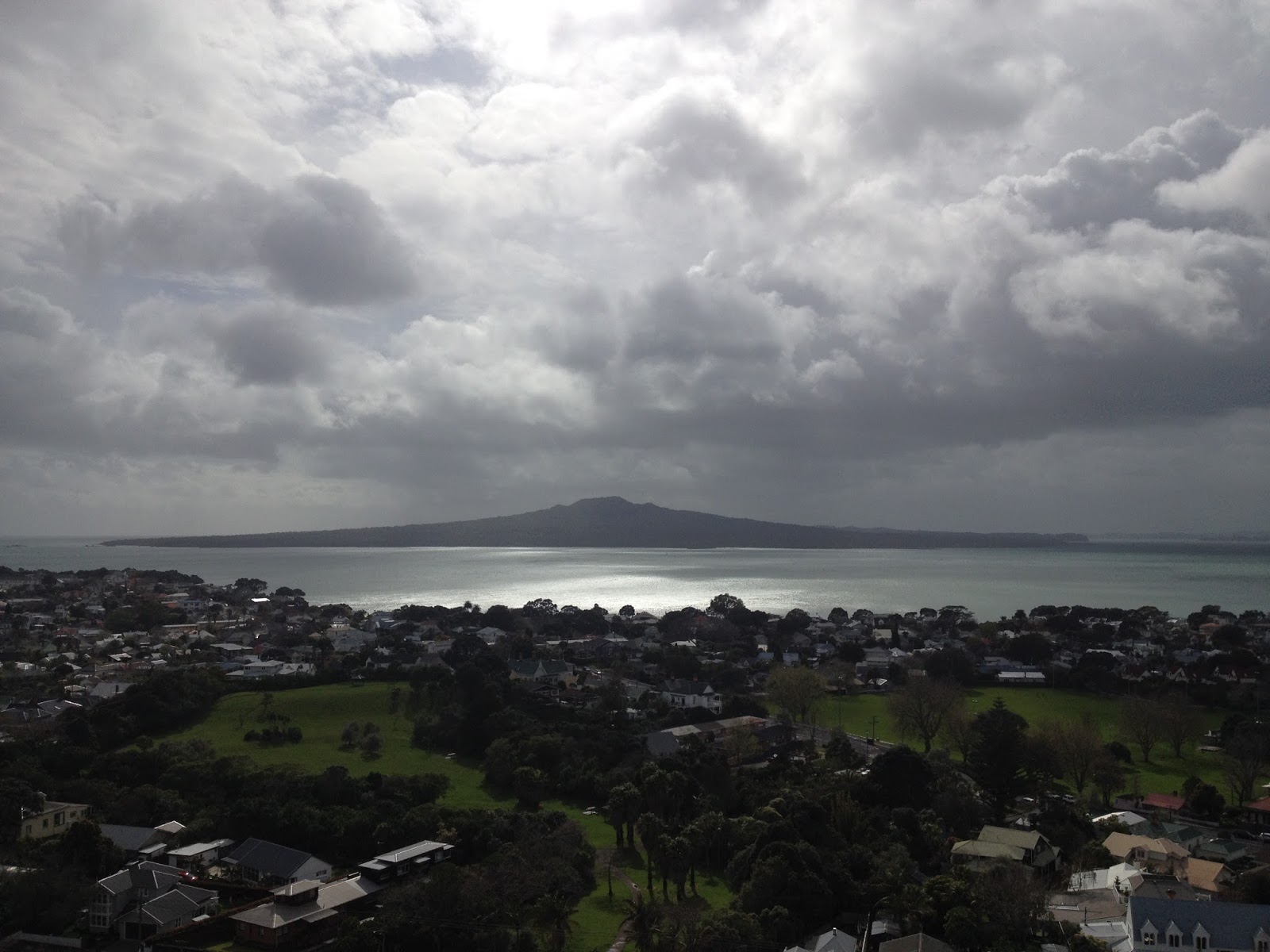 It was cold, hot, cold, very very windy, wet, warm, wet, windy and cold.  I kid you not.  The weather was cray-cray.  But we stuck it out despite both of us taking turns at whining pretty much the entire time, and managed to run the planned 25km, which we were actually happy about.  Not that you could tell because of the complaining...

All up, it was a 79km week - the most I've ever run in a week, I think.  I was a little tired at the end of it, and thoroughly enjoyed my rest day on Monday!  I accidentally ended up extending that rest day into two, by running out of time to run on Tuesday.  Oh well...  This morning was a 4.30am start in order to fit in a 20km treadmill run before the kids woke up and dude.  I had the best breakfast afterwards. 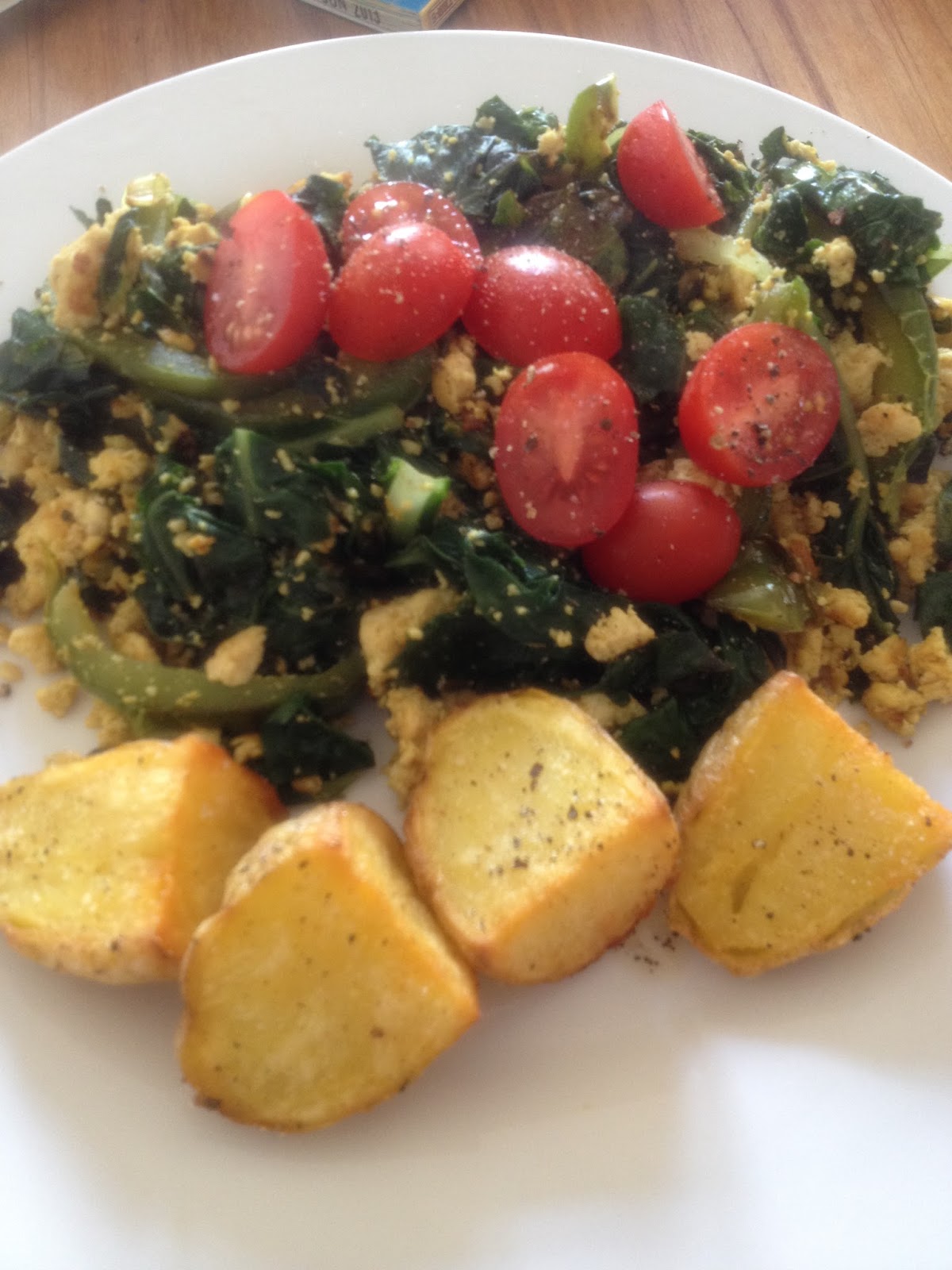 Southwest tofu scramble and breakfast potatoes.  22g of protein!  Omnomnom!!  And that doesn't include the protein in my second breakfast (PB&J on toast.  What?  I was super hungry!)  I added extra greens to the scramble and used baby silverbeet instead of spinach.  It was really good.  I have now managed to make two tofu scrambles I really enjoyed, yay!  And those potatoes?  Will definitely be making those again, yum!  Not to mention quick and easy.

This weekend is the last XTERRA race, in the Hunua Ranges.  Sadly, I won't be able to make it since my BFF will be in town with her mum - we're going to Cirque du Soleil.  Can't wait!!  But that means I would be completely abandoning them on Sunday morning if I went to the race, so I'm going to skip it and just do a long run (35km planned) later once they've left.  Which also means tapering won't begin until next week, as per the training schedule.  Being able to knock out one more mid-30km run will make me feel a lot better about attempting to do 42.2km next month.  I hope.  Holy shit, only three and a half weeks to go...

I'm going to have to get some new trail shoes before then I think.  My Inov-8's have a little hole in the lining of the heel in one shoe, and the last thing I want is to get a blister.  It's really annoying because otherwise they're still perfect - the tread has hardly worn at all.  They've still got at least 1,000km in them (they've done just under 500km so far).  Hopefully I can get the lining fixed...  In the meantime I'd be a complete girl's blouse and wouldn't be able to run the marathon if I got a blister on the back of my heel midway through, so in order to eliminate all possible excuses I think I should just get some new shoes.  Any suggestions?

Ooh, one more thing - I got my hair cut this morning and thought I better take a picture for posterity.  I'm hopeless at styling it so it won't ever look this good again.  It's starting to get longer finally, but it'll be a while before its back to the length I had it at before.  I'm thinking I need it really long again so I can go completely hippy and braid flowers into it while wearing loose tops and no bra, long flowing skirts, bare feet and lots of beads ;) 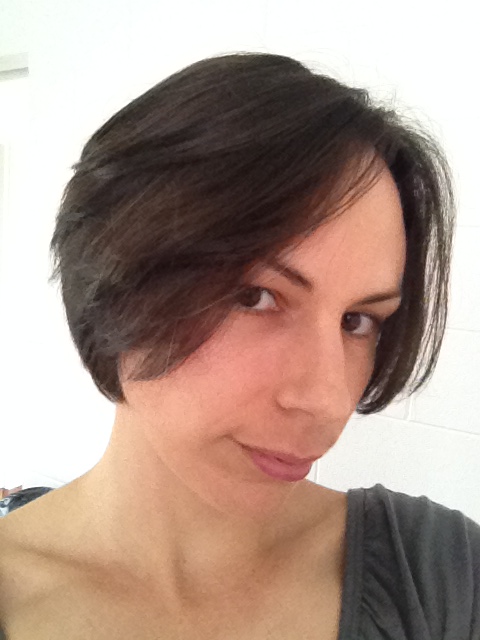 I've resigned myself to the fact that I will never be able to make a selfie look effortless.  Sigh.

Look, grey hairs!!  I love them :)  I need more, they look cool.  Hope you're having an awesome week, and your weather is better than ours.  Classic Auckland Spring is being its usual self and can't make up its mind.  Fun times.  I'm over the rain, bring on the Summer!
Posted by kreachr at 14:49