This post is just a random conglomeration of little things that are on my mind at the moment.  Bear with me: 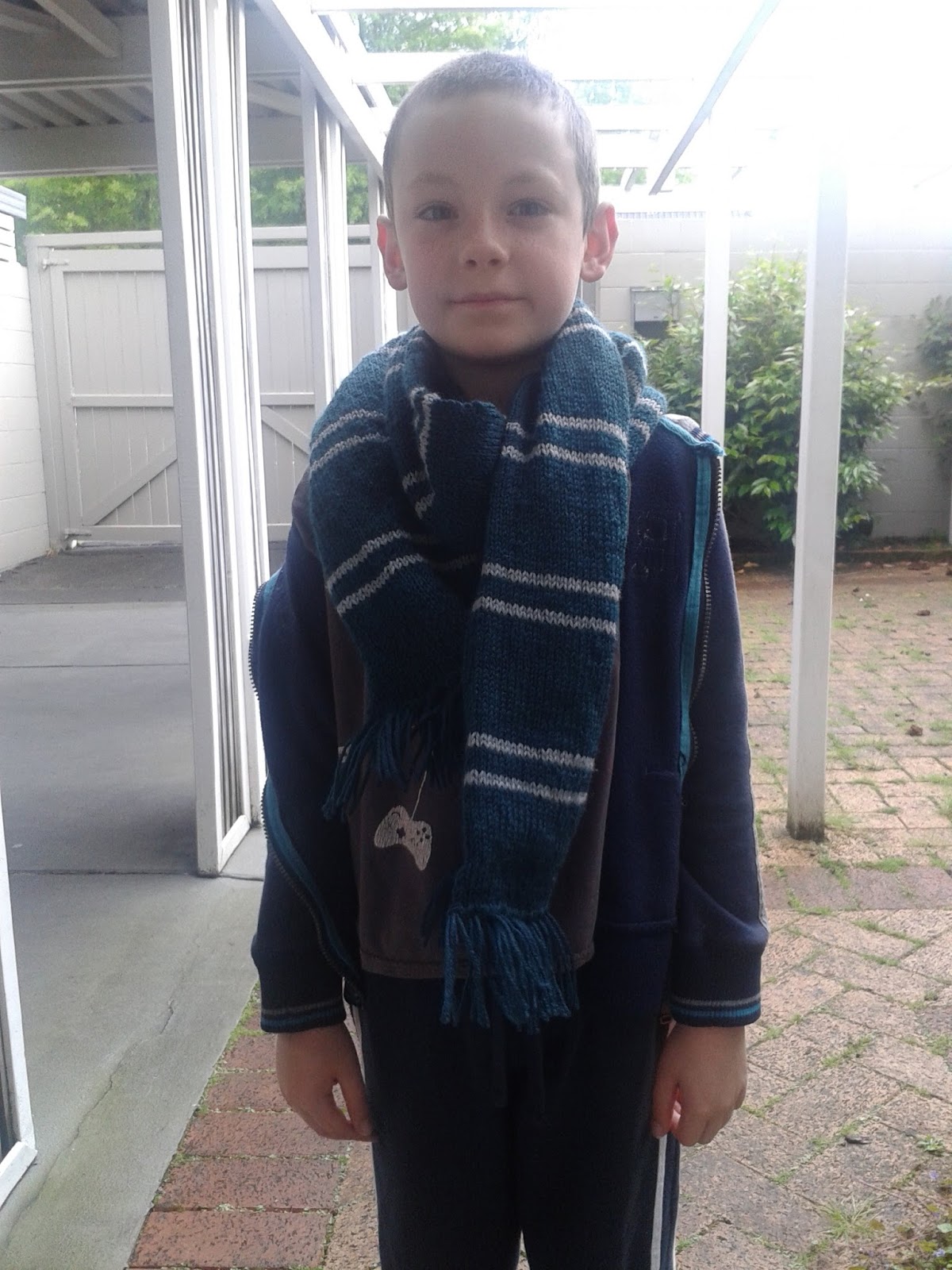 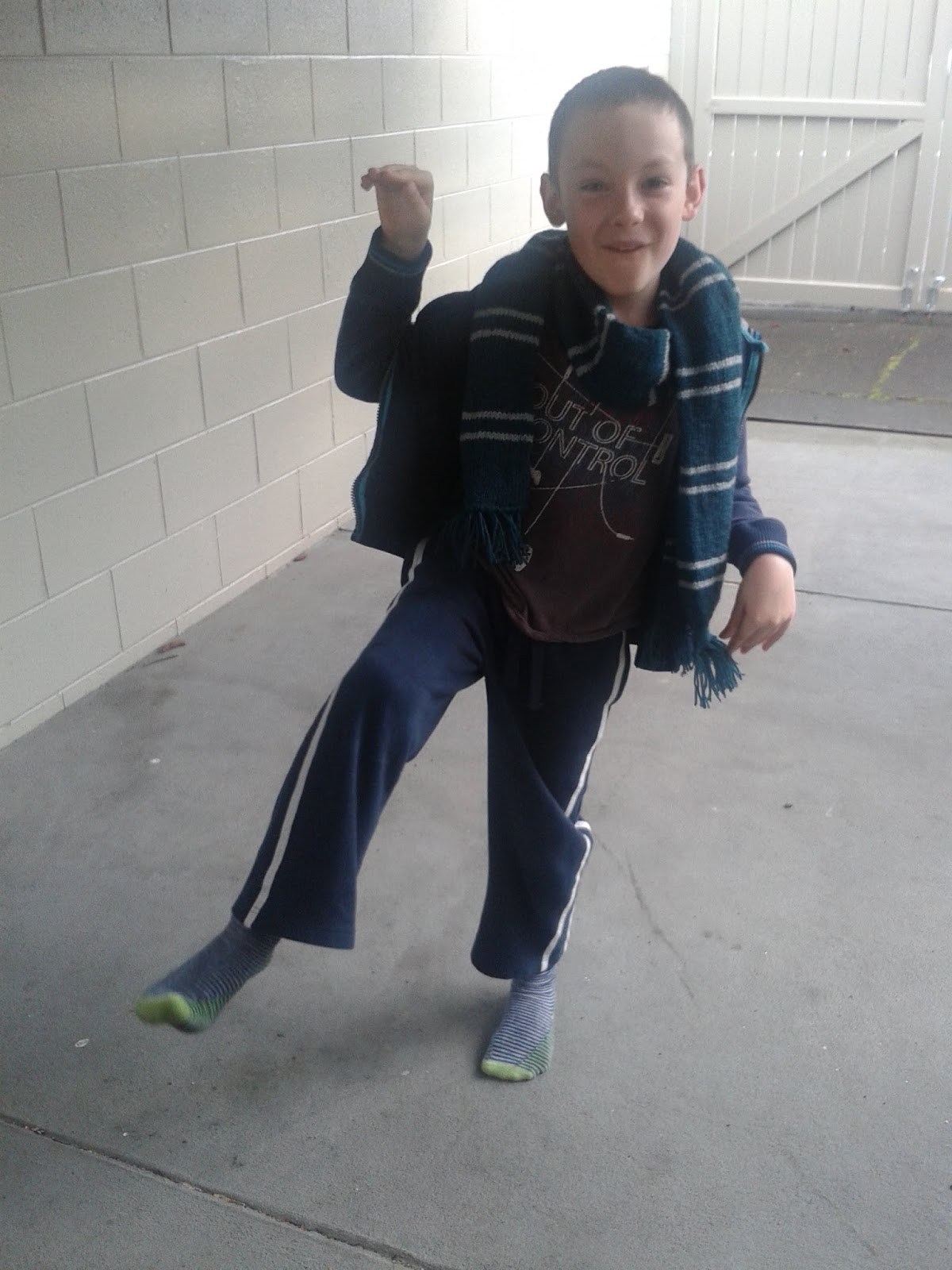 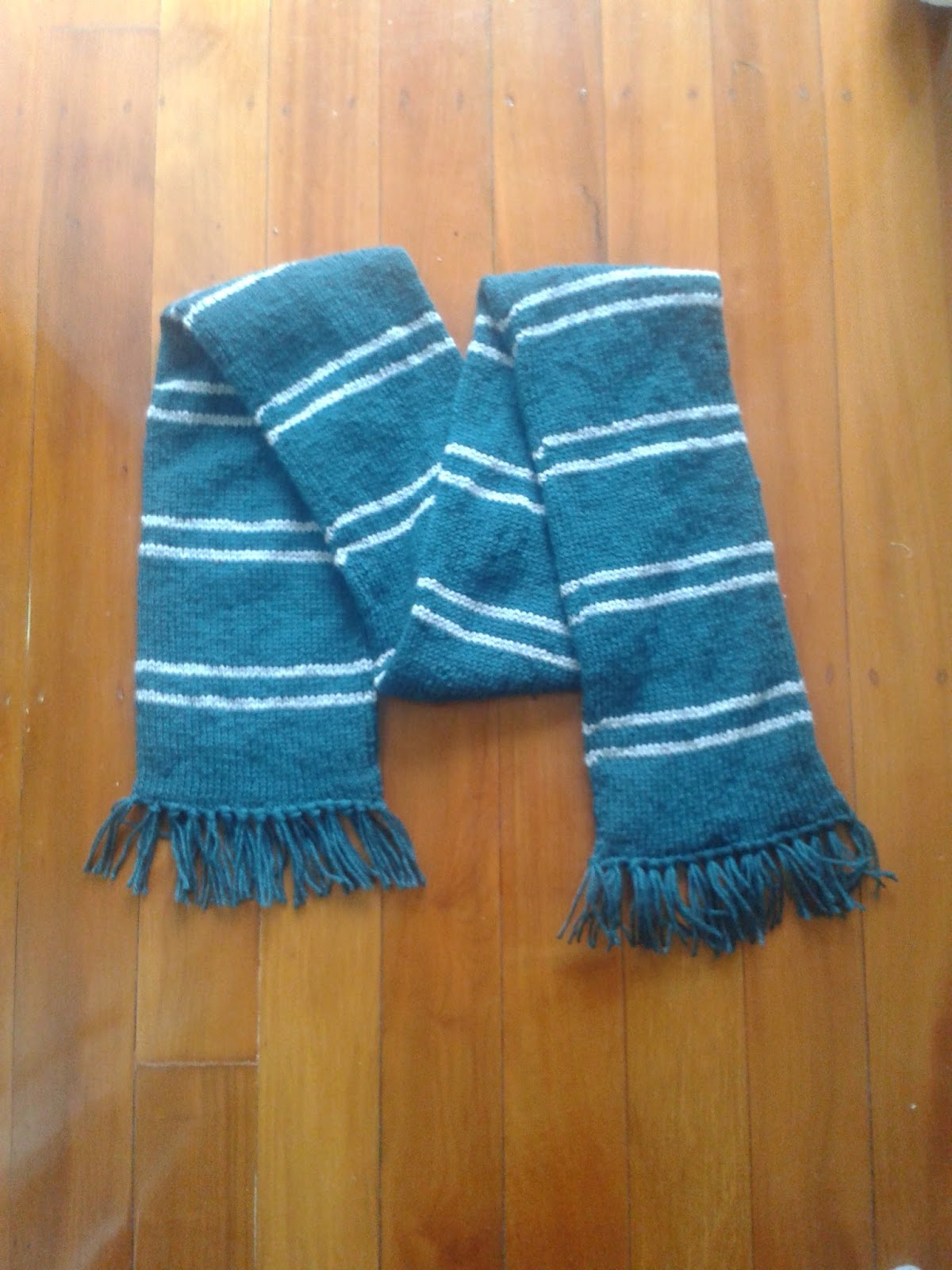 The original size was going to be way too big for my little guy, so I altered the pattern slightly by casting on 70 stitches and knitting a 20-2-4-2 row pattern (instead of 90 stitches with a 27-3-5-3 pattern).  You can see the size difference this created with X's original size Gryffindor scarf for comparison: 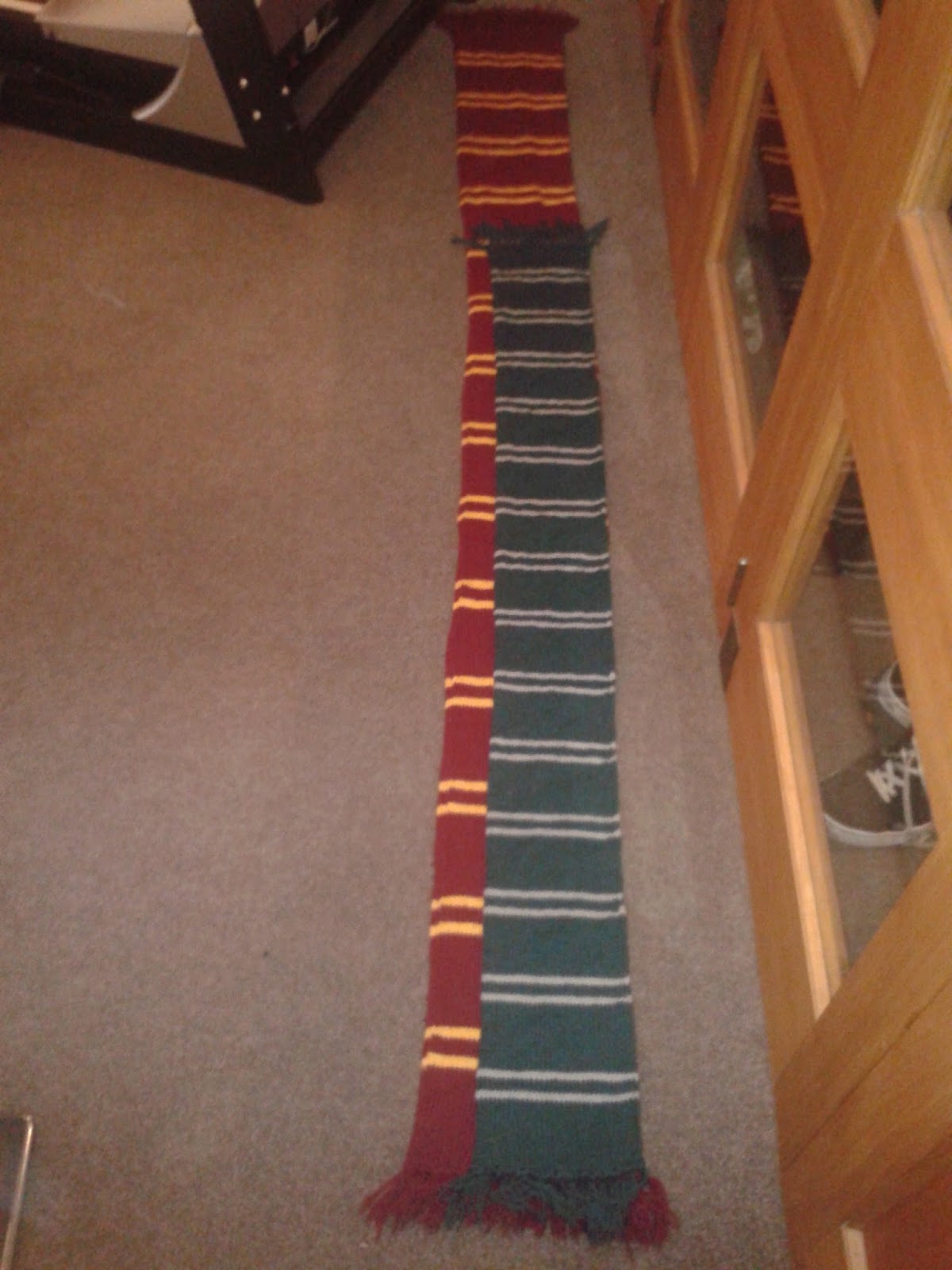 I used just over five balls of Countrywide Yarns Windsor 8ply for the green (shade 34), and about 2/3 to 3/4 of a ball of Naturally Loyal 8ply for the grey/silver (shade 940). 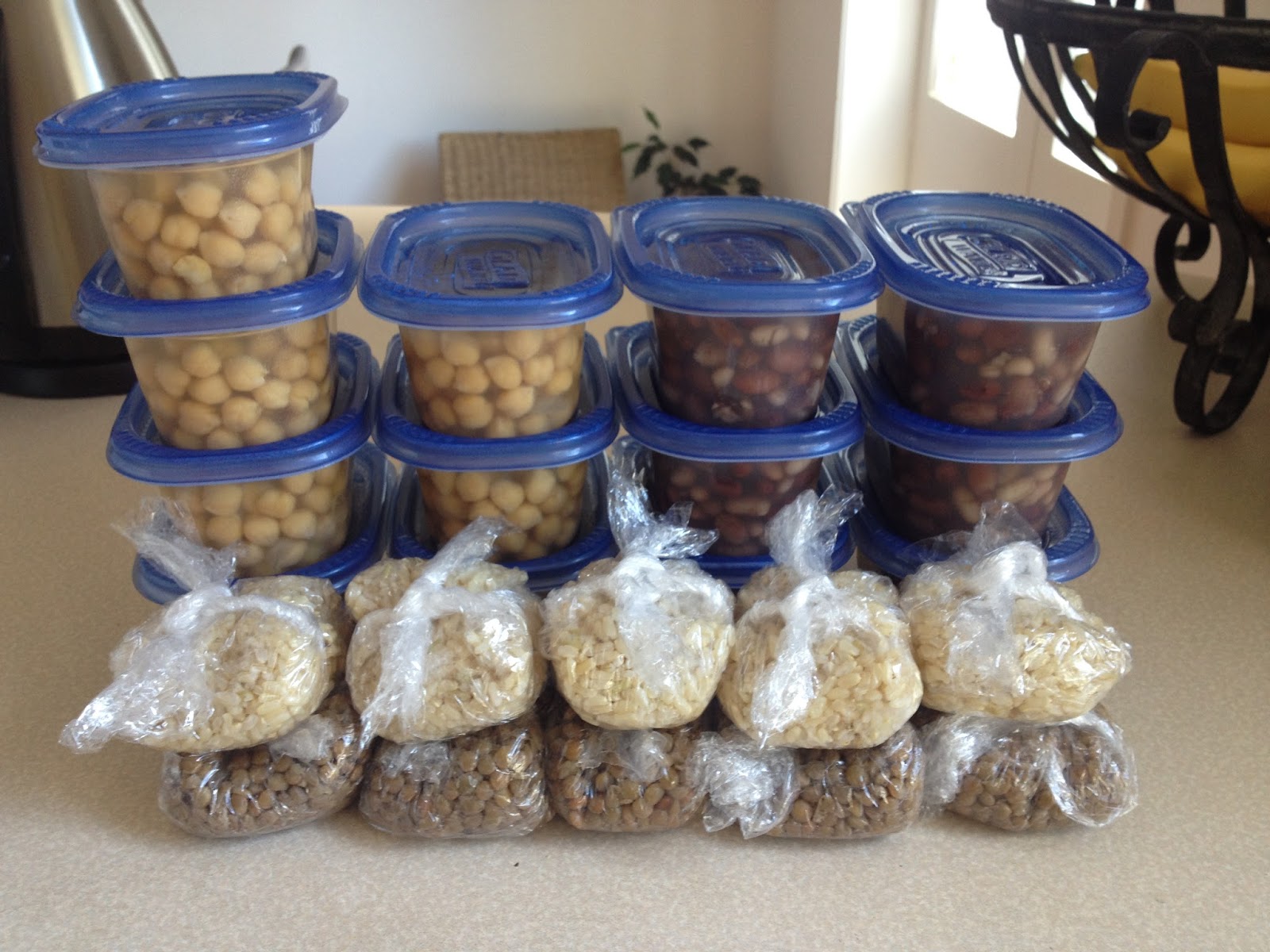 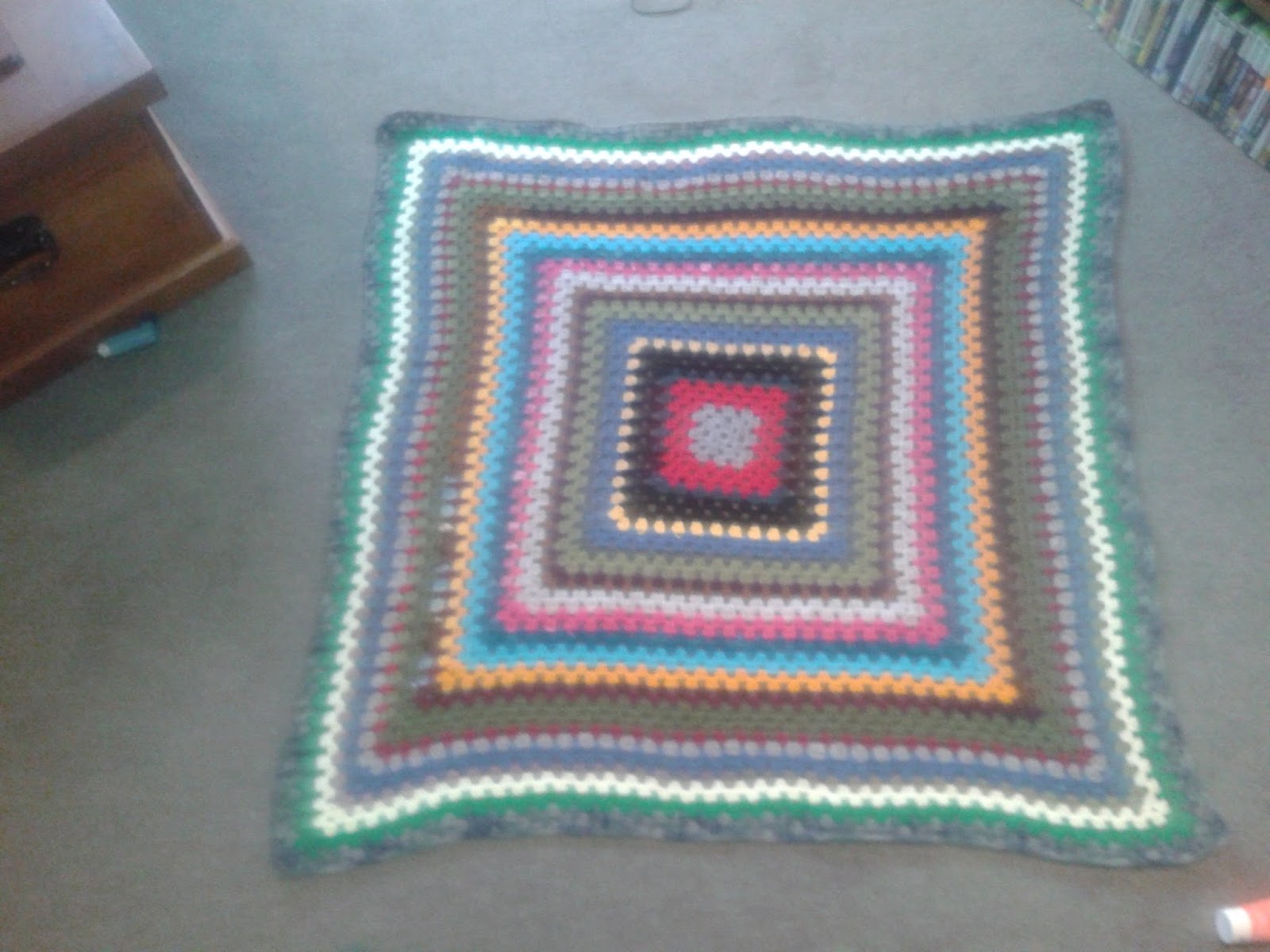 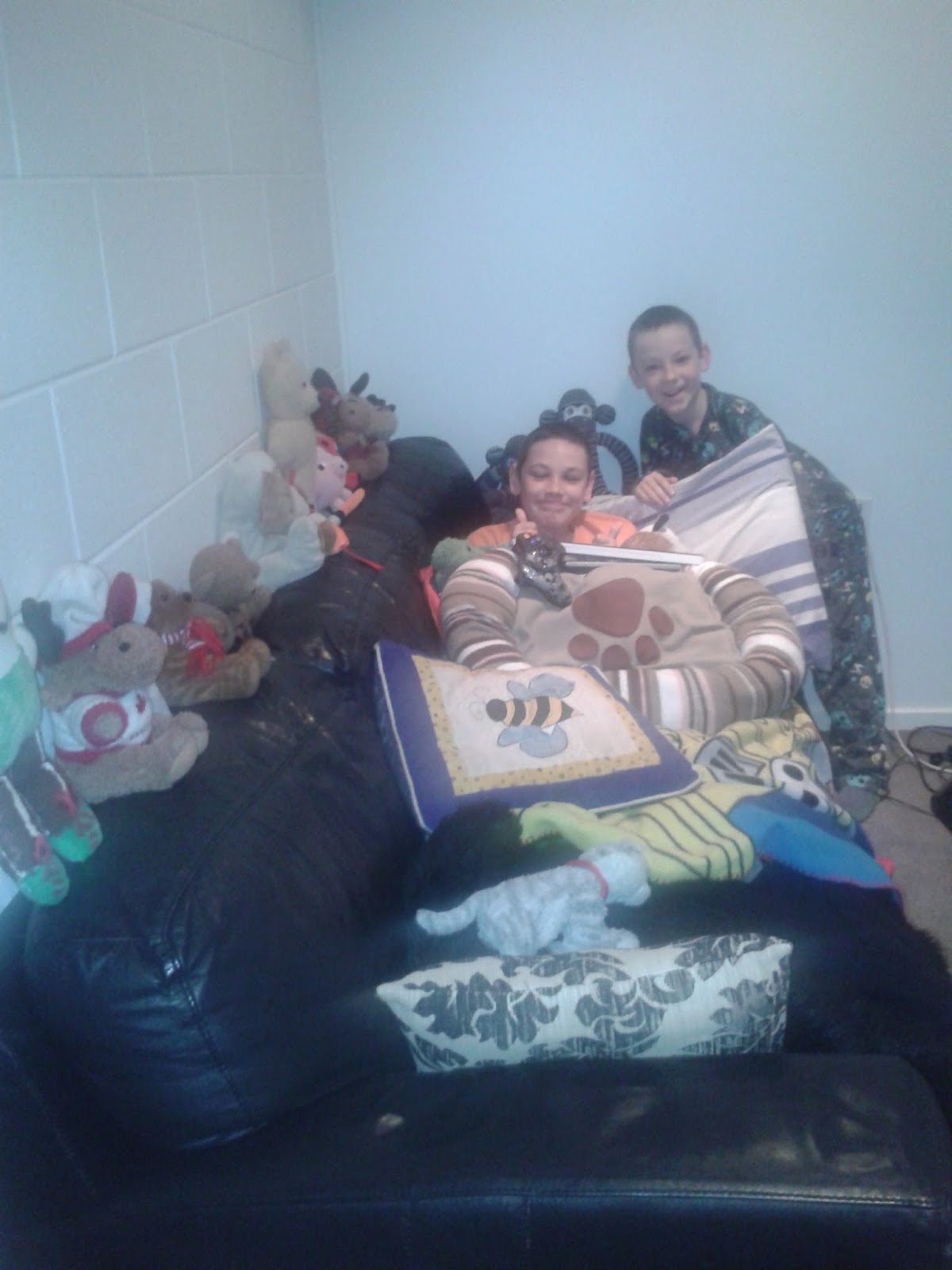 Ridiculous, but very cute and sweet.  Ah, brotherly love...
Posted by kreachr at 11:00