What did you do over the long weekend?  I drove down to Napier to spend the weekend with my best friend, watching all the Twilight movies, the first eight episodes of Outlander (all in one go, we went to bed at 4.45am!), eating copious amounts of junk food, shopping, drinking wine, and generally laughing our asses off.  It was the best way to unwind, and I loved every minute of it!  Okay, maybe not so much the queasiness after eating too much chocolate or potato chips.  That happened a lot.  But other than that, it was perfect.  We won't mention the alpaca burger incident... *shudder*

I also managed to catch up with family, and got to give Alonzo a good run.  He drives beautifully, and is really economical!  I love him.

I didn't get much in the way of pics over the Easter weekend, we were too busy enjoying ourselves, but here's a few: 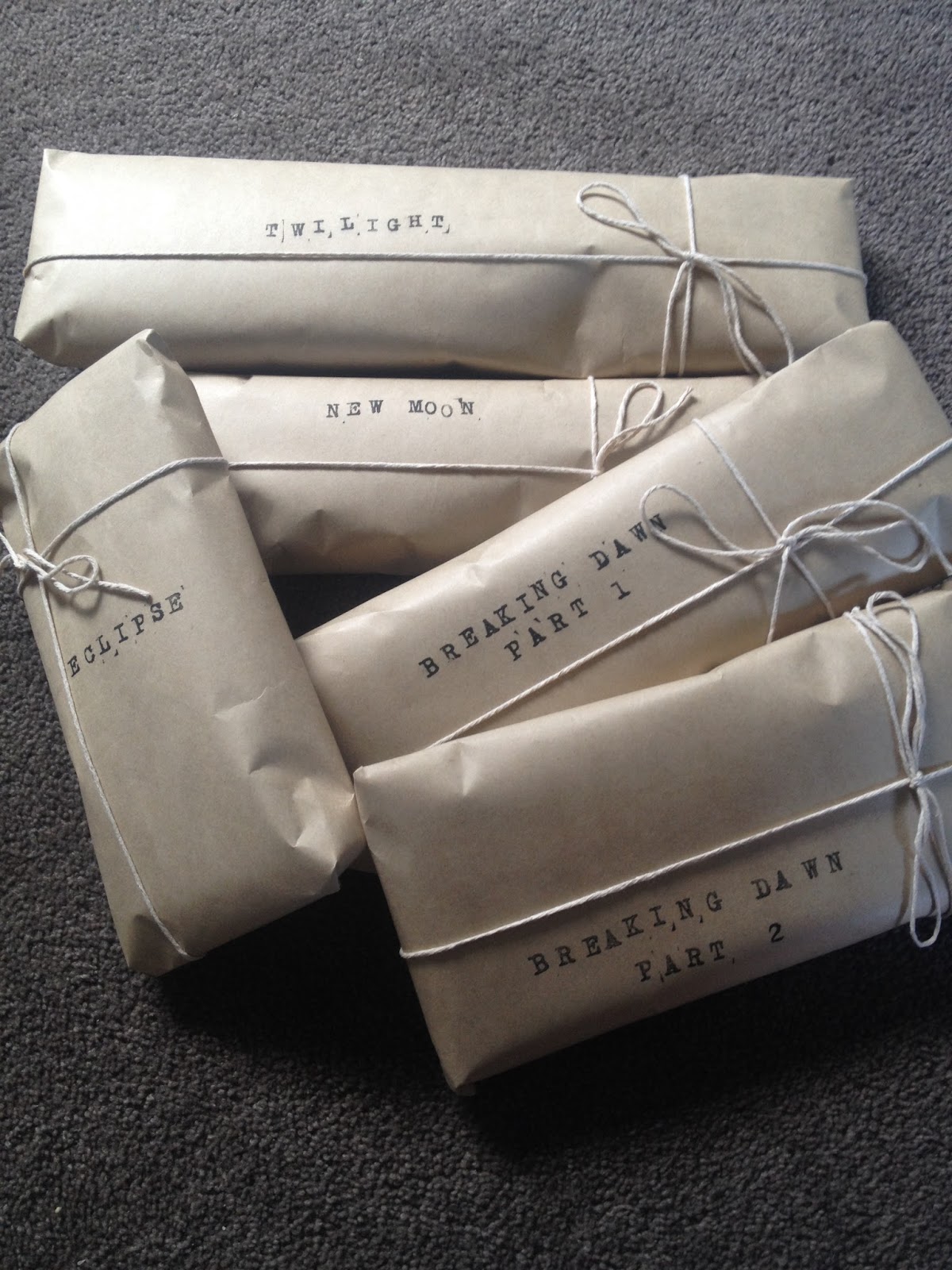 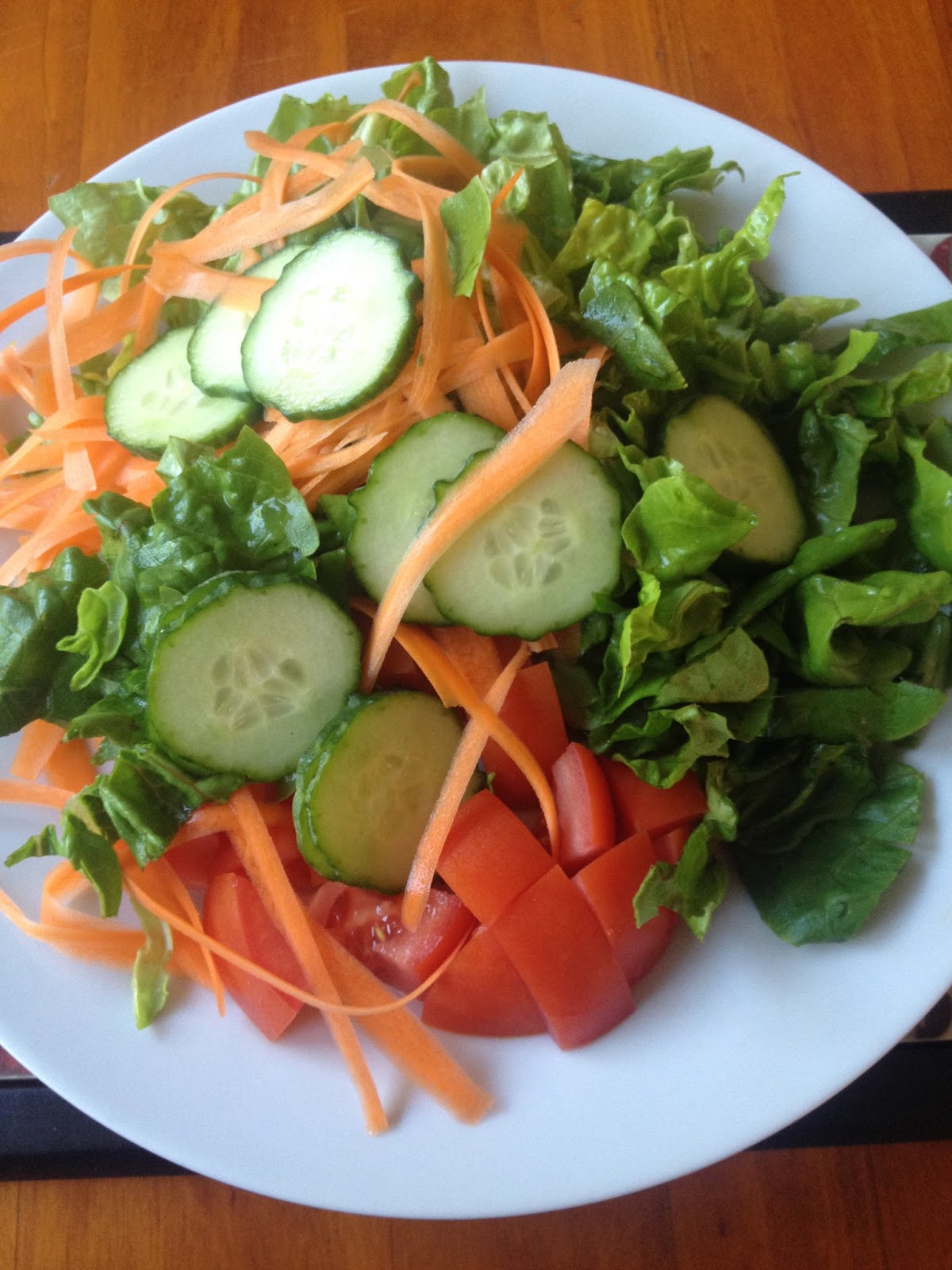 Giant salad - so very needed after a day of lollies, chocolate and potato chips, urgh... 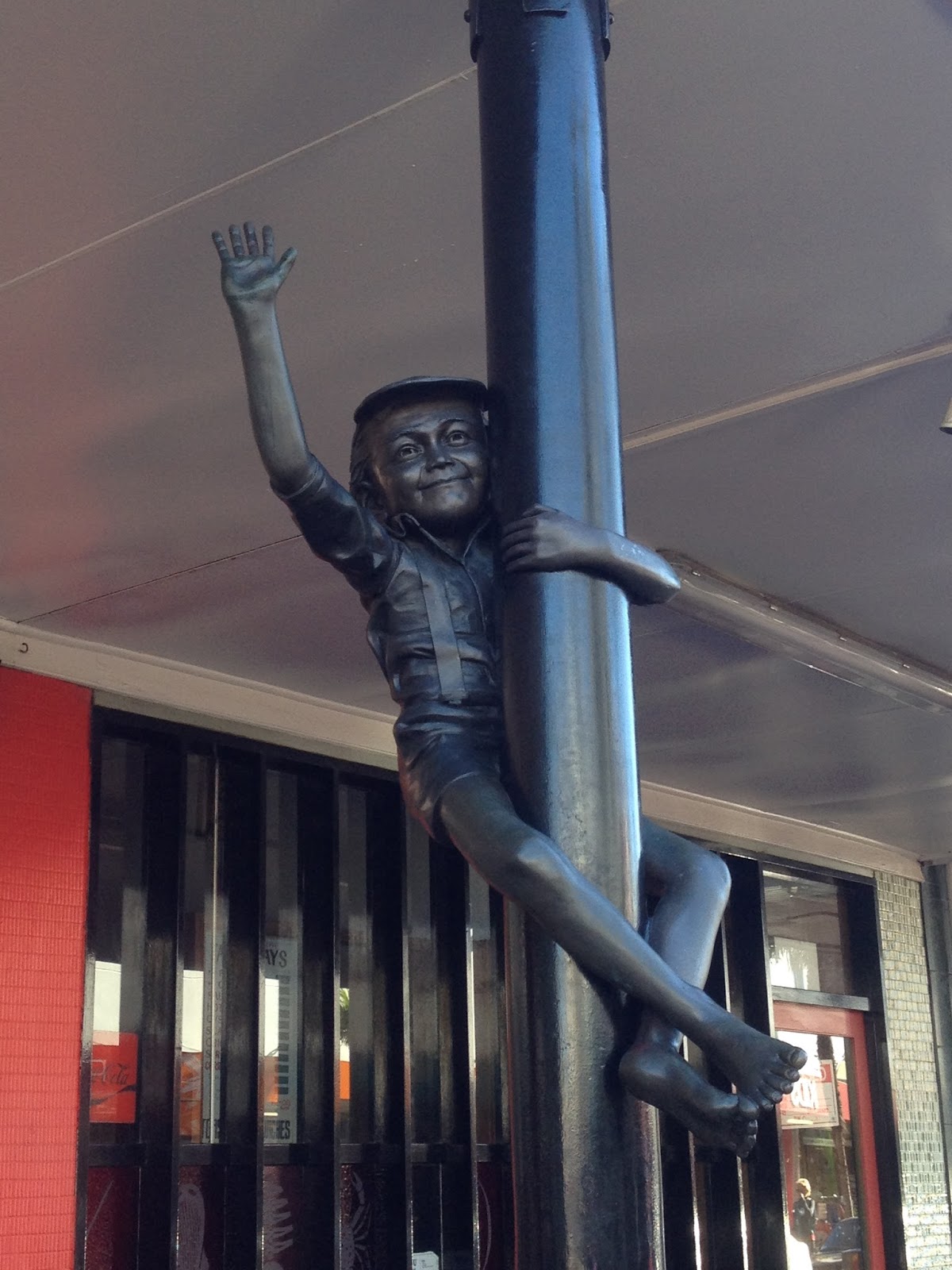 Here's a quick roundup of the movie knits: 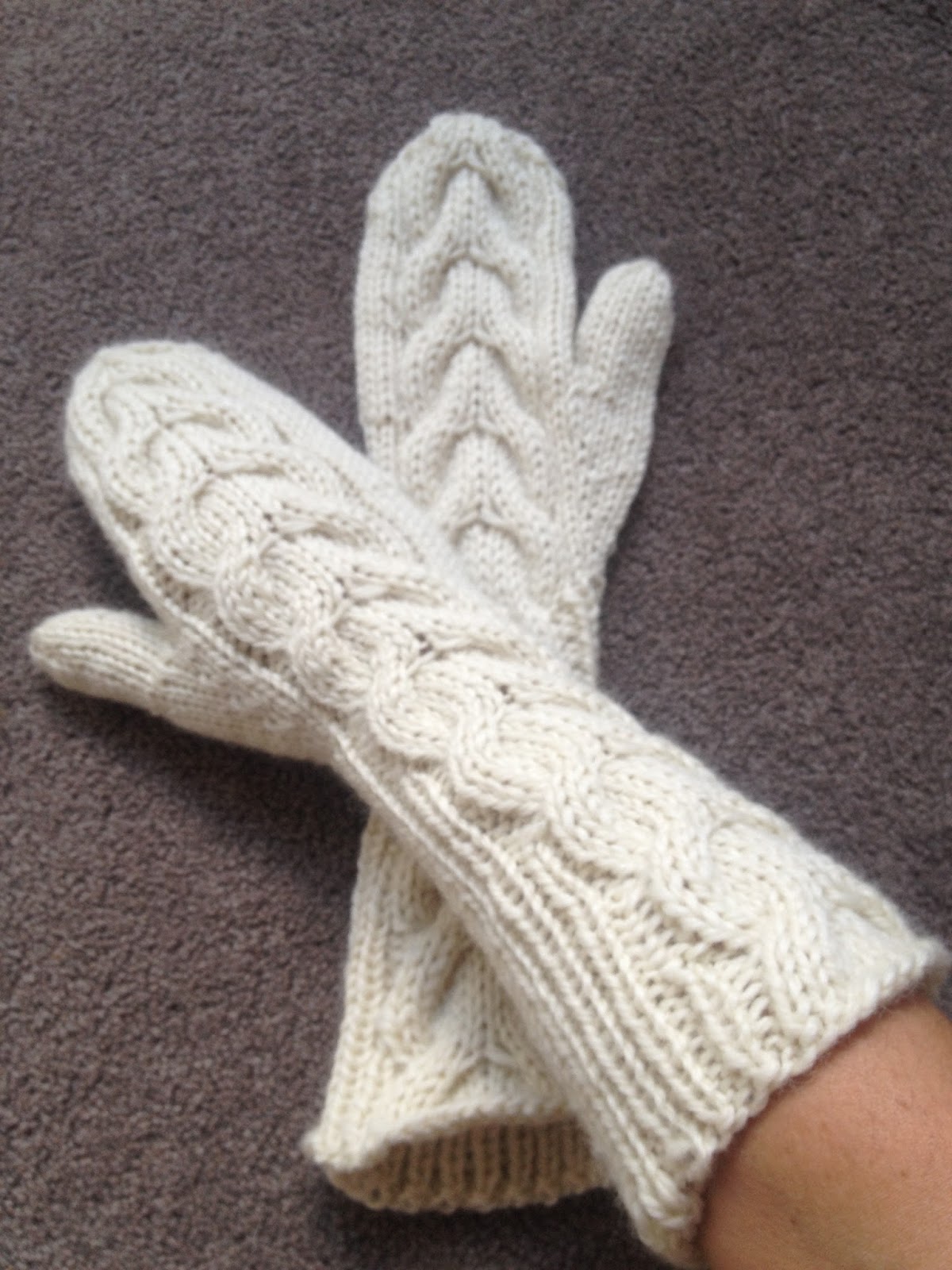 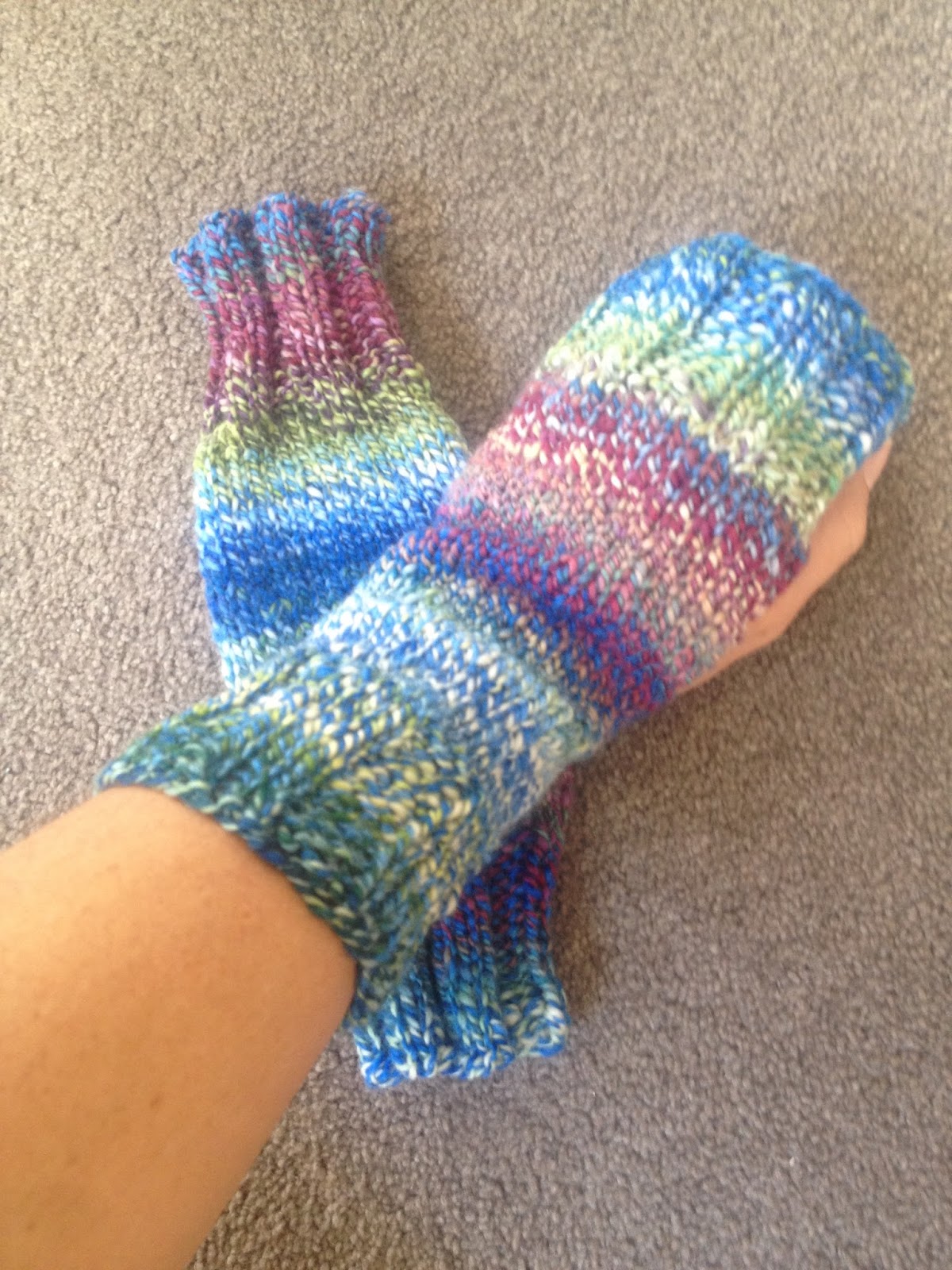 Alice's mitts, knit in handspun (miss misery from maude & me.) - for New Moon 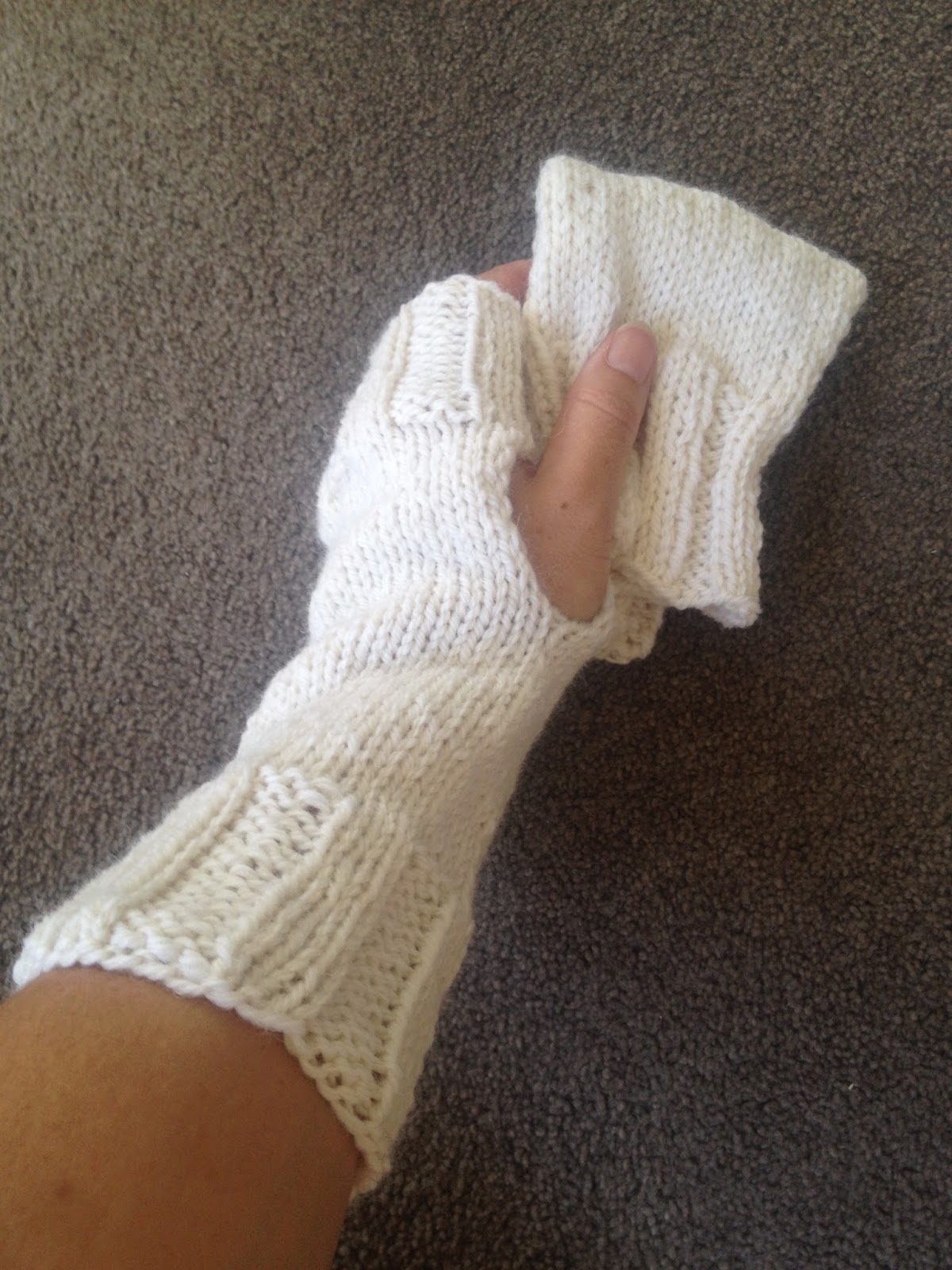 Another pair in white, in case Tania didn't like the handspun.  She did.  These ones are mine now. 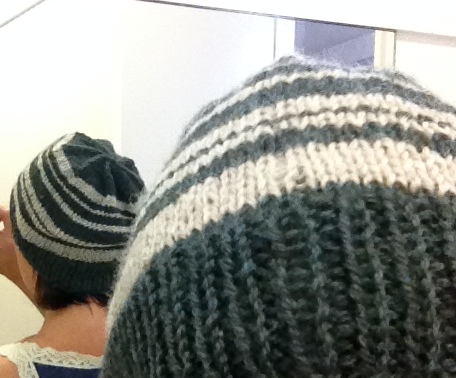 Bella's Eclipse Hat, knit in Skeinz Southlander (Java Bracken and Oatmeal) - for Eclipse.  I made two of these, so we both have one. 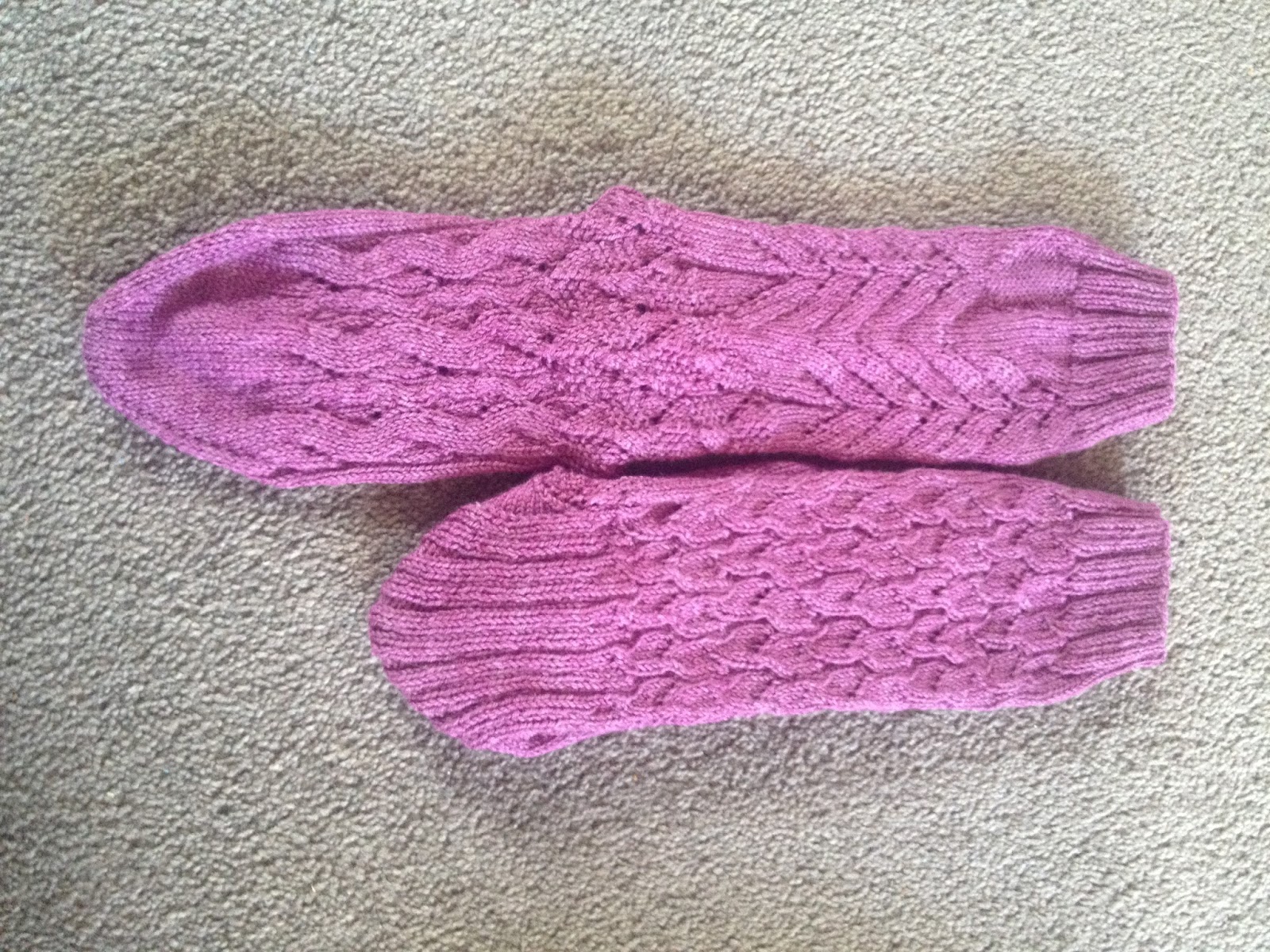 Forks socks, knit in an unknown yarn that I think might be HappyGoKnitty BFL - for Breaking Dawn Pt 1.  These (obviously) were not actually in the movie :) 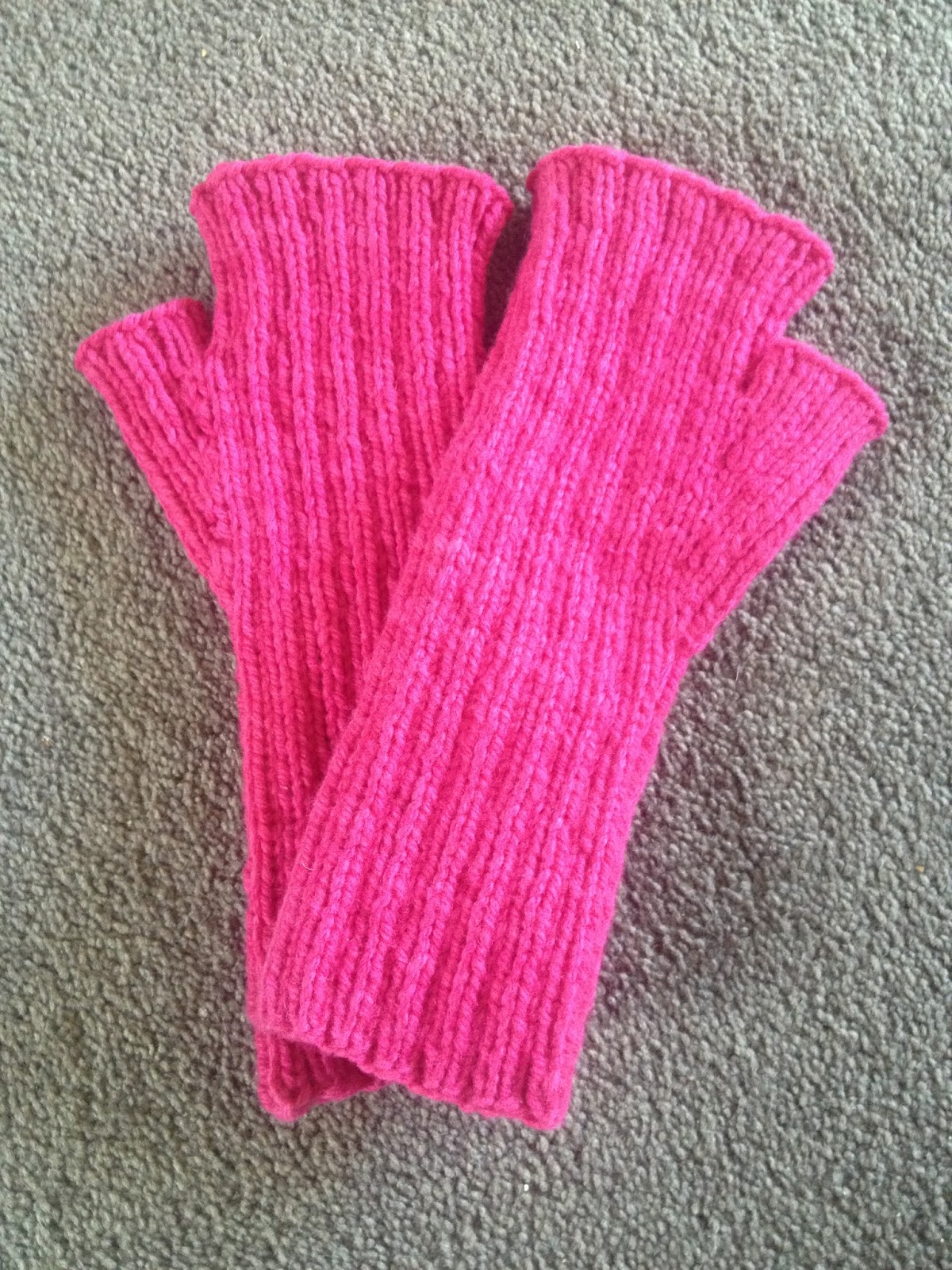 Breaking Dawn Pt 2 Fingerless Mitts, knit in Knitsch Delft DK 'Rose' - for Breaking Dawn Pt 2, obviously.  (They were black in the movie).  This yarn is super cosy, so I think I'll knit myself a pair.

The idea was that she would open a gift before the movie, then try to find said item in the movie.  I pretty much told here where they all were anyway, lol.  So yes, my Easter weekend was fabulous.  There were even a few hot cross buns in there somewhere...

In other news, my running mojo is coming back.  I've managed a few shorter runs and a 12km recently (no pics though - treadmills are not exciting).  I was supposed to go for a long run over the weekend, but ended up forgoing it in the interest of not destroying my knee.  I had vague ideas of heading to the Rotorua Marathon in May and running alongside my friend Sheryl (who by the way has been training like a BOSS - you go lady!!) but I don't think I'd be able to keep up with her ;)  I have signed up for the Double Rainbow in June though.  Last year I didn't run my best, and I placed 5th.  It would be cool if I could train properly for it this year and maybe make the top three.  It was a small field last year, and I'm hoping I'll actually have a chance.  Knowing my luck though, a bunch more fast people will sign up this year and I'll end up in the bottom half of the field...  We shall see.

I'm debating signing up for the XTERRA series.  I'd be keen to run the long distance again, but nobody else wants to sign up with me :(  It's not as fun trudging out on cold wet mornings by yourself.  Plus, it costs $345...

This weekend is a biggie.  Martin and I will be going to the inaugural Reel Wild Film Festival on Saturday.  We shall be drinking all the beer and watching all the movies!  On Sunday there's supposed to be a run with Jo Johansen (one seriously impressive ultra trail runner) in the Waitaks as part of the event, but instead we'll be accompanying our friend Rob who has some unfinished business with the Piha to Muriwai section of the Hillary.  34km run after a day of beer and pizza?  Should be sweet...
Posted by kreachr at 10:07